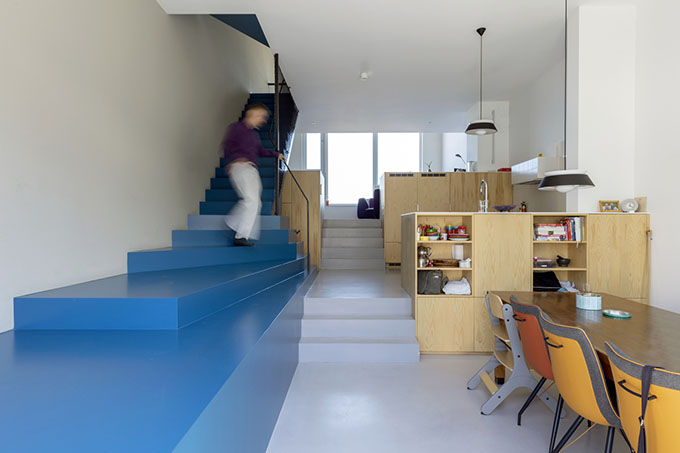 BETA office for architecture and the city designed this inspiring 654 m2 residence located in Amsterdam, The Netherlands, in 2017. Take a look at the complete story after the jump. 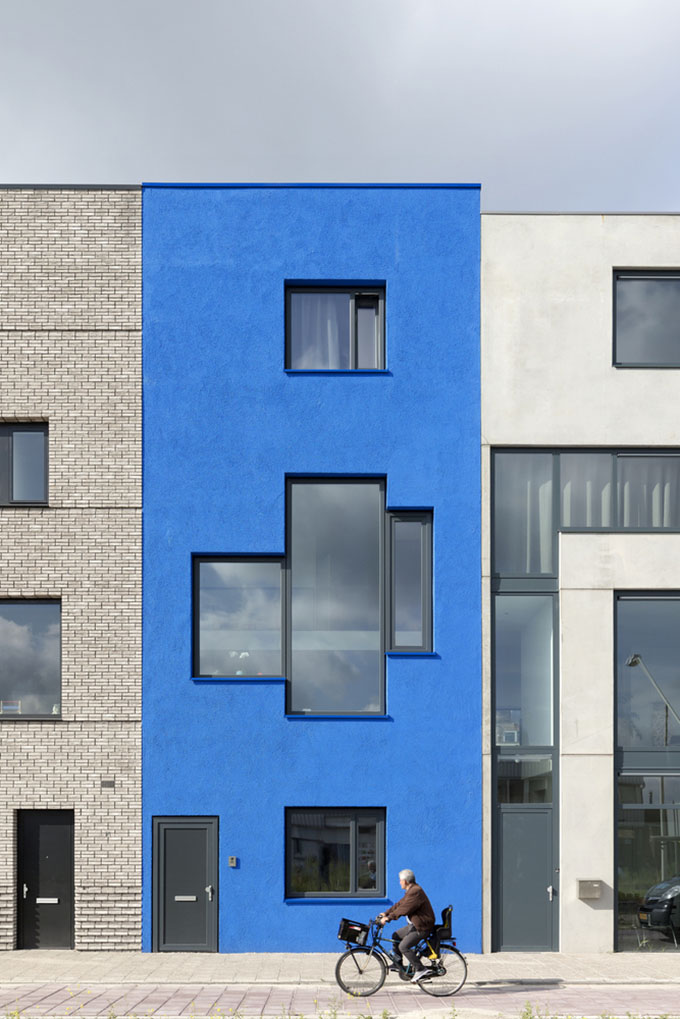 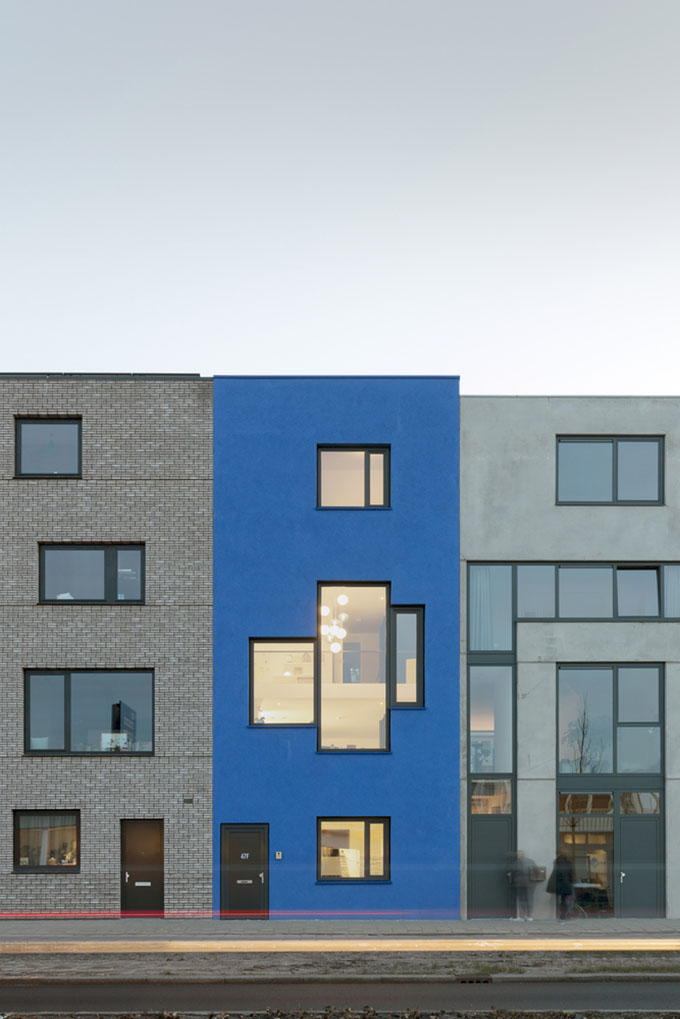 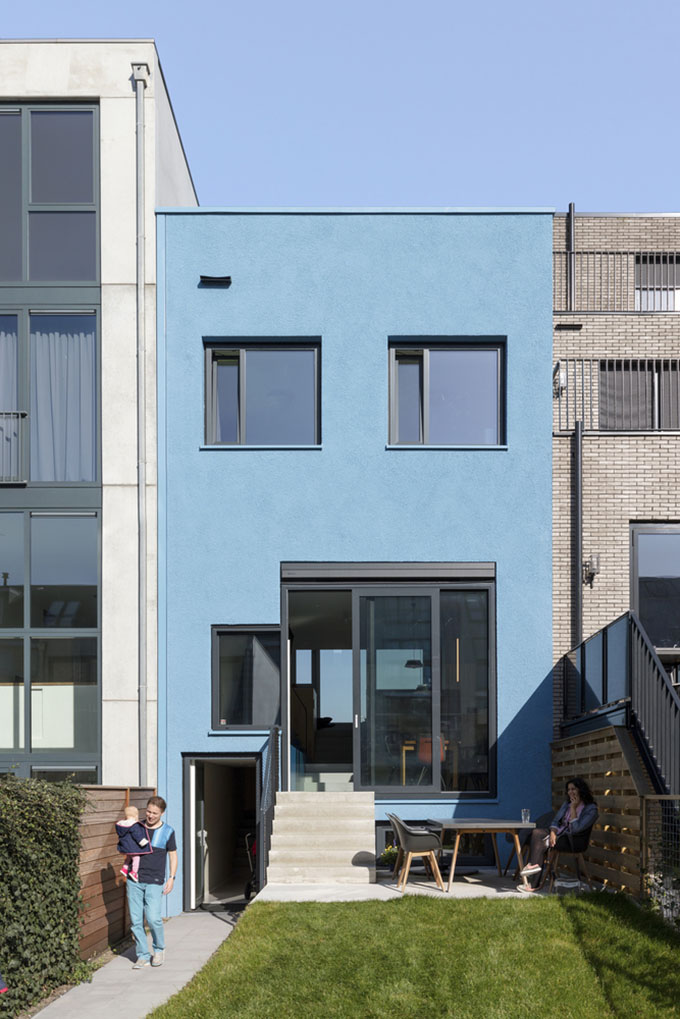 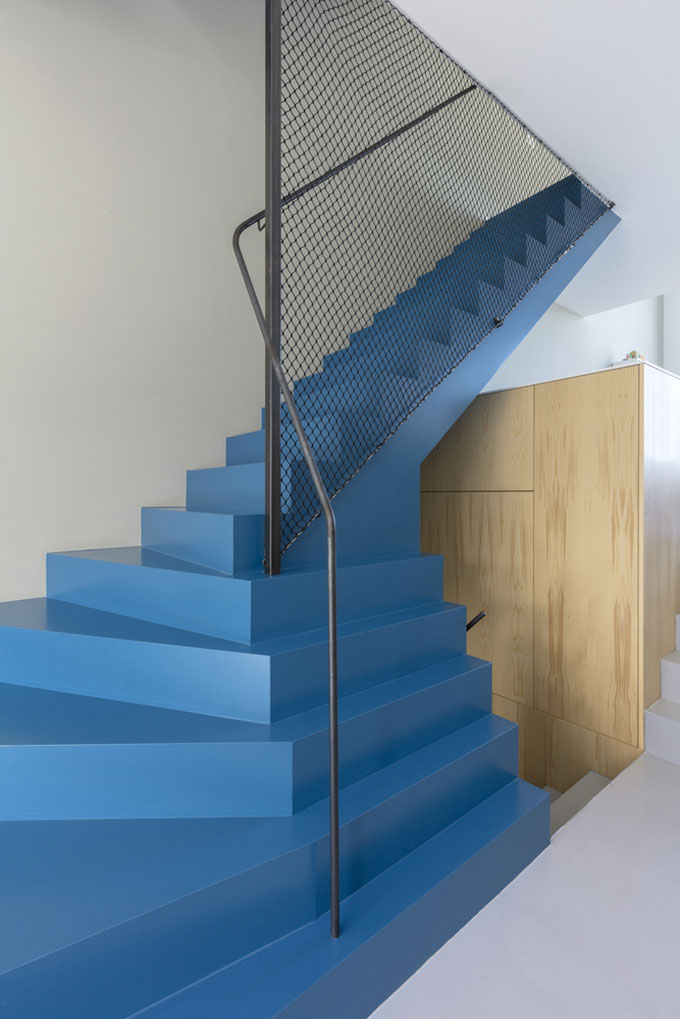 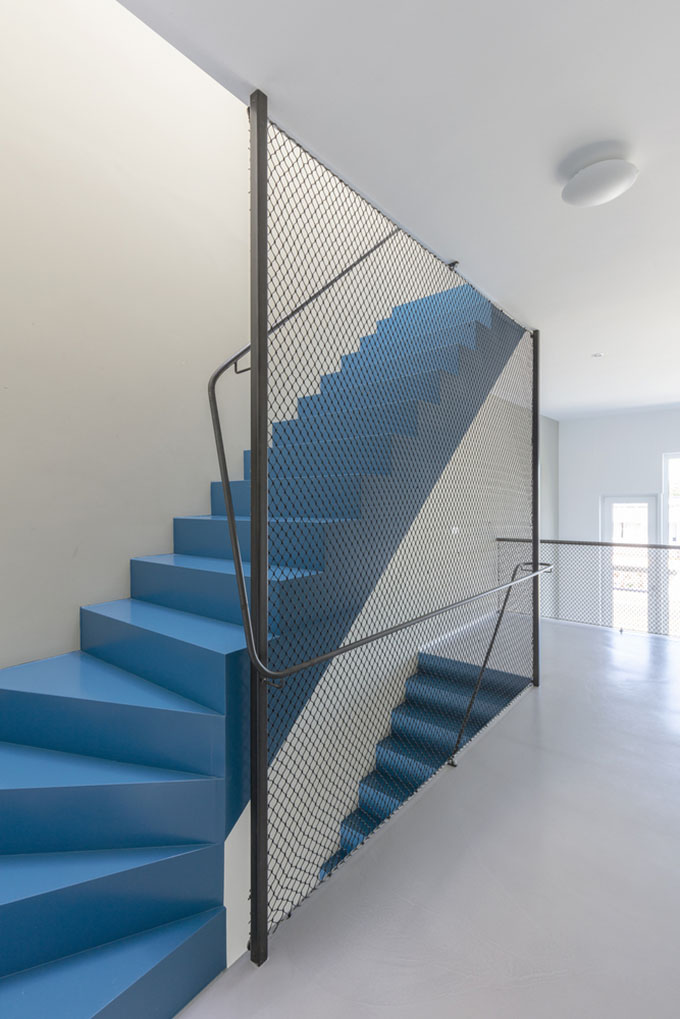 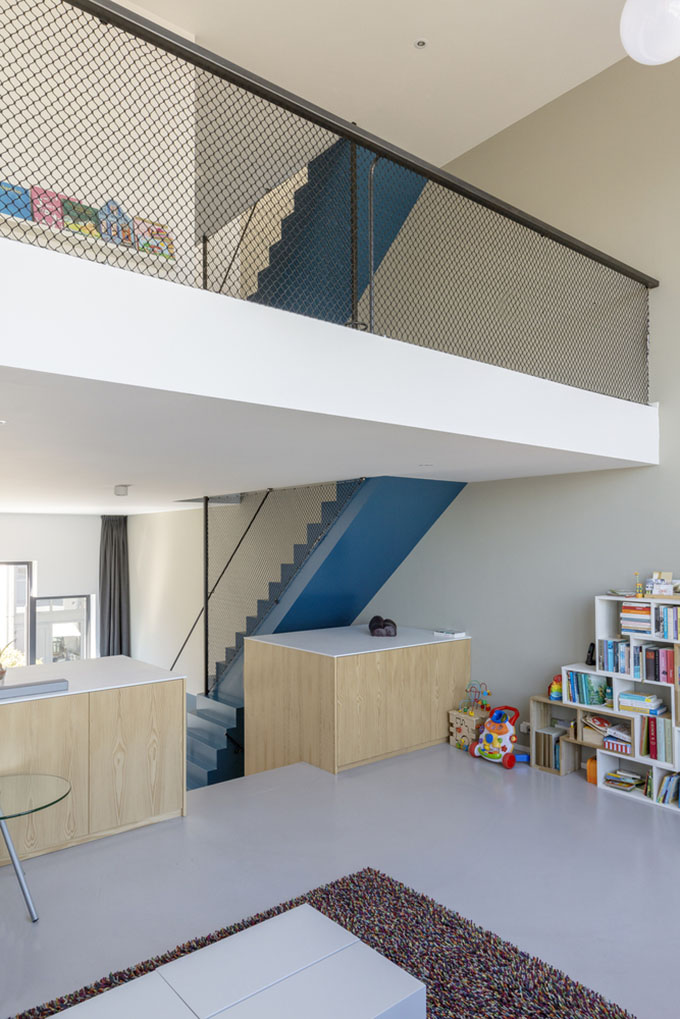 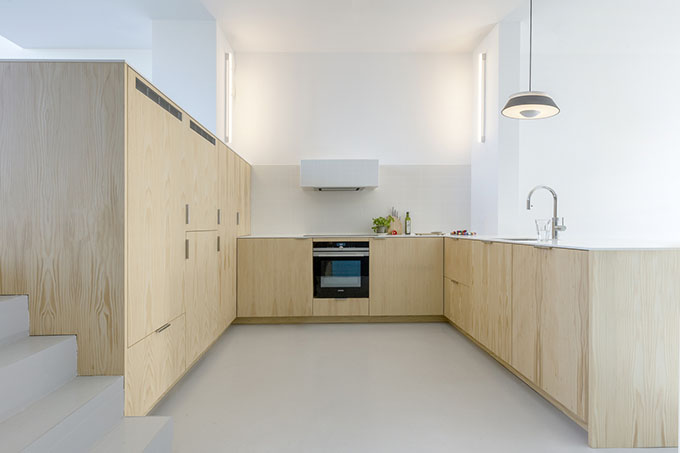 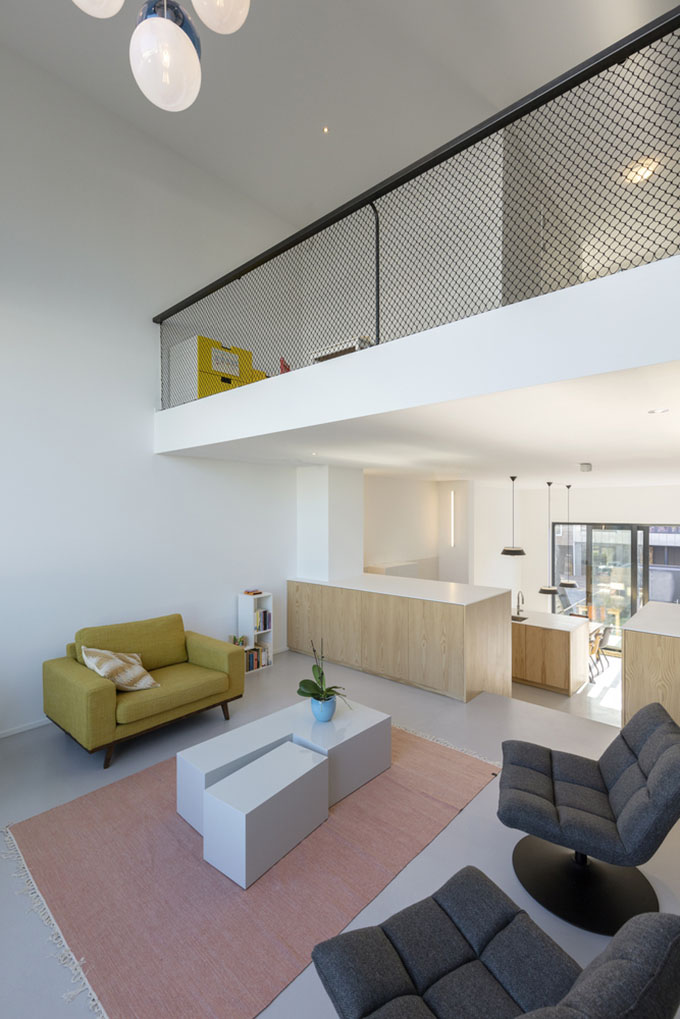 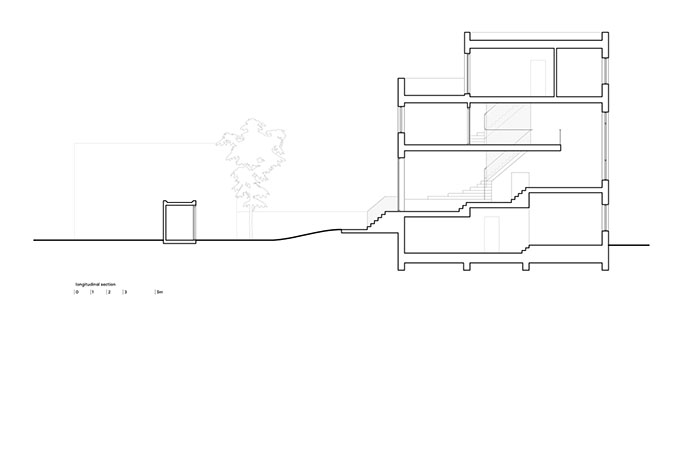 From the architects: Blue House is not polite: it is an expression of the hyper-personal. Enveloped in Yves Klein Blue it both questions and celebrates Build-It-Yourself architecture.

As with many developments initiated during the economic recession, the brownfield redevelopment of Buiksloterham was kickstarted by Build-it-Yourself (BIY) plots. This form of urban development leads to experimentation in the house typology. Personal preferences in spatial organization make their way to the façades, resulting in eclectic streetscapes. Blue House is an experiment, paying homage to this condition and at the same time criticizing it.

Blue House celebrates individuality and undeniably reflects the clients’ colorful personalities. Tailored to the combination of entrepreneurial and family life, the house sits on top of the office. A sculptural main living space starts out raised above passing traffic and cascades down into the garden, creating a strong visual connection with the outdoors from every level. Large openings in opposite façades balance natural light, while the space is formed by the plasticity of kitchen and staircase. Apart from the haptic steel railings, all surfaces are dematerialized and artificial.

While Blue House reflects the hyper-personal, it lacks many formal characteristics of a house: it even seeks to disturb the image of a typical home. Its materiality and its spatial characteristics resemble those of a public building rather than a domestic interior. The façades are enveloped in Yves Klein Blue and adorned with figurative compositions. The house is deliberate in its ambiguity: does it want to stand out between its soft-toned neighbors or does it want to vanish? 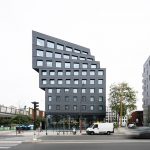