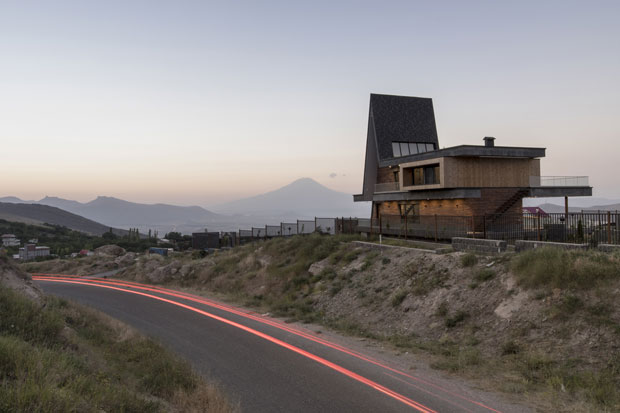 White Cube Atelier designed this stunning private residence located in Maku, Iran, in 2017. Take a look at the complete story after the jump. 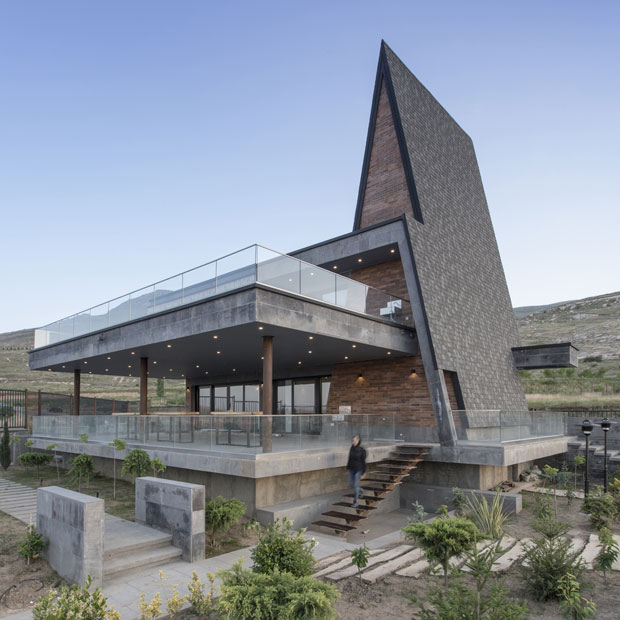 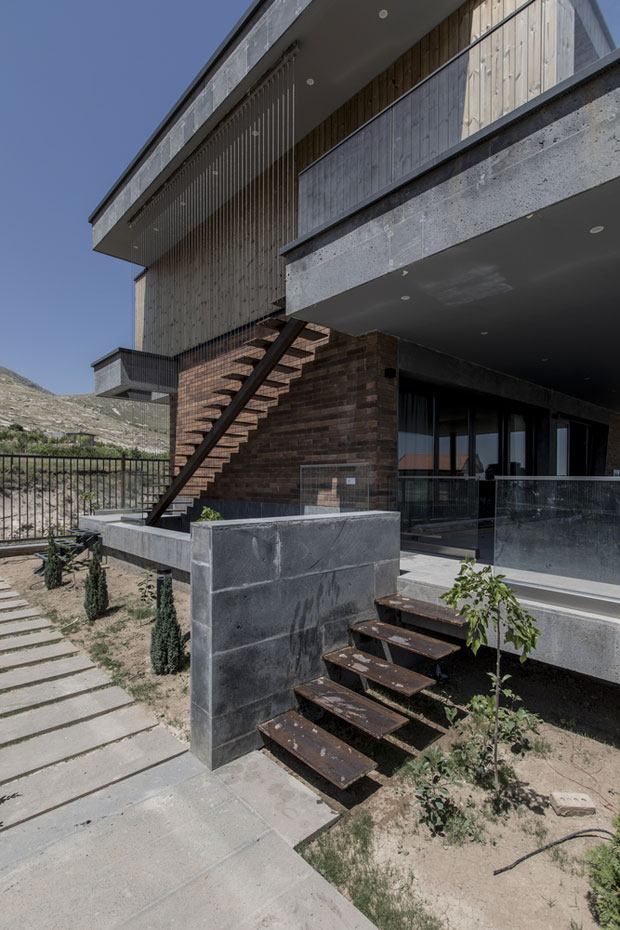 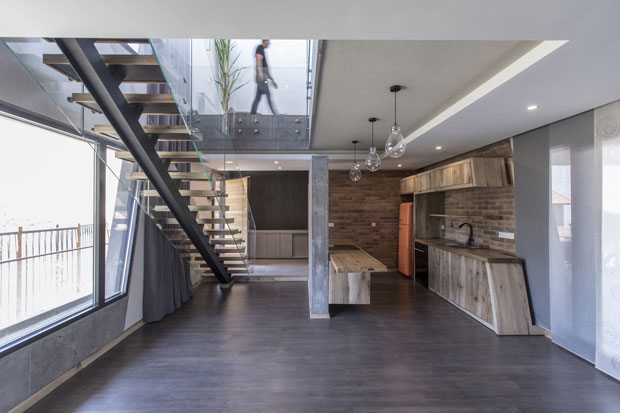 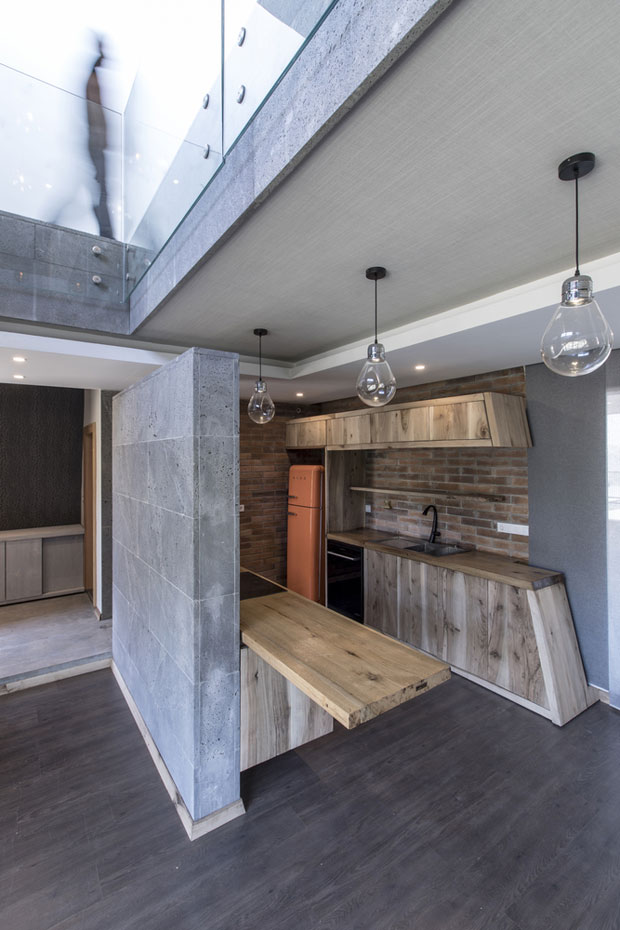 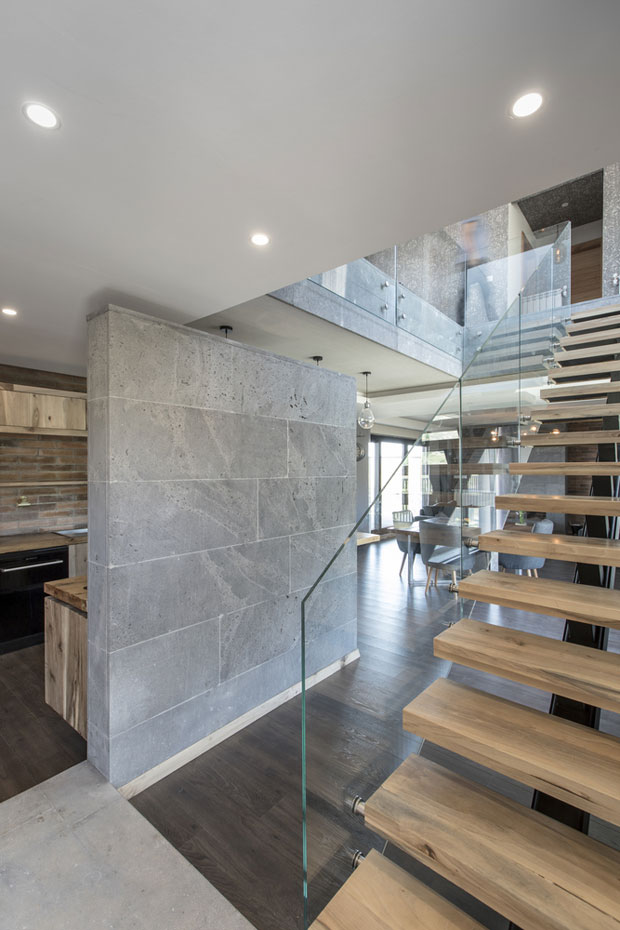 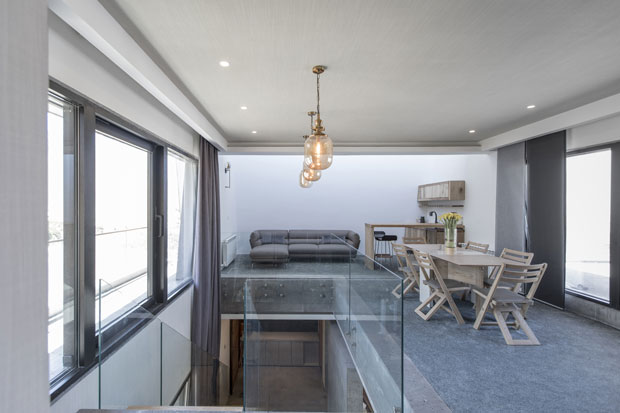 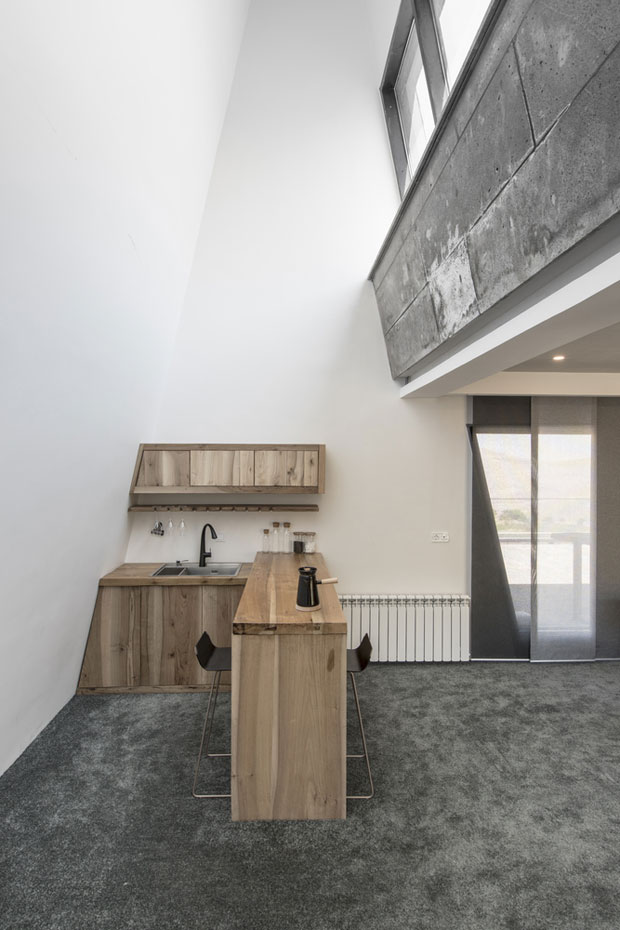 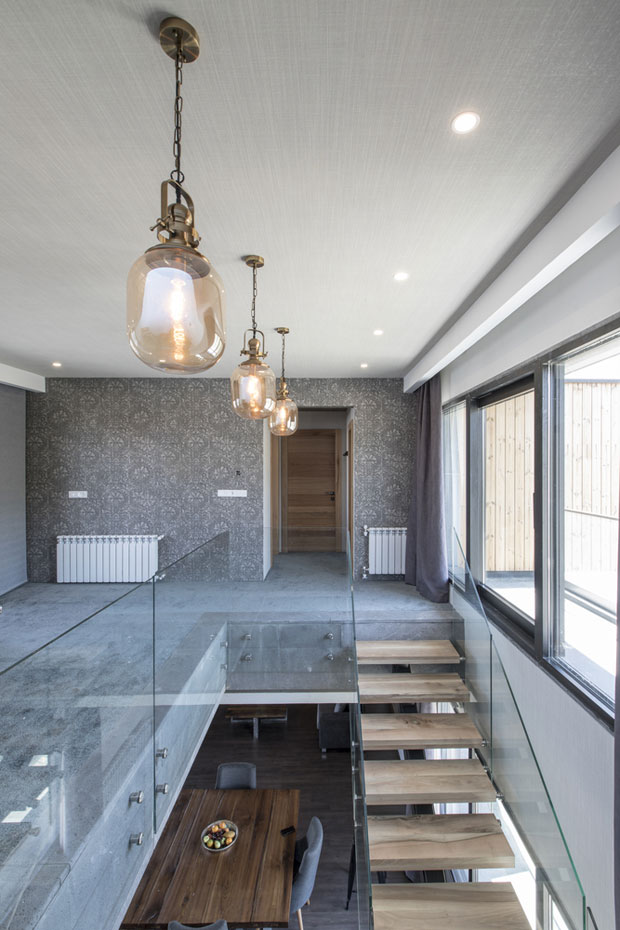 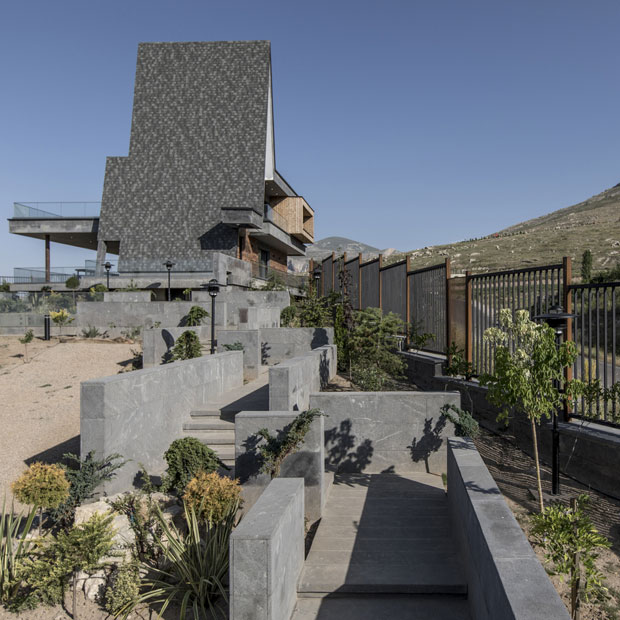 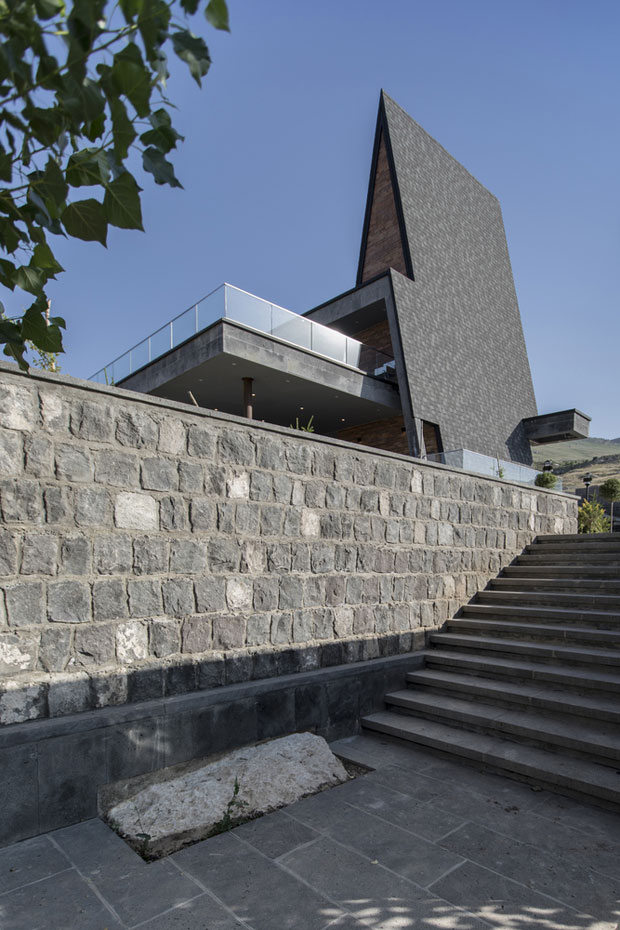 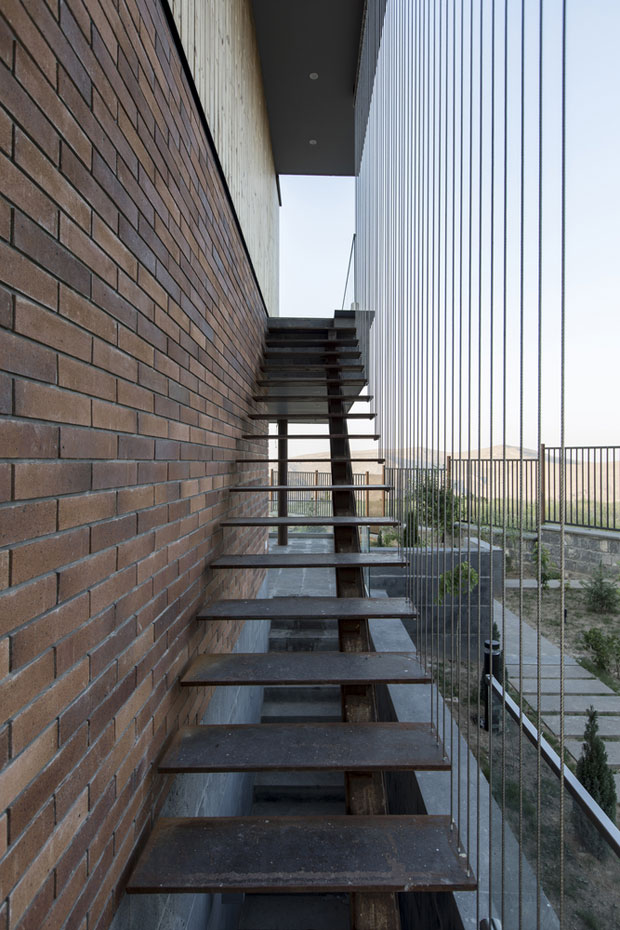 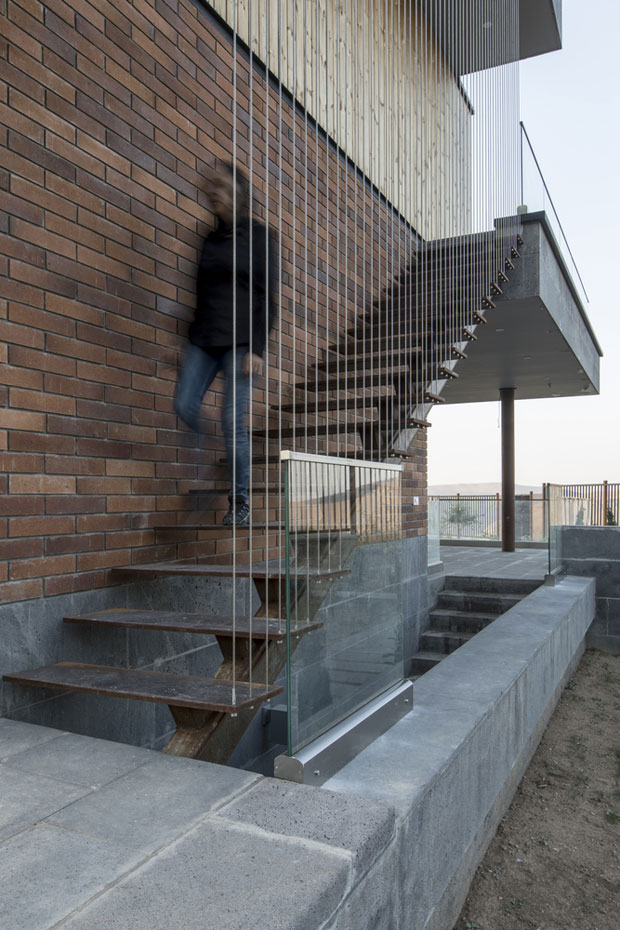 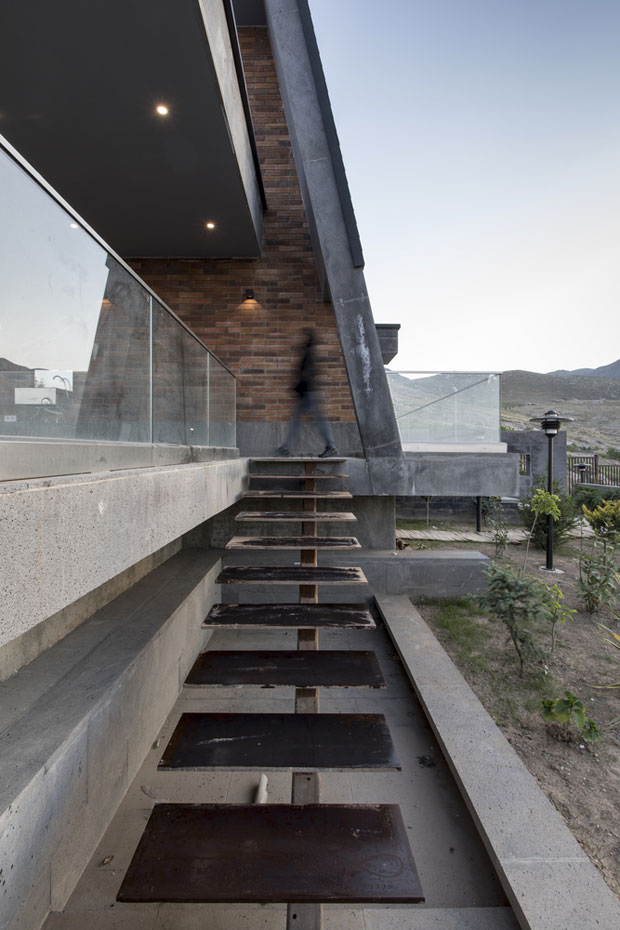 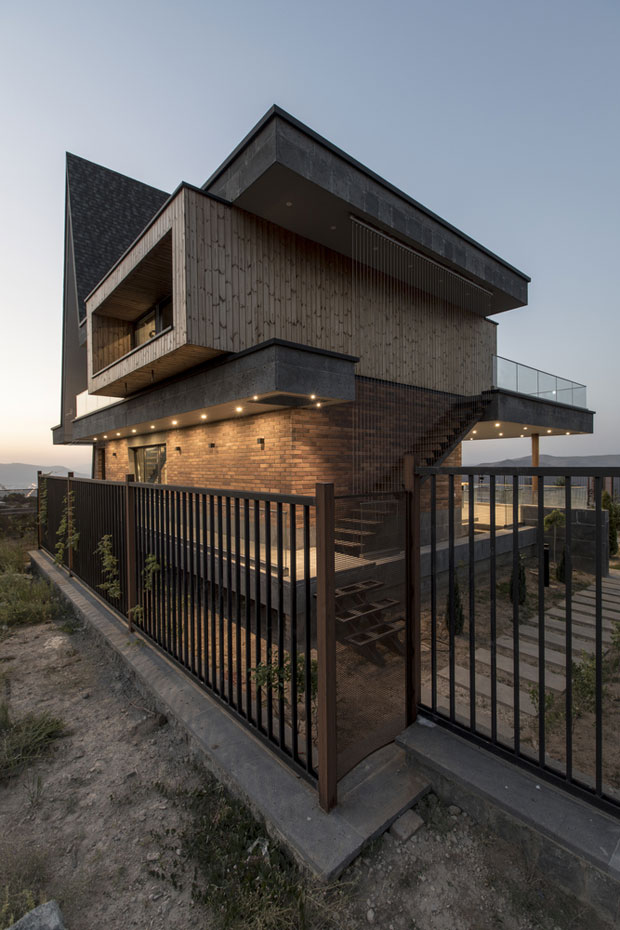 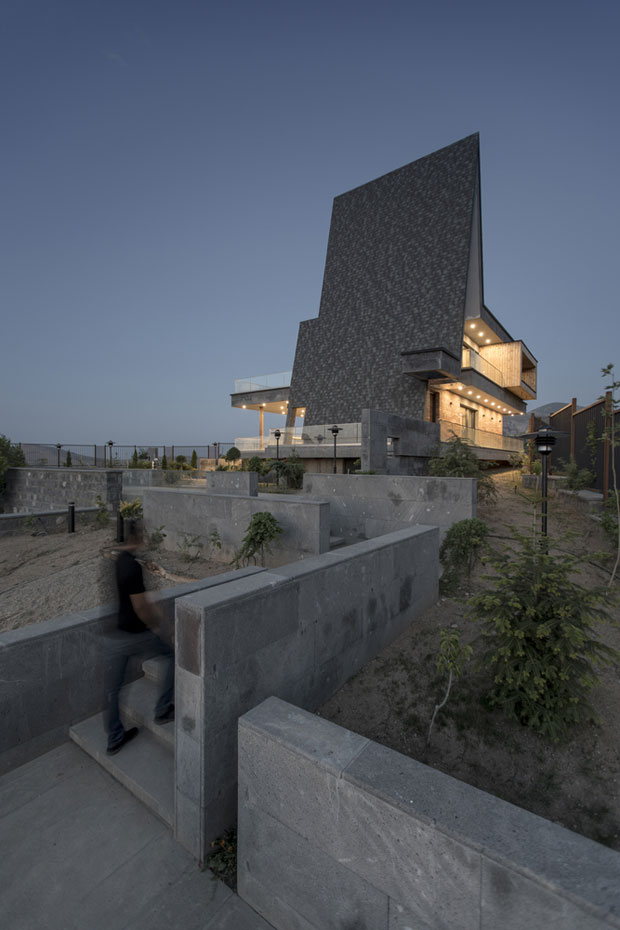 From the architects: The name of the project is derived from the old name of the city – Maku- where this villa is located in. Maku as a border city in northwest of Iran, has differentiated climatic qualities like heavy snows, rainy days and green plains around.

Formation of the concept was the result of a challenge between the client and the architects; The commission was to create a distinctive family retreat on Qare Khach slopes, and to consider providing spectacular views over natural sceneries around. So we initiated dialogue about the skyline and re-defined gable roof by deconstructing stereotypes. The dynamic soaring skyline caused an iconic form and diverse views to the building while providing potentials for designing the landscape and interior spaces.

The project is located on the slopes which enjoys a great view to Mount Ararat and the whole city.It is comprised of a 150-square-meter building and 150 –square-meter terraces. Stretched terraces, one protected by roof and the other held by 3 slender columns are completed by frameless glass railing to maximize transparency. A cantilevered glass deck is also added to landscape.

The villa blends into the landscape, following the geometric lines of the building to organize surrounding slopes. The user faces a maze as he enters the site; so he has to change the direction while approaching the building and encountering different skylines. The villa is divided into 3 zones which are connected by stairs: a public zone with kitchen and living room on the ground floor, a private zone including bathroom and bedrooms on the first floor and a fully transparent zone which is formed by terraces.

Another focal point is the choice of the finishing materials for the facade. These are intended to give light and identity to the building; Basalt stone is utilized as a vernacular material which is used in masonry historical buildings of this district, large picture windows which are influenced by the form of gable roof are added to permit fluidity and transparency to the spaces, and the gable roof is covered by shingle cladding that is perforated by the eastern skylight, so sun rays penetrate through in the early morning. 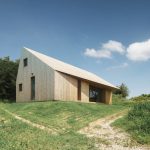 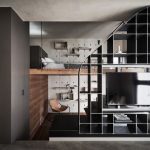