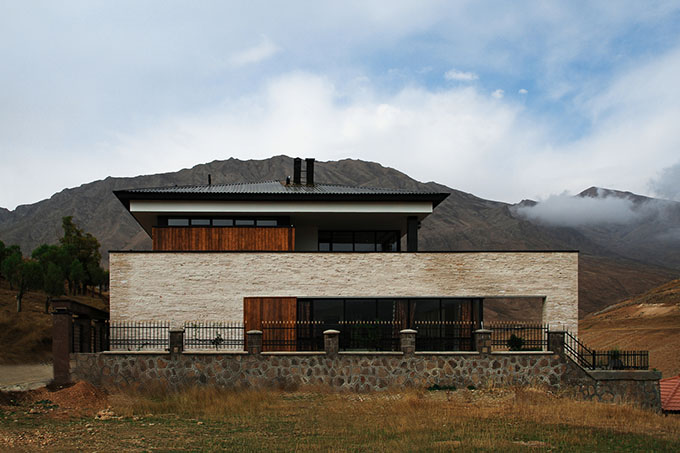 Special Space Studio designed this stunning 1000 m2 private residence located in Polour,Tehran, Iran, in 2013. Take a look at the complete story after the jump. 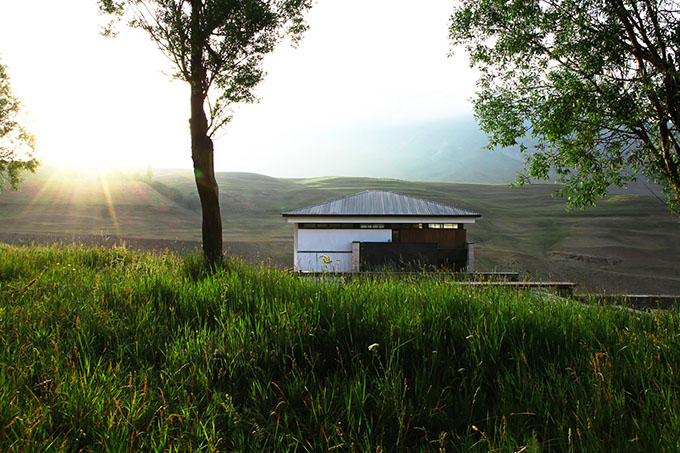 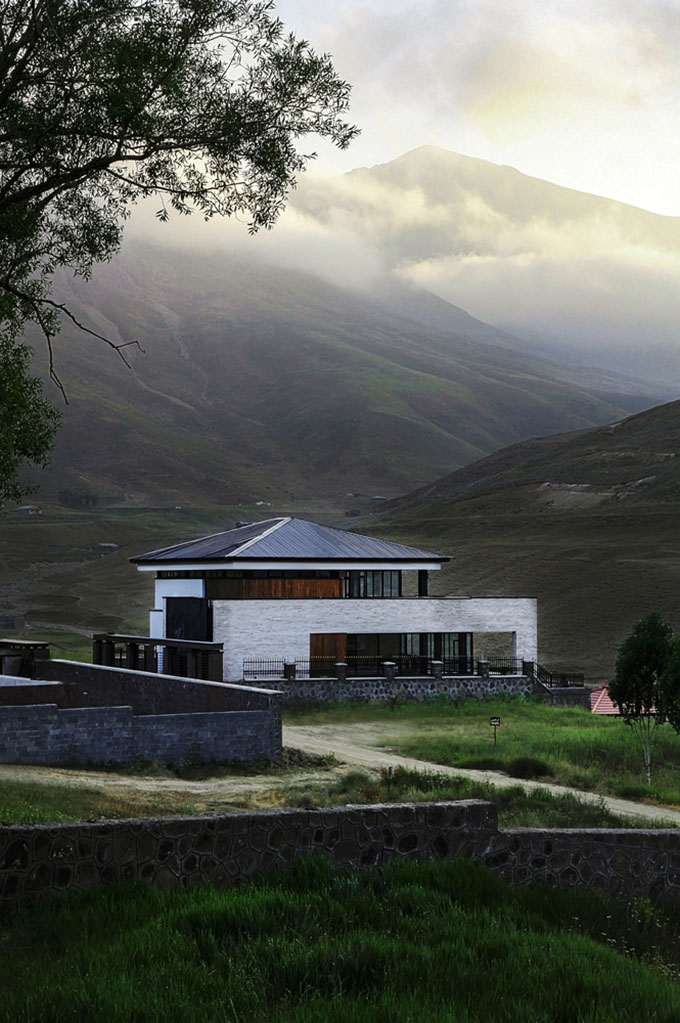 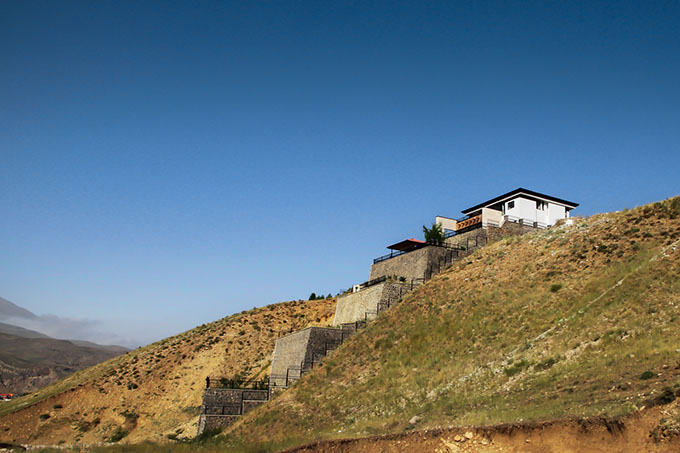 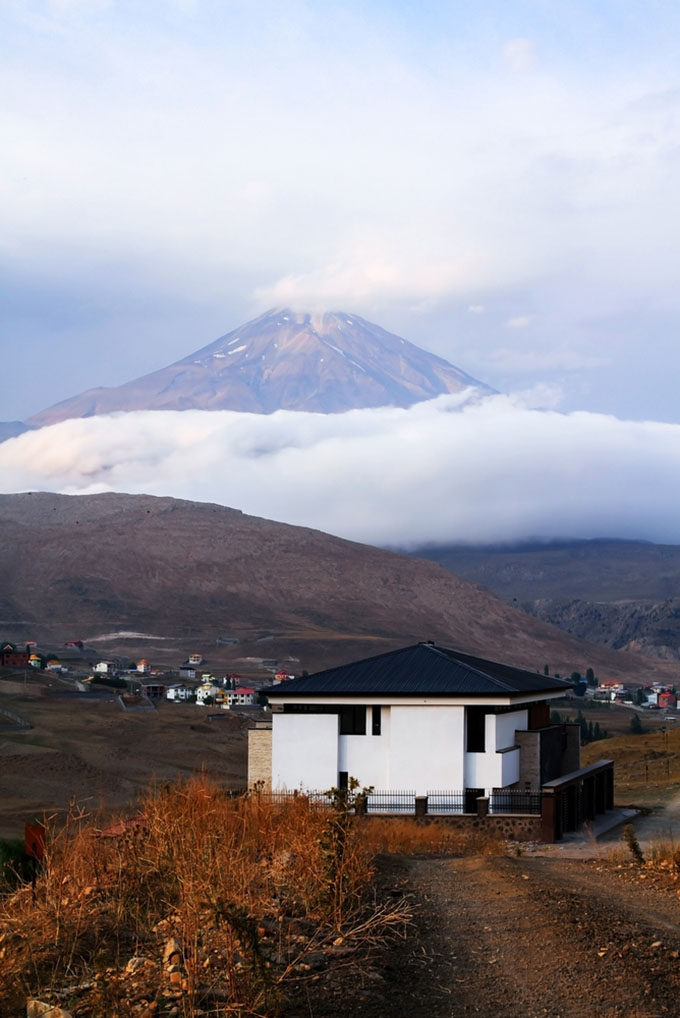 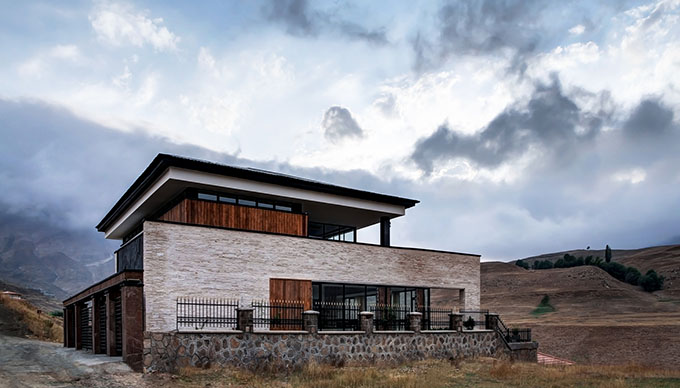 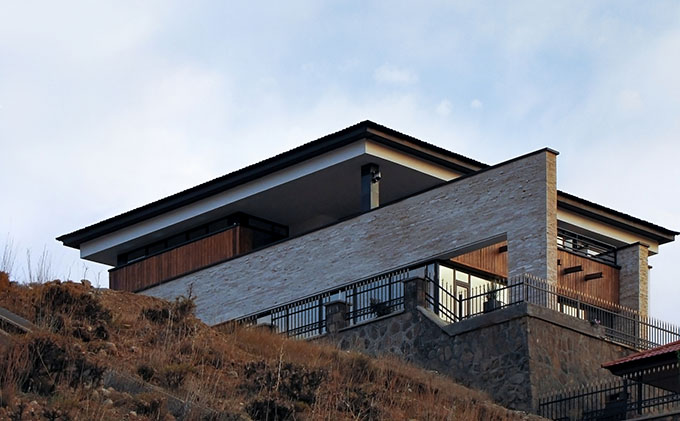 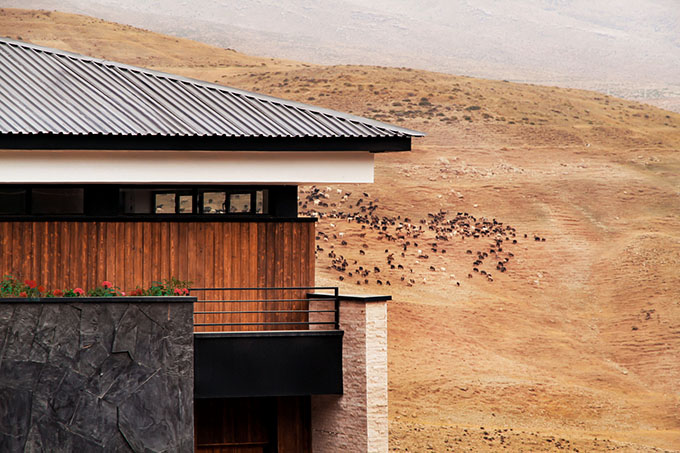 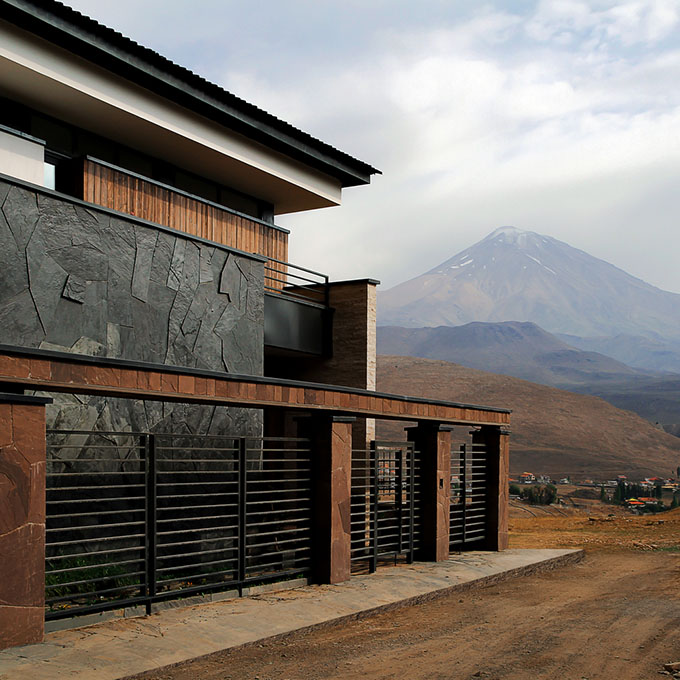 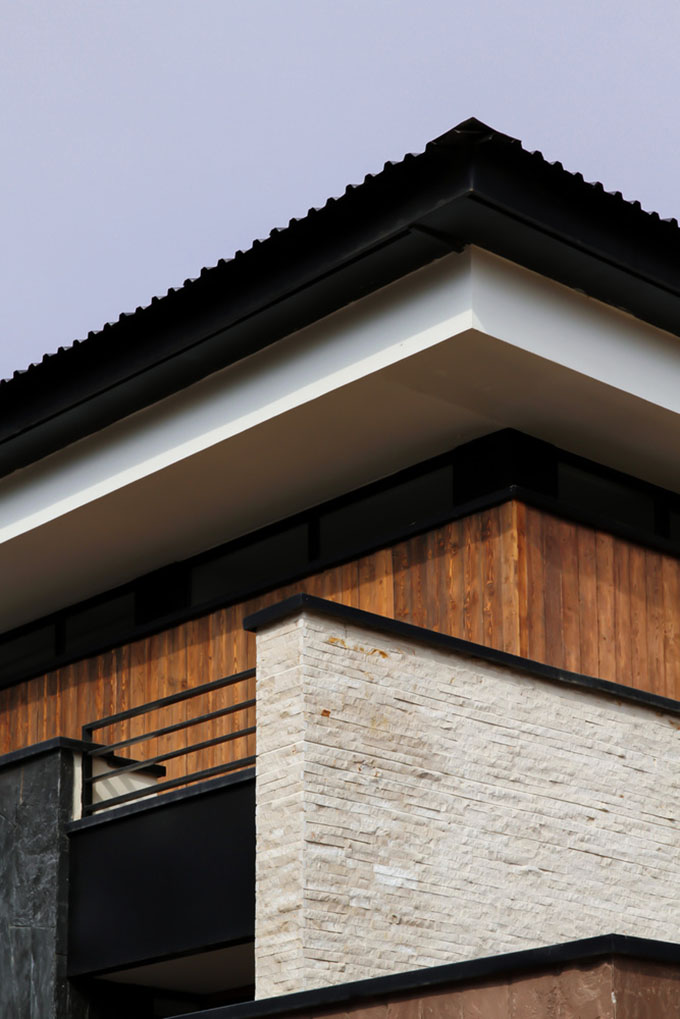 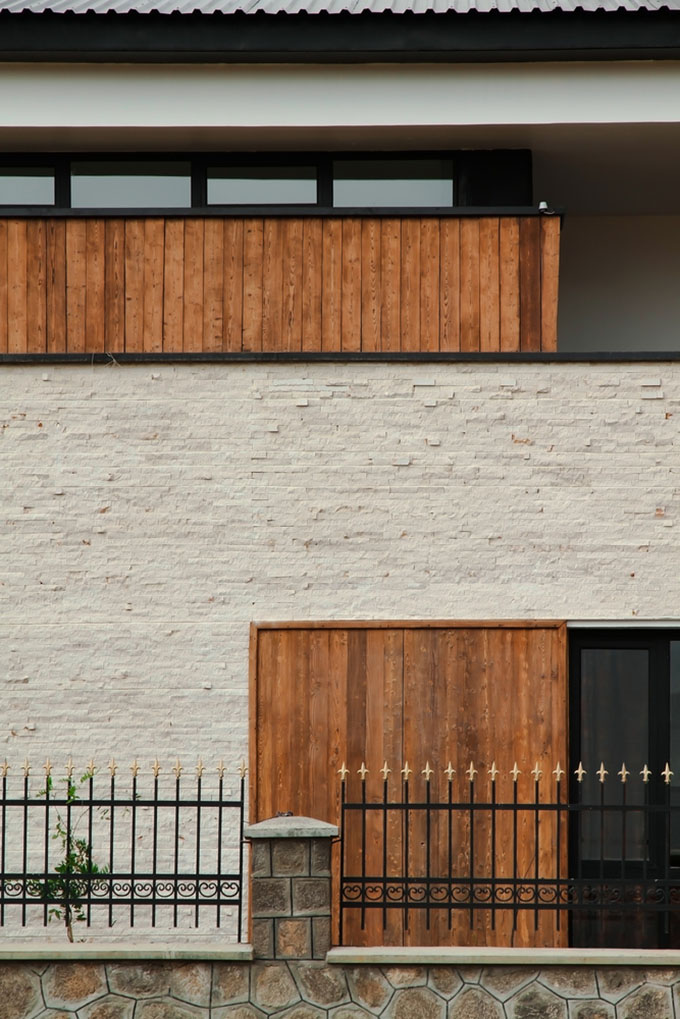 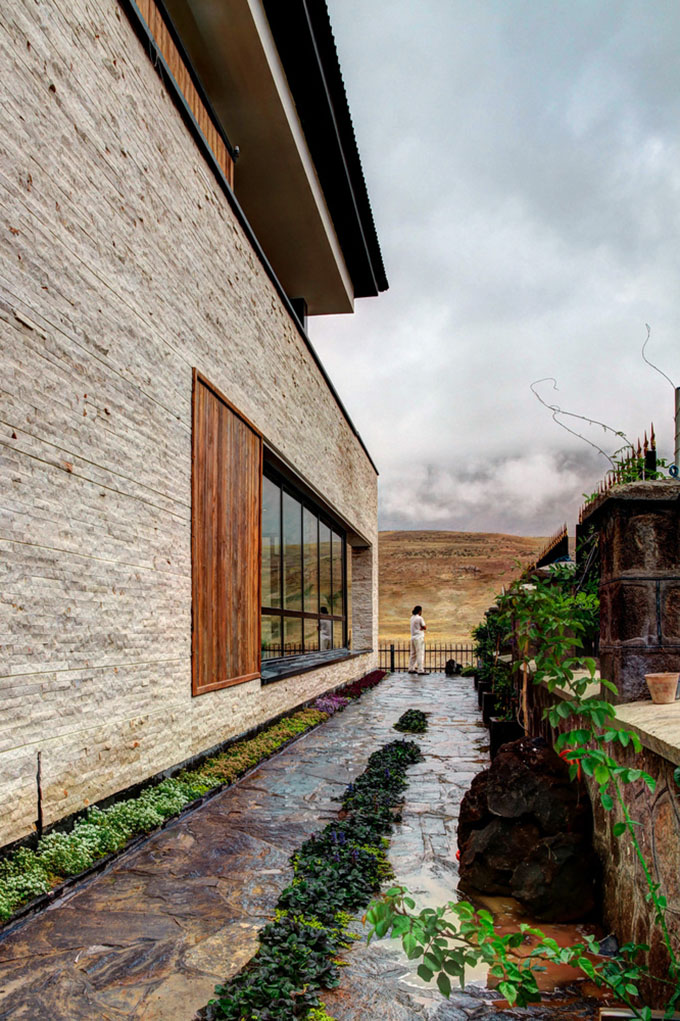 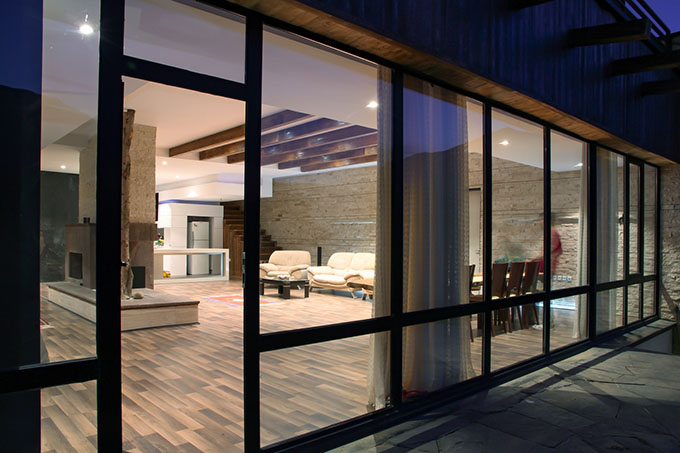 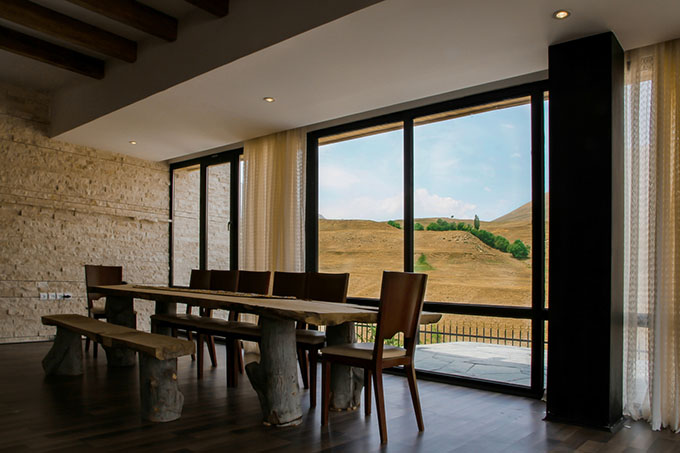 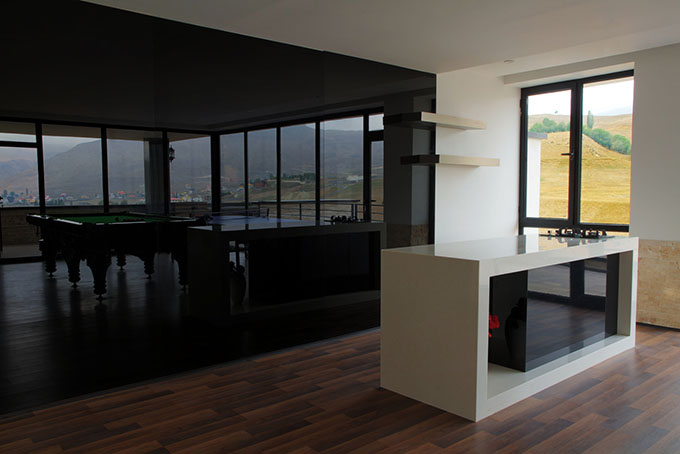 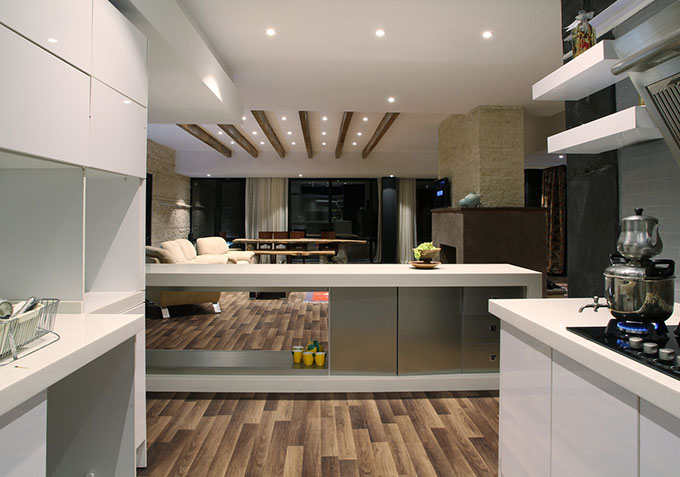 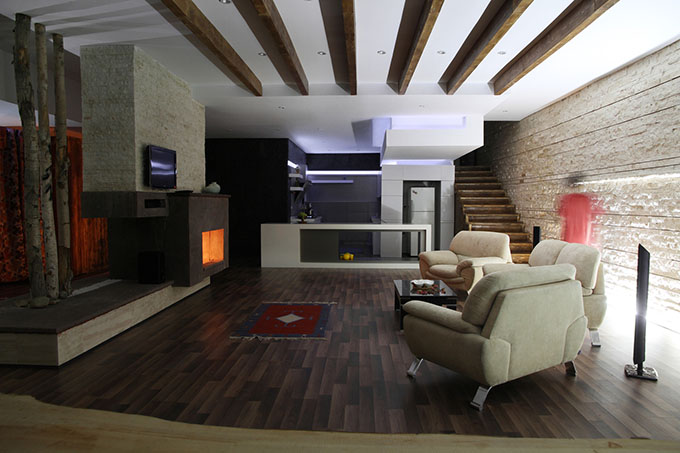 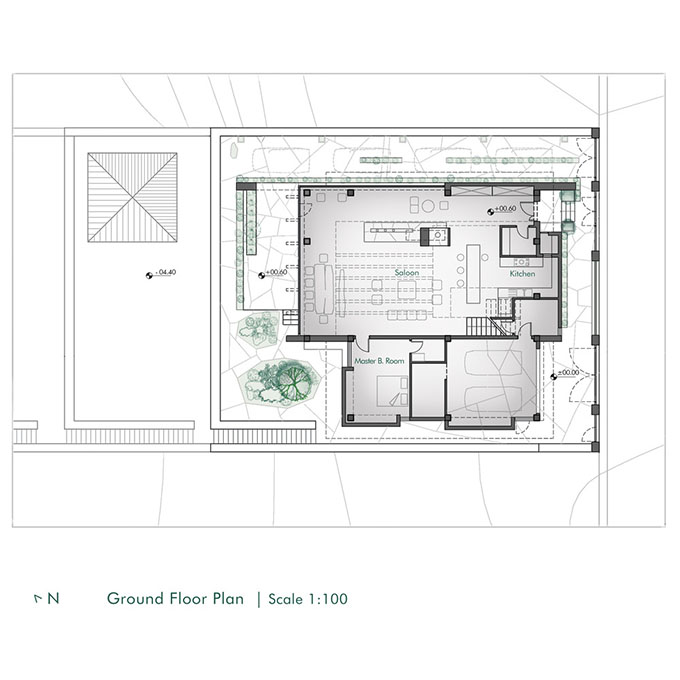 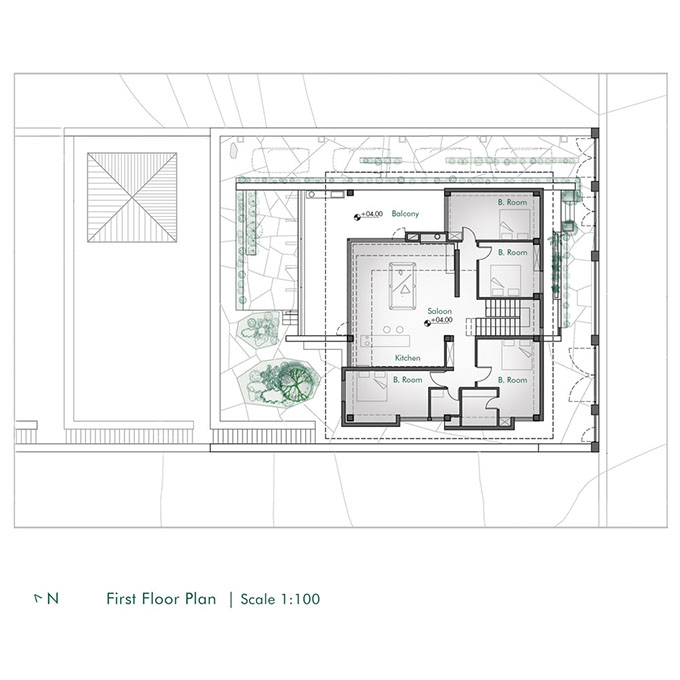 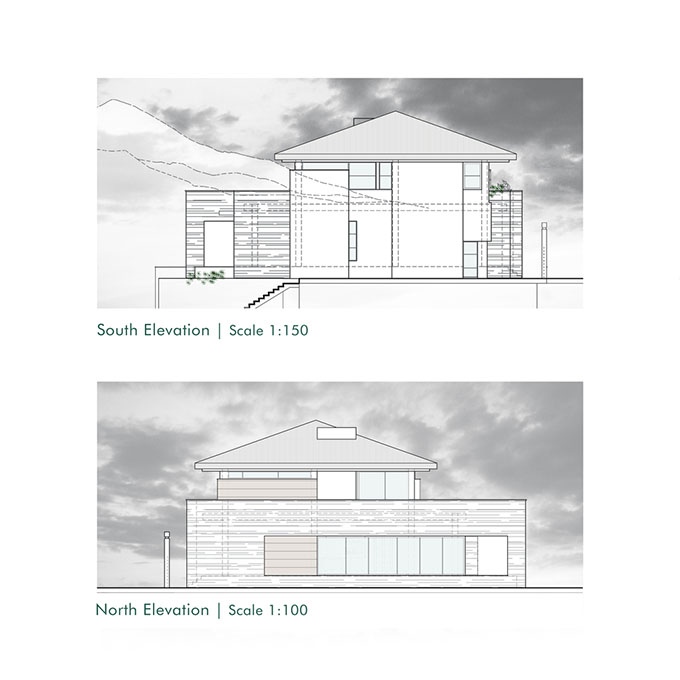 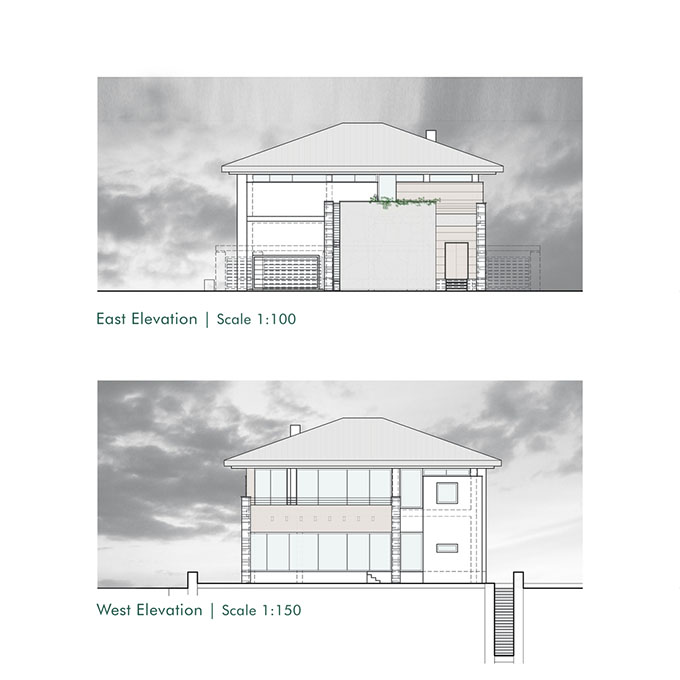 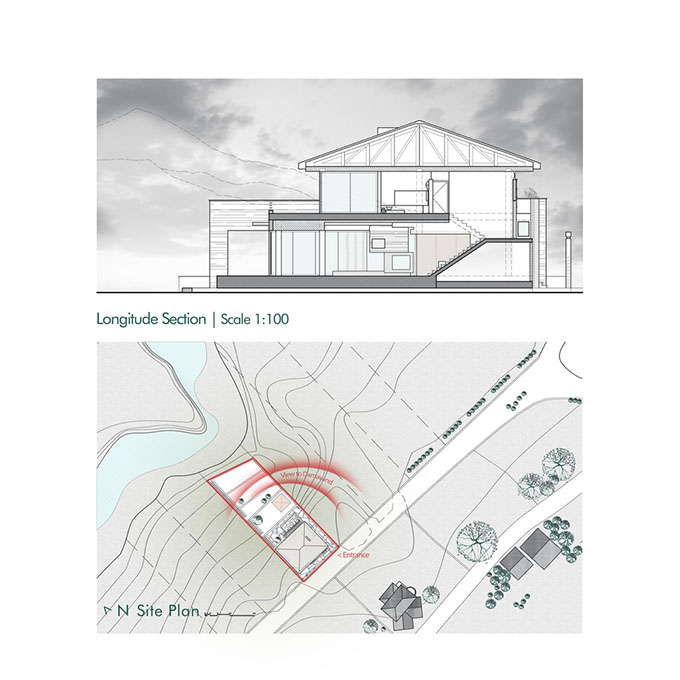 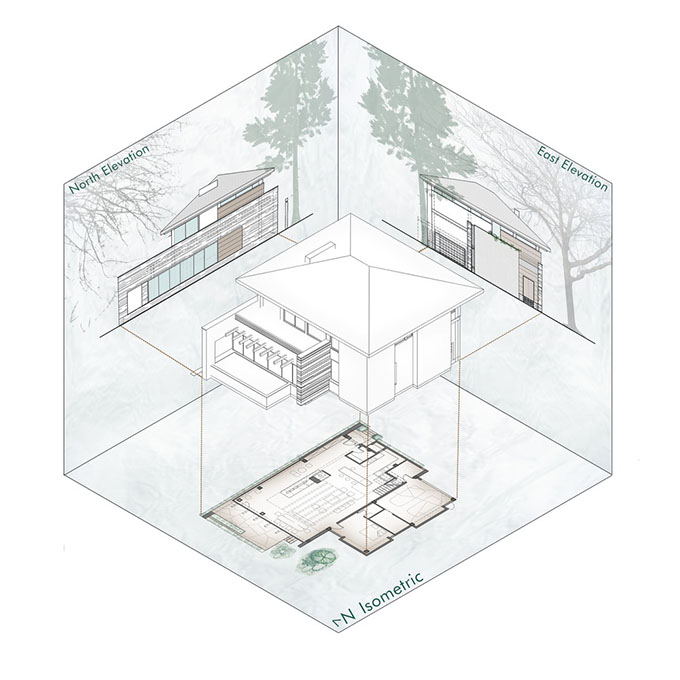 From the architects: This project is located in Polour, Tehran on an area of 1000 sq.m and is a leisure villa for a family.

The first point in confronting the project is the amazing and very beautiful atmosphere of the site. The area is surrounded by a beautiful landscape of Damavand Mountain, valleys, river and vast pastures. Project’s site is stretching along a relatively steep slope and from the point where access to lower stages is difficult and as the upper stage is the largest and the most accessible area, it was considered for the construction of the villa.

Previously, the walls around the site and a metal pergola were built in the second stage that was retained throughout the design process.

The most striking feature of the project is the presence of a beautiful and arrogant mountain Damavand in the northeast with a view of the Polour Village on its hillside. Considering the above background, the main idea behind the project was to answer how can one use this villa and simultaneously feel the presence and harmony in the pristine nature of this region? Or, in a simpler way, how can the inside and outside of the building be linked together?

For this purpose, the images of glass frames and wide openings and space for dialogues with Damavand and nature surrounding the villa, was created in the mind of the design team. In this way, windows that frames Damavand Mountain is designed, the pyramid hip roof is formed as an element that can create a free surface in the ceiling (and yet also has a metaphor of Damavand’s form), and under the pyramid hip roof, the stripped windows are created across the ceiling. These windows show somewhat suspended ceilings in elevations, and from inside, in all the rooms, there is a lane of beautiful sky of the region.

According to the alignment between the outside and inside, vertical slabs designed that are visible in the facades. These slabs are drawn into the interior and make up parts of the kitchen walls, the living space, the fireplace, and so on.

In the end, it should be noted that the architects’ effort is to build a valuable and lasting building on this fantastic platform and we hope that our construction has not tarnished this unique nature. 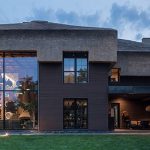 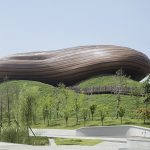