Kiyoaki Takeda Architects recently completed this innovative Nagaya-style house in Japan. Located in  a quiet low-rise residential area next to a spacious park spreads with an artificial pond, the architecture aims “accept the environment in front of it”  Instead of filling the site with “a place for humans”. Discover more after the jump.

From the architects: Ingrained Artefacts Growth – Now, a balance between organisms and artefacts is at the crossover point. I encountered an article published in a scientific journal titled “Global human-made mass exceeds all living biomass” (Nature: published online 9th December 2020). According to the article, human-made artefacts referred to as anthropogenic mass has begun to surpass all global living biomass. Furthermore, it is reported that the dominant cause of this trend is construction materials. This condition implies it has reached a limit to keep generating the “architecture solely for humans” produced so far. In this context, what would be the role of architecture, a humans dwelling?

Essentially, the primary role of architecture is to protect itself from the brutal force of nature. The more we experience natural disasters, the more solid the wall between nature and space has become. The separation of interior and exterior for humans and other life forms have been more distinctive. On the other hand, it is understood well that the environment nature provides could be rich and beautiful. That is why gardens are planted and façade and rooftops are greened. However, the plants grown as decorative and facilitated landscapes have been planned only from the human perspective. They exist as an extension of living space for humans, not as a space for wildlife. The reality of “ingrained artefacts growth” is, in fact, lies in “unconsciously expanding human space.”

All humans, plants, animals, and insects have been co-proceeding the project “to live” on Earth. The earth is a formless assembly of various living organisms, including humans. Could architecture be a vessel to hold these organisms as one whole unit?

“Tsuruoka House” is an architecture that attempted to hold not only people but also other life forms.

Environmental Infrastructure – Infrastructure for Environment – Usually, the site is often divided into “gardens” and “houses” in a two-dimensional plane. However, with this design method, the relationship between nature and architecture tends to be just next to each other. Then, how about stacking “gardens” and “houses” on top of each other in a cross-sectional plane. All floors would be the ground level, providing underground-ish space below them. A relationship that influences each other is likely to emerge. The thickness of the soil was plotted as deep as possible so that the layered garden would be a small forest hosting a mixture of ground cover plants, shrubs, and small trees. This approach goes against modern rooftop greening, which pursues thinner soli. By opening the garden to other available life forms, providing them with a place to inhabit, and co-creating the community, the “garden” becomes an “environment.”

An essential condition to design the environment to support other life forms of inhabitance was clear rainwater drainage in the soil. Following the repeated studies of the cross-section where rainwater naturally falls with gravity, a conclusion arrived at introducing continuous vault slabs. Rainwater flows from mountains to valleys of the vault slabs and is carried vertically from valleys through the core. The water flow generated the shape of the building. This approach is similar to the civil engineering design, such as irrigation channels and dams. The civil engineering design requires determined concentration in hold soil and shed rain efficiently within the harsh natural environment.

In fact, it was not easy to hold up the natural environment. Unlike static artefacts, the natural environment cannot be controlled. The compost itself is already heavy. On top of that, there are weights of torrential rains, growing and increasing plants every year that need to be considered. When unpredictable and unstable organisms and climates became requirements for architectural design, the more the design progressed, the scarier it was to embrace the environment. Even then, we faced unpredicted risks of nature and managed to build “infrastructure for the environment” by installing over-flow pipes to cope with a downpour, designing the soil foundation with layer structure by placing high-density compost with water retention at the upper level where the plant roots can reach and positioning low-density compost with clear drainage at the lower level and reducing the weight by limiting soil location at the rooftop and around the border of interiors and exteriors that allow transpiration to soften solar heat.

By enveloping the space with fairly thick soil, there could be a cave-like place where you feel cooler, not feeling the heat from outside in summer. There could be a snuggly place around the floor and the core with warmed soil from the floor heating in winter. The earth may affect people’s daily life positively. The continuous vault slabs formed to shed rain offers an area with a shallow ceiling height. This may seem negative at a glance, but it would be a much more beckoning structure for one’s living compared to the general flat slab.

The slab fabricates a 3,500mm open high ceiling at the top, and at the valley, the height lowers to 2,000mm, reachable by hand. If the structure is reachable, eye bolts, ring nuts, and wires could be attached to plastic end cones, and it will allow us to hung hammocks, pendant lights, planters at the desired location. Reachable structures might be able to generate creativity in one’s daily life. It would be the structure to support not only the environment but also the one’s living.

Living with Nature – During the construction, a serious doubt still remained in my mind. The environment supported by the building structure -artefacts- is “managed nature” by human hands. However, shouldn’t the environment mean “untouched nature”?

When I was wondering, I remembered my experience as a student, visiting a masonry village in Urbino, Italy, for an investigation of the ruins. There was a ruin sat on the open hilltop. Entering a space that would have been a living room with a rotten holed roof, surprisingly, I found a small forest inside the room. If there was no architecture, this place must have only been a grassed hilltop. But vestige of artefacts built by humans clearly diversified a variety of organisms in this place. The external stone walls let native ivy grow vertically, the roof protected shrubs from intense sunlight, and the floor tiles held enough rainwater for small trees to survive. Artefacts generated variable qualities in the environment, providing a place for multiple organisms.

Recalling this experience, I reacknowledged my aim for the project, to present that “architecture for humans” could also be for the environment, and vice versa. Humans and nature, soil and plants, plants and animals. By respecting supply and demand among all beings in every direction, architecture could be a link to harmonise everyone’s role in existence. If we could establish a structure that fosters mutual and complemental relationships with each other, it might be possible to seek a direction for future architecture.

At “Tsuruoka House,” over time, the plants will grow, and birds and insects will introduce unplanned species. Eventually, a small forest could appear. Then, after decades, existing life forms will grow and hide the building entirely, and ultimately, their bio-mass must surpass the mass of human-made architecture. Yet, this one house would not bring any potential effect to improve the global environment.

But instead, to create a life in which humans and other living forms could connect directly as a you-me relationship and keep a comfortable distance to appreciate each other’s blessing within the environment sustained by an appropriate balance between organisms and artefacts, this is what I simply wanted. 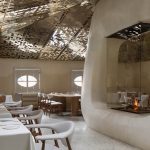 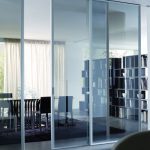