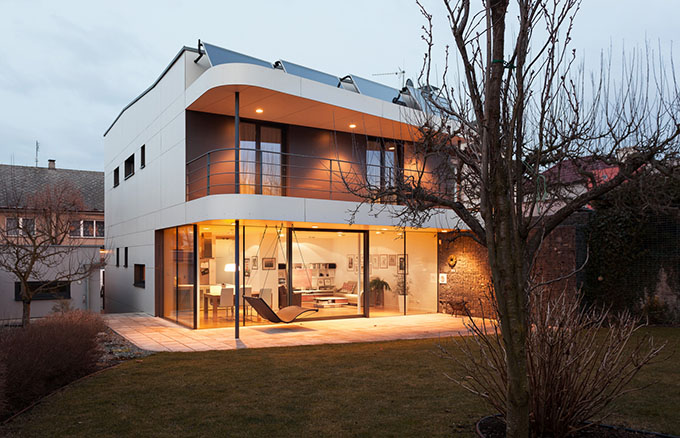 Monom designed this inspiring 167.0 m2 villa located in Kladno, Czech Republic, in 2010. Take a look at the complete story after the jump. 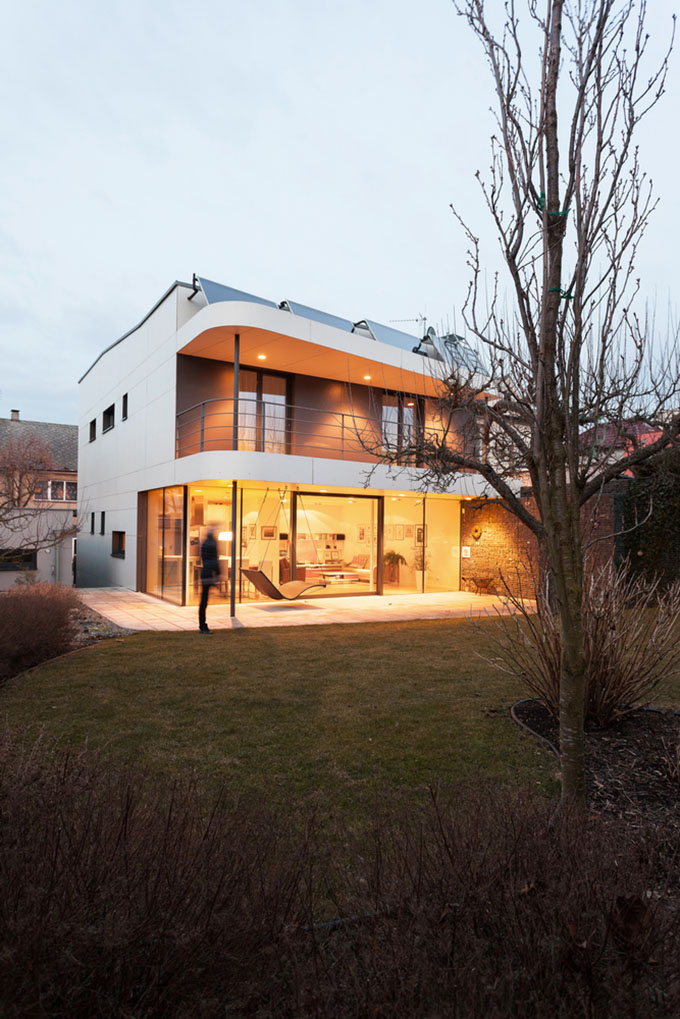 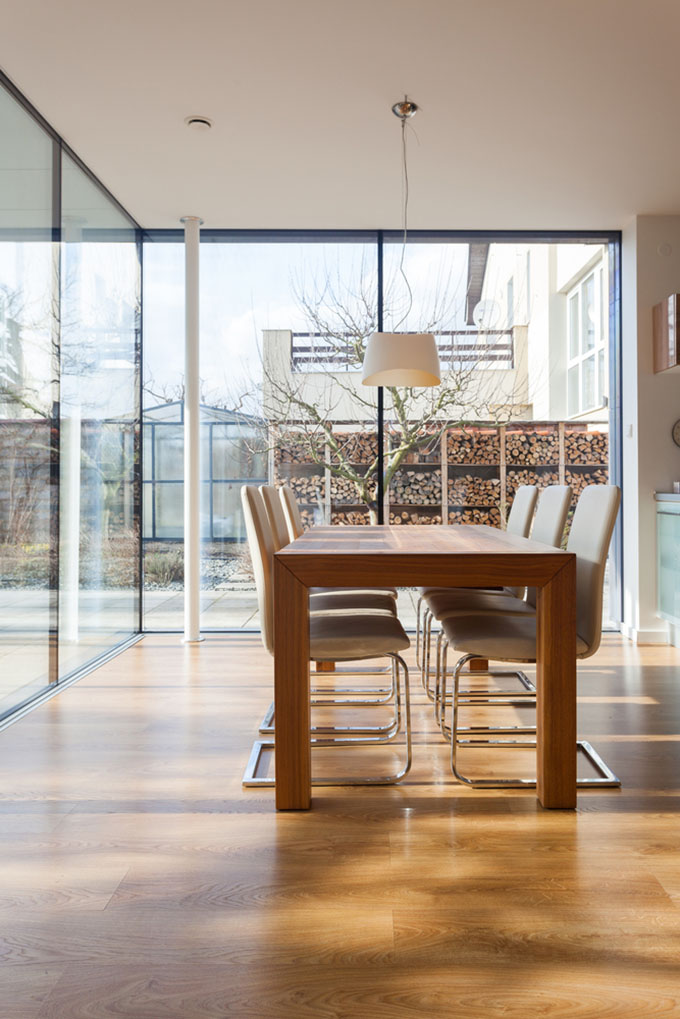 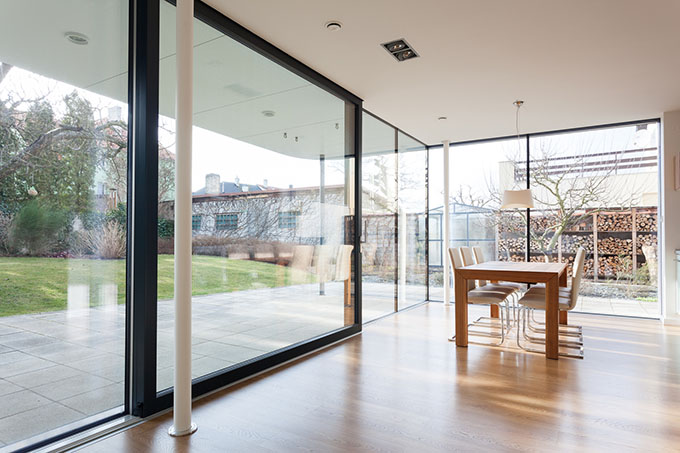 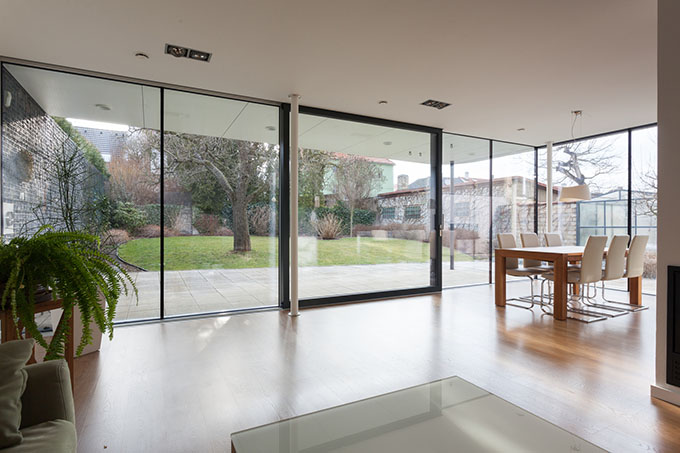 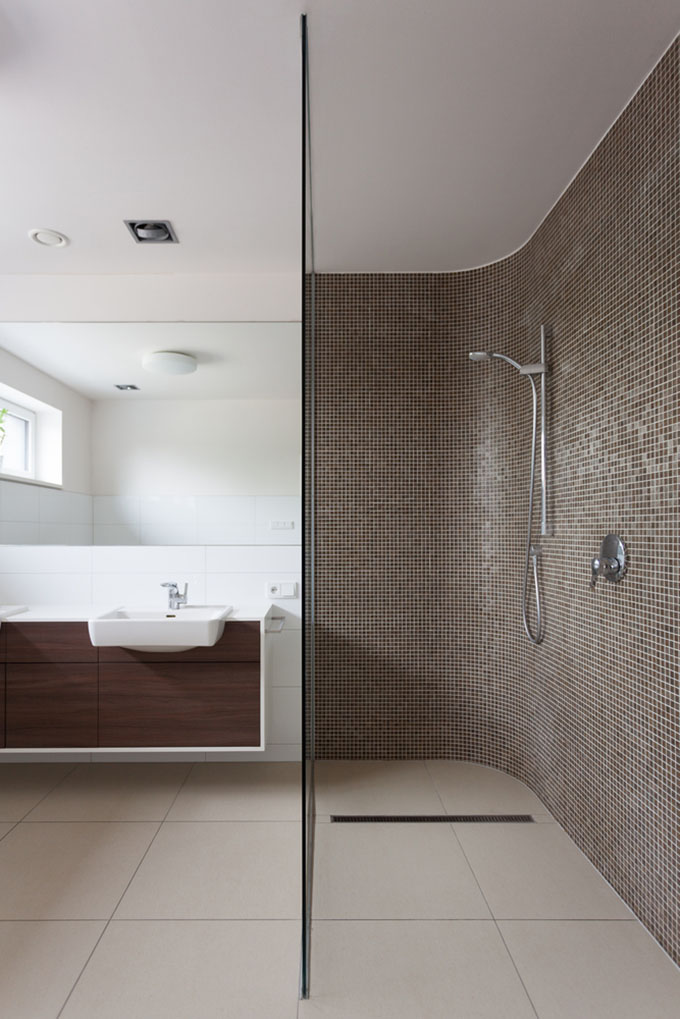 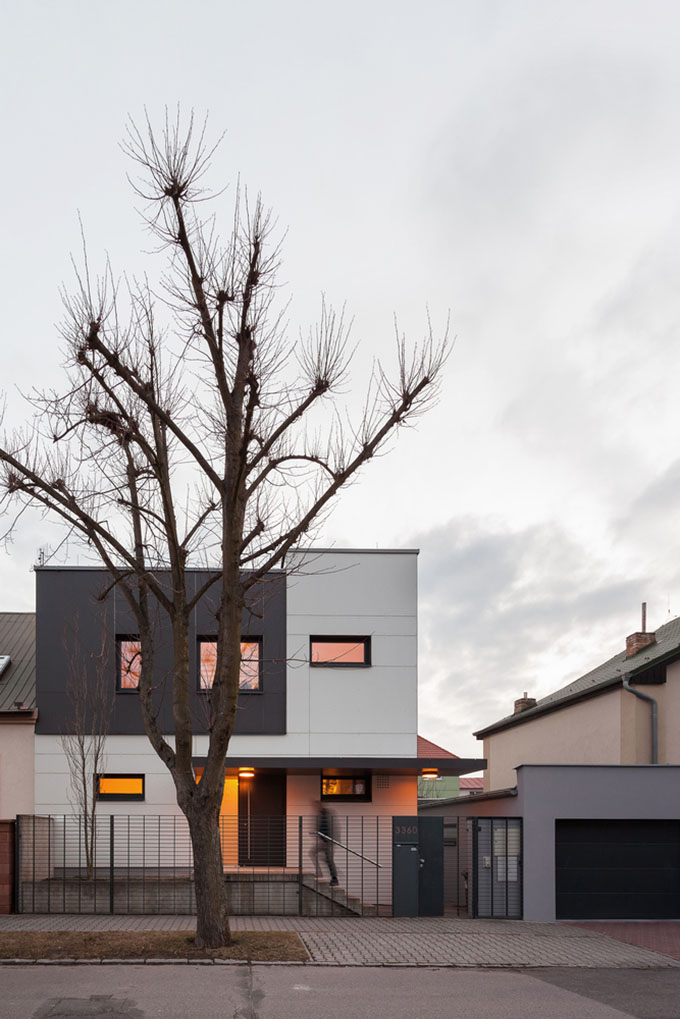 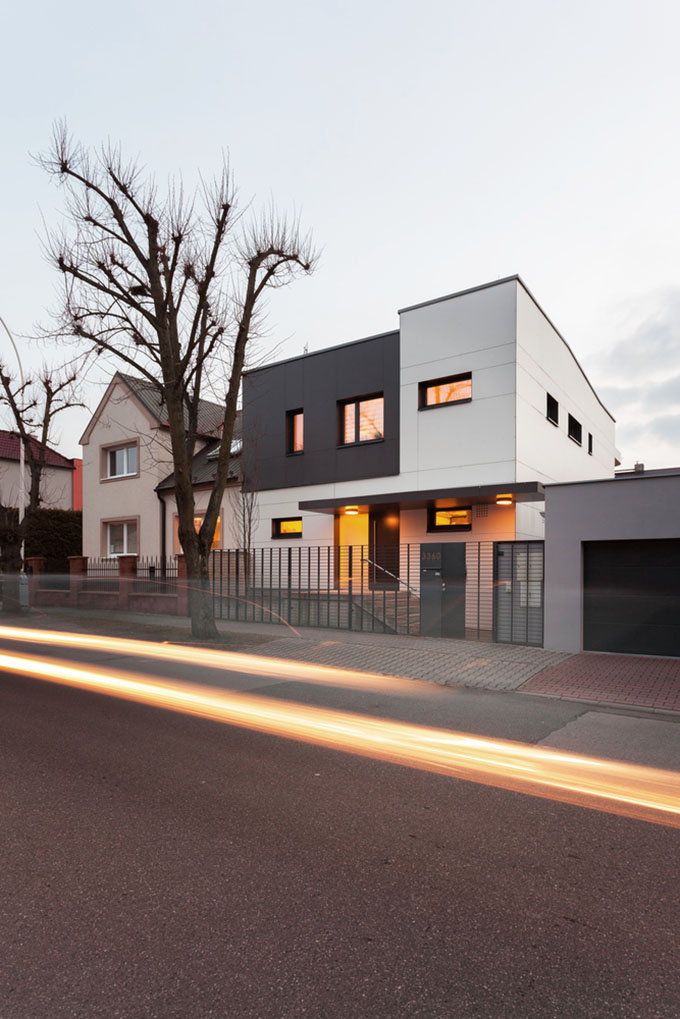 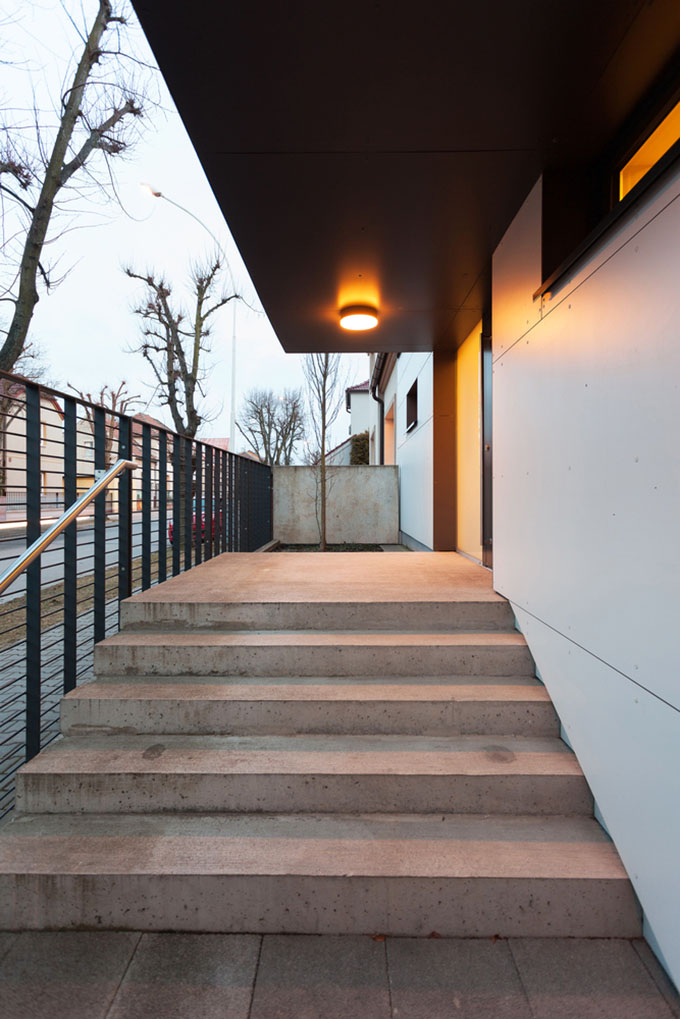 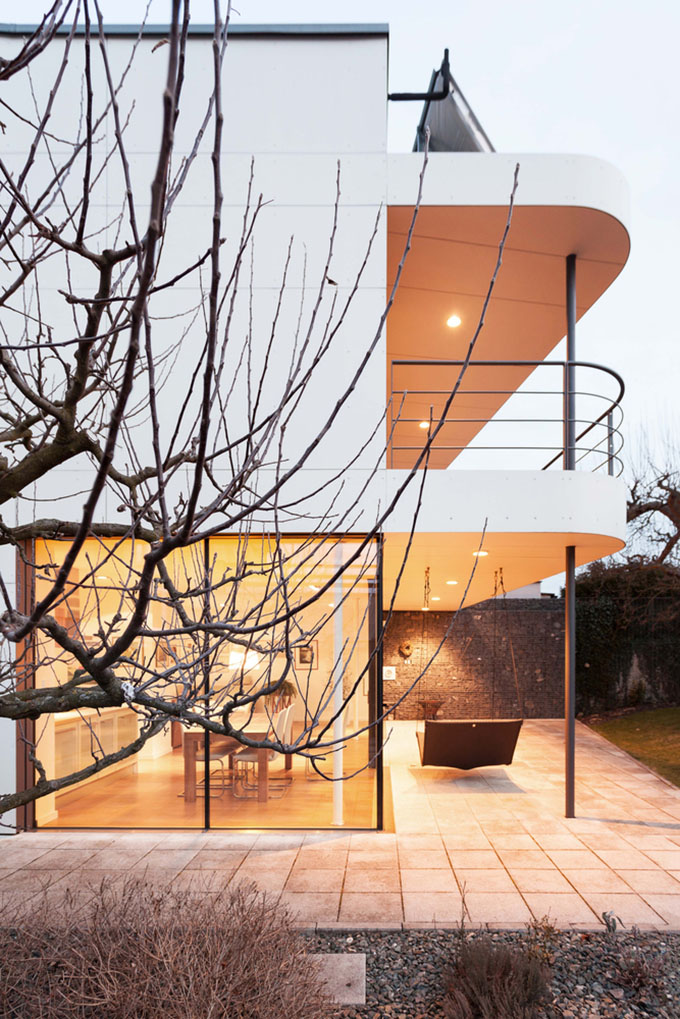 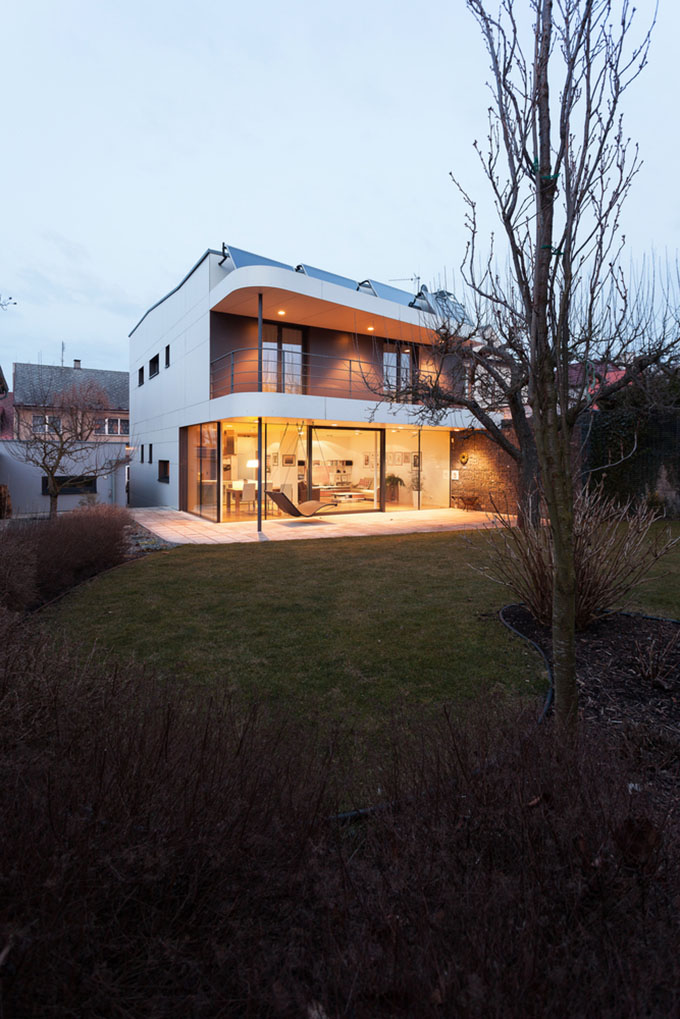 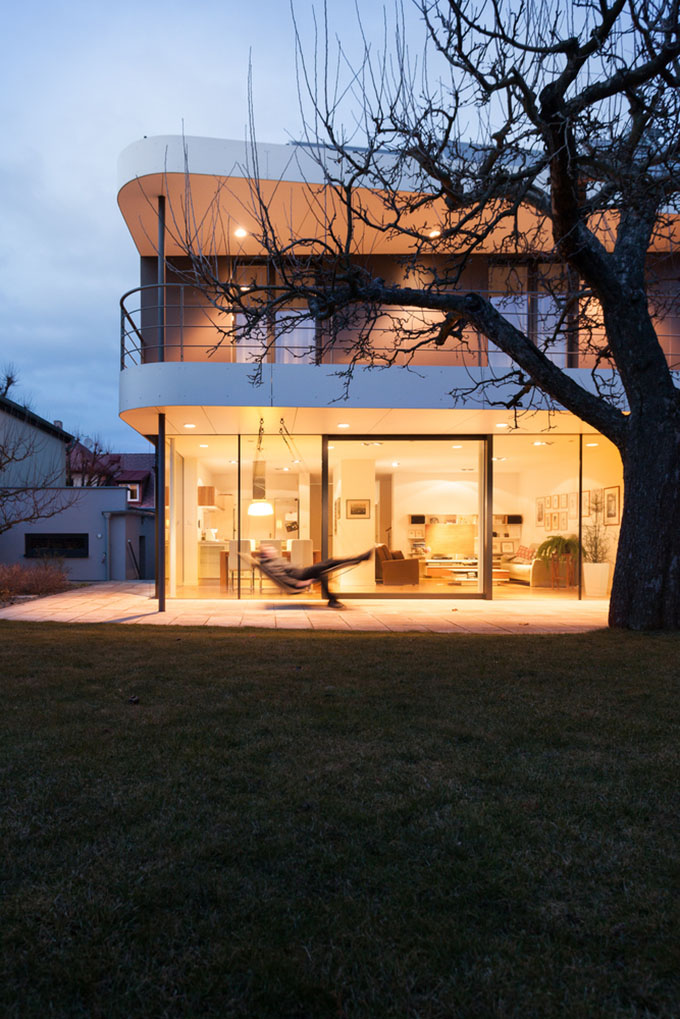 From the architects: Bresson. Quiet part of the city, named after a nearby mineshaft, was built in first decades of 20.centrury. Originaly houses for labour and clerk class are placed in regular and well-arranged urban structure. Since the time of construction they have gained more layers and forms. One of them was replaced by new villa, which reflects the needs of the present family and creates a contemporary layer, while respecting the original character of the neighborhood.

Aim. The idea of increasing the volume and usable area of the house, while maintaining the scale of the street and the atmosphere of 30s. Emphasis is on functional floor plan and on the connection of the house with the intimate garden, which becomes a extension of the main living space in the summer.

Concept. The object is set in a row of houses, it doesn´t interfere with it. Due to the slight offset of the street from the road, a generous entrance to the building could be created. Through the vestibule man can go to the hall. The hall is directly connected with central living space, which spreads in simple plan libre over the entire half of the floor and flows through the large glass wall into the garden. The hall also has access to the toilet and laundry and to the staircase leading to the second floor. There are two bedrooms, bathroom, dressing room and grandmother´s studio flat. Both bedrooms have access to terrace oriented towards the garden. The link between back part of the building and the garden is the most important element of the project.

Outside. Facade of the building keeps same level as other buildings in the street and the heigh of the house does not exceed the surrounding area. Street facade of the compact block is divided into two parts. The dark color defines the living space of the studio flat on the second floor, and also thanks to it, this part of the mass seems to be suppressed. In a light coloured part there is a figure resembling the concept of the original object, which is still visible in the neighboring house. Both street and side facades are tangible, with cut out window holes, which leads mainly to the service rooms. On the other hand, the house opens completely into the garden. Thanks to the large-format frameless glass with a sliding wall, the main living space blends with garden. The original apple tree is the most significant element there. The terrace on the second floor is also roofing and shading of the outdoor sitting on the ground floor. Round shapes, railing, and glazed surfaces refer to the 30s atmosphere of the neighborhood.

Inside. It is simple and functional. Behind the generous glazing in the living room with a kitchen, mainly the garden creates a distinctive backdrop of the interior – an apple tree, a bush with an eatable fruit, a stacked wood for heating, a neighboring greenhouse … The bedroom, on the contrary, provides a sense of privacy due to appropriately large windows. Even the interior is blended with curves, softening otherwise strict rationality.

Materials. The walls are composed of lime sand bricks and thermal insulation of mineral wool. The façade is preloaded with air gap in front of bearing structure, the surface is made up of compact FunderMax HPL boards. Its cladding is precisely tuned to achieve clean details and to support the human scale of the house. Horizontal structures are made of monolithic concrete. Exeption is the construction of the terrace and its roofing – a system of two horizontal planes with supports is made up of a sophisticated steel structure. Heating is provided by electric boiler, DHW heating by solar panels and recuperation is installed there. The windows are aluminum and plastic-aluminum, floor surfaces are frome glued laminated wood. 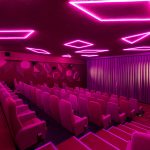 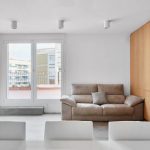