Design TOKUJIN YOSHIOKA and his team have announced a brand new transparent smartphone “Fx0” designed by Tokujin for au by KDDI, a Japanese mobile phone brand.

In order to express the openness which is the most distinctive feature of Firefox OS, Tokujin captured the beauty of mechanicals inside and incorporated to the design. Apart from arranging its external, this is transparent and futuristic design expressing from its inside. Following with MEDIA SKIN for au design project in 2007 and X-RAY for KDDI iida in 2010,
“Fx0” will be the third collaboration with au by KDDI. Along with the high-performance specs such as “4G LTE” for the first time for Firefox OS and the quad-core CPU produced by Qualcomm Inc., the Firefox logo is placed in on the home button to identify the originality through the front design of the body etc., this will be a model that symbolizes a new stage for Firefox OS smartphone. – from TOKUJIN YOSHIOKA

For more of the design continue below: 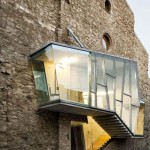 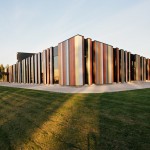