Serbia and particularly Belgrade must make room for a building dedicated to science. It’s an excellent idea to build this science centre midtown near the future city centre, as a metaphor to the desired merger between nature and science. When we think of Serbia we think of the peculiarity of its landscapes: floating horizon, rocks, broadleaved trees, the Danube river… but most of all we think of Serbia’s iconic sites like Mount Avala and the fortress of Golubac. Indeed, we believe that by bridging this country’s historical background to its modernity, the new Science Centre of Belgrade could become the symbol of modern Serbia. The project settles down in block 39, a housing area with a high urban density. It fits itself into this urban framework, adding a new territorial and landscape typology. Leaning on the surrounding scenery, the mountain overhanging the crater-shaped project invents its own urban microcosm by creating an inner space.

Block 39 is a very urban place today. However, and without further consideration to its actual location, we know the project must be built in an ideal place. By ideal we mean that the place should not only be a continuation of its encompassing environment but it should also be homogeneous to the Serbian culture. We propose a mysterious architecture for the future science block, adequately with the identity of the site.

Our will is to make of Block 39 a unique place. People should feel like they are entering another world when driving to this island. Therefore we should work on the depth of the landscape by partially isolating the block from its surroundings using rock, trees and waterfalls to cover the noise made by cars. Once inside, there would be a perspective of the scenery and we would be able to see the trees beyond the waterfalls. It is an urban architectural sequence, connected to the new spirit and vocation of this block.

This project is a recognizable shape in Belgrade’s skyline, that of an urban microcosm within the city. Contrasts created by reflecting objects between the trees, transparency, sunrays diffracted by waterfalls, all this creates something unique, almost magnetic, which draws people from afar. We think this building, as an architectural entity, could become an unmistakable symbol of the city, thanks to its approach of the own environment where architecture becomes landscape and landscape becomes architecture.

The design of the trees is very accurate. The outlines of the branches and leaves are distinguishable from the background. Randomness has nothing to do with the design of this block: it is very precisely displayed and makes reference to several well-known places in Serbia. We will also play with the scales to give the impression that the mountain is much bigger than it actually is, thus leading the project to have greater prominence in the city. From an architectural point of view the first thing that must be done is to reconfigure Block 39, to allow a more mythical character. All major cities in the world created a recognizable symbol by building a world-class science centre. We believe this island within the modern city, with its delicate design, its fitted architecture and its precious flora has the potential to become a particularly powerful symbol.

What will the site’s architecture be based on? It is intended to place the program in the landscape, opposed to “on the landscape”. The planetarium is a scientific tool designed to watch and contemplate the celestial dome. The conference room is an educational tool, designed to be a place to learn about science. These two architectural objects will be two distinct emblems, each with its own stage. They will be superimposed within the mountain thus acquiring a stronger identity and overlooking the town with very precise framings. Inside, each of the built-in entities has its own lighting effects and creates its own identity thereby emerging from the mountain. The museum and laboratories form a single object floating above the mountain, creating an urban anchor point to enjoy a panoramic view of the city. Observation spots will be placed in upper and lower levels of this architectural entity to restore the building to the city and the city to the building. In this setting, shapes and structures would reflect the sky and the landscape: a picture that is both very attractive and very mysterious. At night, the whole place would be lit by mysterious objects and subtle lighting; it would be a true delight. Later we will work together on the program. We believe that this proposal should be in line with the general policy of the city. We can already start with the two main programs and, if this idea of a “Sciencescape” suits you, we could add additional programs, such as outdoor activities and classes, terraces, bars, thematic spaces. It could become a park in the city, the city’s Science Park. This is our ambitious project for Belgrade: creating a unique place in the world, a headlight for this city, a vision of the future. 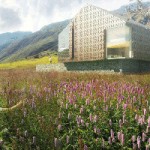 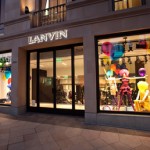