This brand new luxurious hotel situated on the Greek island of Mykonos, was designed by Galal Mahmoud in 2015. Take a look at the complete story below. The Myconian Ambassador is a luxury hotel located in Mykonos. It is one of a number of such top-end establishments in the Cyclades group of Greek islands. Its construction in 1979 was overseen by George Daktylides, and was the first hotel in the Myconian hotel collection. In 1992, the Myconian Ambassador was selected for membership of the Relais & Châteaux network due to the outstanding quality of its customer service and stunning location.
In June 2015, the Lebanese architecture and design firm GM Architects completed the refurbishment of this magnificent establishment – all of its suites, its 69 bedrooms and its communal areas. Overlooking the famous beach of Platis Gialos and set amidst beautiful gardens, this temple of excellence and wellbeing boasts a wonderful location and spectacular ocean views, just a stone’s throw from the finest sandy beaches and the town of Mykonos.
In line with his ‘contextual immersion’ approach, Galal Mahmoud drew inspiration from the history of the Cyclades and local Greek culture to help him to come up with a new concept for the location’s overarching architectural vision, characterized by a look that is clean, simple, contemporary and totally unique. The use of premium materials such as Thassos marble and tropical hardwoods gave Galal Mahmoud tremendous scope to take traditional Greek architecture down a completely new path.
“I am a great believer in the power of architecture to positively impact upon our ability to get the most out of life, to live out the ‘good life’. I design my architectural spaces, both interiors and exteriors, to be experienced as pathways to well-being, at one with their surrounding environment and the natural world. My designs are conceived as spaces which work from the interior outwards. They also work in the opposite direction, bringing the outside world into a place that is open, airy and tremendously conducive to contemplation.” Galal Mahmoud – Founder of GM Architects
THE MYCONIAN AMBASSADOR – THE HOTEL’S REFURBISHMENT
The refurbishment of the Myconian Ambassador is a project that’s very dear to Galal Mahmoud’s heart, profoundly attached as he is to the island of Mykonos, to which he has been a regular visitor since his childhood. ‘This island is part of the fabric of my life’, confesses the architect, who has become firm friends with the owner of the Myconian Ambassador, Vangelis Daktylides. What could be more natural, then, that Mr. Daktylides should entrust the top-tobottom refurbishment of this prestigious hotel – regarded as one of most magnificent in the country.
The refurbishment offered the opportunity to create a new, resolutely modern aesthetic for the hotel, one based on looking at the local culture through fresh eyes, a culture where tranquillity and well-being are prized. The refurbishment project is centred on the bedrooms, communal areas and the design of its interior spaces. The spirit of Mykonos is present in every shape, every contour and even the very fabric of the hotel, which is reminiscent of the rocky Greek landscapes, sea and sky. The Myconian Ambassador has been redesigned to create a very special environment, a place of open spaces and clean lines.
‘Airiness’ is perhaps the best word to describe what drives the concept behind the new Myconian Ambassador. This airiness is seen in the hotel’s spacious interiors, with their wide windows and mirrors, bringing out the contemplative in us all. As far as colours are concerned, Galal Mahmoud has remained true to classic ideals of beauty: shades of royal blue which contrast the purity of white.
THE MYCONIAN AMBASSADOR – BREATH-TAKING VIEWS OF THE AEGEAN FROM YOUR BEDROOM
Overlooking Platis Gialos beach, the Myconian Ambassador offers its guests an experience of unparalleled luxury, most notably in the shape of its wonderfully spacious and comfortable accommodation. Its elegant and sophisticated bedrooms boast unbeatable views of the Aegean Sea – not to mention its superb customer service tailored to the individual. 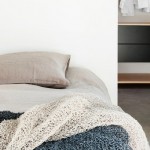 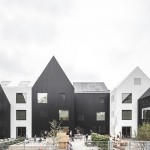