Two Harvard dropouts have achieved the best innovation in house cleaning since soap and water. Oisin Hanrahan and Umang Dua were roommates at Harvard. As most young people do while at college, the tow weren’t the greatest at keeping their rooms as clean as could be. In fact, they couldn’t keep their rooms clean at all. At first this was not an issue. But by their second semester, the two had enough with the mess.

Now, you might think this story continues with Oisin and Umang cleaning their dorm room and making it a point to keep things tidy and clean for the remainder of their college years. But you would be wrong with this assumption. What actually happened was they let the mess serve as an inspiration. Since they were busy with their studies, they felt that hiring someone else to clean their room for them was the key. But how would they find someone? Wouldn’t it be great if they could hire someone right from their smartphone and have a clean room the next day?

As of now, the duo has dropped out from Harvard to apply their energy towards their new company, Handy. And judging by the fact they raised $50 million initially for this company, it appears they made the right decision.

So just how does Handy work? With a few clicks on Handy’s handy app (pun intended), a user can come home to a clean house the next day. With more than a million bookings in its first three years, Handy really is sweeping the nation.

The key to its success is the convenience of a fully online platform. Users don’t have to find an ATM for cash, and they don’t have to leave little notes around the house for the cleaner to find. The booking, changing, (re)scheduling, payment, and all manner of customization are all performed online. You can even leave instructions for the proper feeding of your goldfish!

The business model was perfect, but Handy had to make sure that each house cleaning was a model of quality. They achieved this by instituting a grading system for each of their 10,000+ house cleaners, which can be performed in-app after each visit. With this system in place, Handy was the perfect candidate for startup capital, which has roared in to total more than $100 million at the time of this writing. With a first booking costing just $29, this is a deal that is hard to refuse. After all, to get a decent cleaning on an average size home you are looking at spending at least $50 and most likely more if you live in a high cost of living area like New York. And that doesn’t even take into account the fact that you have no guarantee or trust they will do a thorough cleaning!

Why not try out Handy and see what a clean home really looks like. Handy is an innovation in household cleaning, brought to you by two college dropouts who couldn’t keep a single room clean. It’s ironic, but it’s how some messes get cleaned up. Try Handy today! 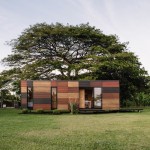 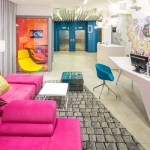