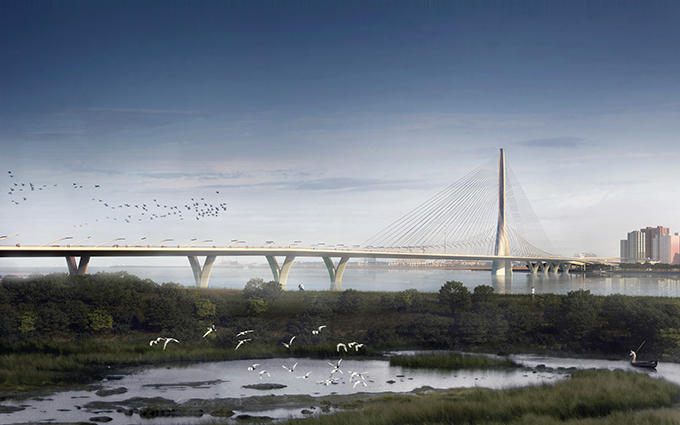 Zaha Hadid Architects team shares the news of their latest project – as announced construction has begun on the the Danjiang Bridge in Taiwan. The 920 meter bridge is set to become the world’s longest single-mast, asymmetric cable-stayed bridge. Schedule to open in 2024 the budget for the project completion is estimated at 405.2 million USD. The new bridge is expected to reduce traffic congestion for around 30% in addition to having a positive ecological impact on the set.

Continue for more images of the Danjiang Bridge including the official note from the Zaha Hadid Architecture team: 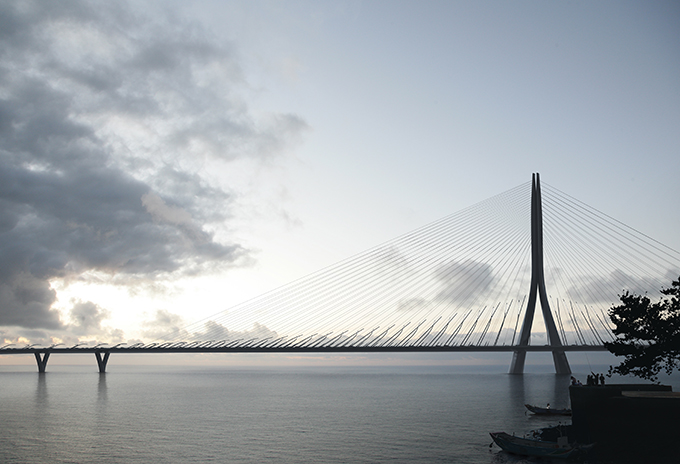 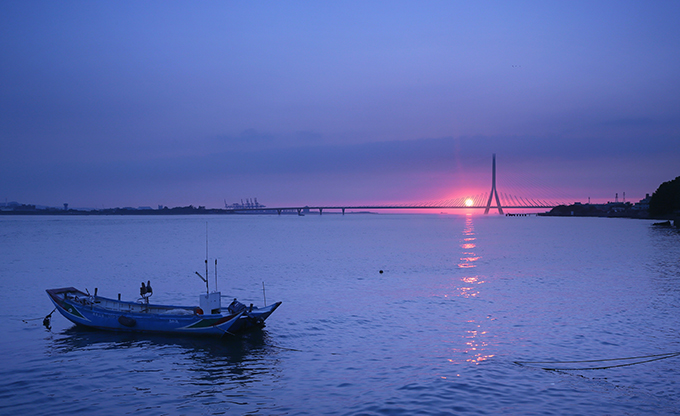 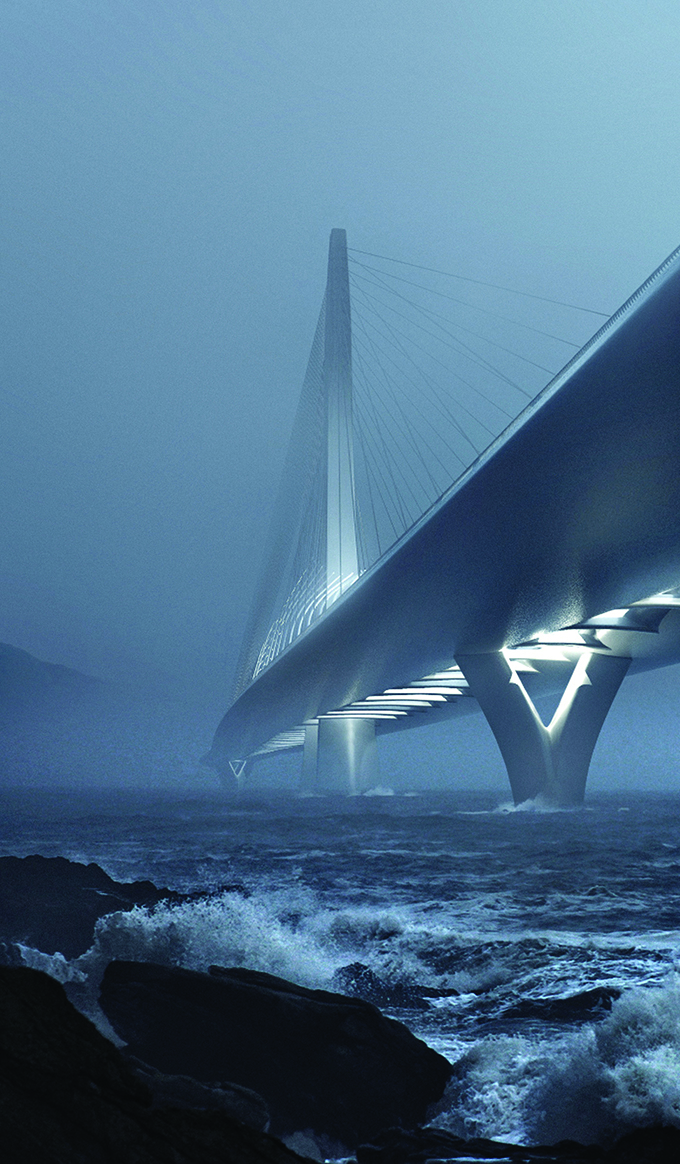 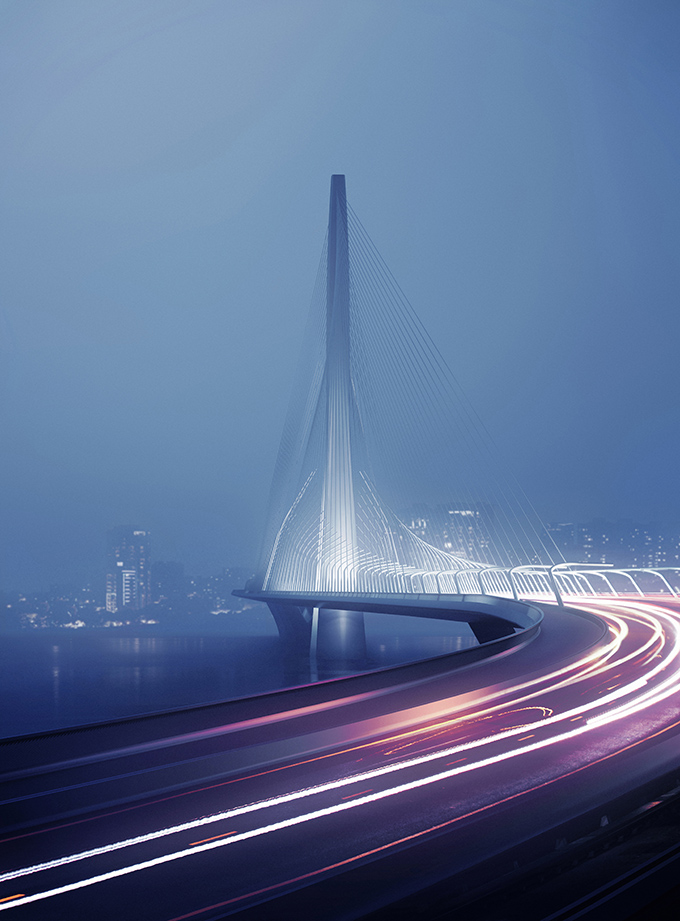 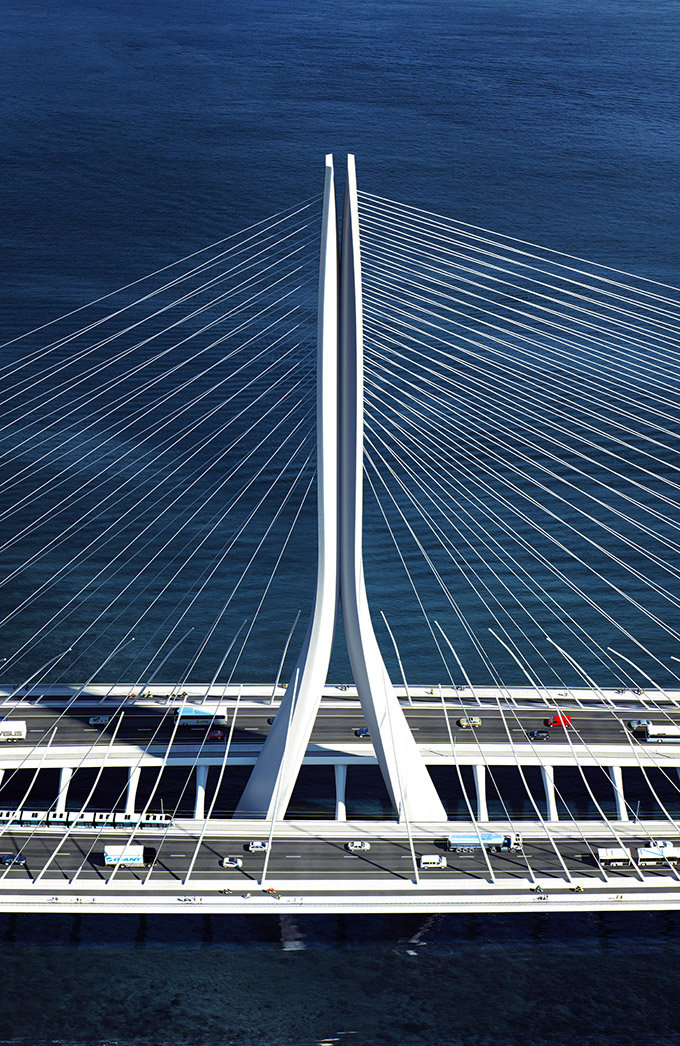 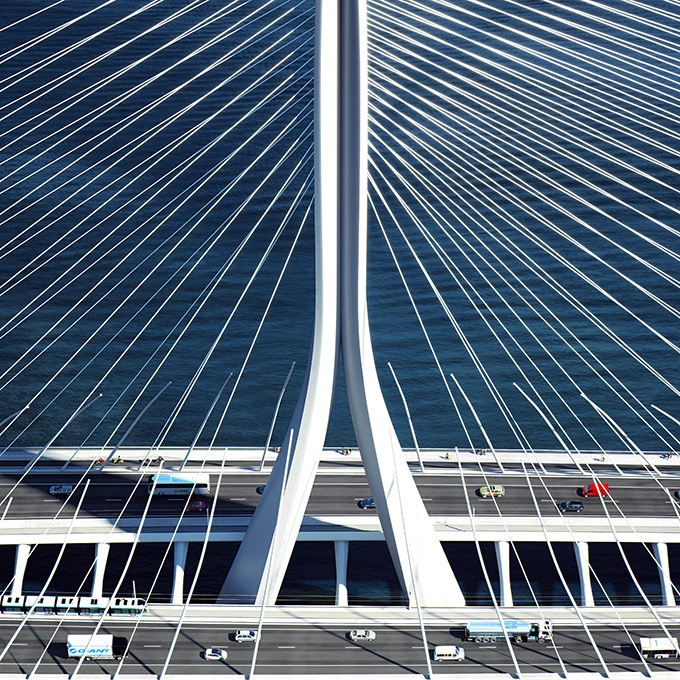 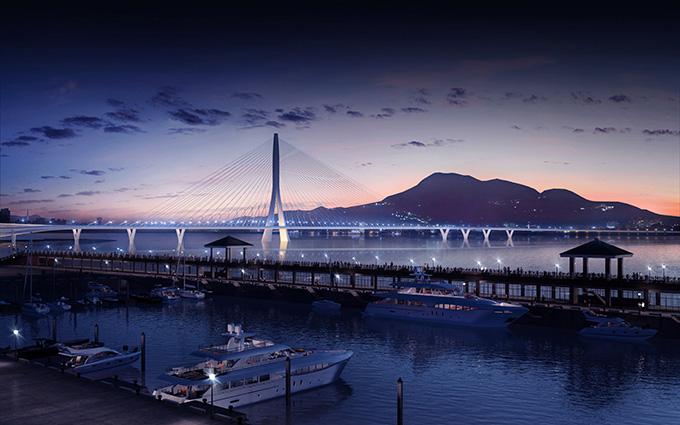 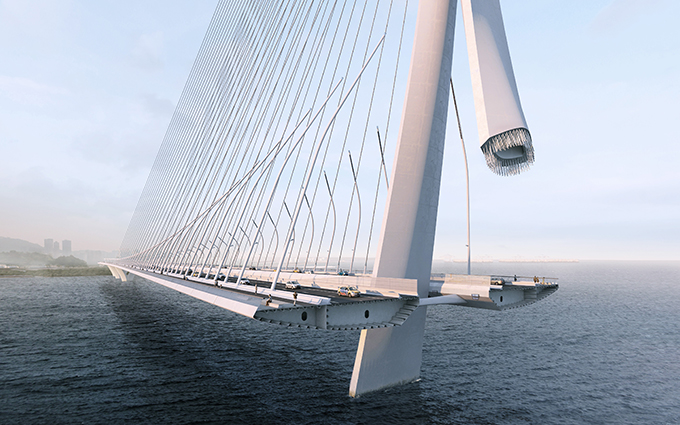 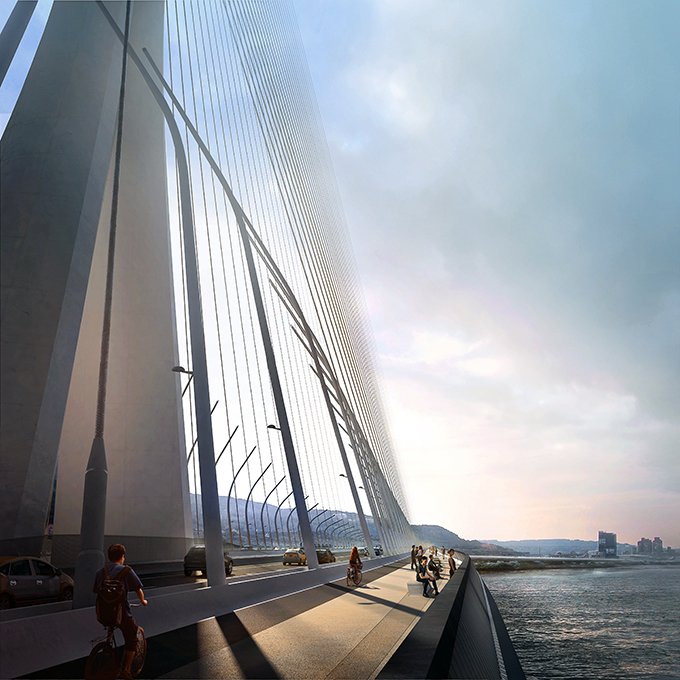 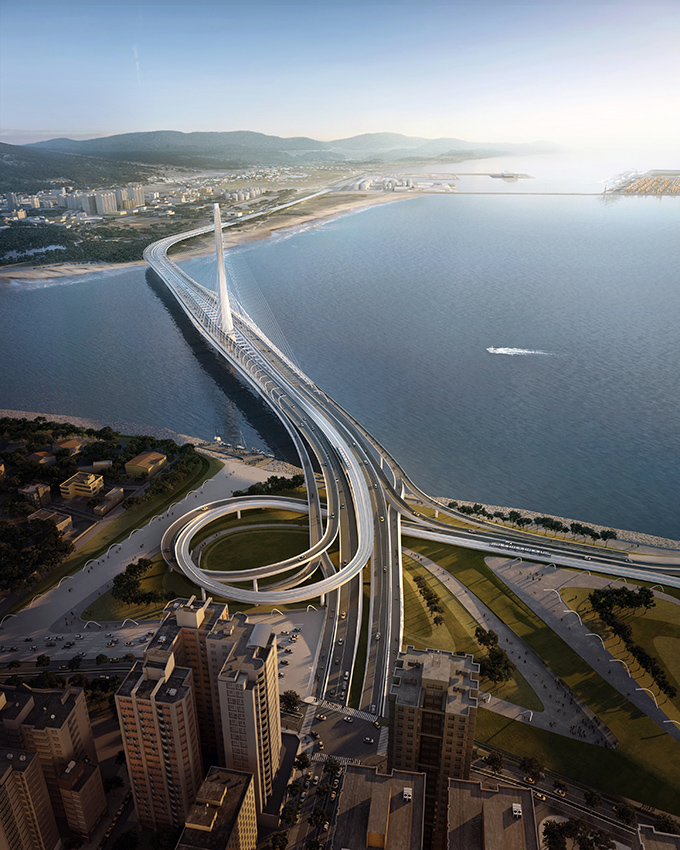 Spanning the mouth of the Tamsui River that flows through Taipei, the Danjiang Bridge is integral to the infrastructure upgrading program of northern Taiwan.

In reducing traffic by 30% on the existing Guandu Bridge 5km upriver, the Danjiang Bridge will significantly improve Taiwan’s northern coast traffic network and also enhance accessibility throughout the region with the Port of Taipei and Taoyuan International Airport. The Tamsui River estuary is an important natural ecosystem flanked by the urban centres of Tamsui to the East and Bali to the west. The estuary is rapidly growing in popularity with both residents and tourists as a recreational area where people gather each day to watch the sun setting over the Taiwan Strait.

The bridge minimises its visual impact by using a single concrete mast to support its main 450-metre span with dedicated road, cycle and pedestrian lanes. The design also accommodates future expansion of the Danhai Light Rail network across the Tamsui River.

A Sinotech Engineering Consultants and Leonhardt, Andrä and Partner joint venture with Zaha Hadid Architects, the bridge’s 200-metre mast is engineered to be as slender as possible.

Positioned to optimise structural performance as well as views of the setting sun from popular viewing points along the riverbank, the mast’s location also avoids impeding the navigability of the river. This single-mast design minimises disruption to the riverbed in accordance with the enhanced protection programs of the estuary’s ecosystem as a nature reserve.

Attending the ground-breaking ceremony, Taiwan’s President Tsai Ing-wen explained the new bridge will reduce the journey between Bali and Tamsui on either side of the river by 15 km, saving 25 minutes of travelling time for those crossing the river. 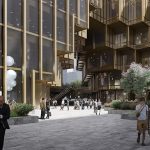