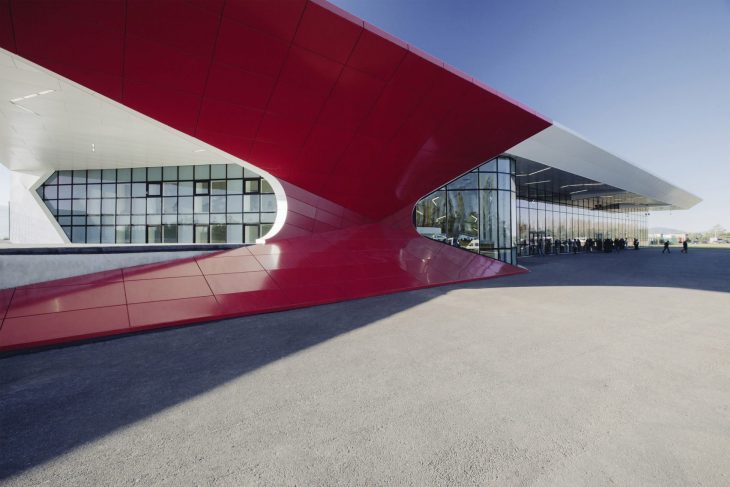 Just four and a half years after its official opening (September 2012), the UNStudio designed Kutaisi International Airport has grown rapidly from 12,915 passengers per year to more than 300,000 in 2016. Predictions for the low-cost airliner airport are such that it is expected to reach a capacity of close to 1,000,000 passengers by 2020. In order to facilitate this predicted growth UNStudio has now been invited to design a large extension to the existing terminal. 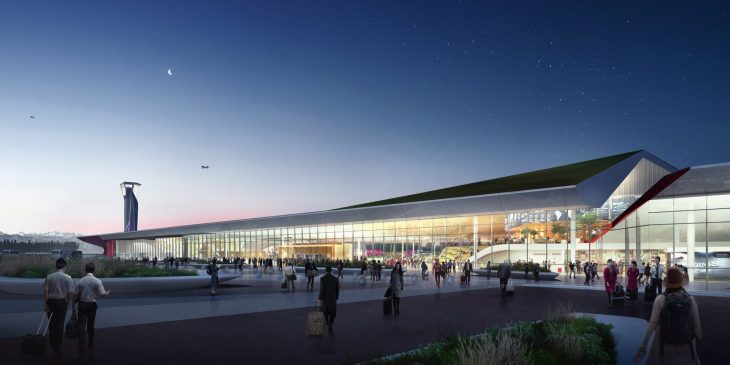 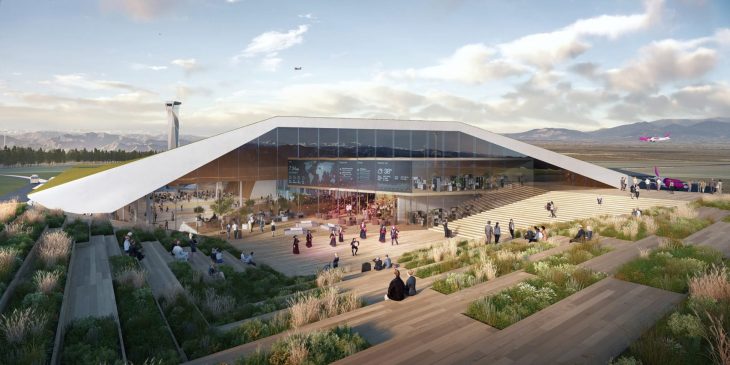 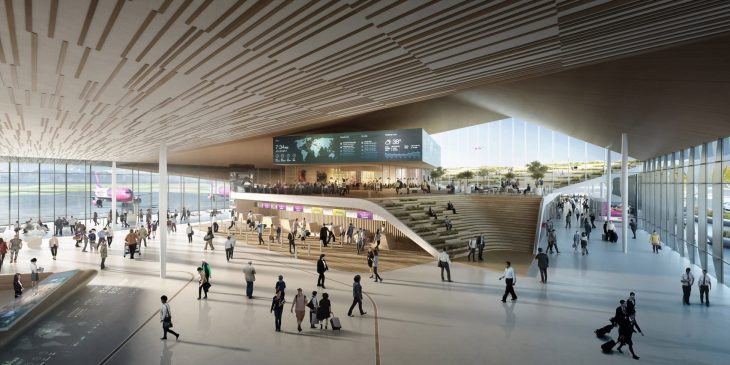 Georgia is rapidly becoming one of the new tourist hotspots in the region and Kutaisi has become the gate to access the country. Visitors are entering this fascinating and hospitable country from all directions and United Airports of Georgia wants to make sure that they are serviced in the most efficient way – but also with a local touch. Alongside an extension of the terminal and apron, the airport will be connected to the new railway link between Tbilisi and the Black Sea coast, making Kutaisi International a truly intermodal airport.

The design for the newly extended terminal takes advantage of the linearity of its composition, as well as introducing a sense of place through the strong topological variation that references the beautiful Caucasus Mountains which can be seen on the horizon.

The existing terminal, with its ‘umbrella’ like lobby and its intimate external courtyard, is transformed to become the Departure hall. The Arrivals hall is situated on the other end of the new terminal and has a formal functional approach with maximum area for underground luggage handling and customs service.

UNStudio’s goal for the large extension of the Kutaisi International Airport terminal is primarily to maintain a user-oriented experience where the health and comfort of every single passenger is serviced through the correct application of architecture and spatial design.

Facing the task of upgrading the capacity of the terminal it was decided to follow a unique and forward thinking approach that ensures the visual connection of the airport drop of areas of both departure and apron. With Airport Consultant IATA, five very clear and distinct functional islands were created: Departure hall, Security area, Central passenger hall, Back of house offices and Arrival hall.

By enhancing the transparency and openness of the Departure, Central and Arrival halls it became possible to provide a pleasant and comfortable travel experience. Using the correct human scale, flow, spatial language and materialisation for these areas forms the basis of providing comfort for every visitor.

For the new Central passenger hall another strong architectural feature was created which relates to the umbrella and courtyard. An elevated plaza is therefore introduced that gradually brings passengers up to higher levels in the terminal and – alongside food and beverage outlets – will act as a green recreational hub and waiting area for early arrivals, visitors and their families. The elevated plaza runs up to the roof level and, by splitting the length of the terminal, creates another moment of orientation.

From here it is possible to facilitate the use of the outdoor environment where family and friends can easily observe the arrival of their loved ones, or where passengers can enjoy a little break out time before a long journey. United Airports can also organise events in the new terminal and use the outdoor plaza for advertisement purposes. 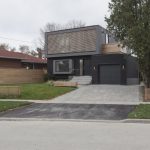 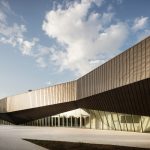