Over the past few years London’s skyline has continued to evolve with newer, taller and more innovative buildings popping up everywhere. Millions of tourists flock to the capital every year to be dazzled by the latest skyscraper to appear. What many people probably forget when having their picture taken in the foreground of these iconic buildings, is that for thousands of others this is a place of work.  For them taking in such grandiose pieces of architecture probably soon lost a lot of charm when it became associated with the daily grind. Currently the tallest building in the EU let alone London, and only opened at the end of 2012, the spectacularly iconic Shard at first struggled to fill its 72 floors. Many of the exclusive and luxurious flats still remain empty, but filling office space and creating hundreds of jobs has been far more successful.

Before it opened around 500 staff were recruited to work in servicing the building alone. From working in the Shangri-La Hotel, which involves a lot of up and down as it covers floors 34 to 52,to general management duties,it’s a big building to keep running smoothly. Known as the Gherkin to most, the building opened at the turn of the millennium and quickly established itself as a landmark in the city. Insurance company Swiss Re occupy the first 15 floors, along with employees from Sky and other businesses higher up.

An exclusive café sits on the very top floor, only for staff working in the Gherkin to use. Whichever way you look out glorious views surround the building, with its location in the heart of the city’s business quarter ideal for all employees. It’s not just London’s newest buildings which provide iconic offices. Completed over 50 years ago, and changing names a few times, the BT Tower is still home to many workers. A Grade II listed building, a model of the building appears at Legoland Windsor, cementing its status as a truly iconic London edifice.

Two lifts travelling at 16mph transport workers to the top in under 30 seconds, where a rotating restaurant open to the public used to be. Nowadays the building is a communications hub with the second floor housing the TV network Switching Centre.

Besides these well-known examples, London is truly a city second to none when it comes to iconic buildings and character offices. Areas such as Mayfair, for example, are known for their stunning period townhouses, many of which are now utilised as luxury workplaces, and it’s now even possible to secure business property in Michelin House. Wherever you’re based, you’ll almost always have the chance of working in one of London’s iconic buildings yourself. 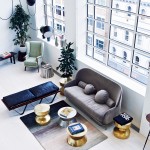 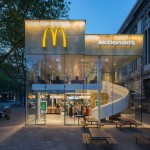