As with all properties bearing the Trump brand name, each one has to be the best, the most exceptional and, in the case of Trump Tower Manila, the Philippines’ most illustrious. As Robbie Antonio, the development’s project head and managing director of Century Properties, owner and developer of the iconic 56-story skyscraper states, “As a symbol of power, achievement and modern grandeur, Trump Tower Manila is a dramatic architectural marvel of steel and glass. The building’s exterior is designed with a lustrous curtain wall that maximizes the city’s spectacular panoramic views, and is one of the very few residential buildings in Manila to carry such a thoroughly detailed design.”

With the number of steel buildings for sale, it is no surprise that the exquisite Trump Tower Manilla utilizes steel for its frame.

The building’s façade expresses a distinctive “peeled” aesthetic that accentuates a powerful and dynamic form. The façade also performs an environmentally responsive function, wherein light shelves and shading systems are designed to react to the building’s orientation in relation to where the sun is facing at different times of the year. “It’s really just an, iconic, modern building; very tall, very chic, something that really symbolizes everything that a Trump-branded project means,” said Eric Trump, Executive Vice President of Development and Acquisitions of the New York-based Trump.

Trump Tower Manila will rise at Century City, the flagship development of Century Properties in Makati City that comprises luxury residential skyscrapers, a shopping complex, and a world-class health and wellness center. Situated in the Philippines’ foremost financial district of Makati, “this project will be the finest by far in the league of premiere residential properties in the region,” Antonio said. “To stay close to this vision we made sure that every architectural detail of the project was thought of with the Trump customer in mind.”

The ultra-exclusive tower is limited to more than 220 units, with one to six units per floor ranging from suites of approximately 57 square meters (614 square feet) to penthouses as spacious as 435 square meters (4,682 square feet). Trump Tower Manila residents will enjoy elite amenities within the building, including a fine dining restaurant at the ground floor; and a library, business center, lounge and video room on the third level. Breathtaking views will be enjoyed halfway up the tower on the 29th and 30th floors, where the spa and fitness center, as well as the juice bar, sun deck and lap pool are all located for the exclusive use of residents.

The building will use a selection of luxury branded home furnishings for its amenities and common areas, and these will be showcased in Manila in early 2012 when Century Properties opens the Trump Tower Manila showrooms at The Pacific Star Building in Makati. Rising as one of the Philippines’ tallest skyscrapers at 250 meters (820 feet), the building’s design was carefully studied to ensure utmost structural integrity. Century Properties’ engineering team incorporated structural adaptations into the design that will address high wind loads. It will also apply Performance-based Design that meets and exceeds different levels and ranges of seismic performance for super high rise buildings around the world. 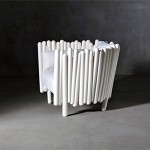 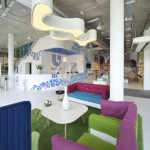