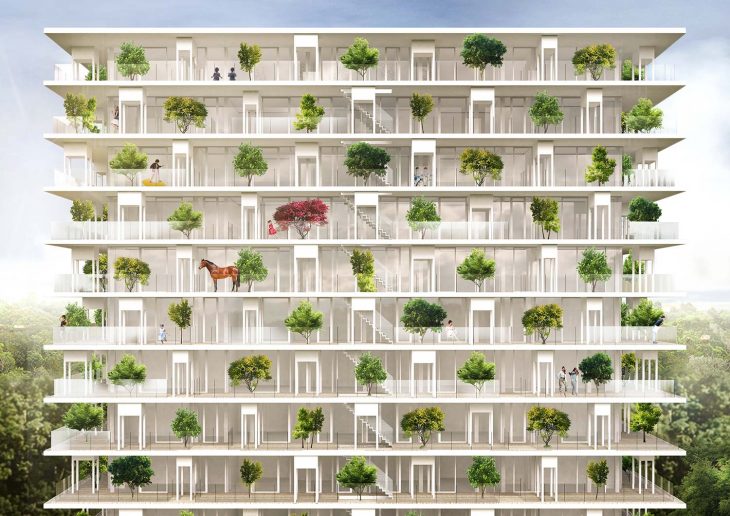 TANK transformed a former office building into a residential tower with panoramic views, private terraces serving as an entrance to the apartment,
and the Westerpark at the owner’s doorstep. The building – named after its most unique feature ‘Front gardens’ – reinvents the way housing blocks are structured. The invention of this new housing typology has laid down the foundation for the patent on ‘Core-less Buildings’ that TANK will be granted in July this year. 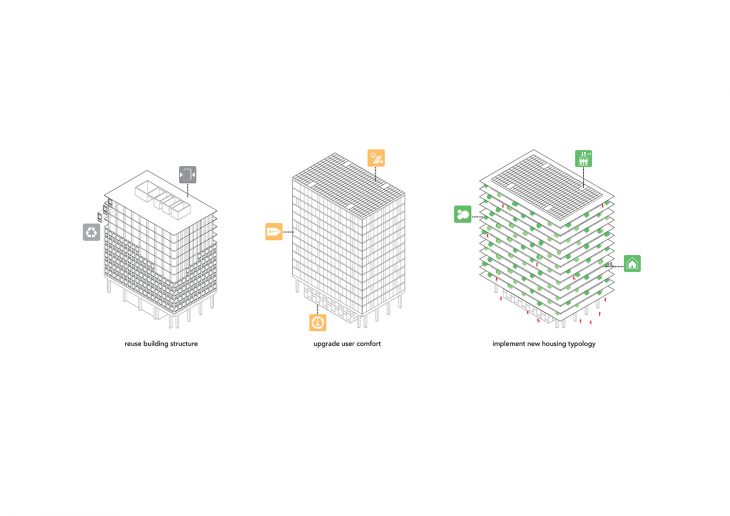 The construction of the housing tower ‘Front Gardens’ started in November 2017 and the first apartments are likely to go on sale from March 2018. Each apartment has its own ‘front garden’: a royal private terrace also serving as an entrance to the apartment. Menno Kooistra, architect & partner of TANK, has flipped the conventional housing typology inside out: “As an apartment owner you will walk from the Westerpark, via the elevator, directly in to your own front garden.” 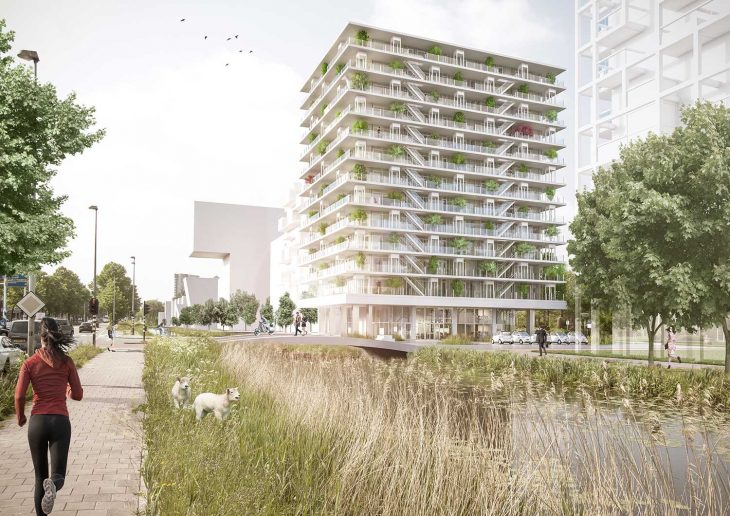 The project contains a unique invention: the elevators, originally positioned in the building’s core, are relocated to the façade of the building. This groundbreaking transformation eliminates all indoor hallways leading up to each apartment, allowing residents to walk directly into their apartment from the elevator lobby. The drastic building conversion simultaneously optimizes the buildings lay-out, allowing for more space for living areas. Kooistra adds: “Bathrooms are being built in the former elevator shaft”. 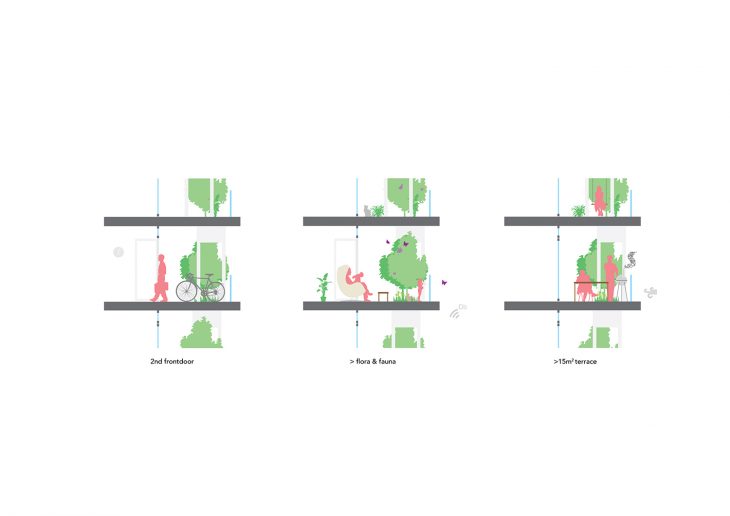 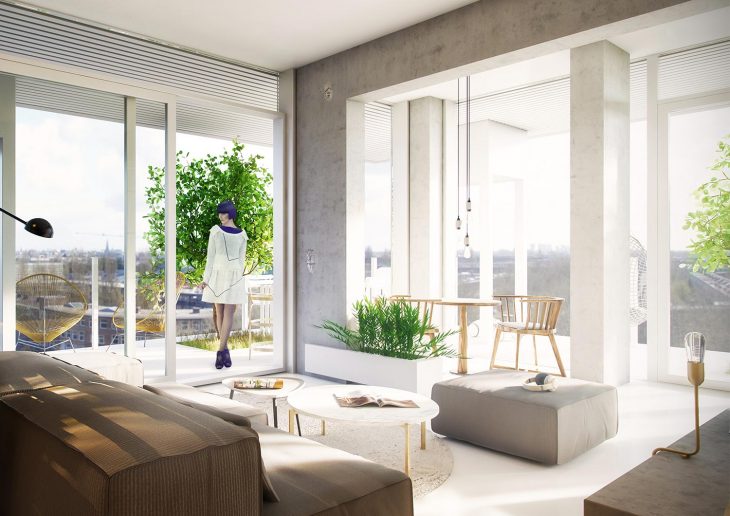 There are barely any communal spaces in Front gardens. Kooistra says: “Hallways, lobbies, and corridors, are mainly seen as a source of possible discomfort. Personal privacy is becoming increasingly important. However simultaneously, the idea of sharing private spaces is an active part of contemporary society. The unique design of Front Gardens caters to both these trends as owners have the flexibility to separate living spaces and giving it it’s own front door.“ All rooms being accessible from the private front garden give the apartment a unique modular and flexible nature. Part of the apartment can be sublet as a separate studio apartment, serve as an office space or anything else the owner might need it to be. The extra front door allows the apartment to be used independently. As life stages evolve and household compositions change, this space can be easily reconnected to the apartment without mayor refurbishments or be turned into a private residence for an au pair.

Kooistra states: “For Front Garden residents green spaces will no longer be an urban luxury.” On each of the tower’s twelve levels, ten planters containing trees, bushes, and smaller vegetation like herbs and grass are placed. The trees are watered by a centrally managed irrigation system, which reuses water that is collected and stored on the roof, underneath the solar panels. This ecological densification contributes to reducing power needed for heating, filters fine dust, and demises noise pollution. “We literally bring the Westerpark into the apartment.” – Menno Kooistra 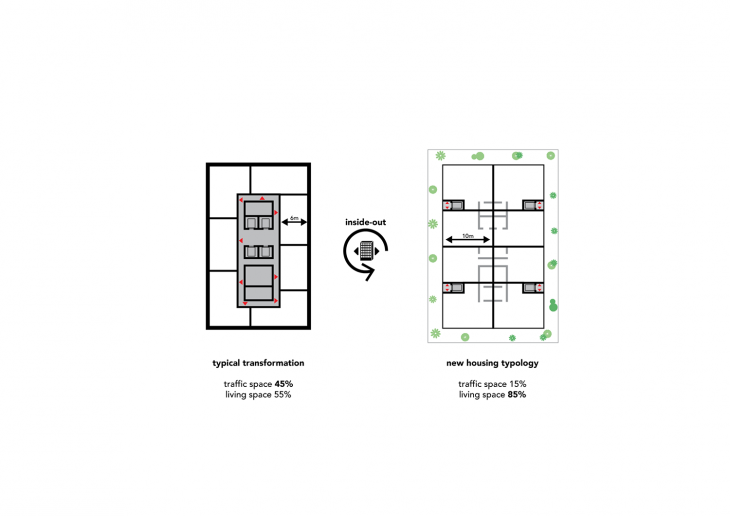 Although the former bank tower will be completely transformed, the existing structure remains untouched and becomes a characteristic detail in each apartment. The transformation is not only an important step towards the future plans of Westerpark West, the urban plan Front Gardens is part of, which will be developed in the coming years, it also laid the foundation for an important movement in an architectural philosophy leading towards coreless buildings. 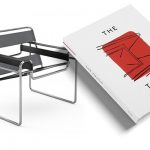 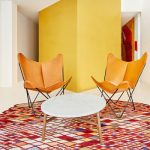