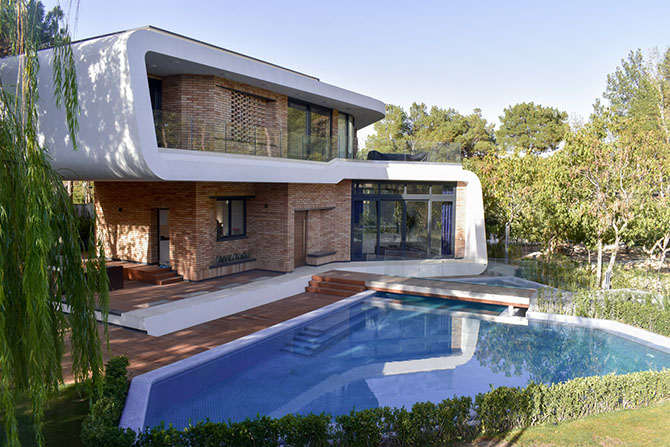 Berania Office designed this stunning cottage located in Karaj, Iran, in 2017. Take a look at the complete story after the jump. 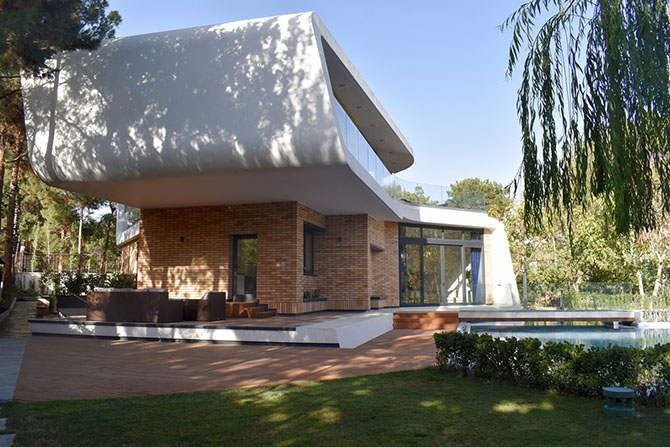 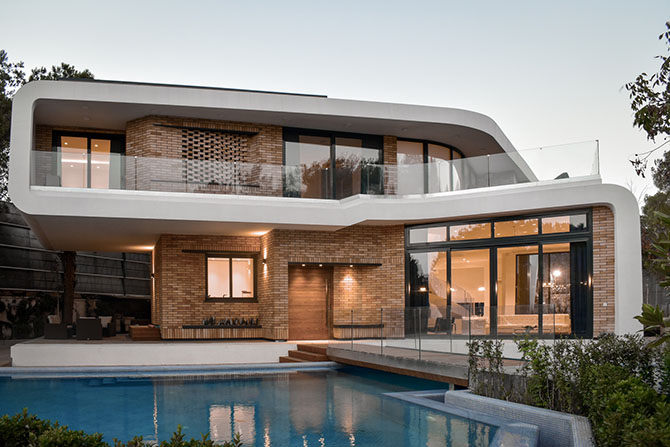 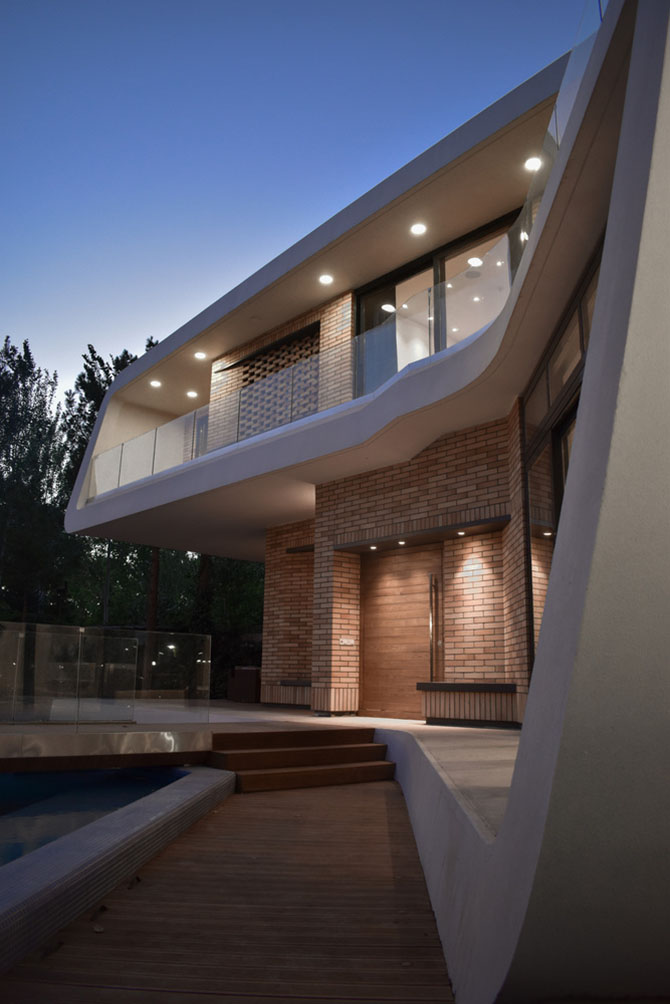 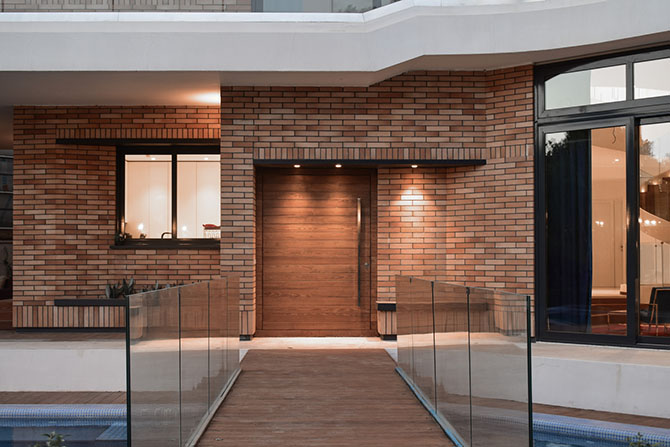 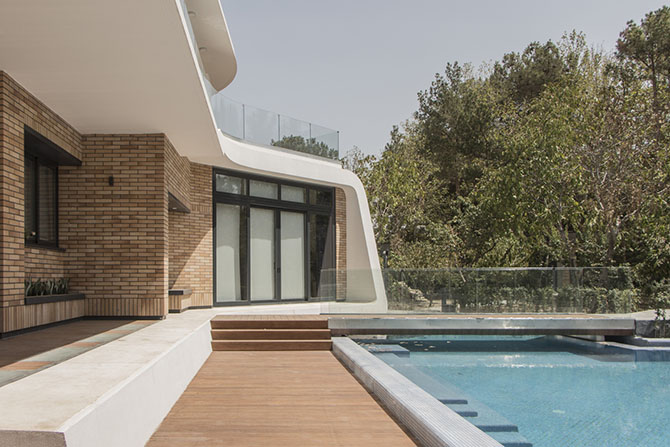 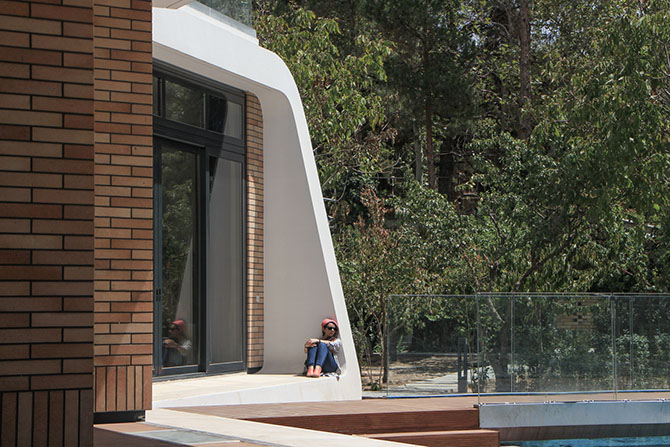 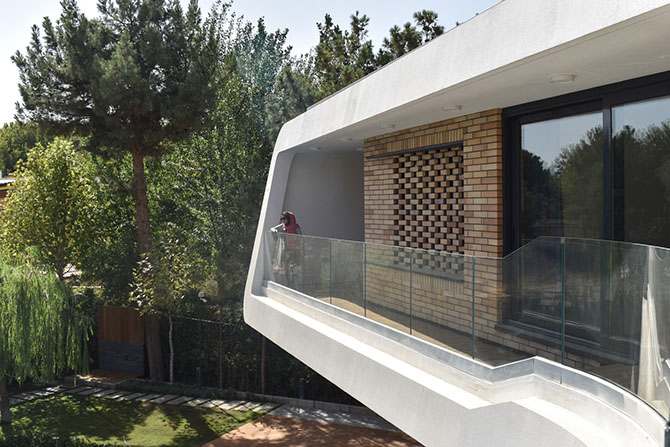 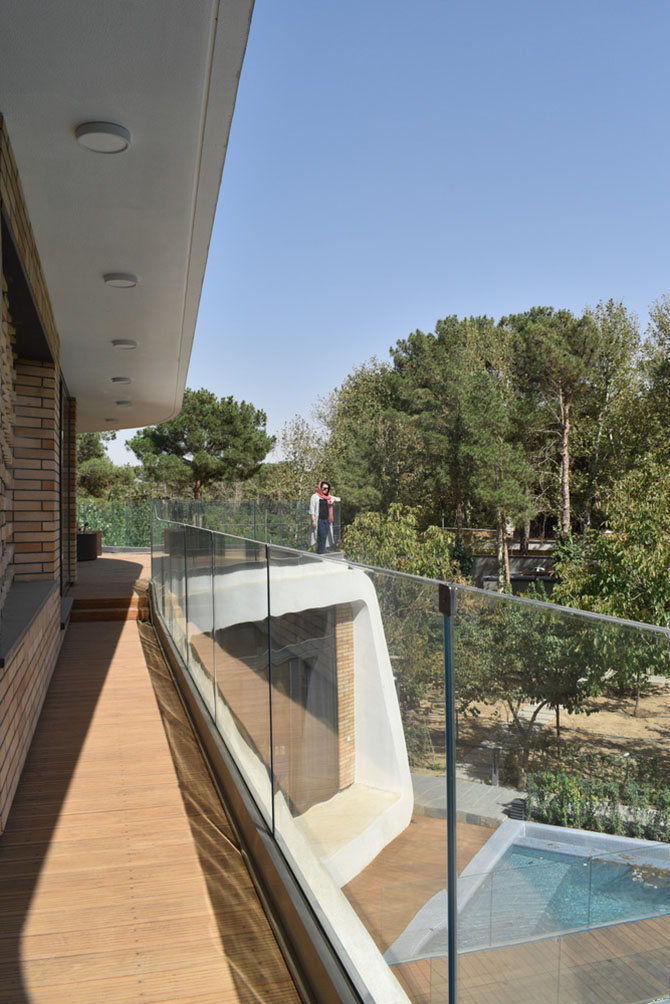 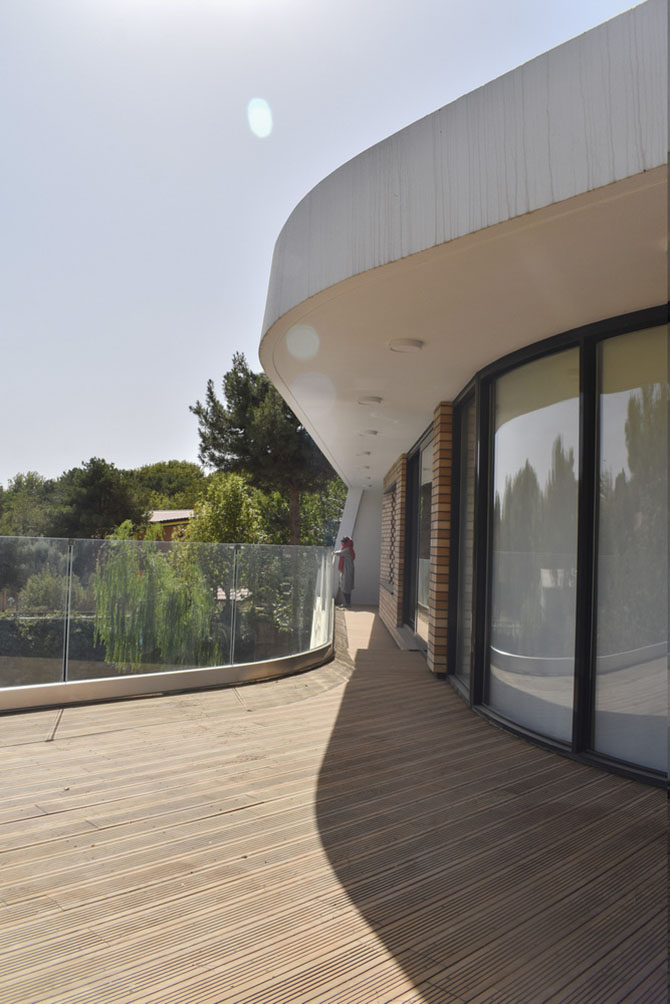 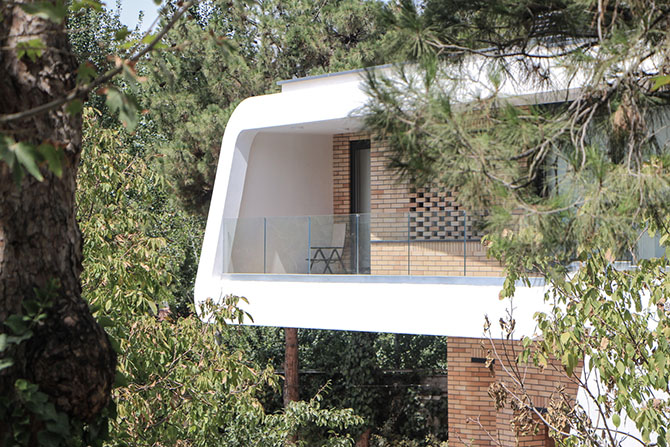 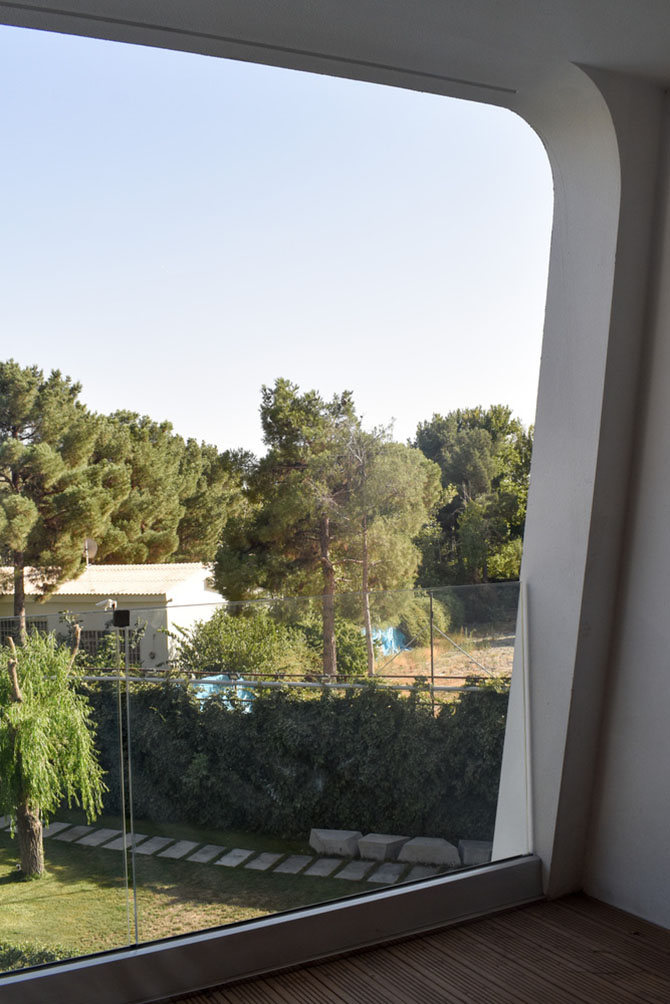 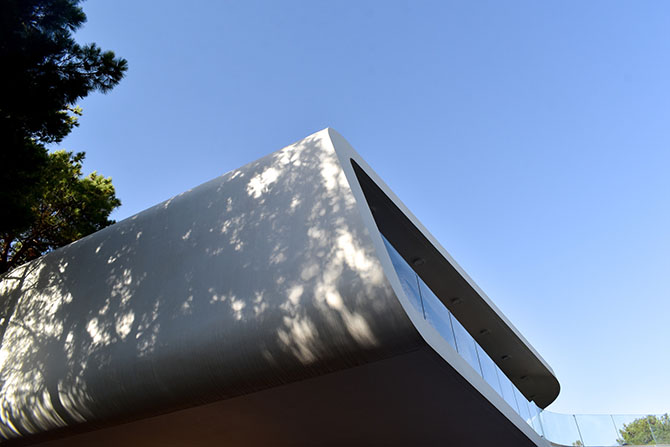 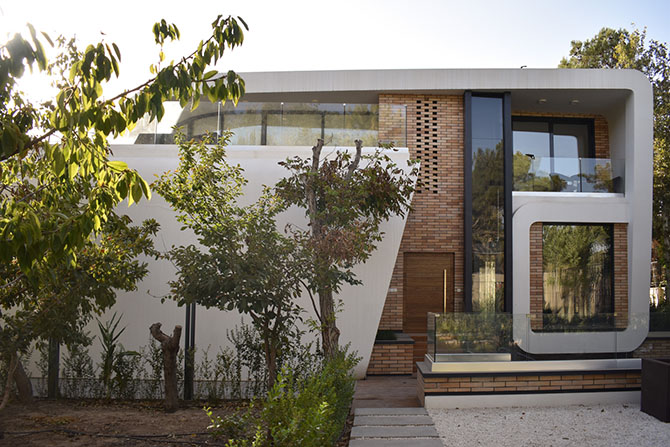 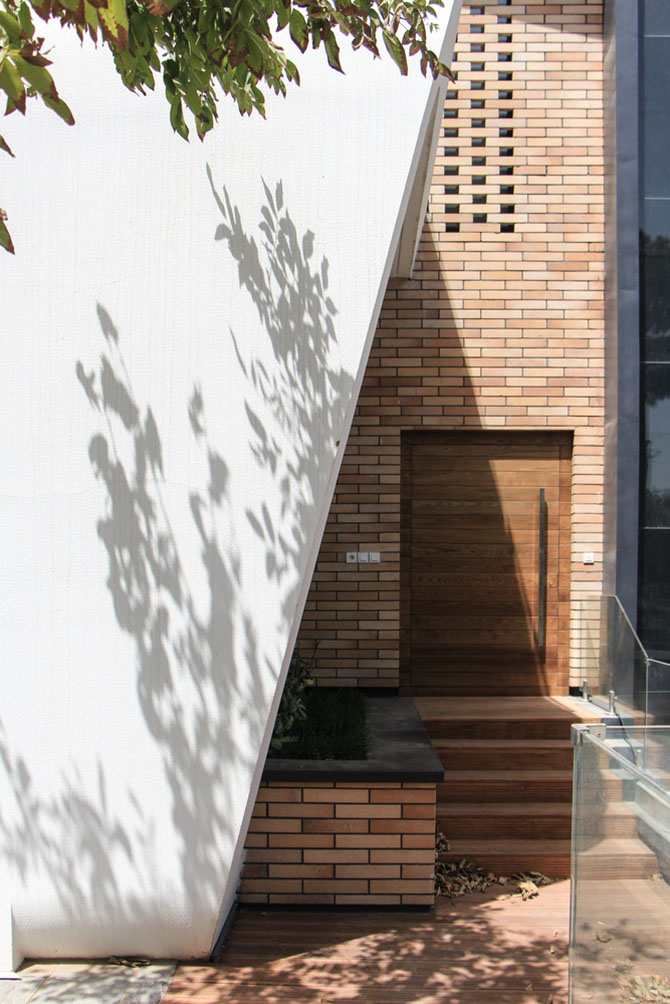 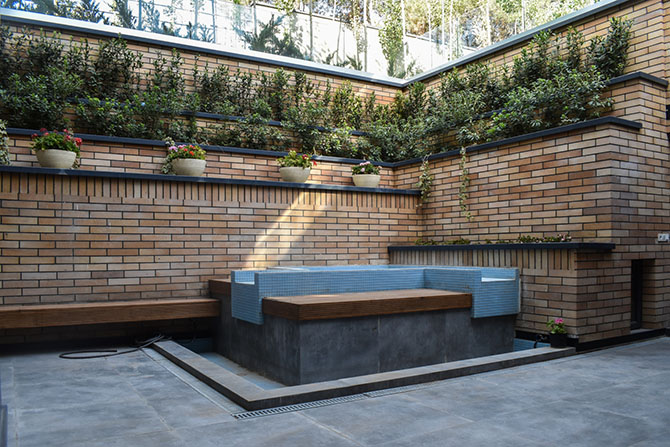 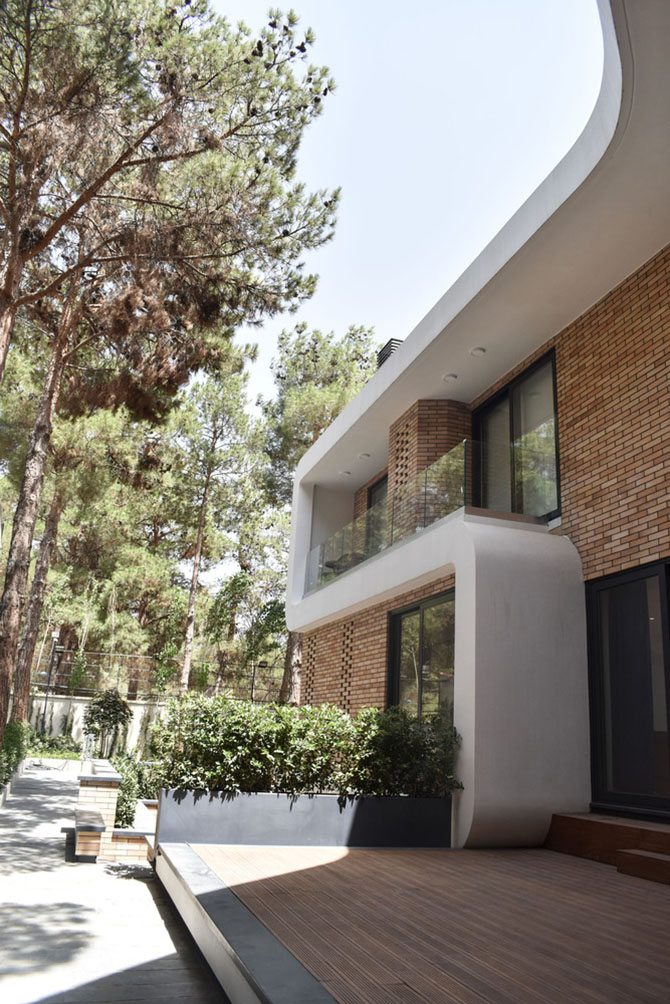 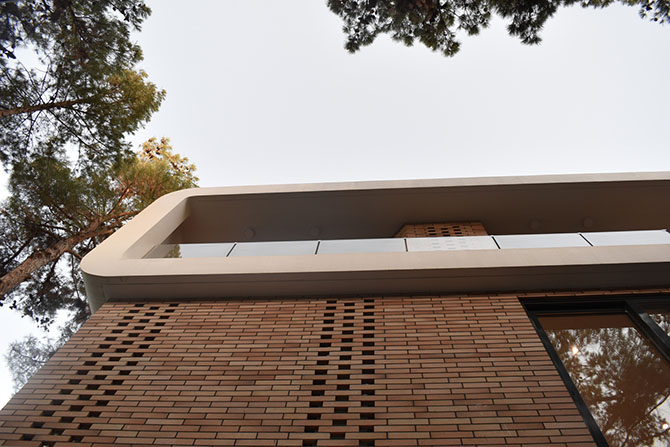 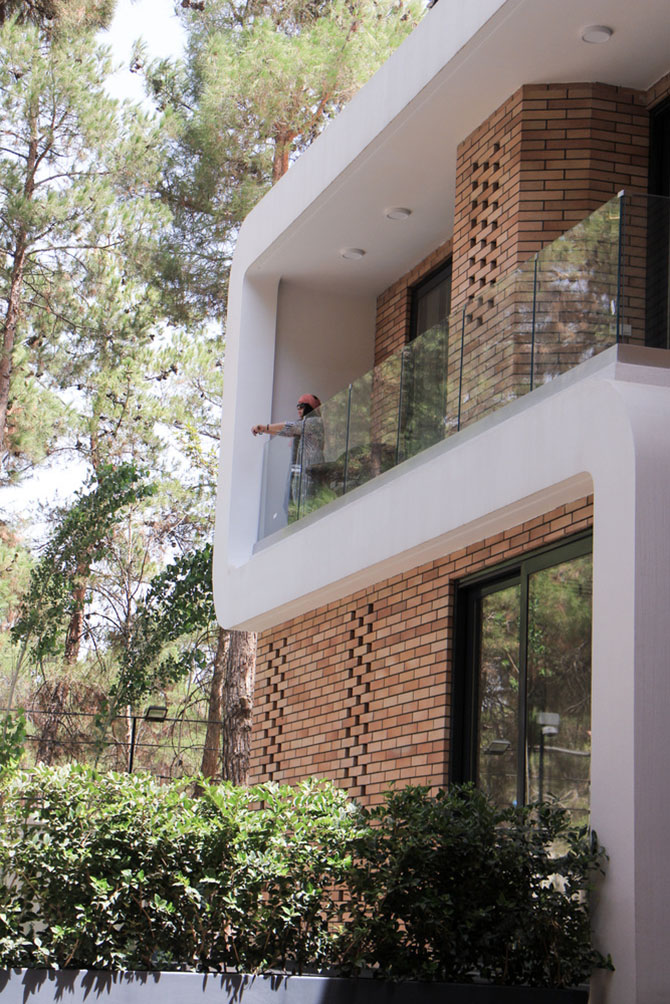 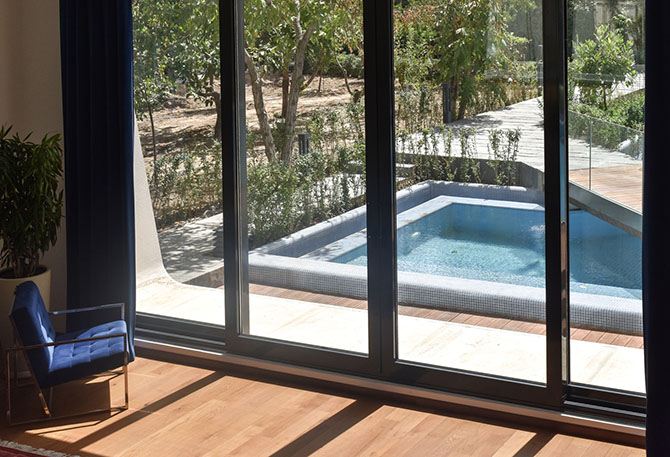 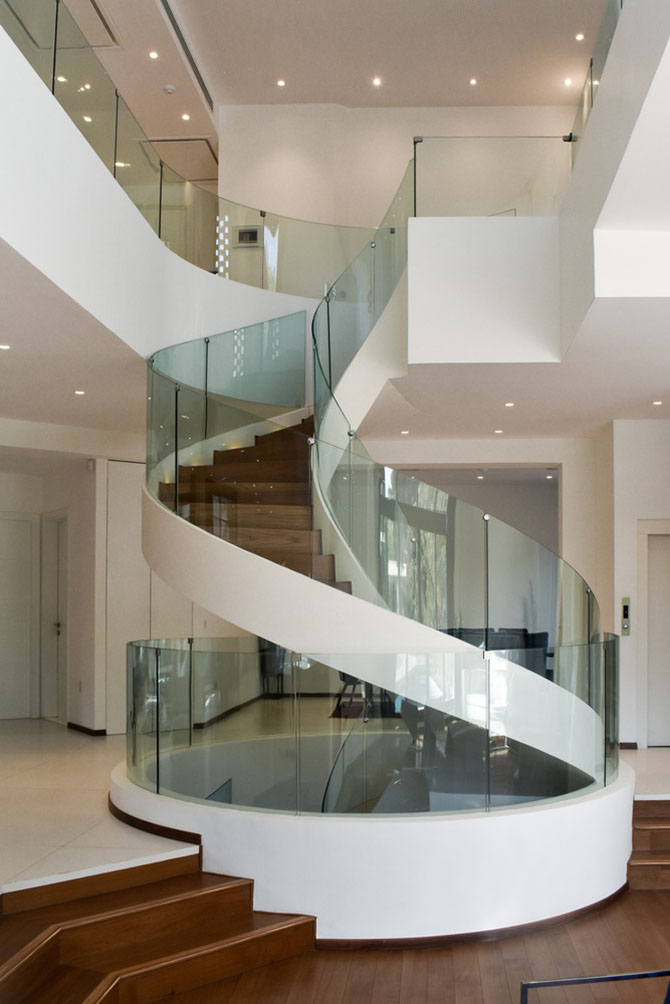 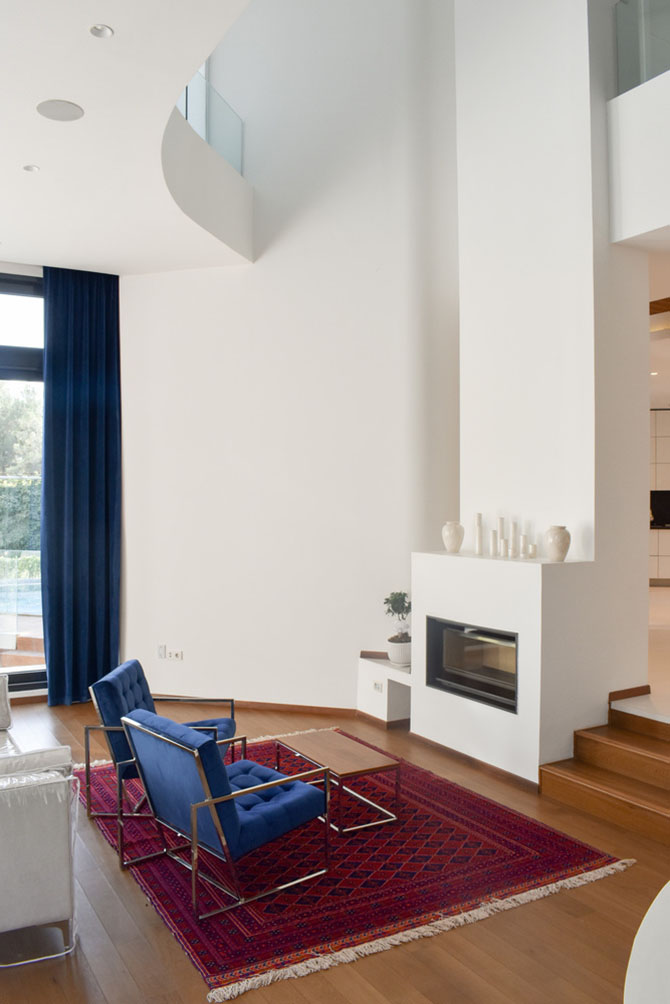 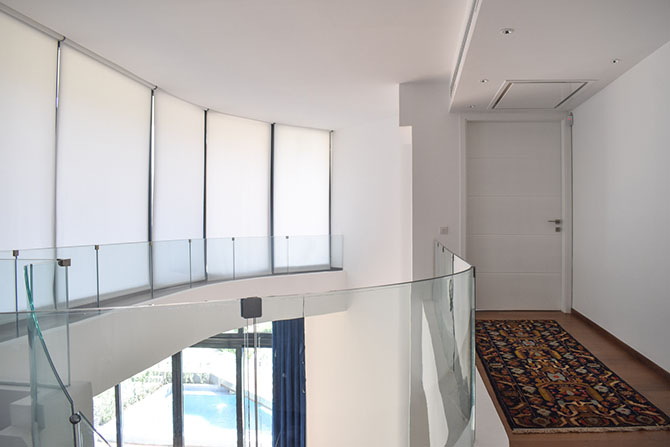 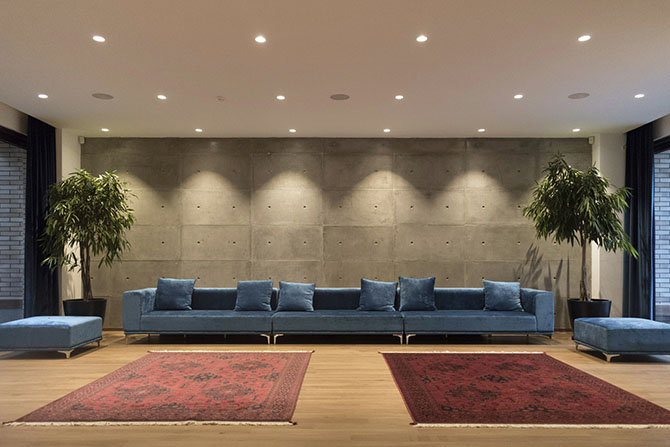 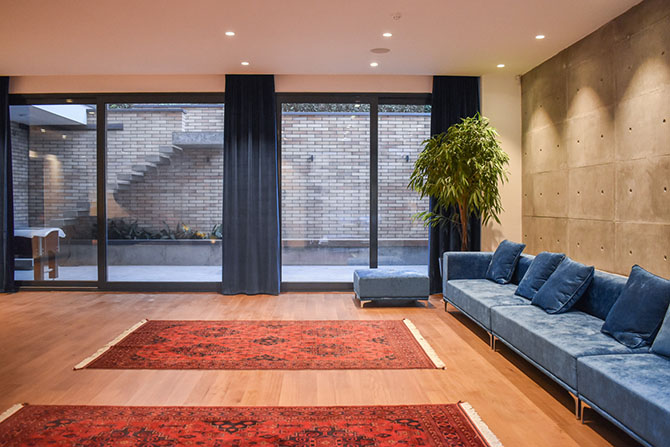 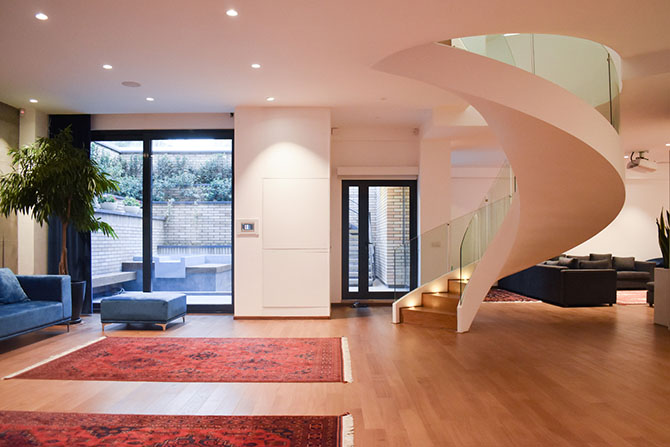 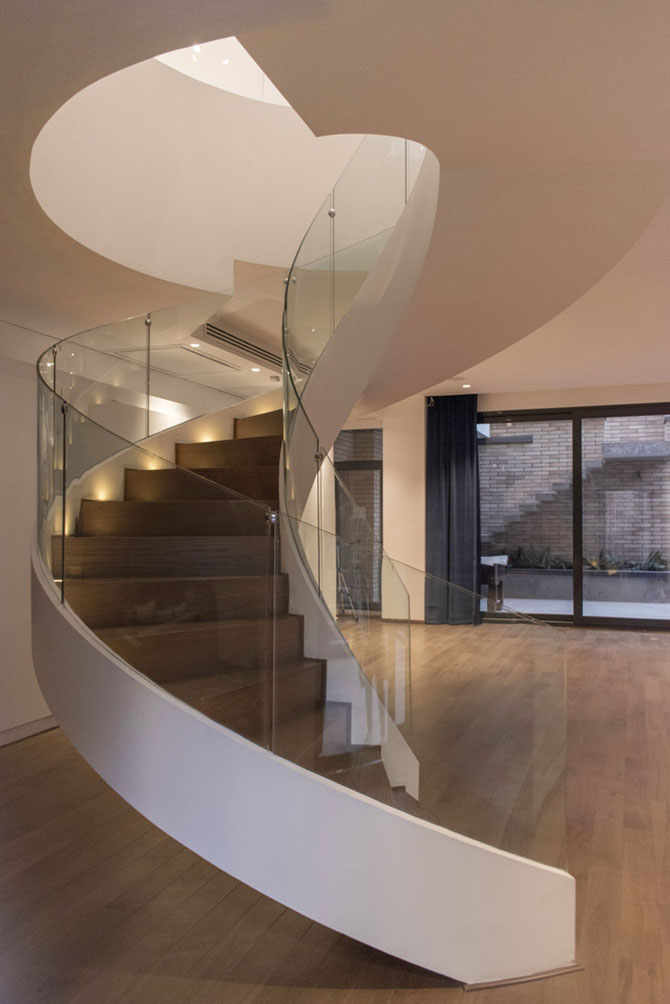 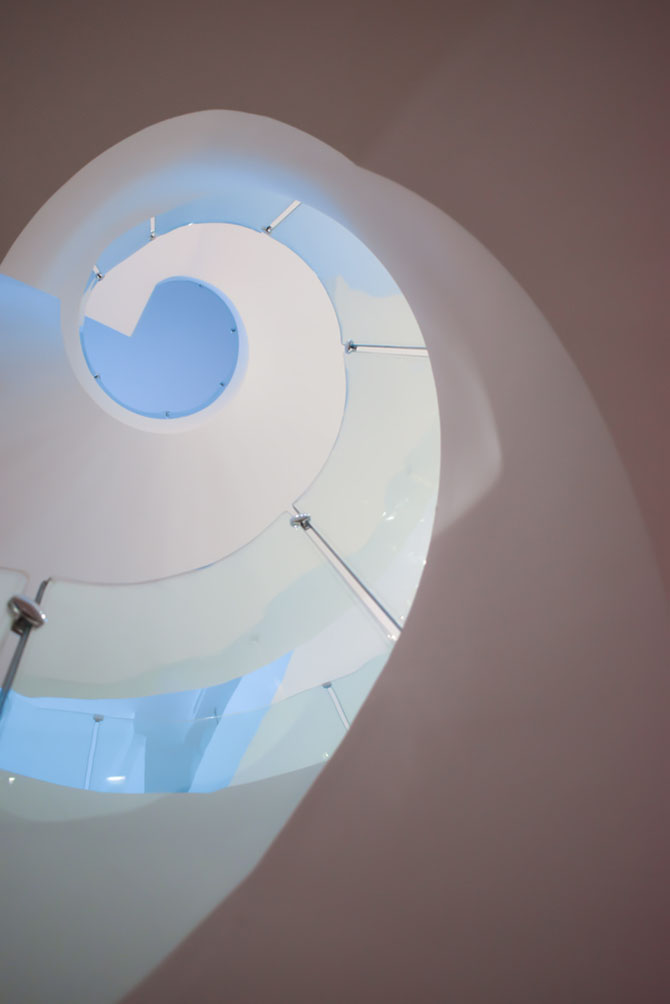 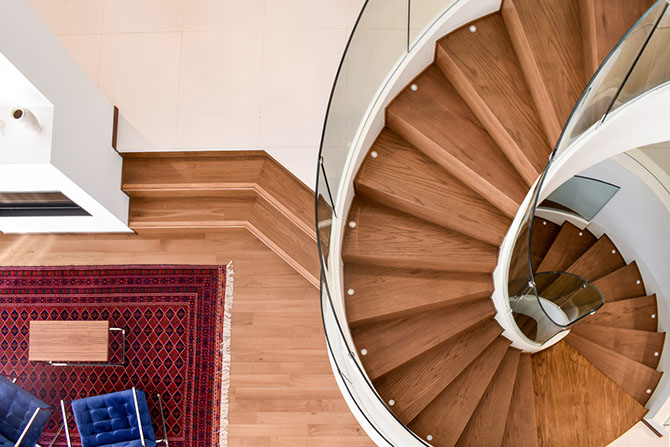 From the architects: A 2000 square meter green garden which is located in Zibadasht region of Karaj and a cottage is placed in the center of the garden. The client intended to destroy it and generate a new mansion in more expanded infrastructure. The main problem which was visible in the status quo was the lack of space appropriate to his requirements. Moreover, as he loves nature and was not satisfied with this interrupted relationship between an inside of the cottage and the garden area, asked a design which makes a more integrated relationship with the garden. In some way that when they are inside of the home, can observe what happens outside of the home concurrently and can make memories of changing seasons.

There were two weeping willow trees in front of the mansion which remind multitudinous memories. We decided despite making all changes according to their requirements, keep this part of landscape untouched to remain the sense of dependency in some parts of the design and connect them to their past. They asked to have a residential-recreational villa to live there with their two children and old parents. Besides, have enough space for celebration and weekend gatherings with family and friends. We had a nostalgic perspective on the issue. An Iranian family with gathering attitude and respect to traditions. Besides, the client’s desire was broadened new horizons more than project issues and looking for new possibilities on a global scale.

The concrete white surface with fluid motion among spaces and smooth lines, observes locating in global scope while the brick warm core with detailed bricking and human scale alongside attending to Iranian architecture qualities like sunken gardens, porches, apertures lightings, presence of nature and water and etc., is searching for connection with Iranian contemporary geography. Structure and architecture are completely interlace with each other and indeed the structure of the project is the same as the concept of the project. The concrete surface has designed in some way that whilst responding to architecture concepts, serves the structure and stability of the building.

The western, northern walls and the wall on a cantilever which is attached to the base by fillet shape are indeed the shear wall of the project and have a structural function and for restrained the earthquake in three directions. Even the shear wall on the cantilever which does not reach the foundation has structural properties and has connected the roof and first floor. The Structural System has consisted of two parts: First part Waffle Slabs (non-persistent U-boot frames Method) has been used to maintain the delicacy of form and respond to a number of Spans. The second part which we used, was sheared wall to avoid making structural frames in order to use thinner columns and asymmetrical columns. Also in the concrete cantilever part which has minimum 4.6 meter and maximum 6-meter length and 8-meter width, the pre-stressed cables have been used in both sides. 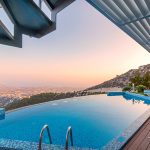