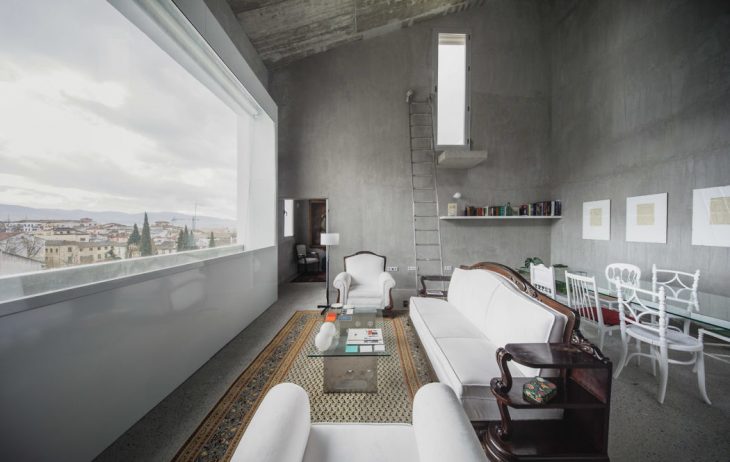 Elisa Valero Arquitectura designed this stunning apartment is located in Granada, Spain, in 2016. Take a look at the complete story after the jump. 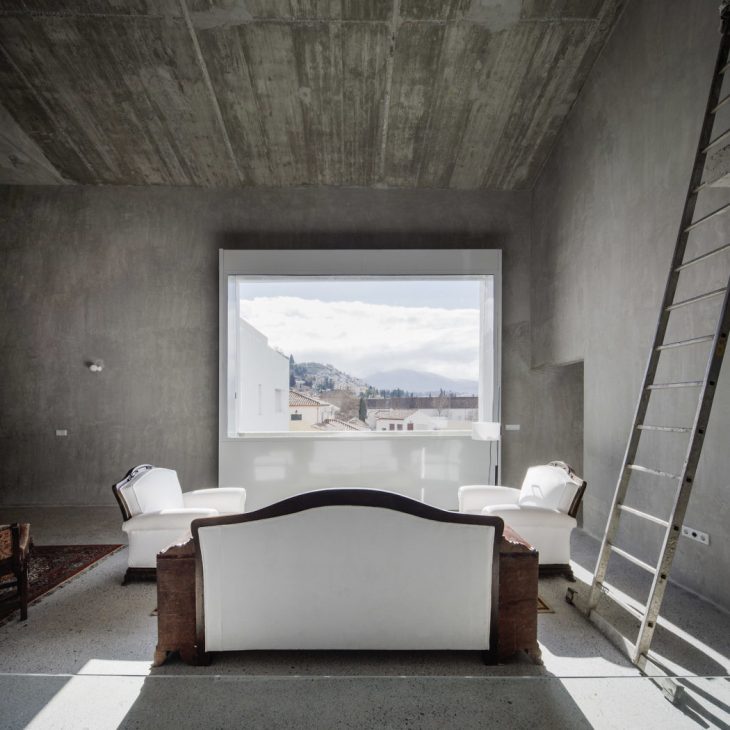 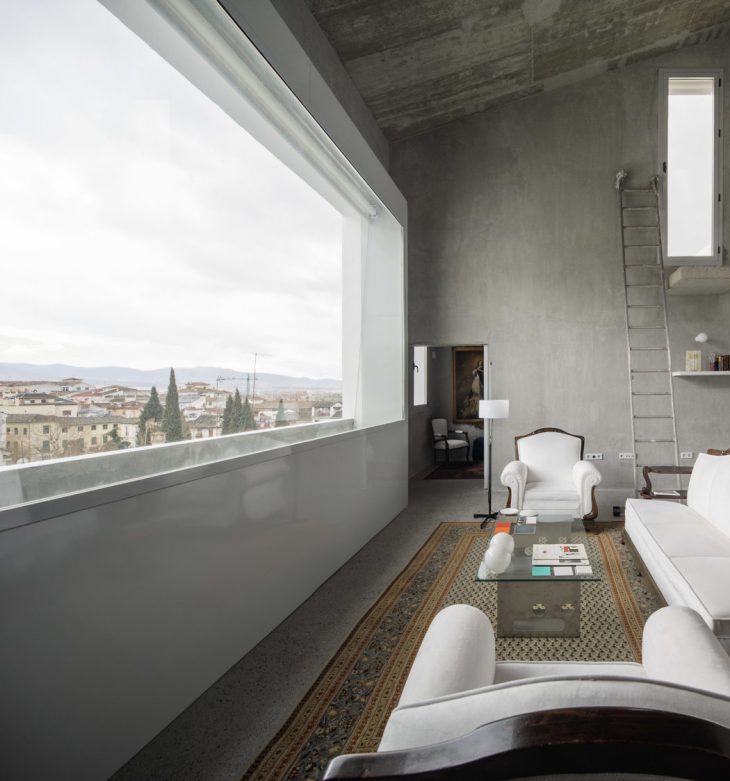 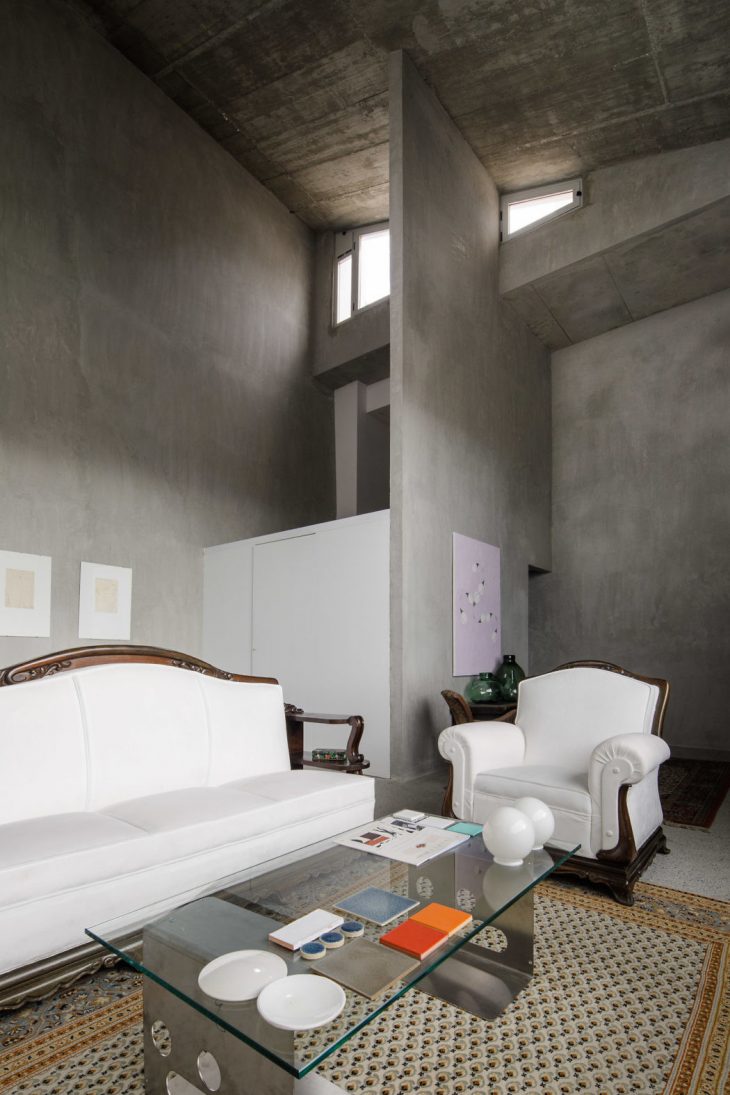 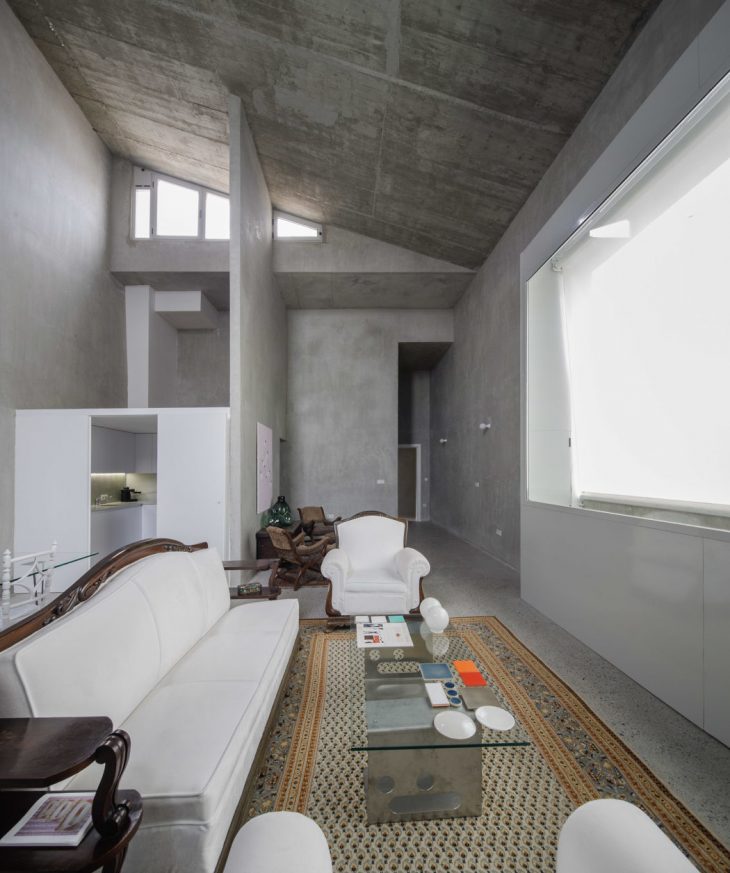 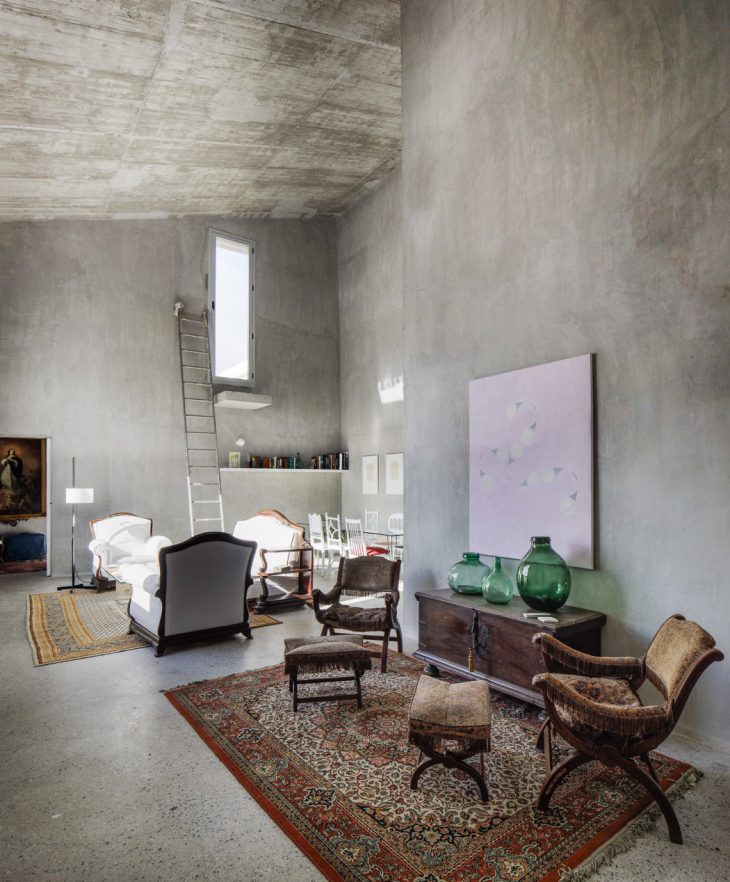 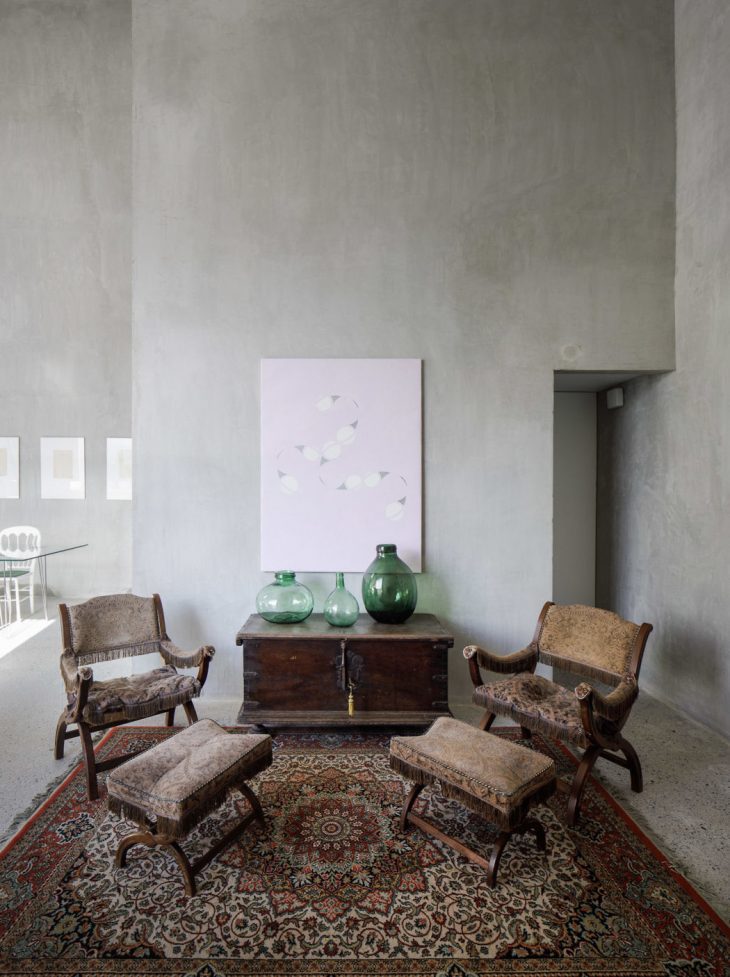 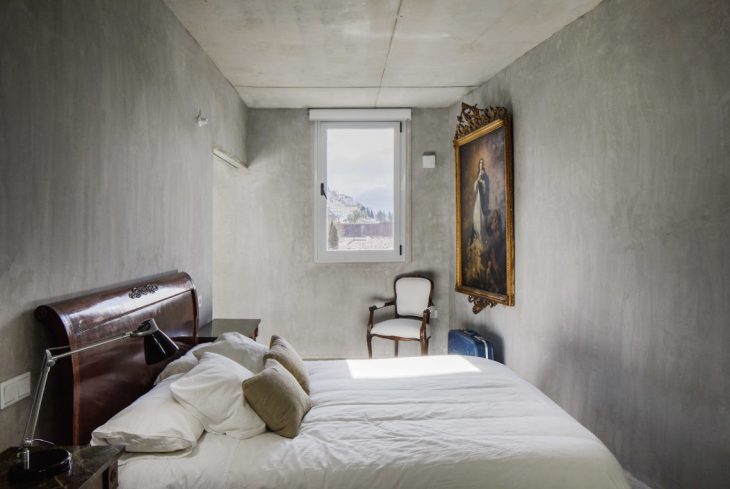 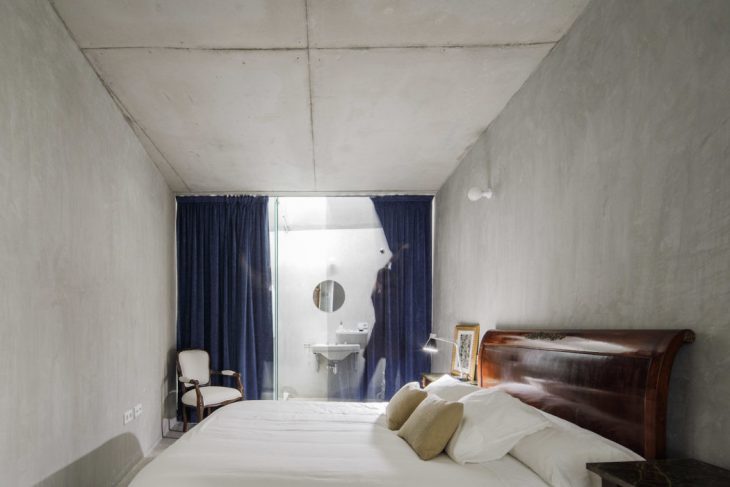 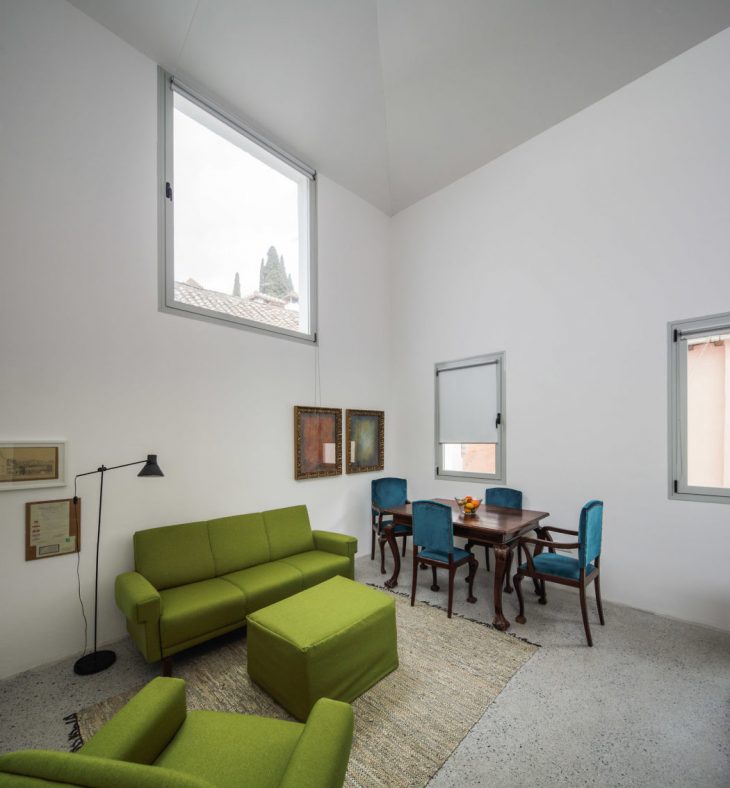 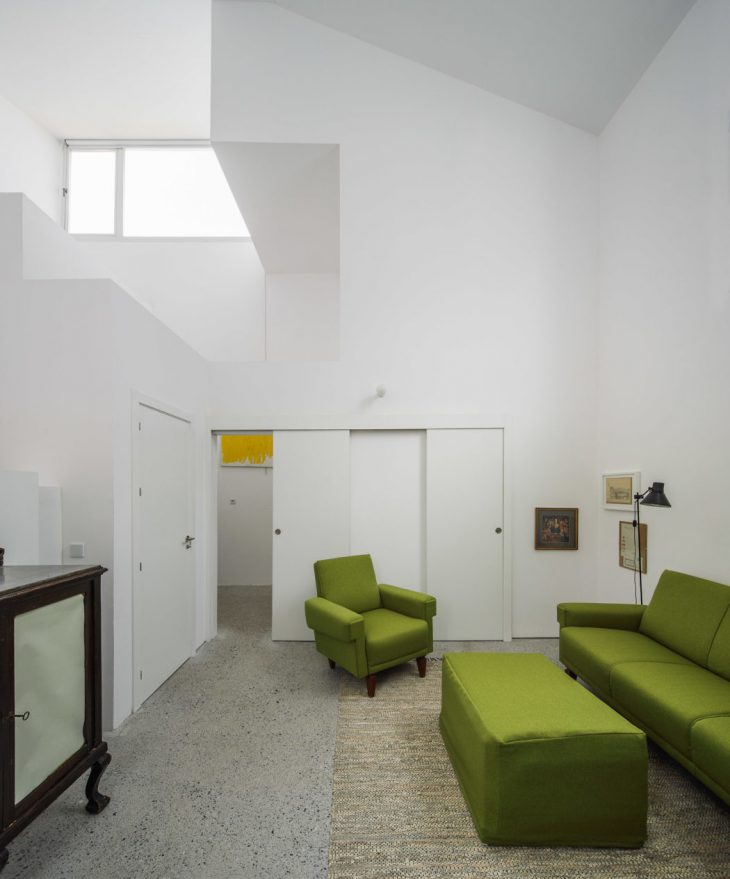 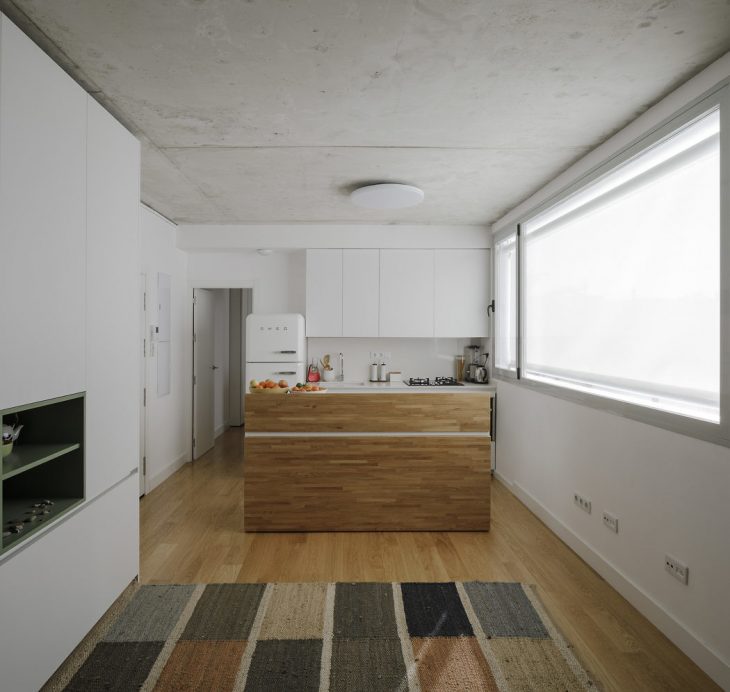 From the architects: This work is situated at the end of a small street that finishes in stairs, like many others on the west slope of the Mauror hill. In the upper part is limited with Bermejas towers and Carmen Blanco, and in the lower part with the square Campo de Principe. The whole complex shaped is the neighborhood of Jewish origin, called Realejo, one of the oldest in the city of Granada. The neighborhood is characterized by strongly accented topography, with up to 14 meters of denivelation inside the blocks, which allows the houses of the neighborhood to cling to the Vega de Granada and the Sierra Nevada.

As a result of an experimental project, eight apartments are built for a neighbors’ cooperative around a garden, whose wisteria and virgin vine unite with the adjoining gardens, climbing the adobe and brick wall that separates them.

The pavement is perforated with small holes in regular pattern, so that the rainwater goes back to the ground. In some points, the holes change the size to allow planting smaller trees or plants. Because of the slope of the hillside, the garden is at a lower level than the pedestrian access, so the houses on the ground floor have views of the Sierra Nevada or the city’s domes.

These eight apartments are all different, tailored to the needs of the cooperatives. For the construction, it has been used an innovative system of structural element of double wall, ELESDOPA, recently patented by a professor engineer of the University of Granada. With this concrete system, the vertical and horizontal walls are both structure and enclosure, with the thermal insulation in the interior, which allows to eliminate the finishing works. That means a substantial reduction of the costs of execution of the work.

The walls, floors and ceilings are all in exposed concrete. By designing following principles of bioclimatization, energy costs are also reduced and the building is of almost zero energy, because of the great continuous insulation and adequate orientations. The system has also made it possible to eliminate the pillars and give full continuity between the garden and the parking area under the building, which is facilitating for not very experienced drivers. For the same reason, the box of the stairs has been rounded.

The exterior of the building conforms to the requirements and regulations of the historic center of Granada. It is manifested through a continuous white wall without other adornment than the windows, all the same, following the typology of the neighborhood, with no other pretension than to integrate in the place. Inside the garden on the south-east and south-west facades, the windows alternate with other larger glazed openings. 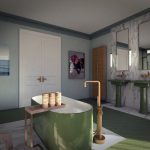