The plans for the much talked about Philharmonie de Paris were first revealed seven years ago, the project by Jean Nouvel has immediately received harsh criticism. Not so much for the design (which was in its own right praised) but instead for the massive spending costs planned in advance for the project. The initial cost estimate for the project by the famed french architect was 170 000 000 euros.

The new philharmonic orchestra building was right away marked as Napoleonic move of the former president Sarkozy, who was already under scrutiny for his lavish spending. We have talked about the project for the first time back in 2008, click HERE to see the initial renderings.

The controversy surrounding the building continues to this day, the architect himself did not show up during the official opening earlier in January. Jean Nouvel has in his interview for Le Monde revealed the building is ‘too incomplete to open’.  Nouvel has remarked the sudden opening, even before the concert season set to start later in the year.

The project is nevertheless one of the key new French landmarks, set to draw visitors and concert goes for decades to come.

For more images of the impressive new project continue below. 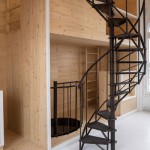 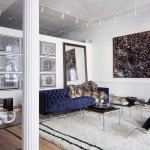