American artist Doug Aitken has designed a small house like project entitled MIRAGE, covered entirely in mirrors, in the desert outside Palm Springs. The Mirage sculpture is shaped by the sentiment of a ranch like American home. However the design is is put together out of mirrored surfaces which reflect the surrounding area and thus hide the design itself.

“MIRAGE is reconfigured as an architectural idea: the seemingly generic suburban home now devoid of a narrative, its inhabitants, their possessions. This minimal structure now functions entirely in response to the landscape around it. The doors, windows, and openings have been removed to create a fluid relationship with the surrounding environment. Situated at the juncture where the rugged San Jacinto mountain range gives way to the Coachella valley, MIRAGE is perched over a distant modern development that fades into the open desert. As MIRAGE pulls the landscape in and reflects it back out, its familiar architectural form becomes a framing device, a visual echo-chamber endlessly reflecting both the dream of nature as a pure uninhabited state and the pursuit of its conquest. Its mirrored surfaces form a life-size kaleidoscope that absorbs and reflects the landscape. Subject and object, interior and exterior, the psychological and physical; each of these oppositional forces are held in constant tension, yet allowed to shift and transform in the ever-changing desertscape.” from DOUG AITKEN

The project is set to open this weekend with Desert X around Palm Springs, California (USA). For location and visiting hours log on to www.dougaitkenmirage.com
⠀ 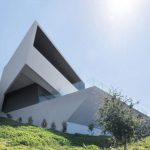 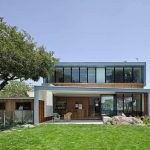