Studio Fivedot transformed a casino in Kent, Washington into a library. The design team repurposed an existing building which contributed to the revitalization of an area that had previously been in decline. Take a look at the complete story after the jump.

From the architects: Libraries are key parts of the social infrastructure in our society. One of the few remaining public spaces, libraries are places of sharing, learning and discovery. For this project, Fivedot was able to turn a casino, which took from the community, into a library; which gives back to the community.

The design team was able to repurpose an existing building which contributed to the revitalization of an area that had previously been in decline. Panther Lake is a smaller community that is part of a larger city yet is distinct both geographically and culturally. It sits on a plateau above the main city of Kent and has one of the most diverse populations in the country. The community asked for a library of their own to act not only as a place of knowledge but as a focal point for their identity.

Fivedot took a building that was closed from the outside by design and opened it up to create a light filled oasis for the community. Large skylights flood the reading area with light while the planters bring the surrounding landscape right up to the windows to shield the view of the surrounding parking. A welcoming entry and custom touches throughout the building have created a place for learning, gathering and sharing. Custom furniture from 16th Workshop, a local furniture maker, an excellent art selection and the fabulous KCLS library staff have made this library a true home for the community of Kent Panther Lake. 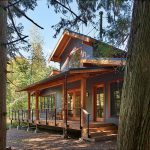 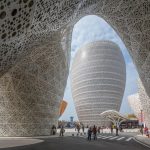