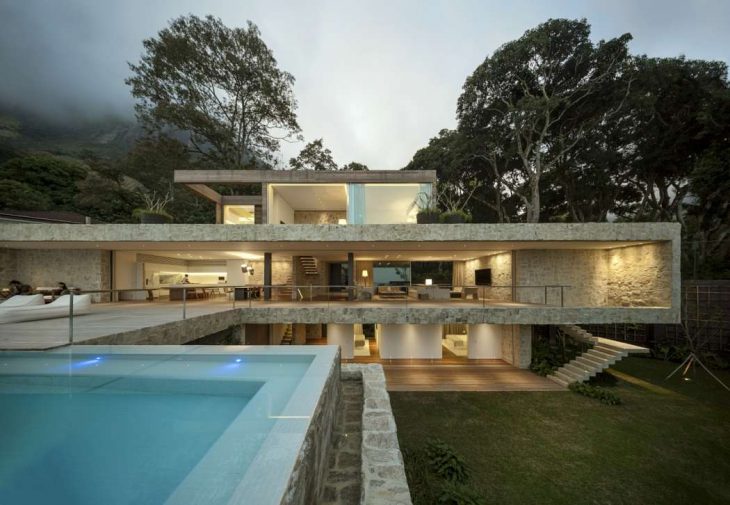 Arthur Casas designed this stunning contemporary private residence located in Rio de Janeiro, Brazil, in 2013. Take a look at the complete story after the jump. 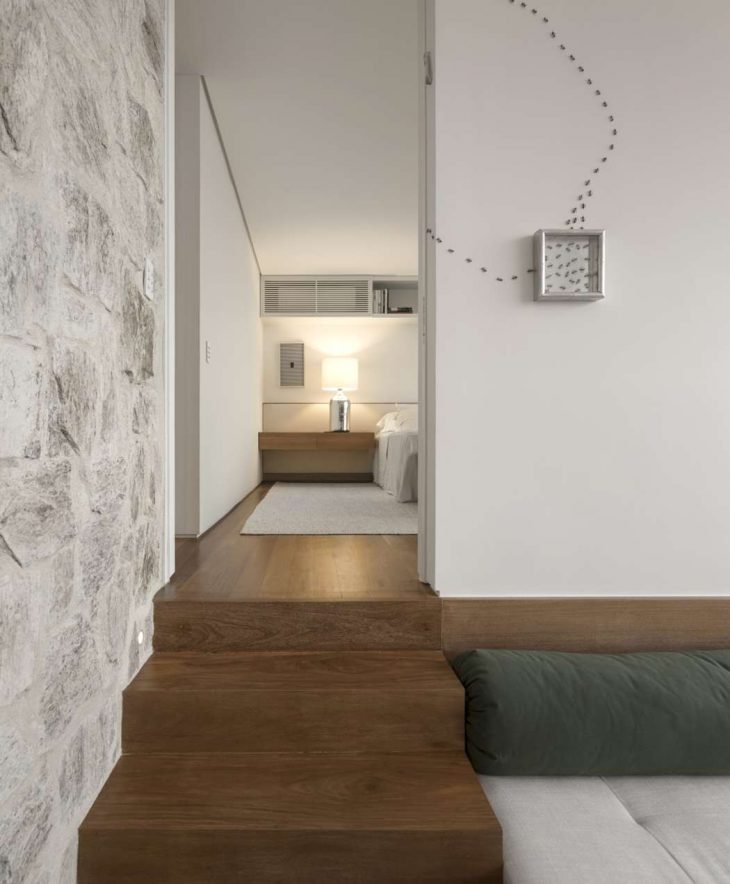 From the architects: In Rio de Janeiro there is no choice: one has to celebrate the landscape and that is the case of Casa AL. It is a project intimately conceived with a long time client and friend. Its conception started with the selection of the plot. The triangular shaped area was surrounded by high walls that left the future owner quite skeptical about the real possibilities of reaching the splendid views towards Gavea Rock and the Atlantic. For him to exchange his cozy apartment for a house in São Conrado, it was necessary to prove that the architecture could transform the apparent disadvantage of the steep terrain and the strong presence of the neighbors into the starting point of an exceptional project that lifts itself to reach the sea. A bachelor with an intense social life, the young entrepreneur was very open when he proposed a simple program: a space for hosting friends and sharing with them the landscape; another for having total privacy
and contemplating the landscape. The first gesture consisted of proposing a large, floating, horizontal volume, above the neighbors’ walls and roofs. In this space we placed all social activities, whereas guestrooms and service were placed on the ground floor and the private apartment, on the second floor.

The plan tried to work with the urban scale of the street by transforming the walls of the house itself into a succession of paths that start with an open garden that lead towards a stone covered open gallery in front of the main entrance. These paths gradually reveal the transition between the context of the street and the astonishing living room that is entirely open to the Atlantic. Extensive horizontal lines, parallel to the horizon reinforce, the impression of amplitude. In this space, impressive spans gather the living room, home theater, dining room, kitchen and balcony in one continuous room. The Brazilian teak flooring extends outside to the balcony, erasing boundaries, whereas the glass doors slide inside the walls to eliminate any barriers with the landscape. The structural calculus was pushed to its limits in a project where the intermediary volume is suspended and the load is transmitted only to the concrete staircase and two metal pillars, the whole system supporting a wooden volume of the second floor.

The infinity pool is a separate volume, a necessary space that transits in between architecture and landscape, in front of the balcony limited by delicate metal railings that seem to disappear among the horizontal lines of the house. If the house frames the sea from within, it is framed by the mountain and forests behind, standing in contrast against the monumental scale of Gavea Rock and the constant movement of hang gliders.

On the ground floor were placed the guestrooms, service areas and the kitchen. The landscape aimed to erase the presence of the surrounding walls by mimicking Tijuca forest while bringing its exuberant species to the courtyard and gardens in front of the rooms. The external concrete staircase, in a tone similar to that of the Carijó stone, extracted in nearby state of Minas Gerais, truly becomes a cantilevered structure that leads to the social areas of the first floor. The living room floats in between the trees that rise from the ground floor courtyard and the view towards São Conrado. In contrast with the sobriety of the stone, the interior design aimled to bring smoothness, comfort and casualness to the spaces, either by choosing cozy furniture from New York antique shops, either by employing vegetal fibers such as the sisal carpet. The dining table was also designed by Studio Arthur Casas to frame the landscape. Sliding walls make up the only possibility for dividing this large space while isolating the kitchen during parties. The two dark gray metal columns are in retreat and witness the structural effort necessary to reach the mesmerizing horizontality.

Finally, the second floor volume is almost a house in itself. It was conceived as a cabin to attend the intimate scale asked by the client. It includes an office, a bedroom, a closet and a bathroom with a spa. The millwork sculpts and distributes the space on different levels, with the working area oriented towards the sea and the generous windows bringing the Atlantic within this private apartment.

Casa AL results from the balance between a challenging plot and the simplicity of the client’s desire to host friends and share with them the beauties of Rio de Janeiro. The challenge to answer those demands reveals the difficulty of building a truly concise architecture that erases itself in front of an extraordinary context and the satisfaction of achieving a project made of few gestures and materials that praise the landscape. 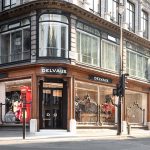 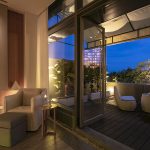