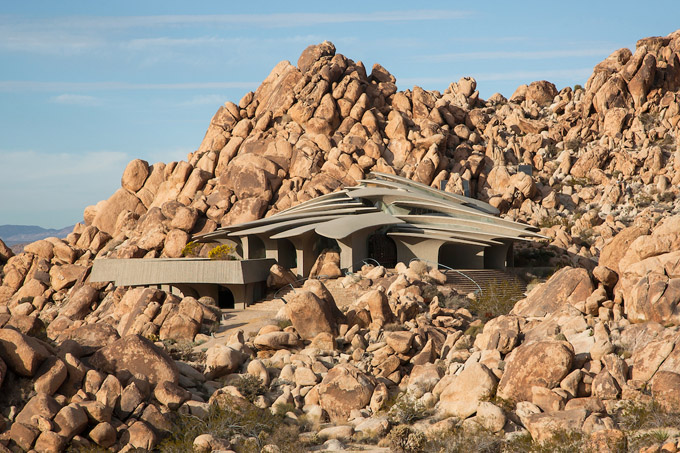 Commissioned by artist Bev Doolittle and her husband to create the structure, Kendrick Bangs Kellogg designed this stunning residence, perched on the slope of a rocky hill in the Californian desert, not far from Joshua Tree National Park. Its impressive exterior form which is embedded within its natural surroundings consists of numerous cast-concrete slabs, which seem to cover the interior like the foliage of an otherworldly tree. Take a look at the complete story after the jump. 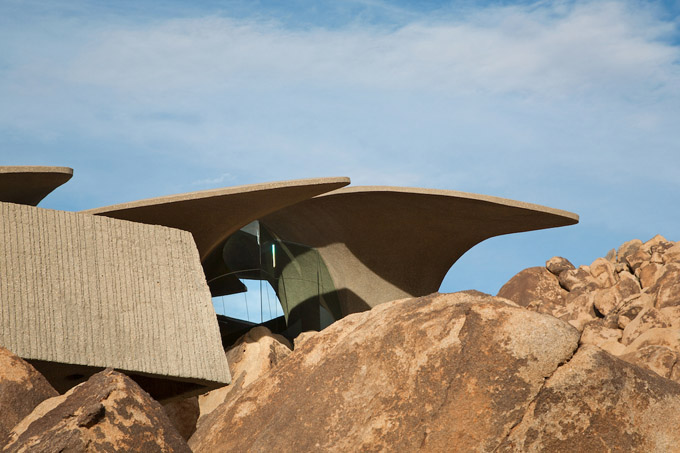 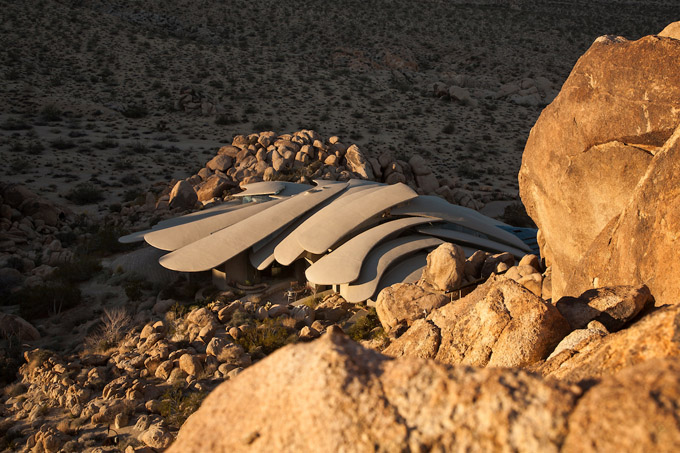 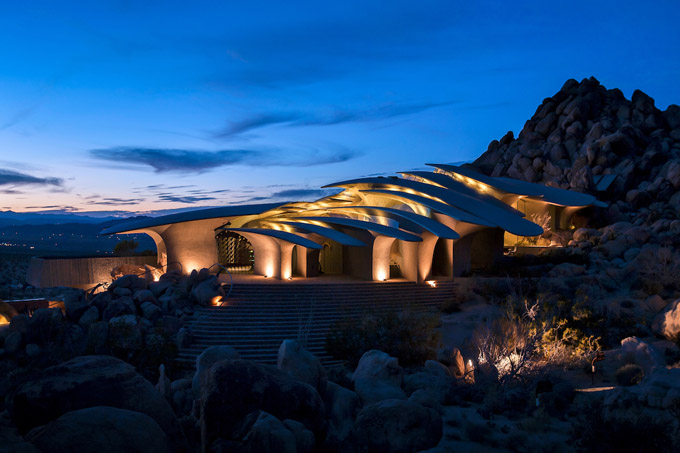 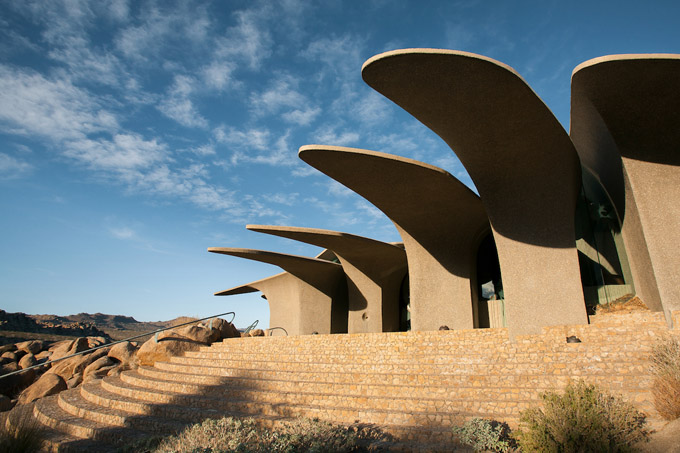 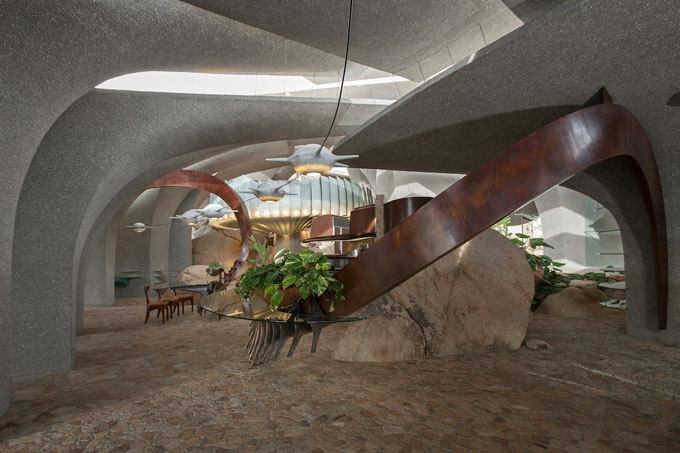 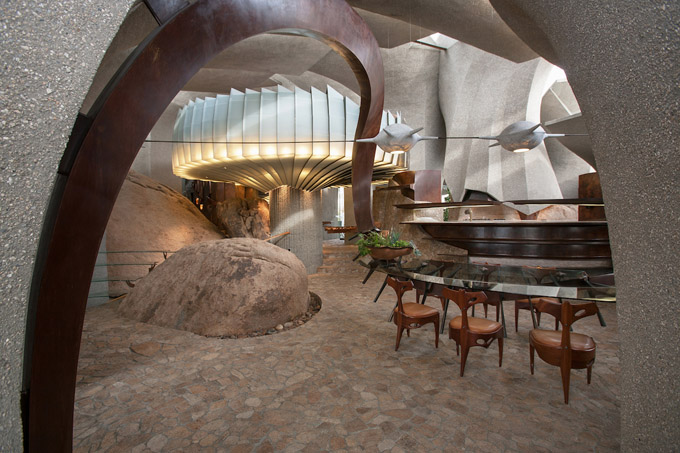 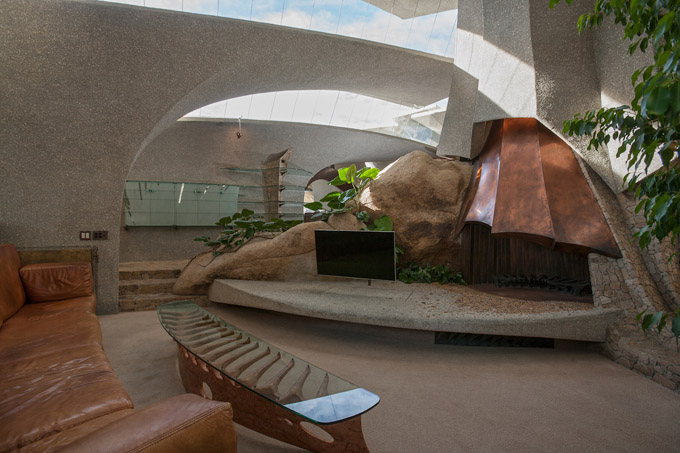 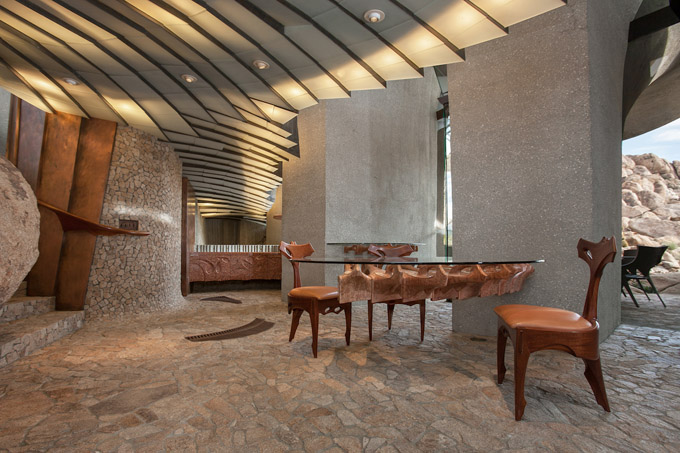 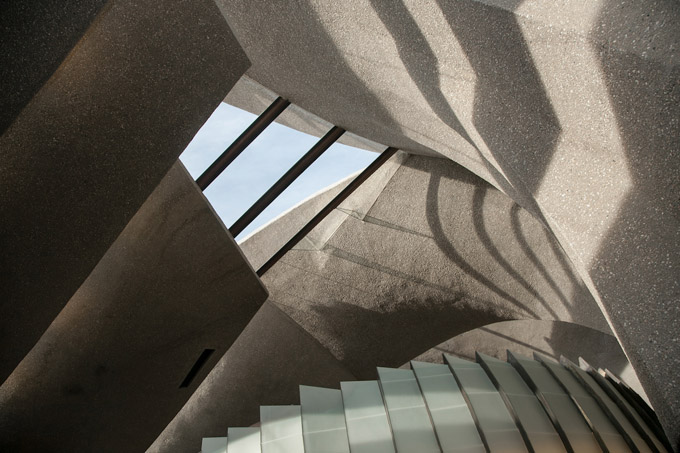 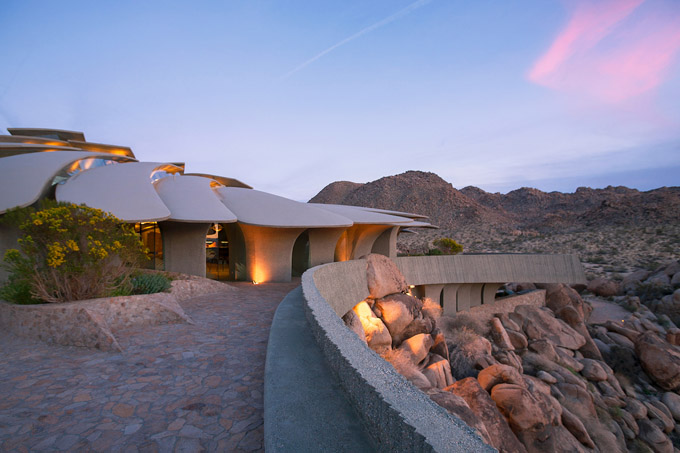 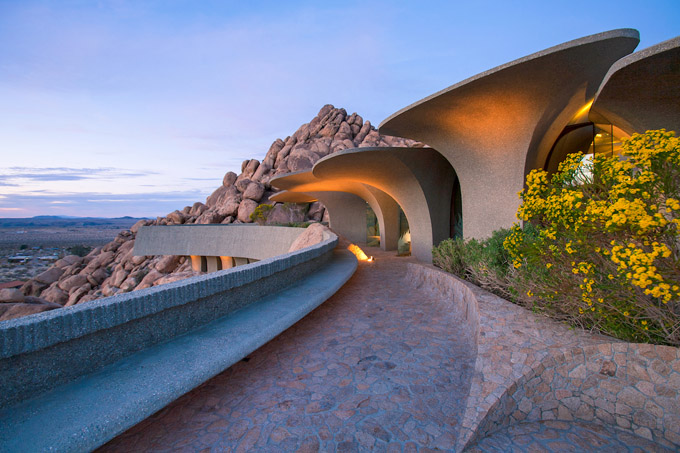 Construction on the house started in 1988 and spanned 5 years. The skeleton of the home is formed by 26 concrete columns sunk seven feet into the bedrock. Kellogg brought his long-term collaborator, designer John Vurgin on board, to design the interiors. He created the interiors in over a decade continued working on the thejm until 2014, when the house was eventually sold. 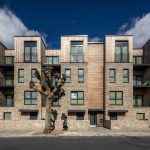