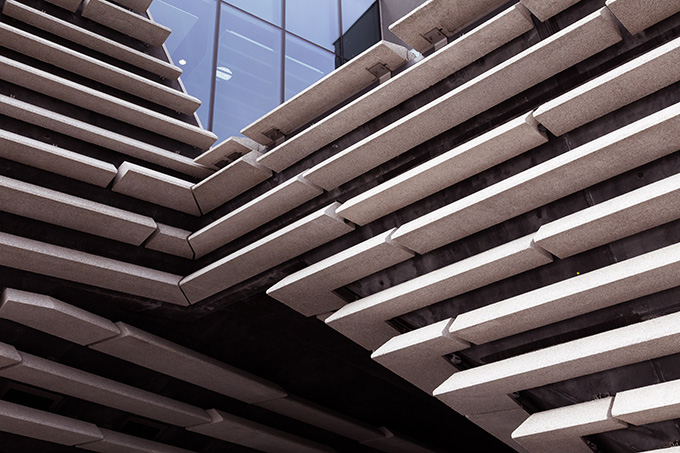 The architecture scene has gone through many permutations over the last 150 years. The forces of conservatism and modernism have been locked in a never-ending grapple that has spawned an exciting, if occasionally baffling, number of trends.

These trends have generated a smorgasbord of different styles in most capital cities, many of which contain buildings that would leave a time traveller from the nineteenth century scratch their head.
This diversity comes in part from the sheer variety of thought to emerge from the field, which has gradually developed into an impressive melting pot that pushes the envelope of what a building can be.

And the number of spaces in which these ideas can accumulate is growing, whether that means the new growth hub Arise Innovation, networking events from the Royal Institute of British Architects (RIBA), or the annual Architecture and Collective Life Conference.

To show how varied the industry can be, here’s a grab bag of buildings which have changed the face of the architecture as we know it.

The Hacienda was a nightclub based in Manchester which ran from 1981 until 1997. During that time it brought the vibrant atmosphere of a New York nightclub to the UK, and in doing so revitalised the club scene for generations to come.

These innovations were in no small part thanks to Ben Kelly, who masterminded a building which merged the project’s seemingly impossible aim to be a nightclub, gig space, restaurant and arts venue rolled into one.

According to Peter Hook’s book The Hacienda: How Not to Run a Club, Kelly created ‘an inside/outside tension, a city within a city, a place of walkways, plazas and bars, with bollards and cats eyes, supports and stripes suggesting certain journeys through the building.’

The end result was a nightclub with the flexibility to host almost any event – and a memorable experience for anyone who visited the coolest club in the world.

The Royal Shakespeare Theatre (originally known as The Shakespeare Memorial Theatre) is based in Stratford-Upon-Avon, and was the first important public building in Britain to be designed by a woman. Architect Elisabeth Scott won a competition to build the theatre in 1928 with her brutalist-inflected design on the town’s impeccable waterfront.

The design merged seamlessly with the town as it was at the time and, as observed by Sir Banister Fletcher in A History of Architecture, creates a ‘gracious and dignified effect [..] without recourse to historical sources for inspiration.’ 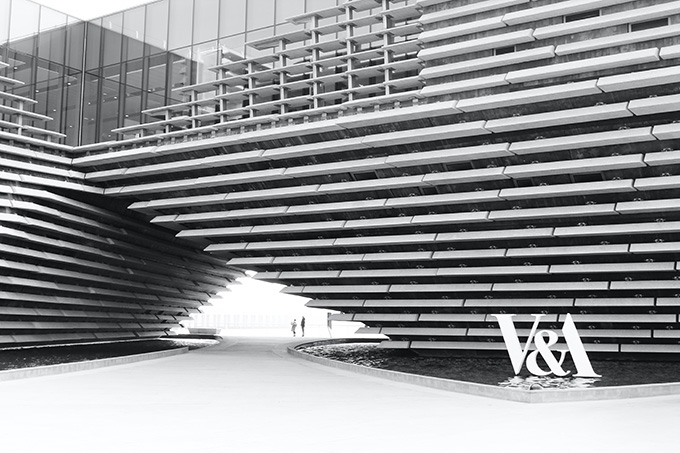 The V&A Dundee is the newest building on our list, having been officially opened in 2018, and it marks an exciting future for architecture.

Architect Kengo Kuma designed this first outpost for the V&A by matching its aesthetic with the small post-industrial city he was building in, envisioning it as a ‘living room for the city.’
This is a location where tourists and Dundonians alike can put up their feet and enjoy the UK’s rich seam of culture. 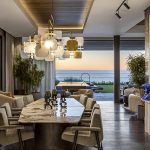