Belgrade Design Week (BDW) and Domus Academy (DA), in collaboration with Nemestic Studio, for the first time jointly call young creatives from Serbia and the entire SEE region to participate in the traditional “BDW 100% Future Serbia” competition. Belgrade will once again become the centre of young creatives from the whole SEE region from June 2nd to 9th. One best candidate will be awarded with a FULL SCHOLARSHIP FOR A 2013 SUMMER COURSE AT THE FAMED DOMUS ACADEMY IN MILAN!

Belgrade Design Week (BDW) and Domus Academy (DA), Milan, in collaboration with Nemestic Studio, for the first time jointly call young creatives from Serbia and the entire region to participate in the “BDW 100% Future Serbia” competition, which is now organized for the third time in row, after much success in past two years. Belgrade will once again become centre of young creatives from the whole SEE region from June 2nd to 9th.

One best candidate will be awarded with a FULL SCHOLARSHIP FOR A 2013 SUMMER COURSE AT THE FAMOUS DOMUS ACADEMY IN MILAN!

The “BDW 100% Future Serbia” contest will take place from May 1st 2013 until May 25th 2013. The winners will be chosen by a jury consisting of the DOMUS ACADEMY, in cooperation with BDW and Nemestic studio.

Find out more about the contest at BDW's web site http://www.dizajnpark.com/100-future-serbia/competition/

Domus Academy, Milan, Italy, in collaboration with Nemestic Studio, will be awarding:

1. One best candidate with a full scholarship for a summer course at Domus Academy in Milan in 2013 (covering the tuition fee of a 1750 € value).

2. All candidates are required to develop one WORK related to one of the following courses of the Summer program they wish to apply for:

Domus Academy is one of the most prestigious fashion and design schools in Europe and world. It has a various spectre of master and summer courses with a focus on design topics. Domus Academy was founded in Milan in 1982 as the first postgraduate design school in Italy and today has students from all over the world. Domus Academy Summer Courses are short intensive courses specific on those themes of design fields that are extremely topical and challenging for university students and young professionals keen on enhancing knowledge and skills with the objective to open new perspectives for the business implementation.

Belgrade Design Week 2013 will be awarding:

1. The second best 5 candidates chosen by DA will be rewarded with an equal second prize consisting of free tickets for the famous international BDW 2013 Conference in June in Belgrade, Serbia.

2. The third best 20 candidates will be rewarded with an equal third prize consisting of tuition at a BDW “DizajnLabs” Workshop moderated by Sergei Sviatchenko, one of the most influential innovators of modern collage, on June 4th during BDW, in Belgrade, Serbia.

3. The fourth best 20 candidates will be rewarded with an equal fourth prize consisting of tuition at a BDW “DizajnLabs” Workshop moderated by Gianluigi Riccuperati, the Dean of the Domus Academy, on June 5th during BDW, in Belgrade, Serbia.

4. The overall best 100 works will be rewarded with an equal fifth prize consisting of exhibition space in one of the 100 shop windows in the centre of Belgrade, from June 2nd to June 9th at least, organized by BDW;

5. Out of the 100 works in 100 shop windows, the 10 to 20 best ones, depending on the location, will be jointly exhibited at one location in Belgrade, as the competition’s place of special focus

The main idea is to transfer classical museum exhibitions to the streets of the city and to present them to a wider general audience, not only to those who regularly visit galleries and exhibitions. The exhibition will show authors who present their works as livesize objects and models. Visitors and passers-by have a rare opportunity to see the exhibited works during an easy stroll from Kalemegdan to Slavia, while also discovering interesting new locations presenting fresh Serbian design jewels all over the town, following a printed special map which is widely distributed. With the 100% FUTURE SERBIA project, Belgrade Design Week supports strongly the local design scene, while by positioning the artefacts in Belgrade's shop windows, we support Belgrade's retail and horeca in times of crisis, focusing for one week the attention of media, institutions and the general public to all segments of the creative industries.

Free participation for creatives and the grand opening with special awards is made possible by support from the patrons of the project, among them owners of shop windows in first place. In last years esteemed patrons of the project were the Ministry of Culture, BELEF, Gorenje and Knjaz Miloš. BDW is still searching for an umbrella patron for 2013!!!

Participation and requirements for admission

Application for the first prize, DA scholarship, is reserved for candidates living in South East Europe who are on their final year of any sort of creative studies (Architecture, Design, Photograhy, Fashion, Applied Arts, Visual Arts…) and young professionals under 35 years old.

Applying for second, third and fourth prize is open to wider audiences: its open for students of all years and all creative professionals under 35 years old, living in South East Europe.

Participation in the competition is free of charge. Additionally, BDW has reserved tickets for the competition participants for the price of only 99 EUR! The 100% FUTURE SERBIA tickets include entrance to all three days of the BDW 2013 conference and ticket holders are also have priority to all BDW DizajnLabs with a limited number of participants. 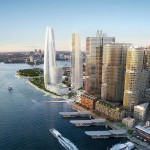 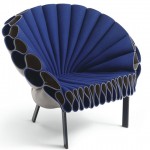