SET Ideas recently completed their latest project – Argumento Nautico, a restaurant was a remodeling of an old yacht club in Villa Carlos Paz, Córdoba, Argentina. The work re-functionalizes a brutalist building from the last century to give existence to an architectural and gastronomic proposal that recalls sailing in general. Discover more after the jump.

From the architects: The project for the new “Argumento” restaurant, located on the shores of the Carlos Paz lake in Córdoba, repurposes a brutalist building from the last century to give rise to an architectural and gastronomic proposal that recalls sailing in general. Navy blue, white, wood and rope are the elements that the studio took as premises to shoot all the elements designed by the team.

The main objective was to highlight the imprint itself, which due to the passage of time was left aside and by this I mean, the characteristics of the place, the lake and the architecture exist, says Arq. Pedro Ruiz Funes partner of the firm.

For the exterior sector, we recreated a particular scenario through the incorporation of rigid and white structures that, as well as contrasting with the old building and the lake, highlighted and valued them at the same time.

Inside, a more generic support was chosen to house art and specific concepts for each interior sectorization. This is how each interior ceiling has a particular artistic intervention, all were designed from figures with organic order and soft curves that allude to water and the sea, especially the mural painted by Memi Martinez as the “master piece” of the set. In the case of the furniture, something similar happens: blue is the predominant color and the design and/or choice of each set once again refers to the initial concept of the marina.

We worked comprehensively with a large multidisciplinary team to resolve all the variables in three months, from the beginning to the end, more than 100 people passed between architects, collaborators and workers who gave rise to both the project and the work.

The existing building provided us with two terraces with a direct view of the lake, which were completely renationalized, turning them into new areas to equip and receive guests. On the first terrace, it was decided to maintain and improve the viewpoint, providing it with a new function such as hosting DJs and providing an experience of good gastronomy and live entertainment. The space is delimited by a metal structure that can also provide coverage and lighting.

The main challenge was that such a large space, with so many elements, make sense together and can coexist harmoniously, says Arch. Carlos Arias Yadarola, and that is why with small gestures it was possible to bring concepts to materialize in various ways, such as For example, the rope that “ties” the logo, then we see it on the terrace as a partition.

The study was in every detail always thinking about finishes, landscaping, lighting, furniture, type of equipment, napkin holder, signage and operation of the waiters, added to the readjustment of technologies, returning what was formerly a disused building in architecture again put in value and functional. 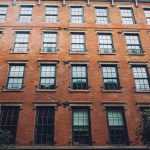 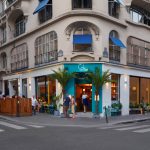