Arup designed Copenhagen’s new underground stations for the Cityringen line, taking a user-centric ethos at every step of the way. Inspired by the Scandinavian design tradition, the result is a spacious, light-filled space with distinctive internal façades that echo the local spirit of the areas they connect to. Discover more after the jump.

Seventeen stations, 15 kilometres of tunnels, and eight years of construction: the new Cityringen underground line in Copenhagen is now open. It extends the existing underground network and connects the city centre with the districts of Vesterbro, Nørrebro, Østerbro, and the city of Frederiksberg. Taking inspiration from the surroundings, each entrance was given a unique design. Ceramic panels made by MOEDING were used in the façade design of seven stations. The “Orange Peel” glazed surface, employed for the first time, emphasises the natural material and, thanks to its easy upkeep, is outstandingly suited to construction projects of this type.

Copenhagen has had an underground system since 2002. The two lines, M1 and M2, run between Vanløse in the west, Vestamager, and Kastrup Airport in the south-east of the Danish capital. The opening of the Cityringen line connects the inner city districts with Frederiksberg and the central railway station. It serves 17 stops that represent a new approach to urban and sustainable mobility: the stations are no longer simply the constructed result of building specifications but are also actively engaged in dialogue with their environment. As individually designed urban spaces, the station entrances present an array of different colours and shapes to assist intuitive wayfinding. This user-centric solution, designed by renowned engineering firm Arup, aims to provide passengers with clean lines of sight for a seamless street-to-platform journey and make the stations themselves pleasant civic spaces. At seven locations, the ultimate designs used were created in association with MOEDING. Almost 12,000 LONGOTON® ceramic panels coloured red, green, white, and grey adorn the stations Frederiksberg Allé, Gammel Strand, Copenhagen Central Station, Østerport, Nørrebro, PoulHenningsensPlads, and VibenshusRunddel.

The shade of red that recalls the colour used by Danish State Railways (DSB) always represents an interchange, while the other stations consistently reflect their surroundings at surface level. The four different, green glazed panels used at Frederiksberg Allé station are a reference to the lime trees that line the avenue above the station. Three stations, among them Nørrebro, were given white glazed brick panels, inspired by the numerous monuments at the nearby Assistens cemetery. Angular panels such as at Gammel Strand or colourful details on the bottom edges of the brick panels at VibenshusRunddel station further highlight the diverse design possibilities of ceramic façades. Common to all of them is a glossy or silk matt surface, which for the first time was given an “Orange Peel” effect using a special application technique. During the baking process, a wave-like relief is created in the glaze, creating a vivid surface that changes depending on the viewing angle and reflections. In addition to individual designs, the developer specified the use of a natural building material and the need for a minimalist façade requiring as little maintenance as possible. The clay and loam brick panels are part of the LONGOTON® Rapid rear-ventilated façade system and can be installed and removed without the need to follow a specified assembly sequence. All glazed panels made by MOEDING are also lead-free.

For Anders Nøhr, architect at Arup, the requirements were met in full: “We chose ceramic panels from MOEDING because, when used on a large scale, they reveal a highly distinctive material and surface structure with a relatively low weight and are an extremely resilient, robust, vandal-proof and age-resistant cladding solution. Furthermore, the ceramic facade is a non-metallic cladding that allowed us to install antenna cables for radio communication in the 150-millimetre cavity behind the panels.”

The Cityringen underground line has helped the city of Copenhagen to take a further step forward to its goal of being climate-neutral by 2025 and, with the help of a smart façade concept, has made the underground civic space pleasant for people and an excellent way to navigate the city. 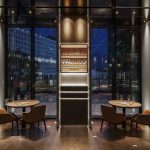 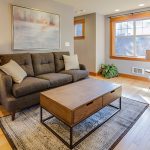