Arq. Alejandra González recently completed her latest project, the restoration of a public building, in General Deheza, Córdoba, Argentina. The project constists of the enhancement and Remodeling of the Civil Registry building, Monitoring Center and New Deliberative Council. Take a look at the complete story after the jump.

From the architects: Built in 1947, this building is one of the first ones in the city of General Deheza. In its beginning, a public school for arts and crafts for women worked there, then different government agencies and after that the Public Registry and Monitoring Center.

Given the need to give a physical space to the Deliberative Council, it was decided to remodel and enhance the entire building. It is located in front of the central square and the City Hall building, being one of the busiest areas of the city. It was decided to project a public square that functions as a prelude to these 3 buildings: Deliberative Council, Operations and Monitoring Center and Public Registry.

The exterior remodeling gave a contemporary architectural language to the entire corner. New lights were incorporated, all the flooring was changed, new equipment, waste bins for differentiated collection were placed, and more vegetation and trees were added. The entire design meets accessibility standards to create more public space and facilitate movement for everyone. The equipment was designed and made by local suppliers. In this project, the original architecture of the building was respected as much as possible, incorporating the contemporary character in the design of the public space.

The interior of the new Deliberative Council, was thought from the values that are trying to transmit: transparency, clarity, purity, openness. The equipment was custom designed and made with suppliers from the city. The chandelier is a large installation made of acrylic tubes, chrome-plated iron pipes and modern point fixtures.

The original building already had the shape of a cloister, which is why the inner courtyard was baptized as the Council´s Patio, where a plaque was placed with the names of all the participants of the Deliberative Council since its foundation. In addition, a kitchen, a file and a bathroom suitable for the disabled were incorporated.

This project not only modified the intervened space, but also had a great impact, revitalizing the entire area. 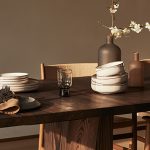 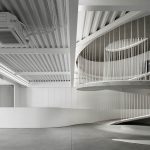