National Art History Library located at Rue de Richelieu in In Paris opened its door after 10 years of renovation. In charge of this extensive renovation project was architecture practice Bruno Gaudin and Virginie Brégal. The location is home both to National Art History Library as well as the The National Library of France. Photo © Marchand Meffre

The building hosts the specialized departments of Manuscripts, Maps and Plans, Prints and Photographs, Medal and Antique Coins, and the Performing Arts. Also, its archival stores contain some of the nation’s finest treasures. Sadly, the age of the building, the obsolescence of the technical and security installations, the conditions for the reception of the public, the working conditions and the preservation of the collections made it a building that had become unsuitable for its destination. A complete renovation was urgently needed. No longer by “small pieces” as it has been since the late 1950s (the date of completion of the extensions of Michel Roux Spitz) but through a campaign of heavy renovation works on the scale of The entire site. The Quadrilatere Richelieu is a building of rare historical density whose construction dates back to the 17th century. As a result of the numerous works of expansion and densification which have succeeded each other over the centuries, the building (s) is (are) exceptionally complex both spatially and technically. To intervene and make the project, it was necessary to understand, interpret, classify the problems specific to the building; Literally “torn it to pieces” to better reconstruct it, bringing out its potentialities. The architecture firm’s historical and structural studies, which are both indissociable, have revealed an extraordinary tangle of shops, staircases, heritage spaces, some of which are classified … a multitude of places to which we must now restore coherence, The distribution, the structure, the preservation of collections, security and technology.

Discover more of the impressive project after the jump: Discover more of the project at www.bruno-gaudin.fr 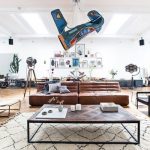 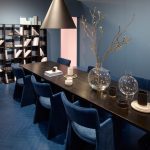