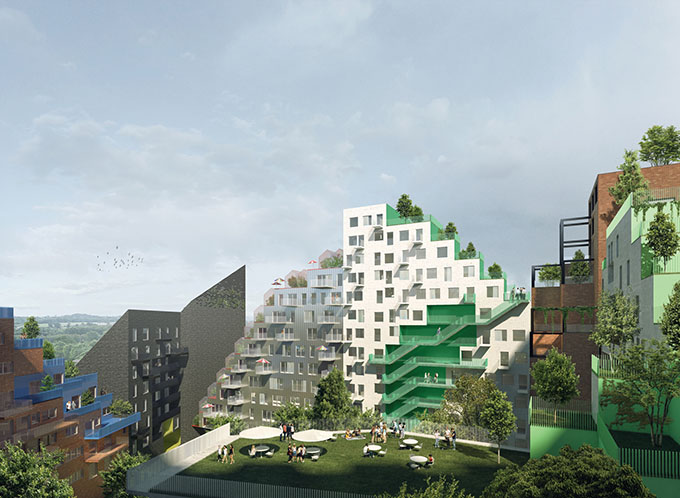 Manuelle Gautrand Architecture were in charge of designing 400 housing units located in Amsterdam, in the Hyde Park district, whose master plan was produced by MVRDV. Take a look at the complete story after the jump. 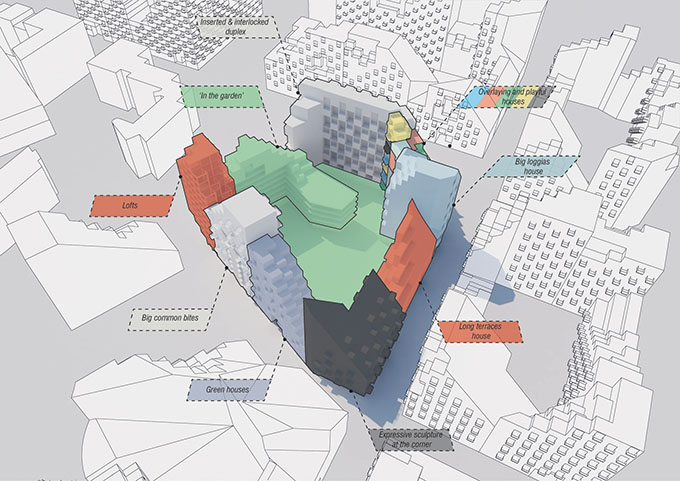 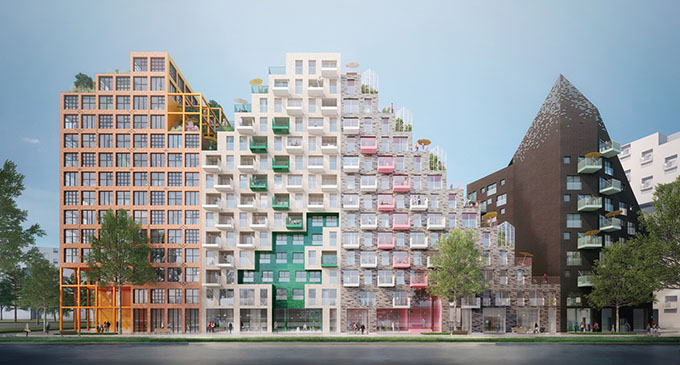 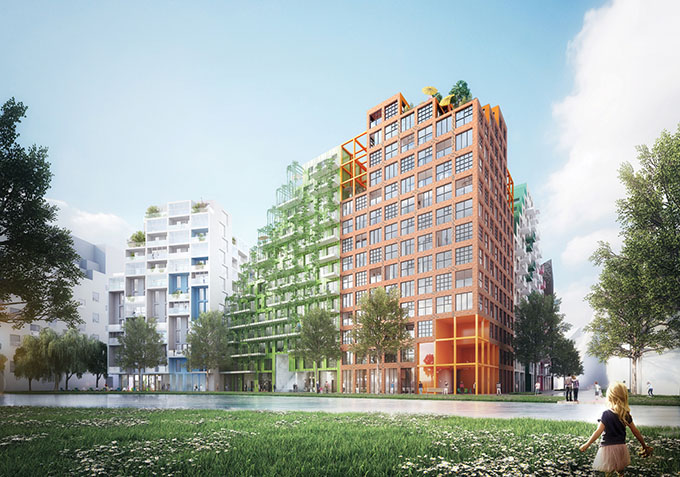 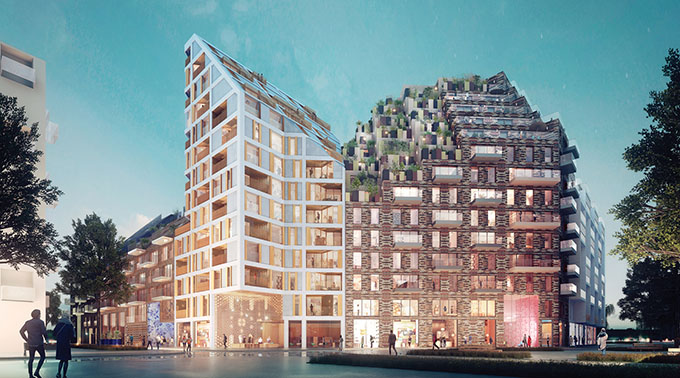 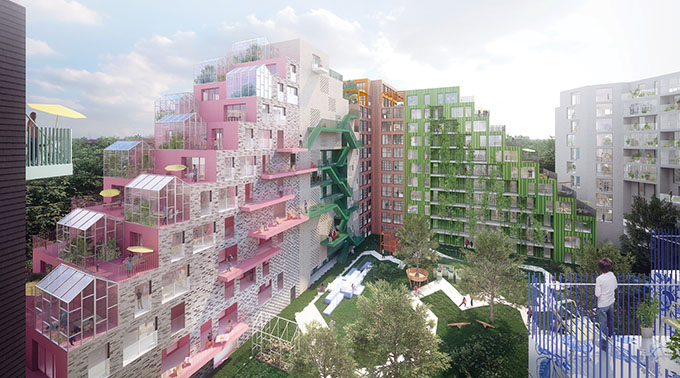 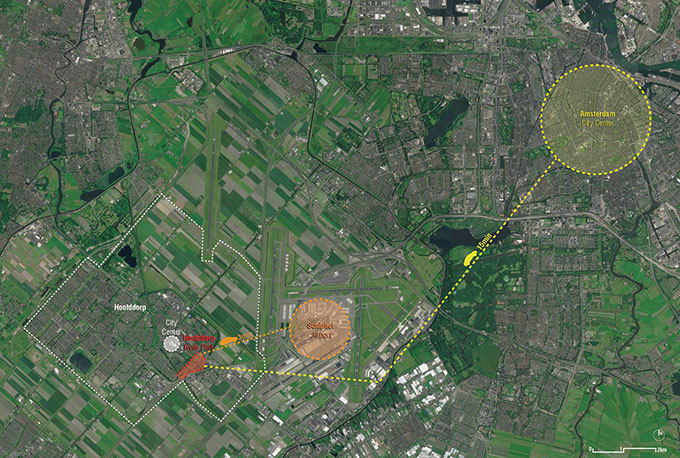 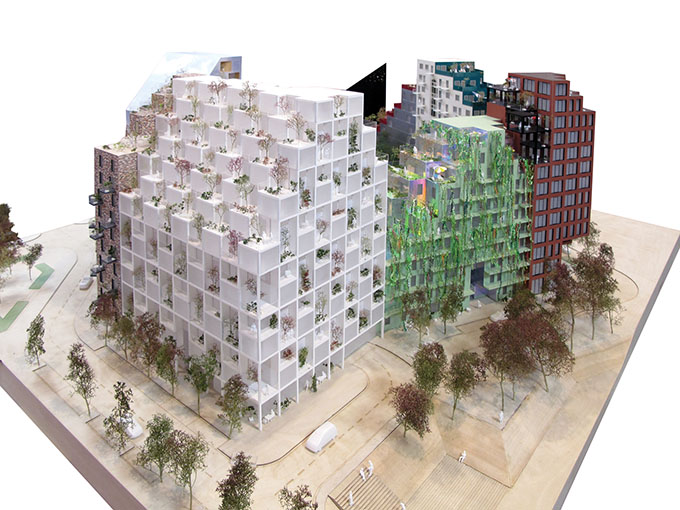 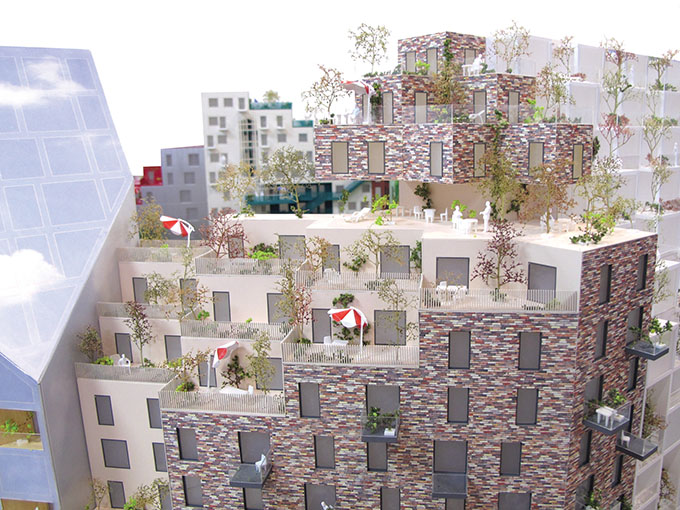 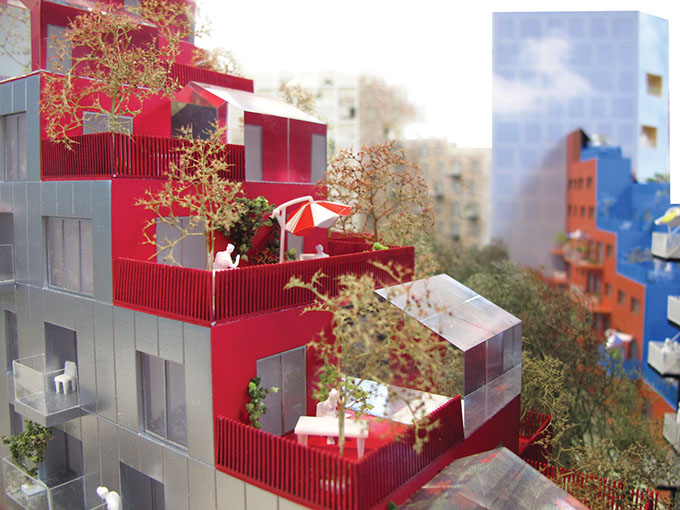 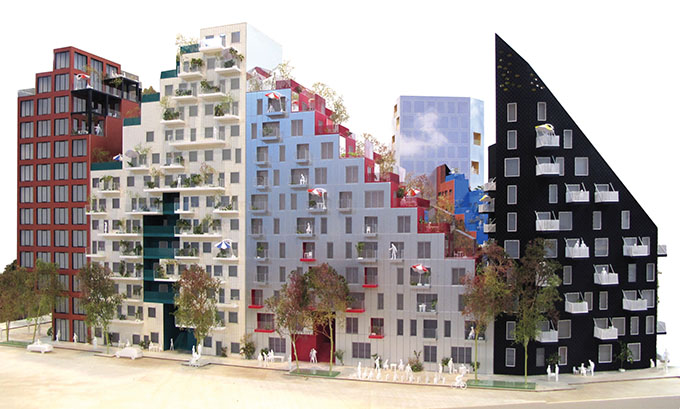 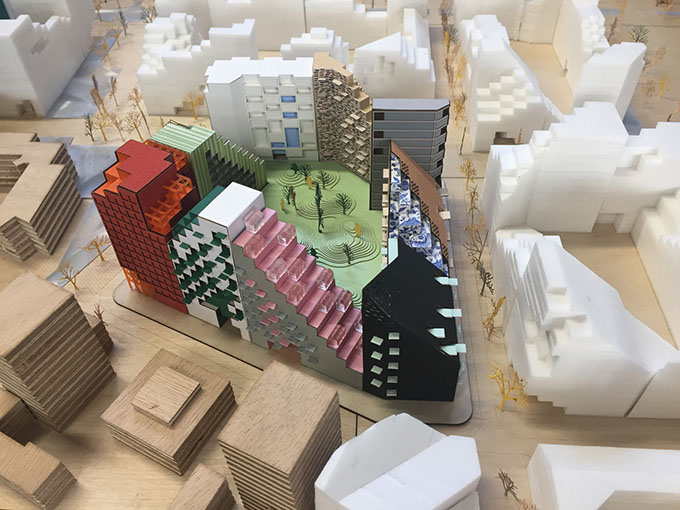 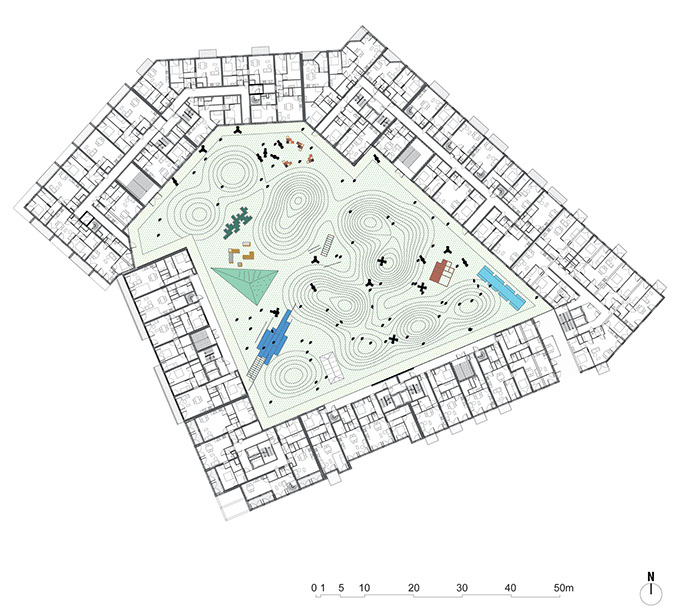 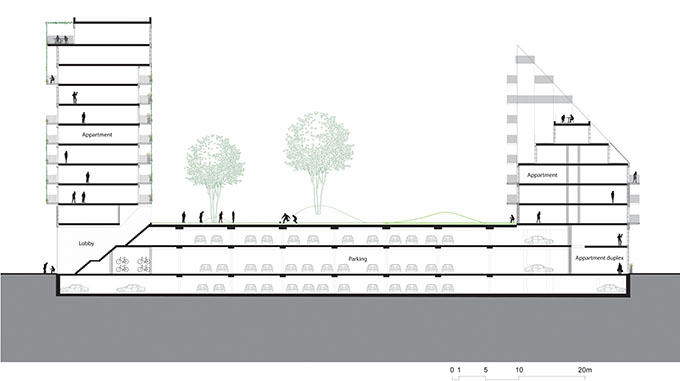 From the architects: The project consists of a total of 400 housing units located in Amsterdam, in the Hyde Park district, whose master plan was produced by MVRDV.

The 400 homes are divided into nine buildings that make up “thematic” houses, and are organized around a landscaped island core. Each house is the object of a different architectural work, in its colors, its materials, its heights, its volumes, etc. Overall cohesion has been maintained under this apparent diversity, in order to create a harmonious “village” favoring well-being together.

This project develops ambitious goals in environmental terms and integration of new uses.

House 2 / STRIPES AND PLAYFUL HOUSE /
The main volume is covered with large metal and colored panels. The circulation spaces are composed in white brick. This facade treatment creates a joyous architecture, in a panel of tones that echo the other buildings of the “village”.

House 3 / BIG LOGGIAS HOUSE /
The facades are covered with large glazed panels, like gigantic windows. They complete the large wooden loggias arranged around the building, giving outdoor spaces privileged to the occupants.

House 4 / LONG TERRACES HOUSE /
The main volume is made of red bricks, reminiscent of traditional buildings in the region. Each unit has a long and wide blue metal terrace, which reminds them of the colors of the sky.

House 5 / EXPRESSIVE SCULPTURE AT THE CORNER /
This corner building is designed as a black brick sculpture, flanked by large cantilevered metal terraces. These terraces sparkle in the sun and add to the expressive effect, to the volumes changing according to the angles and the moments of the day of the building.

House 6 / GREEN HOUSES
The main volume is made of folded stainless-steel panels. The outer terraces and glazed loggias, like small greenhouses, spread around the volume are surrounded by red lacquered bricks.

House 7 / BIG COMMON BITES /
The main volume is composed of white bricks, an echo to the House 1 / BIG BITES. The generous common areas, distributed throughout the building, are made from green metal panels.

House 8 / LOFTS /
This tall and narrow building is designed in red brick. Black inserts mark the circulation spaces and the separations between the different lofts.

House 9 / IN THE GARDEN /
This “house” forms an outgrowth in the heart of islet, which breaks with the relative alignment of the buildings and comes to arrange an opening from the streets. This vast concrete slab forms several green terraces, thought like large spaces overlooking the inner courtyard. The main volume is composed of green metal panels, which echo this function of “garden” interior. 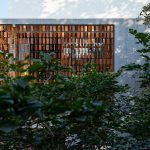 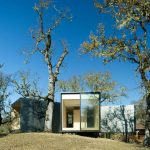