Redevelopment in Munich by Team Felixx and Mei got selected as one of the three prize winners. The competition was organized by GEWOFAG, the largest housing association in Munich.

The plan builds on the defined urban framework: an elongated building as a sound barrier along the highway, combined with urban villas in green. The whole district becomes part of the surrounding slow traffic network. Paths are connected to the existing infrastructure, missing connections are made, and the accessibility by public transport is strengthened. ‘NeueNachbarschaften’ transforms the proposed residential area into a collection of new residential neighbourhoods. ”We apply the family model: every single component gets a distinctive identity, and meanwhile they are part of a bigger entity” states Robert Winkel, Director of Mei. That bigger entity is the surrounding public realm. ”By incorporating this realm into every building, at different levels, we shape the transition between public and private space” adds Michiel Van Driessche, partner at Felixx. Sport fields and playgrounds are realized within the public domain. Two nurseries, a nursing home, a community centre and various studio spaces activate the public realm. At these particular places, paths are widened and transformed into small squares, as new reference and meeting points. – from Team Felixx

Find more of the projects below: Several smaller neighbourhoods are distinguished within the public domain: new ‘Nachbarschaften’. Therefore two, sometimes three buildings are clustered around a central square. The surrounding ground level is slightly lifted, with an elevated seating edge, to clearly articulate the neighbourhoods. The clustered buildings are designed as entities with their own character and identity. With movablechairsthegreenareacan be tailored tothepersonalmoodand needs of theresidents, and the space is equipped with playgrounds for smaller children. These new neighborhoods create a feeling of solidarity and safety, stimulate interaction and ensure the emergence of a social cohesion. – from Team Felixx 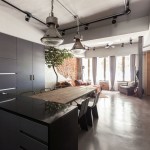 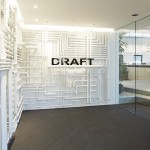