The Baltic cities have a rich history and culture which has led to some of the finest architecture in the world being produced in the region. The area is a very popular cruising destination as there is simply so much to see from the grand, ornate cathedrals of St Petersburg to the Nordic minimalism of Helsinki.

Here are the must see buildings: You have to see the unmissable Church of our Saviour on Spilled Blood. The church is by far the most impressive building in the city and took over 24 years to build. Itsdazzling exterior has five domed towers and is incredibly detailed, made up of thousands of mosaic patterns. It was designed by some of the most famous Russian architects of the day, M. Vasnetsov, M.V. Nesterov and M.A. Vrubel who were commissioned by the imperial family and several private donators to build the church on the spot where King Alexander II was assassinated in 1881.

Browse through Russia archive on ArchiSCENE. The city centre’s Senate Square is a perfect example of neoclassical modernist architecture. Impressive but not intimidating the four buildings which dominate the square were built by Carl Ludvic Engle between 1822 and 1852 and imitate the buildings of ancient Greece and Rome. The vast Lutheran Cathedral is the focal point of the squarewith its small domed towersaccompanied by the Government Palace, the University of Helsinki and the National Library of Finland. The cathedral is the most photographed building in Finland with statues of the apostles lining the roof. It is considered Engel’s greatest creation but it was incomplete when he died and only finished to its current glory twelve years after his death.

Browse through Finland archive on ArchiSCENE. Copenhagen has aneclectic mix of Renaissance, Baroque and Rocco architecture which makes it such an interesting city to visit. The Amalienborg Palace is one of the best examples of Danish Rocco architecture in the world. The grand building is made up of four separate palaces and the current winter residence of the Danish royal family. The light colours and elegant curves of the buildings are typical of Rocco architecture, which is a combination of both French and German styles. The ornate gold detailing on top of the domed tower is a definite feature of the 1700’s. The palace was built by Nicolai Eigtved for King Fredrick V who allowed Danish nobility to occupy the other three residences. 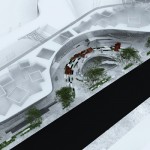 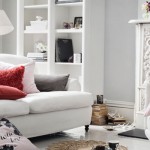