Paris is the capital and most populous city of France. It is situated on the River Seine, in the north of the country. Within its administrative limits (the 20 arrondissements), the city had 2,234,105 inhabitants in 2009 while its metropolitan area is one of the largest population centres in Europe with more than 12 million inhabitants.
Champagne is a sparkling wine produced from grapes grown in the Champagne region of France following rules that demand secondary fermentation of the wine in the bottle to create carbonation. Champagne appellation law only allows grapes grown according to appellation rules in specifically designated plots within the appellation to be used in the production of Champagne.

AIM OF THIS COMPETITION

The aim of this International Competition is to design a Champagne Bar along the Paris river “Seine” and by the romantic “Pont des Arts”.
This competition hopes to achieve the following:
_Encourage and reward design excellence at a medium scale which integrates function, structure and details.
_Research and investigate the various combination possibilities to create a social space within the city.
_To generate the discussion of ideas regarding the relation between architecture and water.
_Encourage the employment of sustainable design in all aspects of the proposal.

This is a single stage Competition with the aim of identifing the most appropriate proposal, which best satisfies the general and specific objectives of the contest.

THOSE ELIGIBLE TO PARTICIPATE

Architects, Architecture Graduated, Engineers and Students. Interdisciplinary teams are also encouraged to enter the Competition.
Submissions can be the work of an individual or a group up to 4 members and there is no age limit.

This is an open International Competition hosted by [AC-CA]™ to generate progressive contemporary design ideas. There are no plans for the River Champagne Bar to be built. 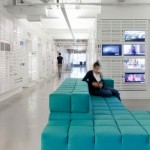 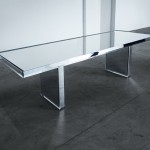