A team consisting of Mecanoo, Michael van Gessel, Delva Landscape Architects and Jojko Nawrocki Architekci has won the competition to design the new Garden of the 21st Century with integrated exhibition pavilion in Warsaw. In a ceremony at the Royal Lazienki Museum on Friday 16 November, the Polish Minister of Culture & National Heritage and the Minister of Environment jointly announced the result of an international competition with 80 submissions. The new 2,5 hectare garden will be part of Lazienki Park, one of the most important touristic destinations in Warsaw that includes many 18th and 19th century buildings such as the Royal Baths, a Roman-inspired theatre and a water tower. The existing gardens in the park were all designed around these historic buildings. The Garden of the 21st Century is special, because the design of the pavilion follows from that of the landscape. The 1800 m2, underground exhibition pavilion seems to grow out of the undulating walkway that surrounds the garden. Two entry points are carved out of the sidewalls and another one out of the landscape. All give access to a central hall, which connects two major exhibition spaces and two smaller ones that have modular lay-outs. Several oculi, or large round skylights, protrude through the walkway and the vegetation creating a mysterious play of light in the garden, but also providing carefully controlled daylight in the pavilion.

Both the garden and pavilion will provide new cultural life to the park with its many museums. The pavilion will host large temporary exhibitions, whereas the garden will play a role in local environmental education as well as be an example of 21st century landscape architecture. 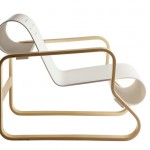 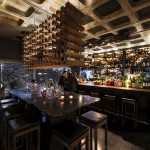