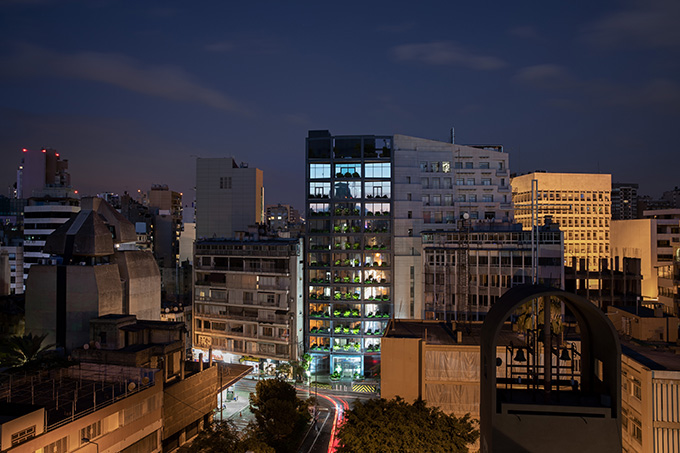 Karim Nader Studio, in partnership with Blankpage Architects and ESI (Engineered Systems International) – is currently working on a new renovation-as-reprise intervention, also aimed at preserving the architectural heritage of the city. Take a look at the complete story after the jump. 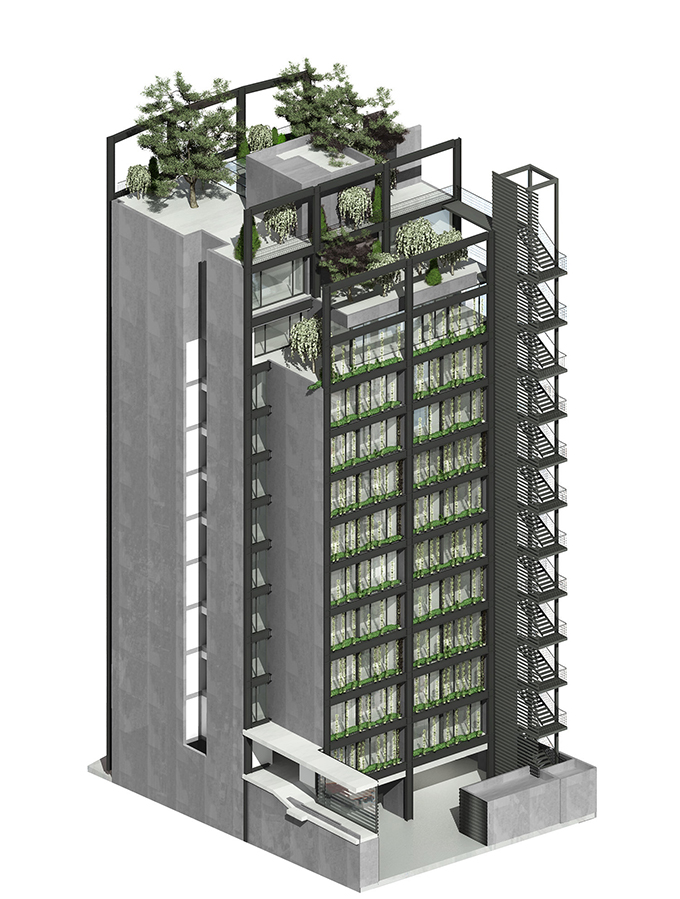 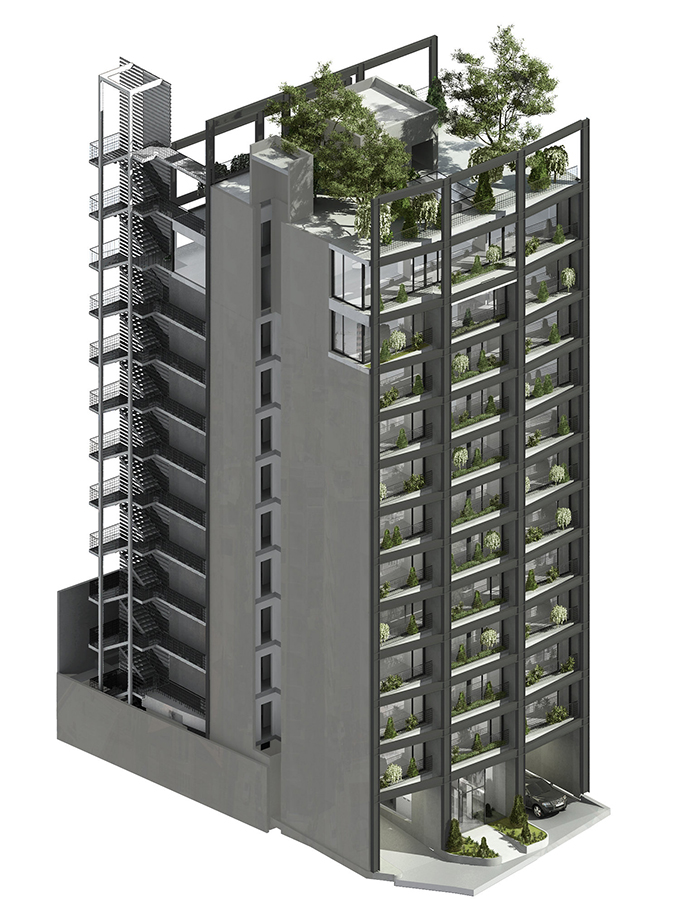 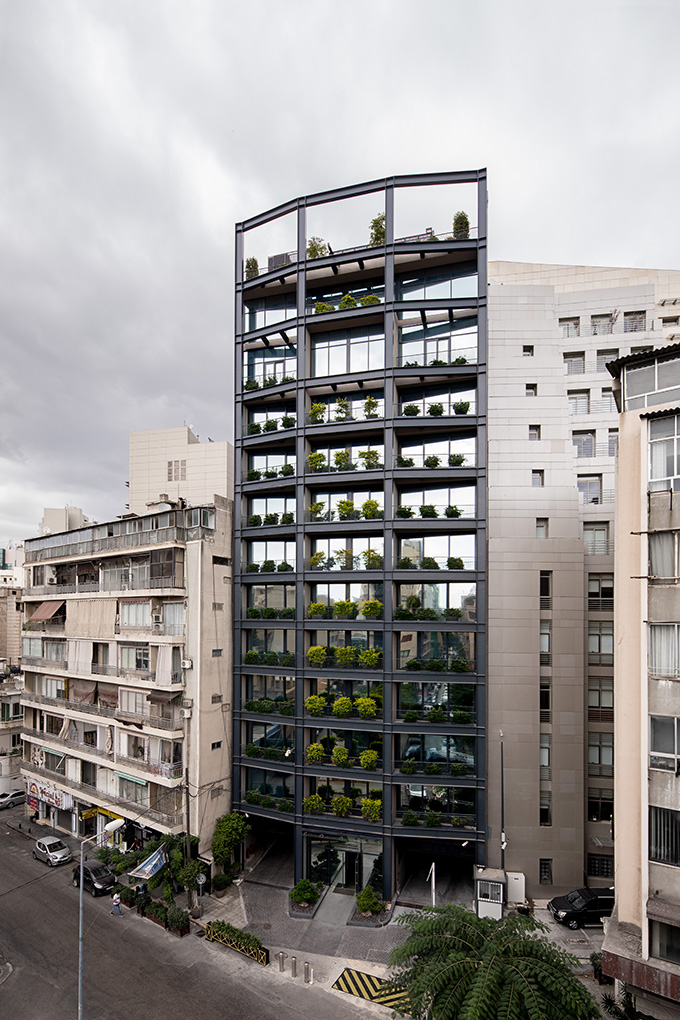 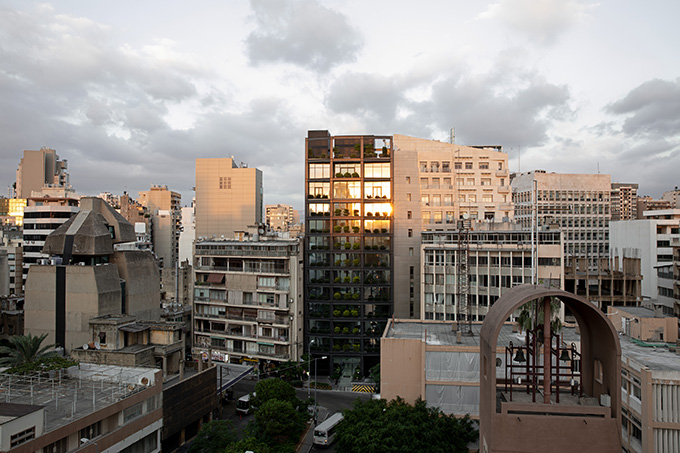 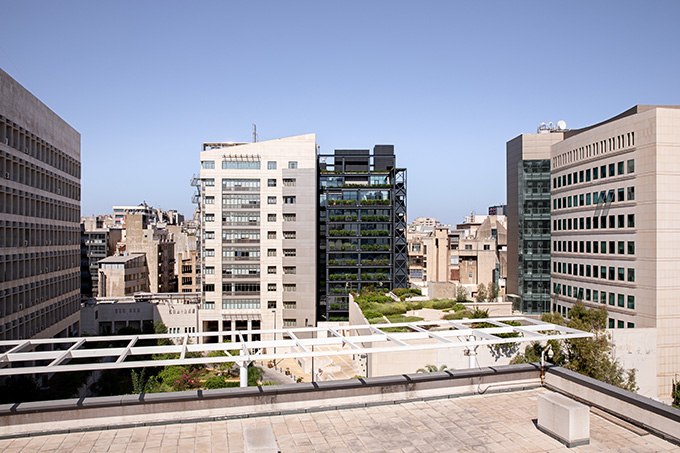 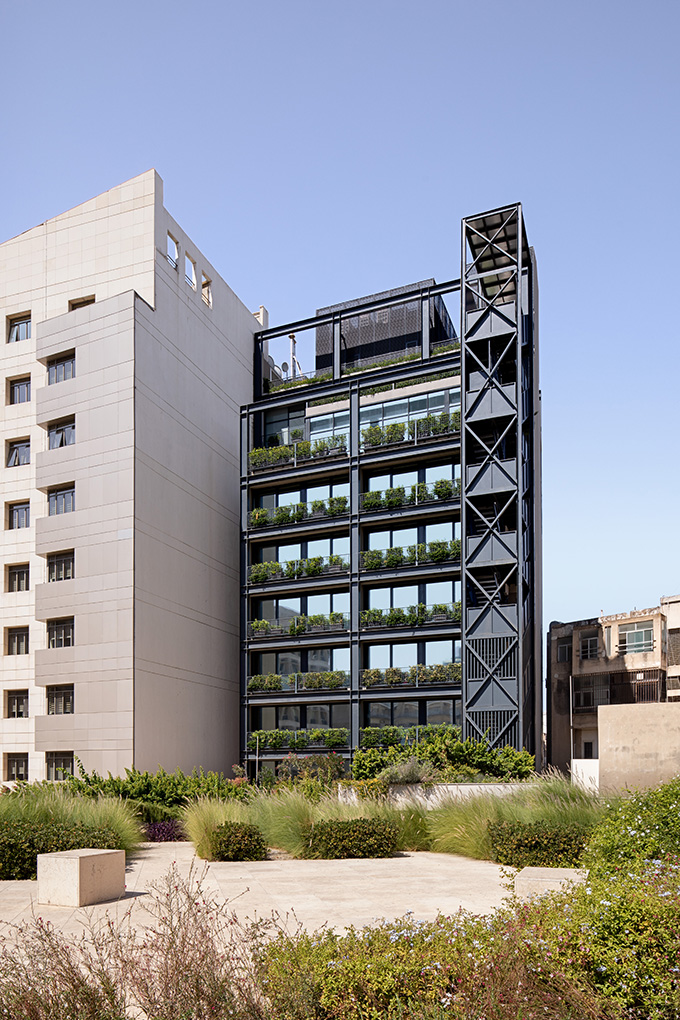 Attempting to save a Banque du Liban on-campus building from demolition while readjusting it to today’s security and anti-seismic standards, the Banque du Liban CMA project (Capital Market Authorities head offices) expresses itself as a steel armor that operates as a reinforcing exoskeleton and new consolidated image. Black and stark, only counter-balanced by touches of greenery, it seeks to express the central bank’s values of security, strength and stability within a contemporary language.

Located at the end of Souraty street on the intersection with Rue de Rome, the project is framed by two modernist icons: the Interdesign building by Khalil Khoury in Rue Clémenceau and the Banque du Liban main building by Addor et Julliard in Hamra. Trying not to be intimated by such heavy heritage, the proposal gently interprets the genetic code of its modern and brutalist neighbors. The prominent location at the end of the Souraty axis allows for a clear perspective towards the building from quite a distance, which is unusual for the areas of Hamra and Clemenceau with their moderately narrow streets. Therefore, a new facade for BDL other than the main one on Hamra street is now envisaged.

A seamless continuity with contemporary language.

The final composition, with its almost absolute rhythms, gridded balustrades, sporadic vegetation and extended glazing evokes contemporary messages of security, naturalness and transparency while insisting on the modern values of rigor and repetition, albeit reworked in black steel and bent sideways in a discrete homage to the faceting of Khoury’s concrete sculpture nearby. On the other side, similar ideas unfold, this time in a less animated composition that merges with the vegetation and calm of the BDL campus within.

Karim Nader is one of the most prominent figures in the new Lebanese movement working to uncover the national architectural treasures, whose memories were first erased by civil war and now endangered by the common practice of demolition, in the rush towards modernizing the city. Born during the civil war, Nader is one of the leading exponents of the new cosmopolitan generation eager to create a new conversation between heritage and modernity, hoping to change the attitude towards the past and inspiring a new attitude towards a new golden age for architecture.

Emblematic to this approach is his ongoing renovation project for Immeuble de l’Union, located nearby the Banque du Liban CMA building: a modernist gem built in 1952, Karim Nader decided to preserve its sheer elegance and architectural historical value, avoiding nostalgia, through mixed-use re-programming, combining commercial ambition with a cultural and historical drive. 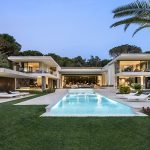 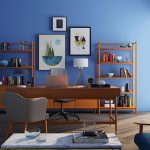