Luigi Rosselli Architects recently completed their latest project in Bellevue Hill NSW-  ‘Arch-Texture’ . The alterations & additions project embraces the arch to connect the architectural forms of the past to their current iterations and revalue an existing 1900s home that may otherwise have been lost to a conformist wrecking ball. Take a look at the complete story after the jump.

From the architects: It is not a coincidence that the word ‘Arch’ is found in both ‘Arch-itecture’ and ‘Arch-aic’.1

In recent times there has been a resurgence in the use of the ‘Arch’ in architectural forms throughout the world. Why? Most likely as the result of a generational ebb and flow in our cultural relationship to our collective history; a youthful break with our past replaced with a mature revaluation.

Modernism emerged from the conformist historicism of the Victorian era and sought to euthanise that past architectural narrative, and so few arches were visible in its rigid Euclidian geometry. However, following the excesses of the Second World War a melancholic reappearance of a veiled neoclassical architecture emerged, encouraged by the painter, Giorgi de Chirico and expressed in the works of Giovanni Muzio (Milan), Auguste Perret (Paris), and Professor Leslie Wilkinson (Sydney). This muted revival lasted just a few years, being as it was embroiled in the politics of fascism and Stalinism.

The late 1970s marked another generational return of the ‘Arch’, with its most intransigent proponents such as Bernard Heut, supported by Prince Charles, aspiring to return to an architecture of stone, of which arches are a necessary element. That movement was trivialised and discredited again by a superficial and distasteful American dominance.

The turn of last the century was celebrated as the triumph of modernism, with the relegation of old buildings to the aged care hospitalisation of heritage, the architectural conformism became modernism.

And so here we are today, and a new generation of architects have found an environmental appreciation of the architecture of the past; a way to reduce the consumption of buildings and revalue the ‘arch’; they are popping up in every sauce and disguise and are not always executed with taste. Fundamentally, however, the ‘arch’ exists to remind us that some of the buildings left to us by our predecessors, the ones that survived the wrecking ball, should be retained for their environmental and cultural value.

This early 1900s home in the Sydney suburb of Bellevue Hill is just one example of a building rescued from a demolition destiny. Its owners were not sure whether to retain the old house or start again from scratch, they had provided us with a brief to create a larger dwelling with a basement garage, and the typical solution adopted by their neighbours with similar aspirations was to demolish, tabula rasa, and build anew. Luigi Rosselli Architects convinced the Client not to resort to such drastic measures and instead proposed additions to the side and rear of the property, with retention of the existing house.

The existing frontage of the house featured a picturesque Queen Anne elevation with an arched porch and well textured selection of materials: painted face brick, rough cast render, and terracotta roof tiles, which were salvaged from the demolition and reused in the brise soleil façade of The Beehive. In its new iteration the front additions have been designed to maintain these existing textures, even if in a reinterpreted form, and blend with the original house without confrontation.

The rear additions to the property grew like a mushroom in the rain, our client, having spent their formative years in the capacious homesteads of rural Australia, desired more space than our urban approach would usually have considered, and so we sought to represent the weight of those three-storey additions with a set of ‘fallen’ arches, distorted by the weight and the stairs cut into its form. Those arches are built traditionally, in brick, with a self-supporting header coursing along the hem of each arch. This construction is contrary to ‘Australian Standards’, which requires that an arch construction should have steel lintels to support it; as usual AS proves to be a blunt tool to serve the lowest common denominator.

This project was also driven by William Dangar’s formidable use of vegetation, both existing and new in symmetry, and the skilled use of different textures of plants and foliage. Landscaping, architectural and arches should hopefully give this residence another century long lease of life.

1. Arch as a noun derives from the Latin ‘arcus’ or ‘bow’.
Arch as prefix derives from the Greek ‘arke’ or ‘ruler’ or ‘beginning’.
The Greek translation of architect is ‘the ruler of builders’. 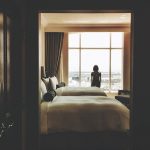 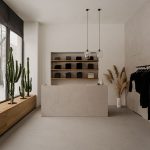