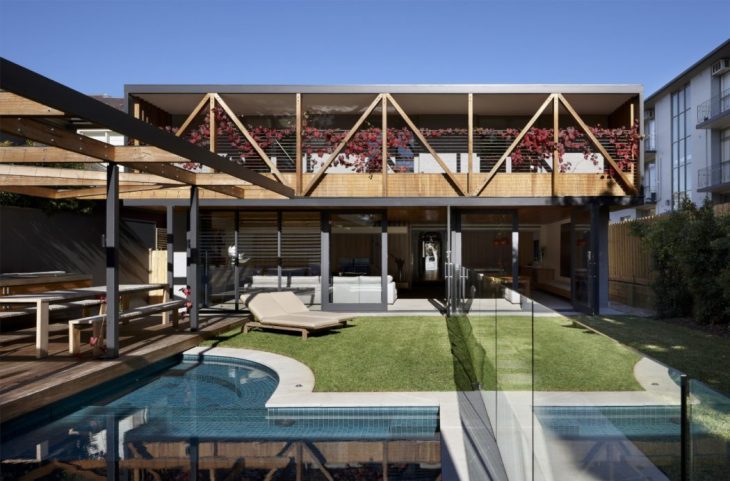 AM Architecture designed this stunning two-story residence located in Melbourne, Australia, in 2017. Take a look at the complete story after the jump. 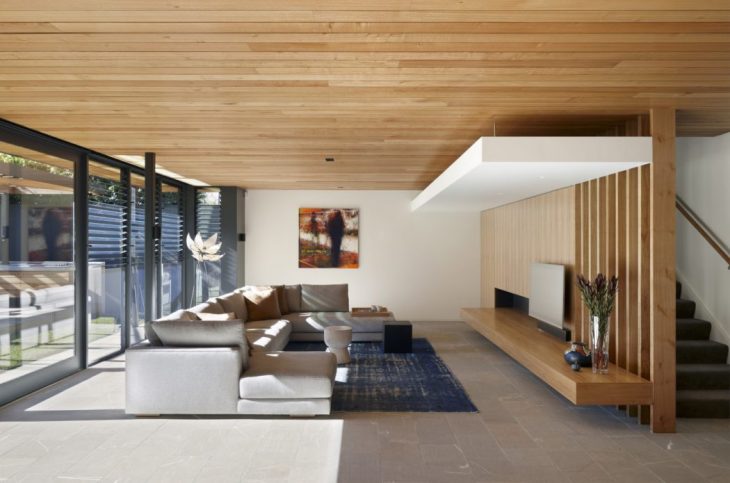 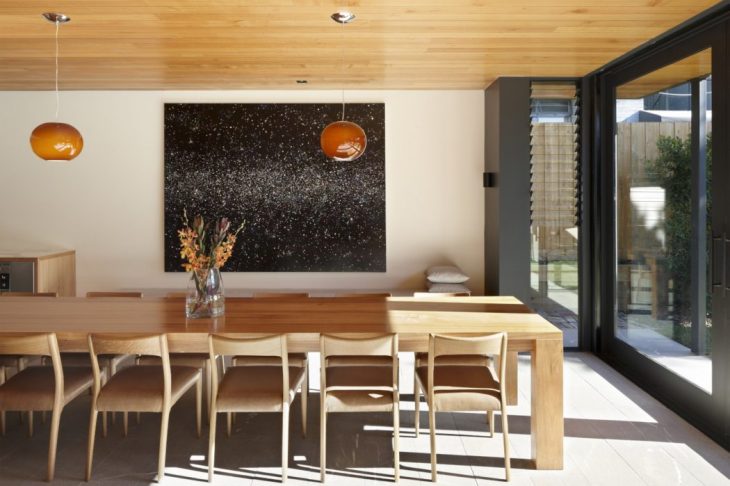 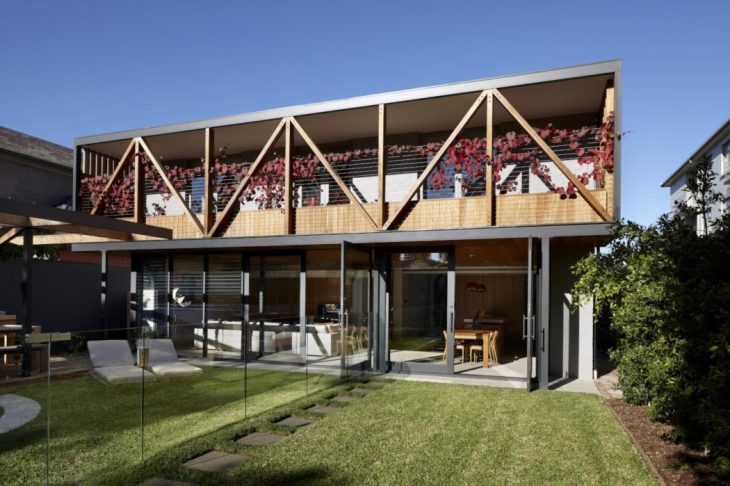 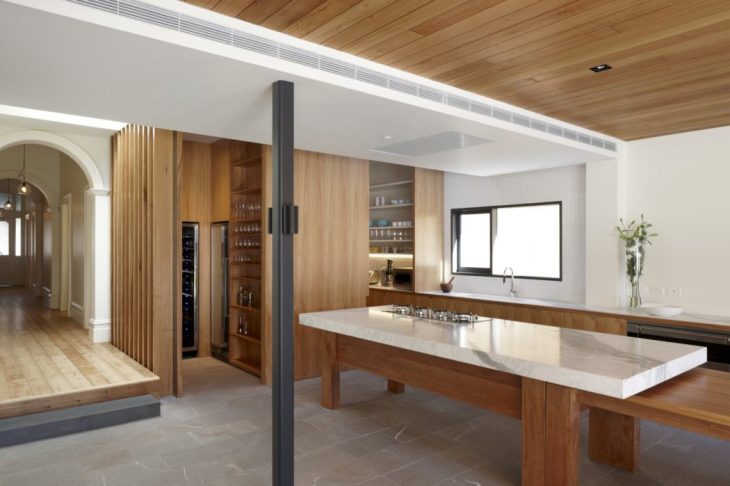 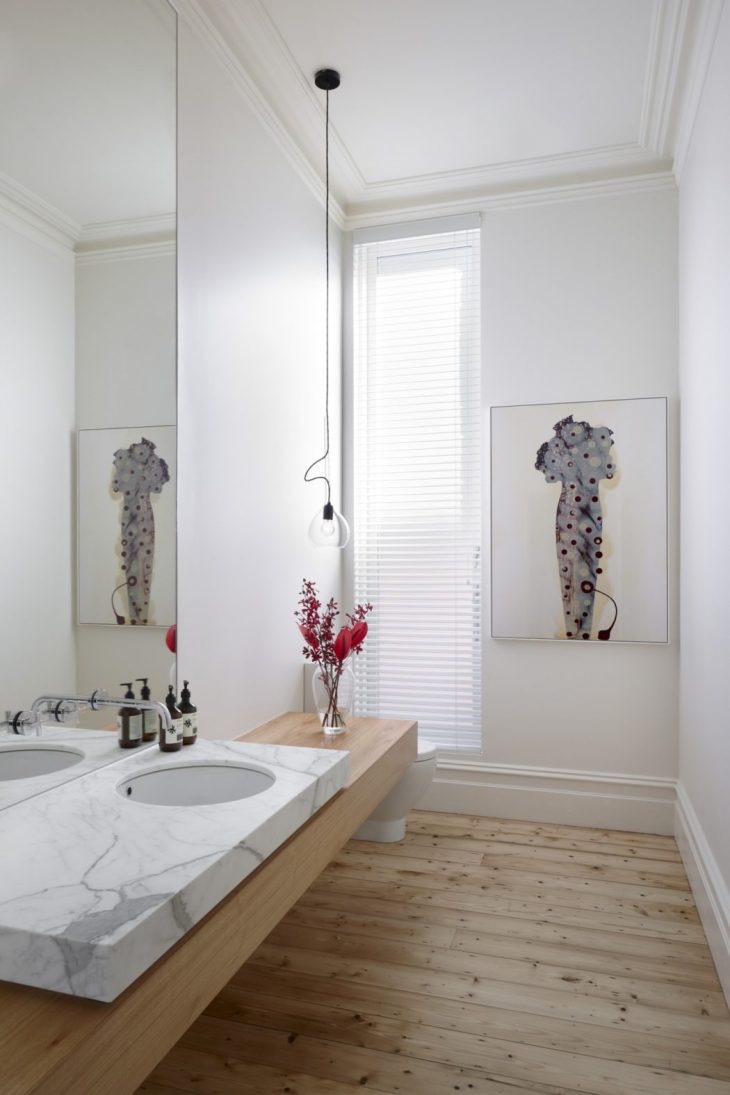 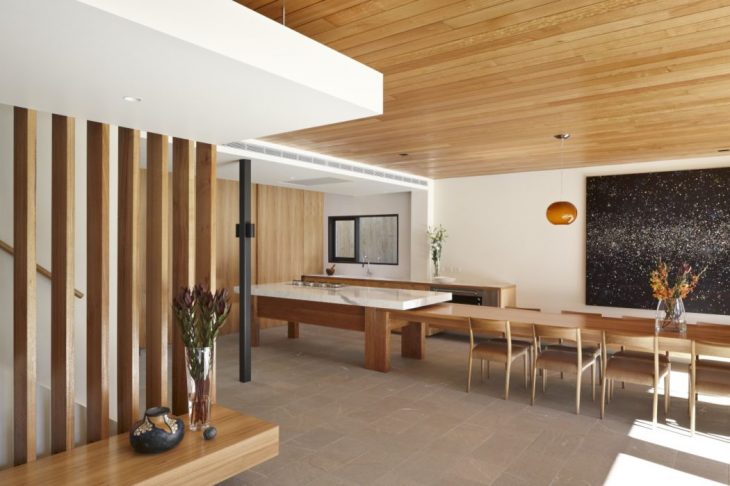 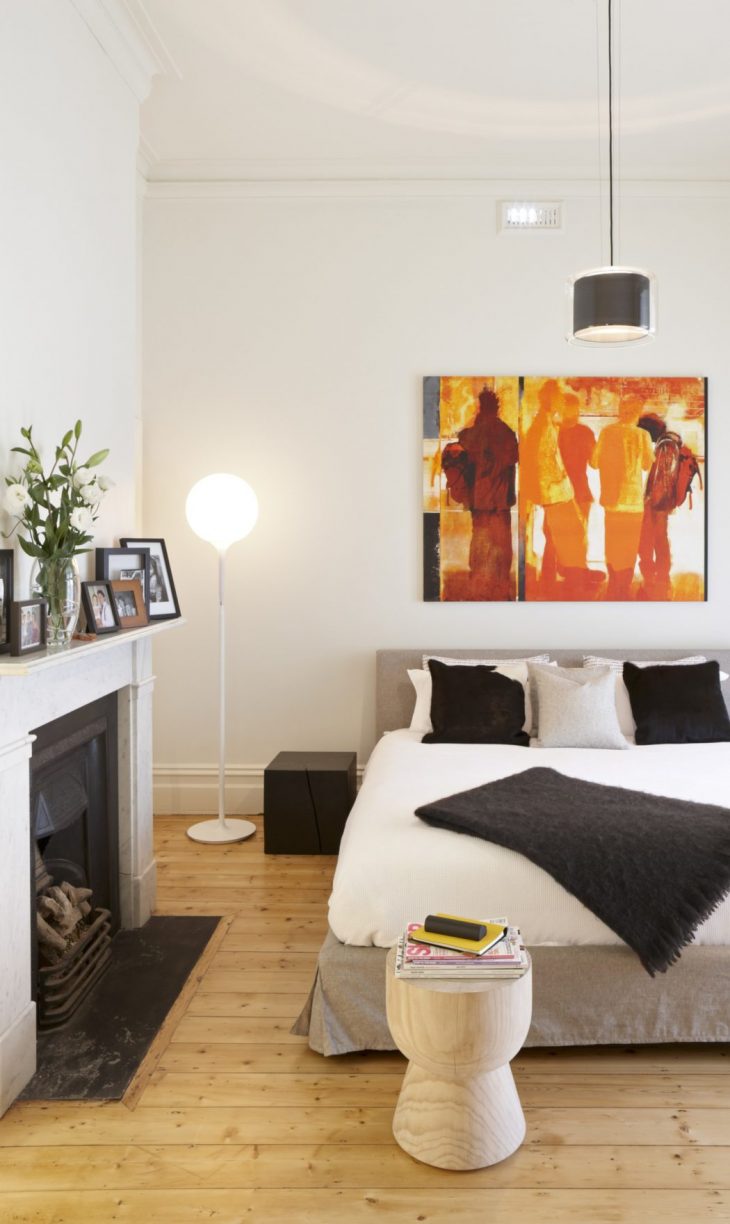 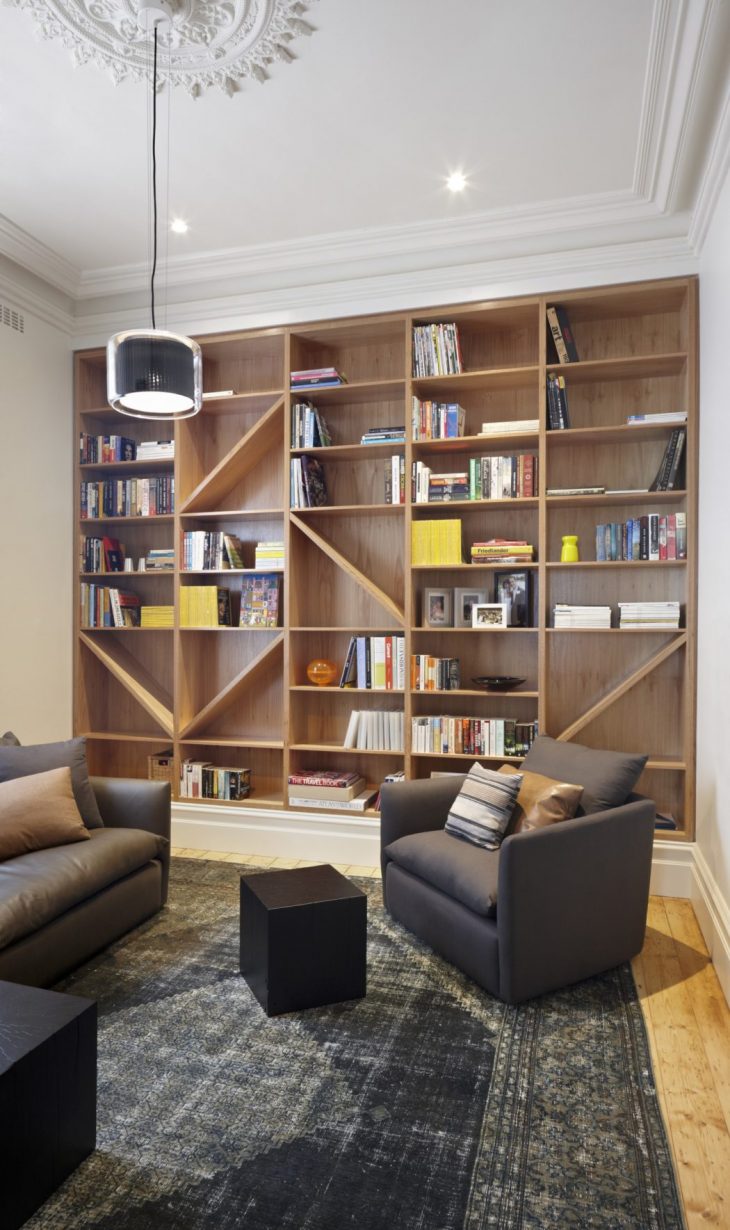 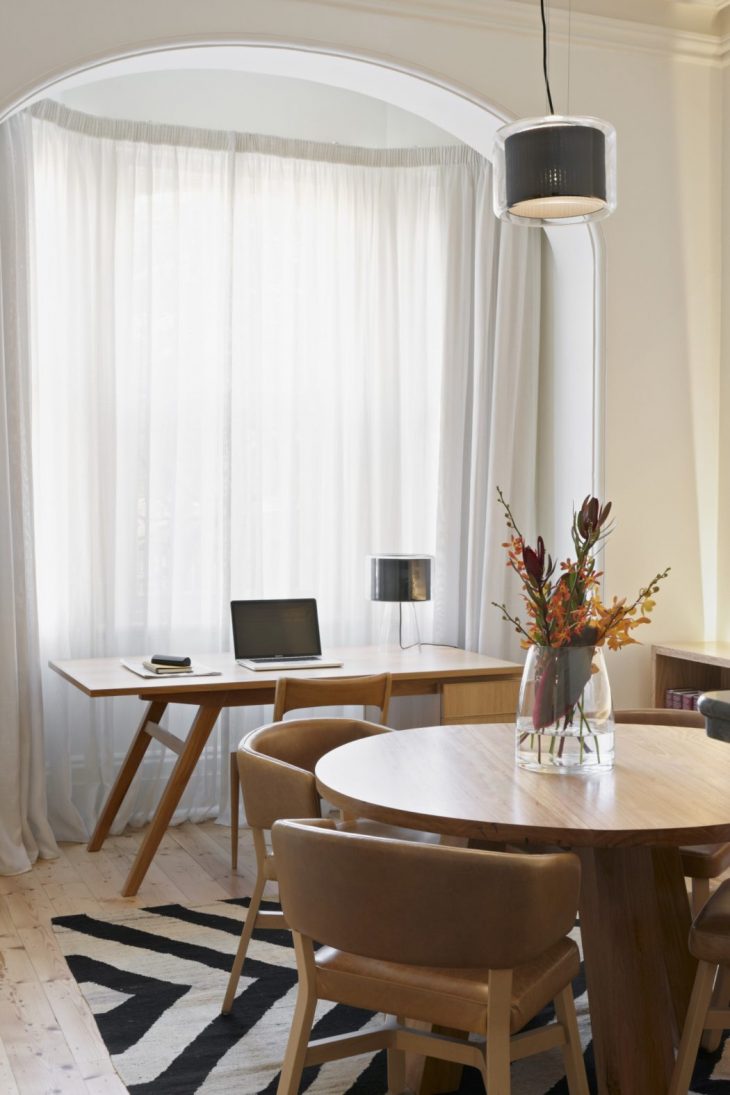 From the architects: A refurbishment and extension of an existing dwelling in a Victorian/Federation transitional style.

The starting point was a unique and dignified building which had been left fragmented and incomplete by an unsympathetic extension sometime in the 90’s. What remained was a short lived experience of the original heritage building which bled into a characterless modern extension.

The intention was two-fold, firstly to lengthen and consolidate the experience of the original building by extending the formal corridor to a third bay, and restoring the original ceiling height and heritage detail throughout.

Secondly to delineate the modern part with a clear threshold and create a new architecture that would transform the existing generic extension and become the soul of the new indoor and outdoor living areas.

Once through the formal corridor, the transition into the modern part of the building is marked by a ﬂood of light and the openness of a new kitchen/ dining/ living area. The kitchen begins as a white marble slab sitting on a heavy timber table and holds the gas cook-top. The dining table continues unbroken from beneath the marble into the dining area, running for approximately 7.5 metres, and creating an elegant formality. This replaces the gesture of the formal dining table seating a generous 15 people.

At one end the kitchen leads into a prep kitchen and larder and at the dining end the kitchen bench drops lower, and becomes a cushioned seat running parallel to the dining table to accommodate a revolving conversation at dinner parties.Finally the table leads to doubles doors opening onto a north facing garden. This arrangement, stylistically and practically brings the kitchen, meals, dining and living together in a gesture of informal and communal gathering, as one might experience in a farmhouse kitchen..

The marble plinth continues in each of the wet areas celebrating the daily rituals of cooking, cleaning and washing and creating associations with the Victorian through this age old material. Black steel creates a reference to the steel detail prevalent in the Victorian era, and various other parts of the new language are dropped into the heritage interior to bind the two distinct parts together.

The original two storey mass is opened up to the garden with a new glazing line at ground level, amd the first floor is conceptualised as box clad in timber on its underside, and hovering over a continuous ground plane.

Externally new elements include a new balcony and vine covered entertaining area. The pergola sits over a timber deck and cantilevers over the pool to create a swimming-hole-like lagoon, where at the edges of the deck one might sit with their legs in the water under dappled shade to escape the summer heat. Water surrounds the deck, catching reflections and adding to the sensory experience.

The theme of this green space and language of the pergola is drawn from the ﬁrst ﬂoor balcony, which enables the kid’s bedrooms and entertaining rooms to open up and appreciate the garden and northerly aspect.

The balcony is formed as a vine covered truss which enables clear span of the opening below. The pergola utilises the same diagonals as the truss which brace the structure and form an almost floral motif at the column junctions. Overall the new components express their structural function in a formal and almost decorative manner creating a modern continuity with the idea of Victorian decoration. 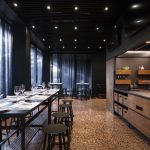 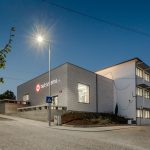