Henning Larsen Architects has won the competition for developing a 150 000 m2 area in the second-largest city in the Faroe Islands, Klaksvík. The area will comprise a cultural house, a museum, residences, offices and shops. 154 competition proposals were submitted in the open, international competition.

The winning proposal is based on a star-shaped structure where the centre of the star constitutes the new city square. The pointed shape connects the new area to the surrounding urban space and roots it in the existing city. At the same time, the structure brings the surrounding city space, green areas, canals and beach into the city square. The square forms a natural connection to the sea and will be the heart of the city.

”Our project consists of a continuous plan that connects the three new city districts with each their own theme”, explains architect and architectural design manager Ósbjørn Jacobsen, Henning Larsen Architects. “The plan offers a new green, recreational area; an urban development with a central, unifying city square and shops, cafes and a library and, as the third new district, a maritime area with a new cultural house and a new maritime museum, among others.”

Klaksvík is situated in the northern part of the Faroe Islands on two opposite mountain ridges, connected by a low-lying area where two inlets meet. The location of the city makes it particularly exposed to the wind.

“The last 50 years’ urban development in Klaksvík has allowed the wind to whistle through the streets without hindrance. As opposed to this, the proposal for the new city centre takes a historic, urban approach and re-establishes a city centre with a comfortable microclimate”, says Ósbjørn Jacobsen. “Displaced building volumes break the dominant winds and contribute to providing new comfortable shelter zones in the city.”

On the basis of the winning proposal, the Municipality of Klaksvík will prepare a new district plan for the development of the city. The plan is expected to be ready during 2012. 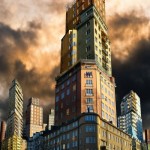 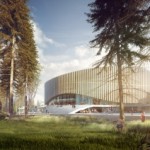