The central theme of the Military History Museum is the human being: those who went into the war and those who have remained at home; people of different eras and people of different generations.  SDL is working with SIB Staatsbetrieb Saechsisches Immobilien und Baumanagement.  The project is expected to be completed in 2011.

The Military History Museum will become the official central museum of the German Armed Forces and will house an exhibition area amounting to around 20,000 square meters, becoming Germany’s largest museum.  A 140 ton wedge of glass, concrete and steel will intersect the 135 years old original museum building. The 30 meter high viewing platform at the peak of the wedge will be the highlight of the new extension, providing breathtaking views of Dresden.

Daniel Libeskind designed the new extension by cutting a wedge through the structural order of the arsenal, giving the museum a place for reflection about organized violence. This wedge creats an objective view to the continuity of military conflicts and opens up vistas to central anthropological questioning.

The new façade is being conceived against the background of the existing building, in response and contrast to it. The openness and transparency of the new façade stands against the opacity and solidity of the old façade. As one represents the severity of the authoritarian past in which it was built, the other reflects the openness of a democratic society and the changed role of its military. In the new elevation of the Museum both are visible at the same time and one through the other. This correlation corresponds to the juxtaposition of new and old in the building’s interior; the rigid column grid of the old Arsenal is contrasted with a new column of free space.  The interplay of both together forms the character of the new Military History Museum. 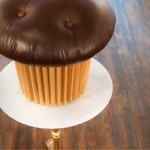