Building a cottage which appears to have been there for many years but also meets modern building standards is a challenge. Traditional charm and character are often more appealing to homeowners than the clean, contemporary architecture which often favors straight lines and functionality. Historically, cottages were built in a much more organic way with local tradespeople and craftsmen using unique skills and experience and added to over time. Homes now are planned to the very last detail by architects and often have to pass strict regulations. If you are designing a cottage and you want it to appear as if it has been standing there for centuries, here are some key steps to follow.

If there are other homes near your site, you should take the time to research the local architecture. You may find that certain materials and construction methods were favored. Making your cottage in the same style will be crucial to its appearance of authenticity. Geographical areas often carry their own building traditions, influenced by the natural resources and materials which were available at the time. However, it’s important to remember that just because older cottages include certain architectural features, they may not be necessary for the modern day.

In areas where the homes are made from locally available resources, you should try to incorporate them if appropriate. However, handcrafted materials are generally more costly, and there are plenty of modern alternatives which are cheaper, more energy efficient and can often appear authentic.

For example, traditional window frames may have been made from timber, but this can be costly and damaged by weather if not properly maintained. Today it is possible to use PVCu or aluminum which looks almost exactly the same as timber. You can also buy reconstituted stone which looks like the real thing but is more weather-resistant. Modern homes need to be built to energy-efficiency standards which means single-pane windows are not recommended and cottage insulation must be to a high standard.

You will need to make sure that even the small details of the cottage are in-keeping with the local traditions. If a thatch roof, stone or cob materials are needed, consider using local craftsmen with expertise and experience. How much of an overhang is needed between wall and roof? How far are windows set back in the outside wall? What style of window is commonly used?

Traditionally, cottages were built as small dwellings and added to organically over many years. Most people try to build the largest home they can afford to with spacious rooms which are not usually found in authentic cottages. If you want to build a larger cottage, you will probably be designing some more like a farmhouse with large interior rooms. However, large rooms with low roofs and small cottage windows will appear strange. An architect will be able to design a home which appears to be an authentic cottage from the outside but it still a comfortable living space. 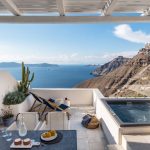 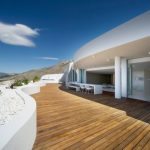