On the occasion of the launch of the Enel project to digitalise the Vila Olimpia neighbourhood in São Paulo,Brazil, the Italian architecture studio Piuarch illustrates the concept that gives life to inclusive, participatory spaces. Discover more after the jump.

New places for meeting and participation that promote the construction of urban social networks: Piuarch’s Espaço project is presented in São Paulo in conjunction with Enel’s launch of the programme for the digital transformation of the city’s financial and high-tech heart.

The occasion is provided by the initiatives being activated by Enel Distribuição São Paulo to initiate the digitisation of the Brazilian network, starting with the Vila Olimpia neighbourhood of São Paulo, where Enel will create a digital, smart and sustainable infrastructure, to make energy distribution more efficient.

A project in which innovation, sustainability and circularity are key values in the growth of megalopolises: a growth not only digital, but also social, able to redesign the urban scenario in the name of an inclusive and circular development of the area.

As the technological network is built up on avant-garde infrastructure, the social network develops, also, through public space. Piuarch’s Espaço project was presented in the context of the Enel event as best practice for circular urban spaces: an installation that rethinks and redefines the city, and which represents the meeting point between social and environmental sustainability.

Espaço grows out of a modular element in recycled plastic that, like a puzzle, can be combined in infinite configurations, customised to specific needs and place. The basic three-dimensional volume can be extruded at different heights to create walk-on surfaces, seats, tables, signage totems, urban vegetable gardens… The results are coloured spaces of aggregation that invite the community to live residual, urban spaces in participatory fashion

Espaço was born with a strong urban and cultural identity, based on the study and interpretation of local historical, social and artistic factors: it recalls the iconic work of Mirthes dos Santos Pinto, Helio Oiticica and Alfredo Volpi.

Versatile and modular, Espaço was designed by Piuarch (together with Duda Mitidiero and with the contribution of Cornelius Gavril for the Landscape Design part) with the aim of stimulating grassroots urban regeneration and community growth. A project whose social and educational value can be replicated in different parts of the city, creating a widespread system tailored to local needs.

This is the social equivalent of the smart grids that Enel is planning to install in Brazil: smart electricity grids that allow energy to be rationalised and distributed efficiently, reducing waste of resources and cutting CO2 emissions.

The Espaço modular elements created for the presentation have been destined for the Unidade Santo Amaro of the Centro Educacional Luz e Lapis of São Paulo, an educational project, supported by Enel Distribuição São Paulo, aimed at children aged 1 to 5 from low-income families or with socially vulnerable situations.

An example of how Espaço allows to intervene not only at urban level, but also on a smaller scale, in common spaces of indoor environments. 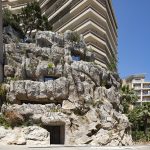 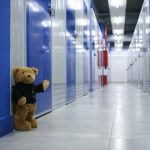