Project: Institute for Democracy and Conflict Resolution
Designed by Studio Daniel Libeskind
Location: Essex, United Kingdom
Website:  www.daniel-libeskind.com
New Institute for Democracy and Conflict Resolution building will be work of internationally acclaimed Daniel Libeskind and his studio, this new project comes as the part of University of Essex. For architects official press release continue after the jump:

World-renowned architect Daniel Libeskind has been chosen to design a landmark building in the UK to house a new international institute working towards democracy and conflict resolution around the globe.

The new Institute for Democracy and Conflict Resolution (IDCR) at the University of Essex will build on the University’s 40 years of practical and academic expertise in the field of human rights, justice and governance, and become an international beacon for democracy.

It will be the largest purpose-built institute for independent research and policy analysis in these areas, drawing on Essex’s experience as the top ranked University in the UK for social science research.

Daniel Libeskind, who won the competition to design the master plan for the new World Trade Center site in New York, has designed the Jewish Museum in Berlin, the Imperial War Museum North in Manchester, and the Danish Jewish Museum in Copenhagen. He received a Master’s degree in the history and theory of architecture at the University of Essex in the 1970s.

Daniel and his wife Nina Libeskind have a passionate interest in work which promotes democracy and conflict resolution, and have pledged their support to the University’s fundraising campaign for the Institute.

Professor Todd Landman, Director of the IDCR, said: “The focus of this newly-formed Institute will be unique in combining rigorous social scientific research and policy analysis with practical experience and attention to democracy, human rights and justice.

“We are delighted that Daniel Libeskind has been chosen to design the iconic building we need to expand and develop our embryonic work. The building will evoke a powerful reaction from visitors, while conveying the seriousness and purpose of an international institute.”

The multi-million pound building will provide accommodation for researchers, training, lectures, seminars and consultancy activities, and at its heart will be a moot court, to enable participants to take part in simulated court proceedings. It will anchor the University of Essex’s new Knowledge Gateway research park, an expansion of its Colchester Campus. It will provide space for organisations ranging from policy institutes, law firms and Non-Governmental Organisations (NGOs) to work with academics and practitioners.

Professor Landman explained: “IDCR is already working with international and national partner organisations and developing a profile of work with societies in need of assistance in areas such as parliamentary strengthening and assessing the quality of democratic governance. We can only meet the growing demand for this work by developing purpose-built facilities designed to help organisations to work together to develop lasting solutions.”

Daniel Libeskind said: “I consider it an honor to be involved in a project with such visionary humanitarian objectives. I have always believed that democratic openness and conflict resolution is critical not only in the political sphere but in the making of architectural space.”

Experts from the University of Essex have held a number of key positions in the United Nations including the UN Special Rapporteur on Torture, the UN Special Rapporteur on the Right to Health, senior adviser to the UN High Commissioner for Human Rights, and member of the UN Human Rights Committee. The University’s legal experts have conducted cases in Strasbourg, establishing far-reaching precedents that have shaped the jurisprudence of the European Court of Human Rights.

The University’s Human Rights Centre, which was awarded the Queen’s Anniversary Prize in 2010 for its work in advancing human rights, has trained more than 1,500 students from more than 100 countries. They too work for international organisations including the United Nations, the Council of Europe, the Organisation for Security and Co-operation in Europe (OSCE) and non-governmental organisations including Amnesty International and Human Rights Watch. Essex graduates also work in the field in conflict-torn countries including Bosnia, Kosovo, Nepal and Sudan.

About the University of Essex: The University of Essex, founded in 1964, is one of the UK’s leading academic institutions and the most internationally diverse campus-based university in Britain. It was ranked 9th in the UK in The Times research league tables following the last national research quality assessment, and 16th in England for student satisfaction, according to the National Student Survey for 2010. More than a quarter of Essex’s 10,000 students are postgraduates, and more than 3,500 are international students, drawn from more than 130 different countries. The University has three campuses in Essex, and partnerships with a number of other education institutions across the region. 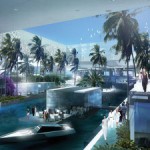