Wallpaper* Magazine got the chance to visit the Parisian HQ of menswear designer Kris Van Assche, who turned an old printworks into his new office space and atelier. Designer and the space were photographed for magazine’s September issue by photographer Adrien Dirand. The former printworks now the home of KVA is located close to Place De La Republique in Paris. Van Assche who successfully runs his eponymous line KRISVANASSCHE is also the creative director and head designer of Dior Homme. To transform the rundown interiors Kris Van Assche has commissioned architecture firm Cigue. The designer has previously worked with Cigue on the design of his stand-alone store at St Roch. I heard about Cigue because of the firm’s hands on approach. They are not the three-piece-suit type of architects who send you a fax with a drawing and then come to have a drink at the opening! I felt that there was something very honest about that. There were a lot of restraints when we started. There were heritage claims ont he old printing factory, it was riddles with asbestos, and there were rumours of squatters. So many buildings are protects in Paris, and you just have to deal with that. Here you have to cross the ground floor to access the basement space, so it can’t get much worse if you want to combine publist space and private space. But I like a challenge. Menswear too is full of rules and codes and thi9ngs that are forbidden. So it was about pushing against that to be inspired. – said Kris Van Assche for Wallpaper* Magazine

The designer is using the basement of the building as his showroom.

For more continue after the jump: 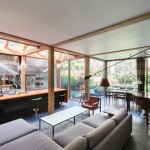 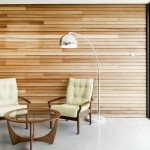