Architecture may not be the very first thing you think of when you think of the Outback country. In a nation/continent known more for koalas and crocodile hunters, the wonder of Australia’s cityscapes can be forgotten by tourists thinking of visiting this fascinating country. But with some of the most beautiful and livable cities in the world, Australia is also home to a lot of innovative architecture. A couple of these will be familiar, but it’s likely that others will be new. Australia is a fantastic place to visit, no matter how you enjoy spending your time. But if architecture is your thing, you’ve got more than enough excuse to visit this amazing place. Let’s get the big one out of the way first, shall we? Jorn Utzon designed this famous structure, one of the most recognizable architectural silhouettes in the world. Construction began in 1958 and was finally completed in 1973 when the Opera House was ceremonially opened by Queen Elizabeth and members of the British Royal Family. The impressive structure is actually far more than a single performance hall. So many are its interior stages that the Opera House hosts more than 1500 performances every year. Come for the architecture, stay for a show, and enjoy some of the exciting destinations of Sydney while you’re in the neighborhood. Completed in 1880, the Royal Exhibition Building is one of the finest World Heritage Sites. It played host to Australia’s first Parliament in 1901. Much of its surrounding structures were destroyed in fires and decay during the 20th century. But the main building stands just as it always has and is a source of wonder and delight to architecture aficionados around the world. Architect Joseph Reed designed the massive structure, as well as Melbourne Town hall and the State Library of Victoria. The most recent entry on our short list, the Parliament House in Canberra was completed in 1988 for the sum of $1.1 Billion AUD. It was designed by Mitchell/Giurgola & Thorp Architects. The new building was intended to house Parliament after they had met in their original location, the “Old Parliament House” (described above). Successfully completed, Parliament did move into this impressive new structure, and remains there to this day. In recognition of one of Australia’s most famous objects, the Parliament House was designed to look like two boomerangs when viewed from above. It has over 4,700 rooms and remains one of the most large and complex buildings in the whole continent. Though not a building itself, the Harbour Bridge in Sydney is still an architectural wonder. British Dorman Long and Company designed the bridge, which was completed in 1932. It now supports the traffic of tens of thousands daily, by train, bike, foot, and car. The bridge is colloquially known as the “Coathanger” because of its characteristic shape. It is the sixth largest spanning bridge in the world and the tallest bridge that’s made of steel. It’s impressive by any account, and can connect visitors to all manner of other amusement if you are staying in or around Sydney. For those who want to turn their visit to Australia into a longer affair, Lend Lease offers houses for sale all across Australia’s most desirable housing locations. Australia has a lot to offer for visitors and new residents alike. And current currency climates may make it very affordable to move into this beautiful and diverse country at this point. Australia has a rich architectural history, and it’s finding new building sites for people who want to call it home.

Find more of Architecture in Australia on Archi SCENE. 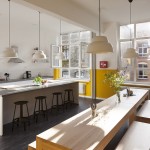 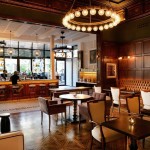