SRG Partnership recently completed their latest project in Everett, Washington -Washington State University Everett. The 95,000-square-foot building creates a strong, distinct identity to singularly define the campus today while establishing the architectural language and planning precedent for the campus’ future. Take a look at the complete story after the jump.

From the architects: Washington State University Everett is the first building of the new WSU branch campus in Everett, significantly expanding access to STEM-focused higher education in North Puget Sound. The 95,000-square-foot building—developed through a design-build process—creates a strong, distinct identity to singularly define the campus today while establishing the architectural language and planning precedent for the campus’ future. The building design and campus planning it insinuates allude to visual and circulatory tenets of Everett Community College (EvCC), across the street; WSU Everett’s curriculum bridge’s the two-year degrees offered by EvCC, enabling these two institutions to offer a comprehensive path to WSU bachelors and graduate degrees. WSU Everett’s beautiful, flexible, and LEED-Gold certified high-performance space will enrich the region’s tech corridor for decades to come.

The building’s form and orientation create three distinct responses to the approximately 1.5 acre site and existing context.The first is how the building’s west edge fronts the busy neighborhood arterial, North Broadway, declaring the hope and innovation the building signifies for the area. It establishes an architectural and material precedent, references for ensuing campus buildings. The secondis the south court which includes a broad plaza marking the building’s primary entry, and the southern façade’s definition as the nascent edge of a future central quadrangle. And finally, to the north, a paved courtyard, flanked on two sides by engineering labs, provides space for outdoor learning and events.

The building’s interior circulation extends campus-scaled strategies. A grand four-story atrium, dubbed the Innovation Forum, is a 20-foot-wide by 140-foot-long volume that serves as the central vertical-circulation zone as well as a gathering space bridging classrooms and labs to the east and faculty offices to the west. The Innovation Forum is the heart of the building and forms a north-south interior street connecting two primary entry points, one along Broadway Ave. and another along the façade defining the first edge of the campus quadrangle. The Forum includes key student support elements, with multiple “storefronts” for student services, a tiered lecture hall, a media-rich classroom, and Capstone Studio—a lab for student-industry innovation and technology transfer. Its signature cantilevered wood staircase—composed of custom-bent and glued lamella stringers that span up to 44 feet—was handcrafted locally of regional materials, ands references the storied history of the Pacific Northwest timber industry and demonstrates the use of renewable resources and advanced manufacturing technologies.

A typical floor on the east side of the Forum includes classrooms, engineering labs, and student seminar rooms. Designing the building through modules optimizes lab planning and instructional spaces for flexibility and adaptability. To the Forum’s west, faculty offices and conference rooms surround a well-lighted, active triangular atrium.

WSU Everett—a new home for a coalition of learners, educators, and industry partners—creates a strong, distinct identity, setting the precedent for a future, fully-developed campus. 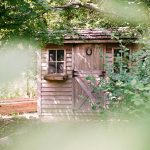