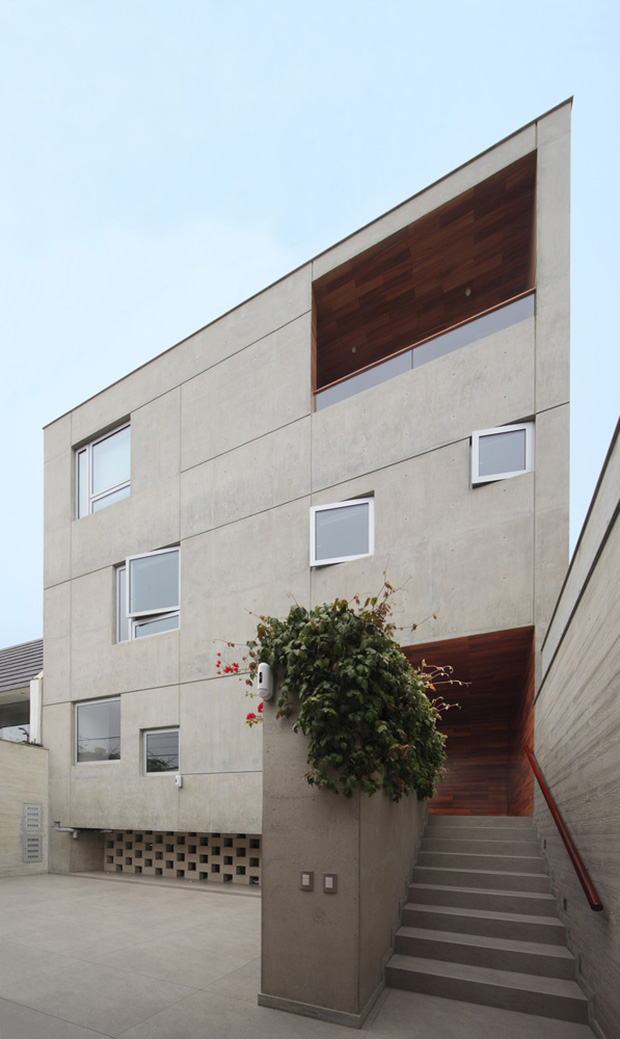 Cynthia Seinfeld designed this 750 m2 family residence located in Lima, Peru, in 2016. Take a look at the complete story after the jump. 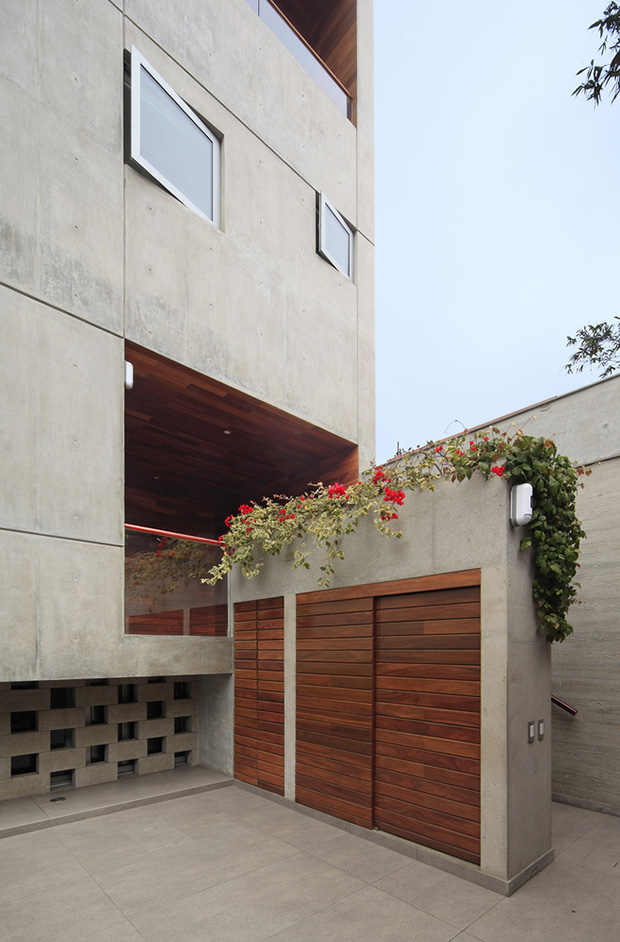 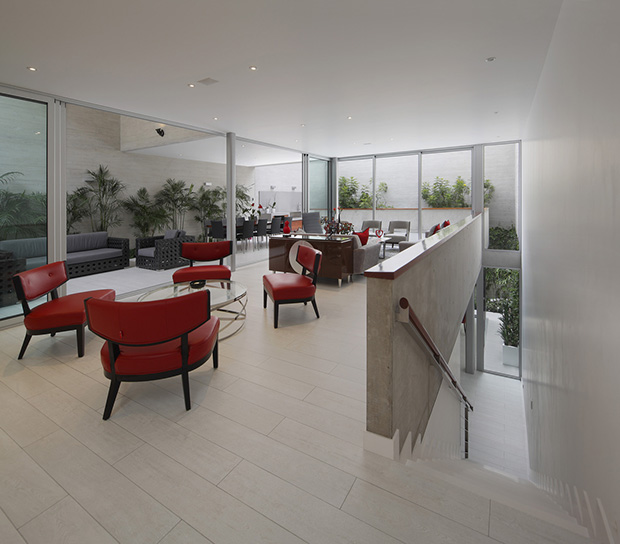 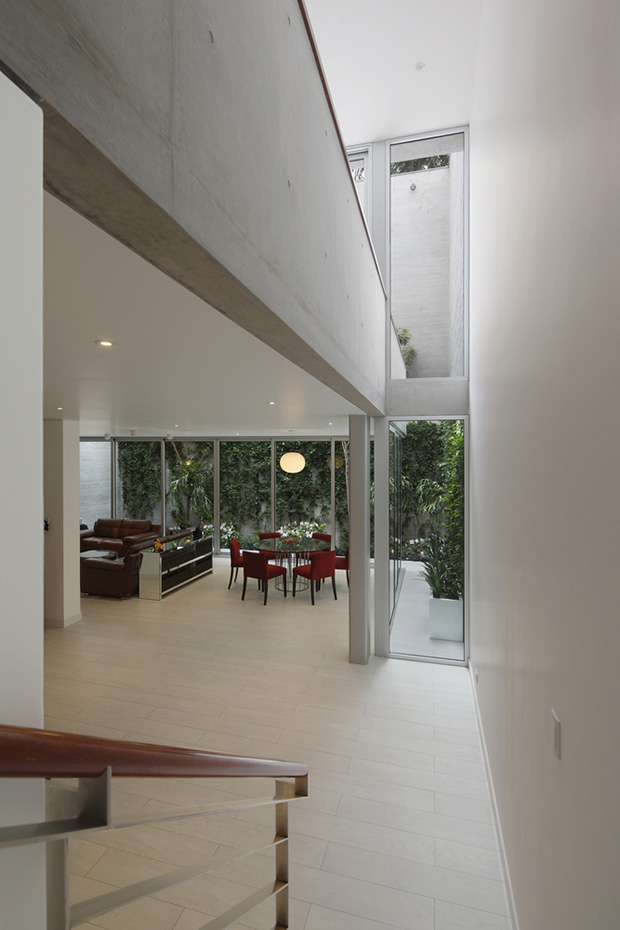 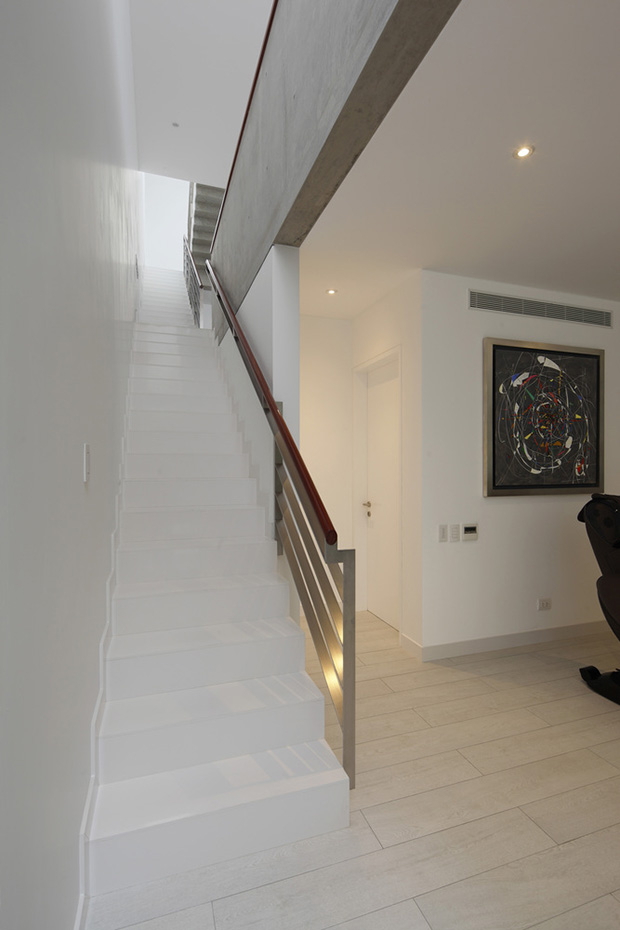 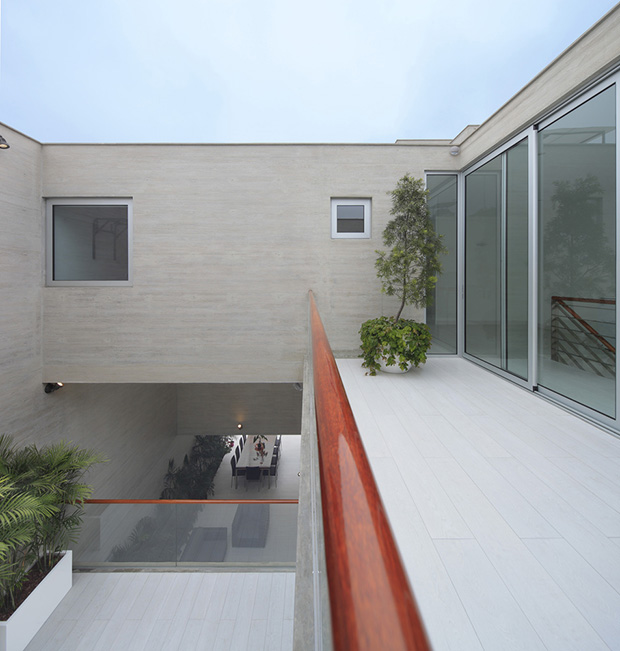 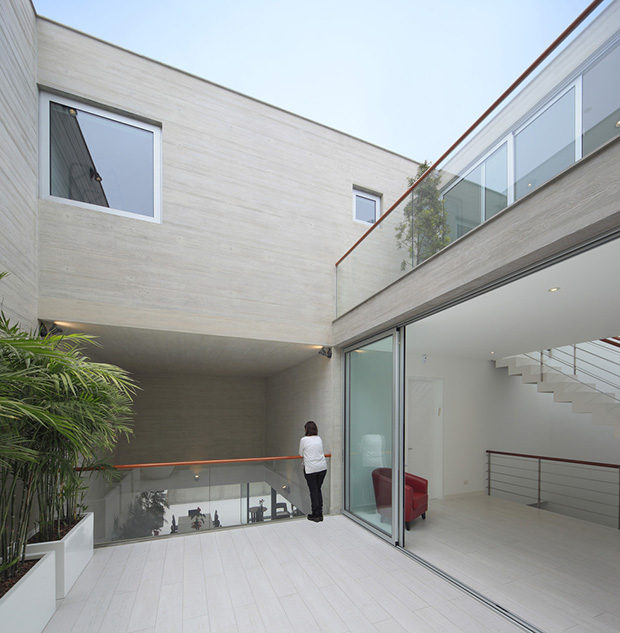 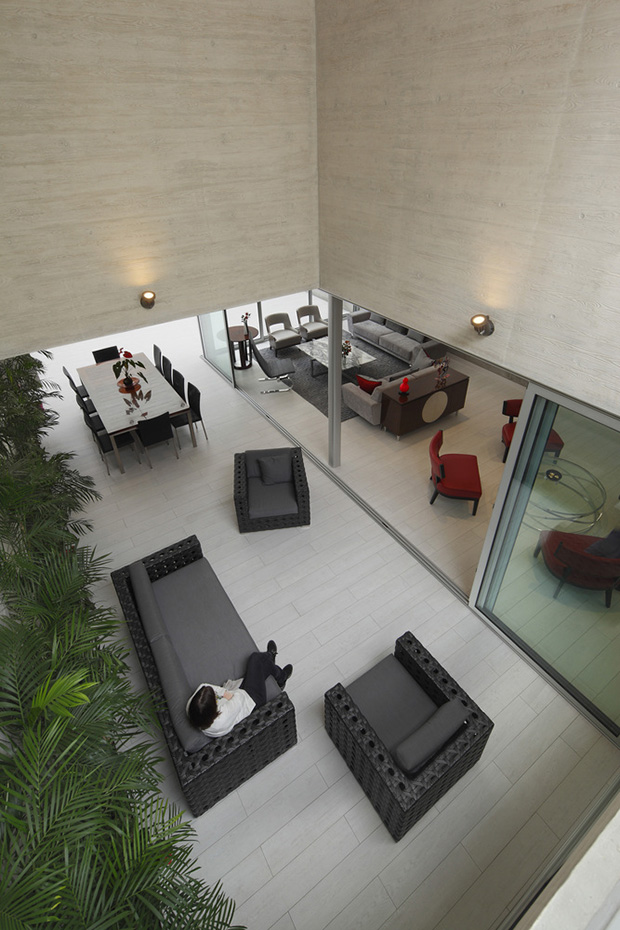 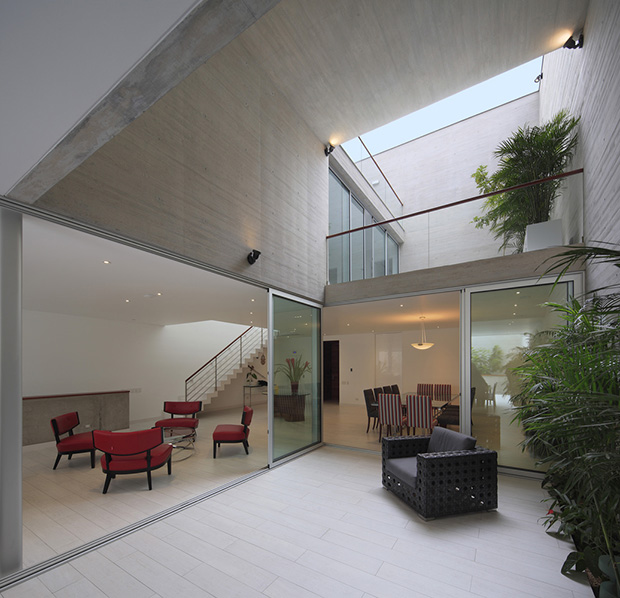 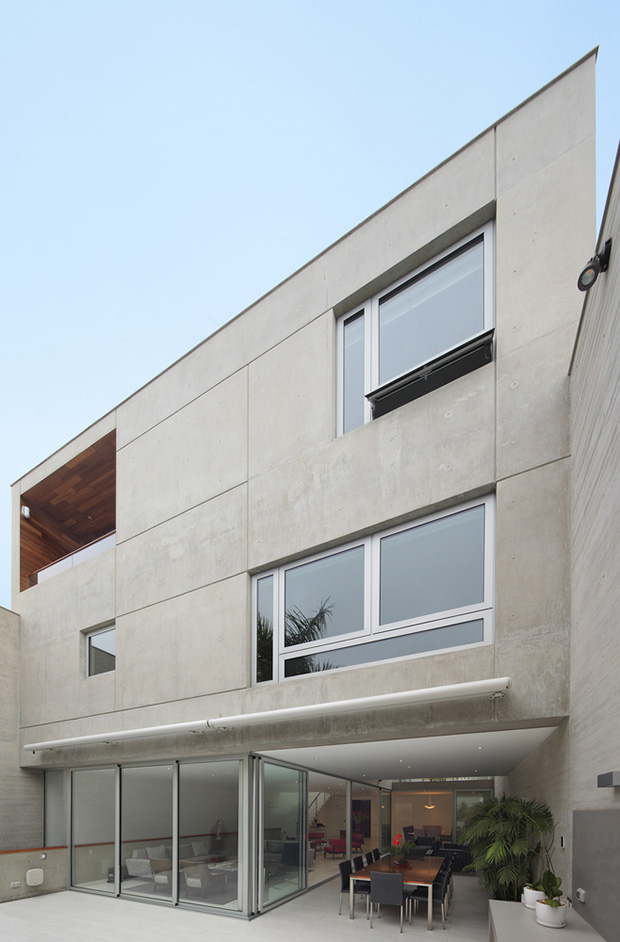 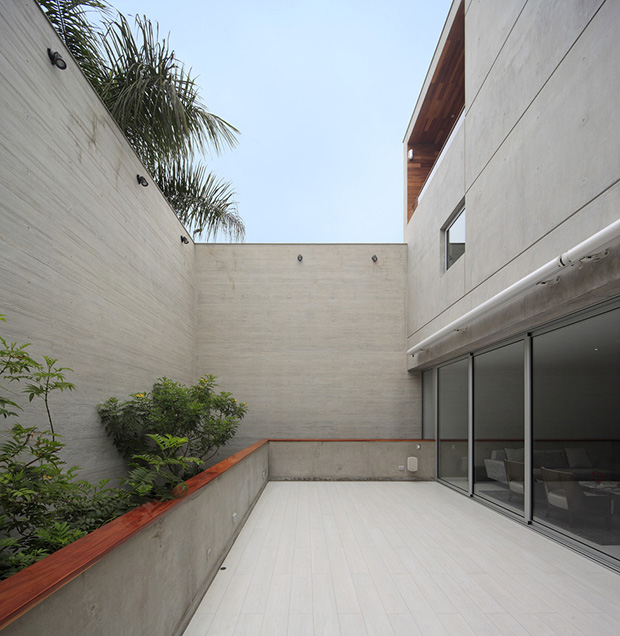 From the architects: The project starts by understanding family relationships FORMED BY three different generations. Through long conversations, they transmit family dynamics as part of their “memory”, but above all, of their longings and desires. The proposal must cover all of them foreseeing new forms of occupation and unexpected relationships.

The reduced lot and between dividing walls is located in a mono-functional residential district of Lima consolidated several decades ago, but in a changing process as many areas of the city. We concentrate the volume in the middle of the lot, discounting previous and subsequent withdrawals of a strict regulation. These withdrawals allow us to establish future location relationships with the environment that does not currently have much wealth, but is in constant mutation.

Thus, we trace the volume reducibility to a simple and primary cubic entity occupying the maximum allowed and available lot. This lot has 300 square meters and the program amounts to 750 meters. The functions for rest and services are concentrated in the perimeter areas of the first, second and third floors, allowing to trace the boundaries with the street through a controlled opacity in the facades.

The spaces for collective family gatherings are located towards the inside, through spatial sequences: voids that are superimposed in the direction of the sky through all the levels of the project, so that in each space the presence of the other and the relationships are experienced through spaces in movement. In these, there are no established certainties they can change, mutate or redefine.

We understand this spatial continuity as the possibility of erasing boundaries, as an operation that allows a symbiosis between the interior and exterior, so that its inhabitants can define and redefine their spiritual and physical state. Thus, it will be possible to discover that maybe intimacy does not mean loneliness or being apart, and that collective life can sometimes require a state of intimacy as well.

The applicability of concrete, whose formwork leaves a deep impression on the material, allows a reading that mutates according to the shadows depending on the sunpath. Intermediate spaces with the street, meaning balconies, are treated with another materiality, such as a trace left by subtracting the volume, by using wood. 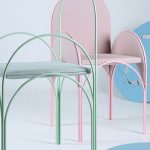 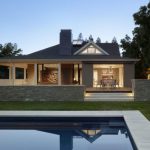