HVAC units really aren’t the most pleasing of architectural innovations, and individuals often struggle with how to decorate or disguise these items in a way to make them both pleasing and still allow for functionality. These three modern options allow for less noisy and obtrusive heating and cooling solutions.

One of the big disadvantages of ductless units is the fact that they cannot be covered. This might seem like it will not help with a modern household, but even if you have a unit that isn’t particularly pleasing, removing the ducts can allow you more options in terms of house design when you are not worried about which walls contain ducts.

Ductless systems also offer more energy efficiency, which means that overall the cost to heat or cool a whole house will be less than if you have a duct system. Individuals who opt to go ductless, even though they were concerned about the visual effects, report forgetting that the unit is even there, as it is generally much quieter than older options.

If you choose to decorate your air vents, make sure that you don’t actually block the airflow or your HVAC unit won’t be able to provide the air you need. One of the best ways to decorate your air vents is to buy commercial vent covers that either matches the environment or are beautiful in creating specific focal points. You can also paint the vents to match the surroundings or purchase a piece of furniture with openings near the bottom to place in front of it that will allow for airflow while also removing the unsightliness of the vents.

Upgrade to a New System

In general, the lifespan for an HVAC unit is around 10 years, but when you consider the differences in technology from 2009 to 2019, there is such a large gap that upgrading your HVAC system may be a fantastic decision. Newer units have been made with this new technology in mind and, as a result, are often far more eco-friendly and financially beneficial than their older counterparts.

New systems will often include things like smart thermostats, modulating technology, eco-friendly refrigerant, and variable-speed air distribution. These features aren’t necessarily focusing on the design, but many of the new systems available do allow for smaller, sleeker units. These units are often also quieter than their older counterparts, which can help with disguising your HVAC unit.

Designing around a HVAC can be tricky, and it’s important to be sure that you pick the correct HVAC for your design needs, as well as your comfort needs. While some solutions may be more expensive than others in the beginning, those that generally cost a lot upfront (going ductless or upgrading your HVAC system) often come with the added benefit of lower energy bills far into the future, and are a great option in redefining the designs of your home. 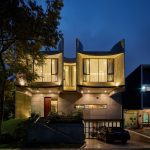 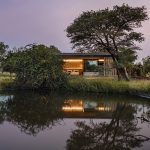