Project: Development of the Former GSP Area
Designed by  Yannis Kizis, Costandis Kizis, Thymis Dougkas, Gregory Patsalosavvis
Location: Nicosia, Cyprus
Website: www.kizisarchitects.gr
A green bypass will be part of Development of the Former GSP Area in Nicosia project as the winning proposal by Kizis Architects. For more images and architects description continue after the jump: The primary target of the project is the change of the scenery: a green land expanded in relieved territory, with strong character, with the dominance of nature, a new experience of a specific public space. The derelict stadium is situated on the most important road axis of Nicosia. The park/square must be dynamically incorporated in that axis, and do not remain a sideway area. The concept of the proposal is born from the bypass of that axis featuring three main targets:

Inward looking green land, isolated from the city and the traffic.
Open-air theater of urban gatherings, as used to happen at GSP.
Commercial support of the operating viability of the project.

The idea of the bypass aspires to serve those three targets by only one gesture: with the folding of the field into a relieved territory, by submerging the ground in its middle and lifting it up at the edges. The “upraising” of the edges mould new urban fronts and offer access from the park/square to the State Theatre’s foyer. Its terrace completes the amphitheatrical public space, turning the theatre to a spectator of the park. Two slots in the ground accommodate commercial fronts along the bypass, whereas a long pergola along Evagorou street roofs over commercial uses, with a water filter in between the passage and the promenade of the park. This “water-curtain” ends in a creek at the open-air theatre’s side, improving its microclimate. 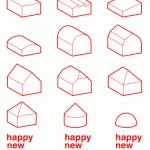