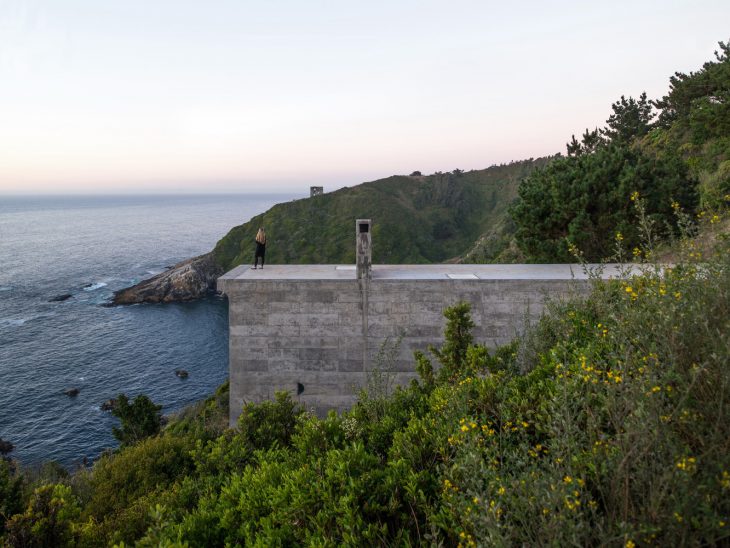 Pezo von Ellrichshausen designed this innovative monolithic 70.0 m2 cottage located in Tome, Chile, in 2017. Take a look at the complete story after the jump. 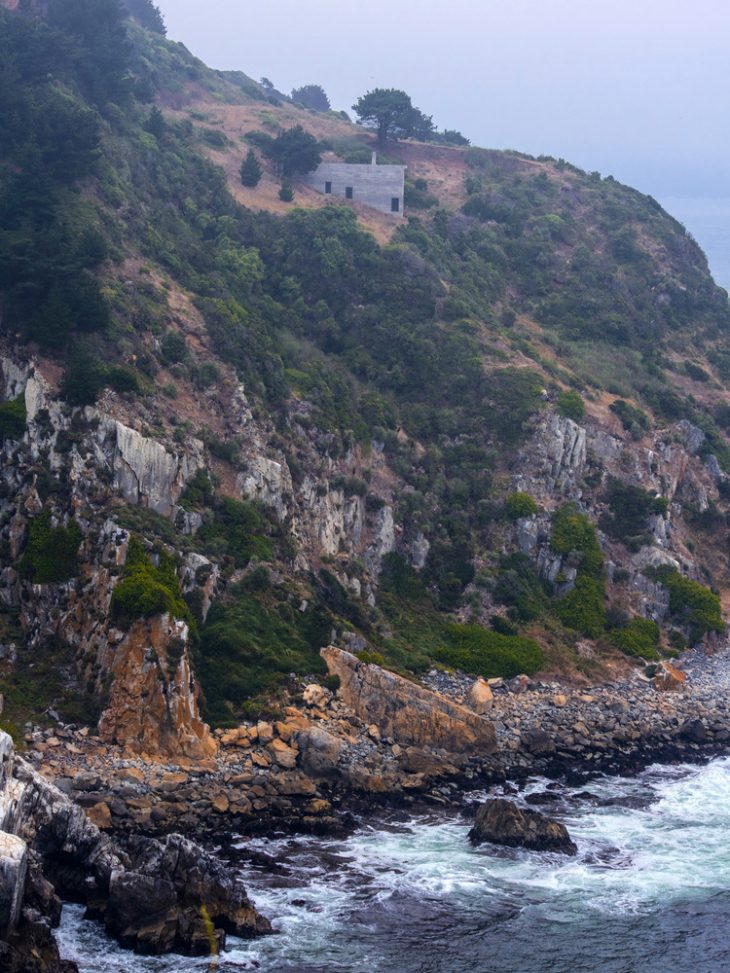 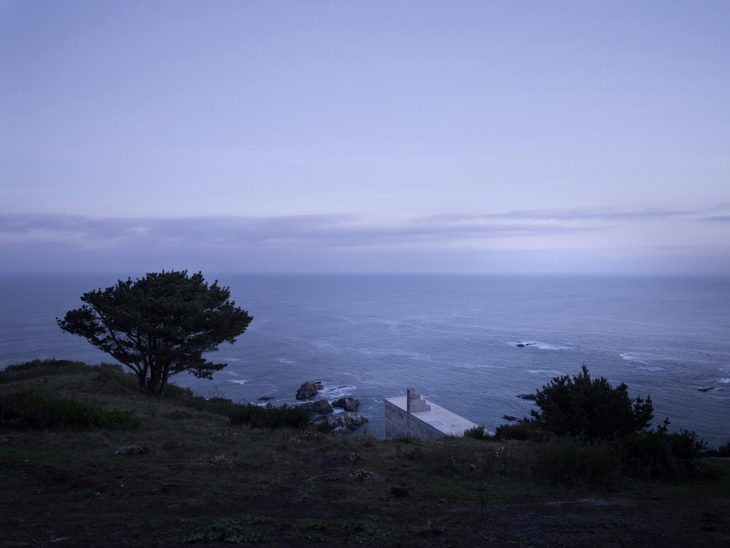 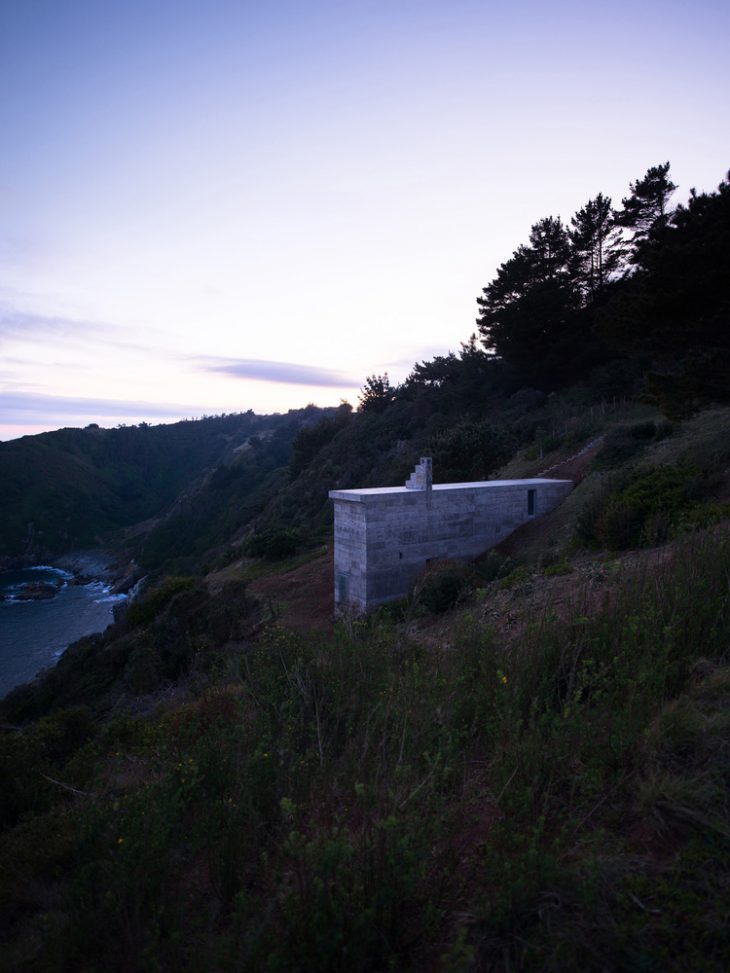 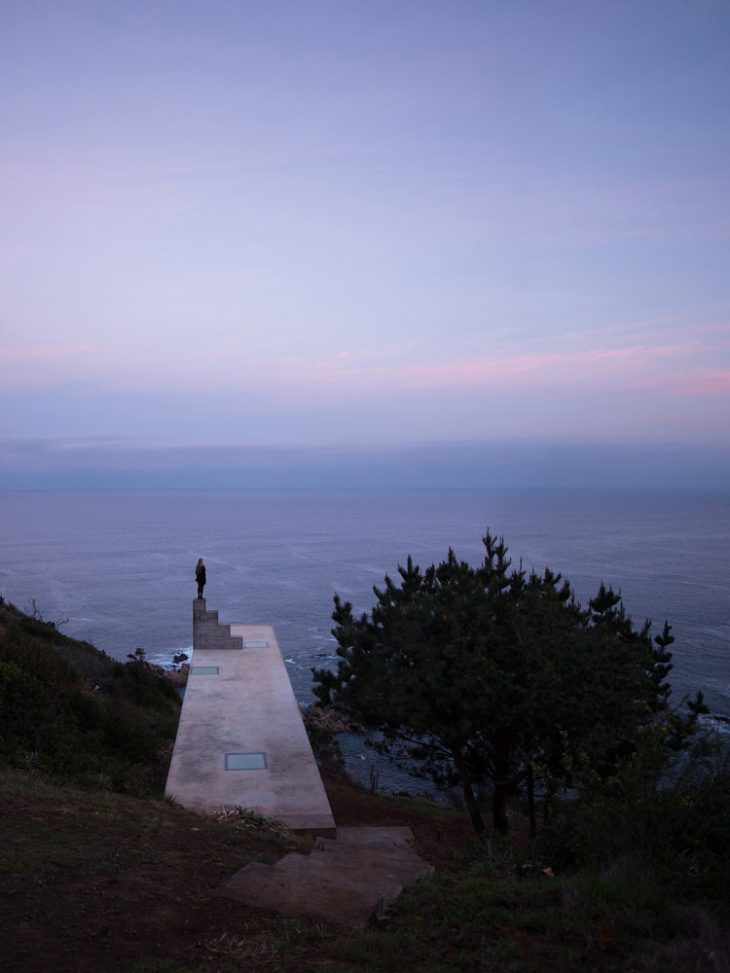 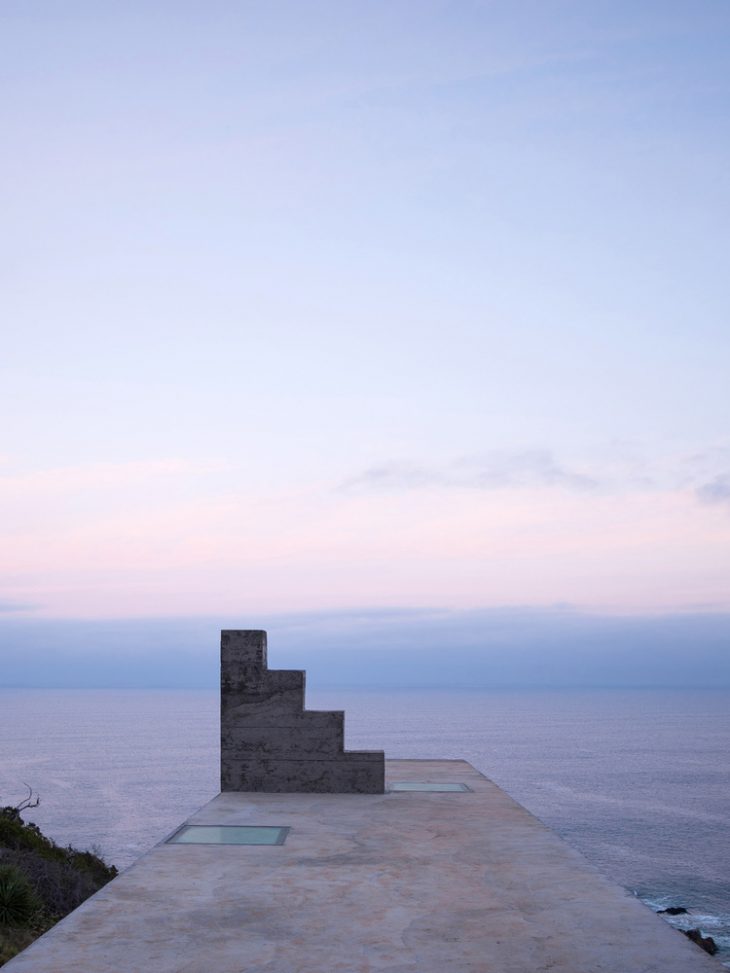 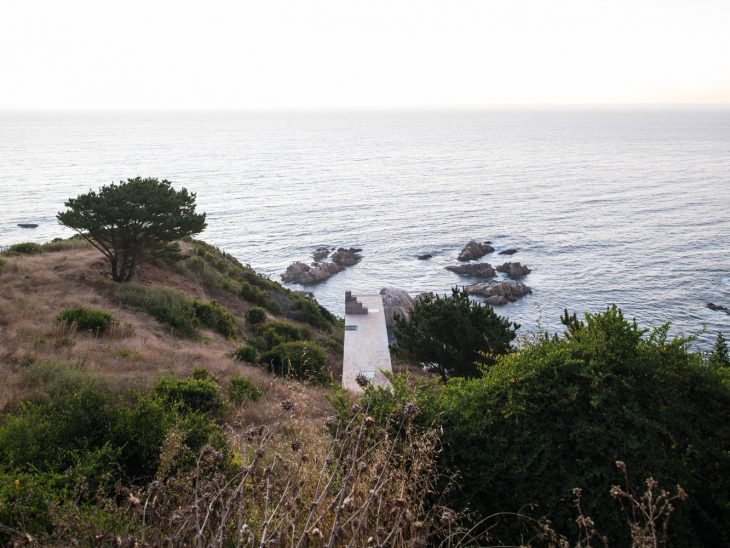 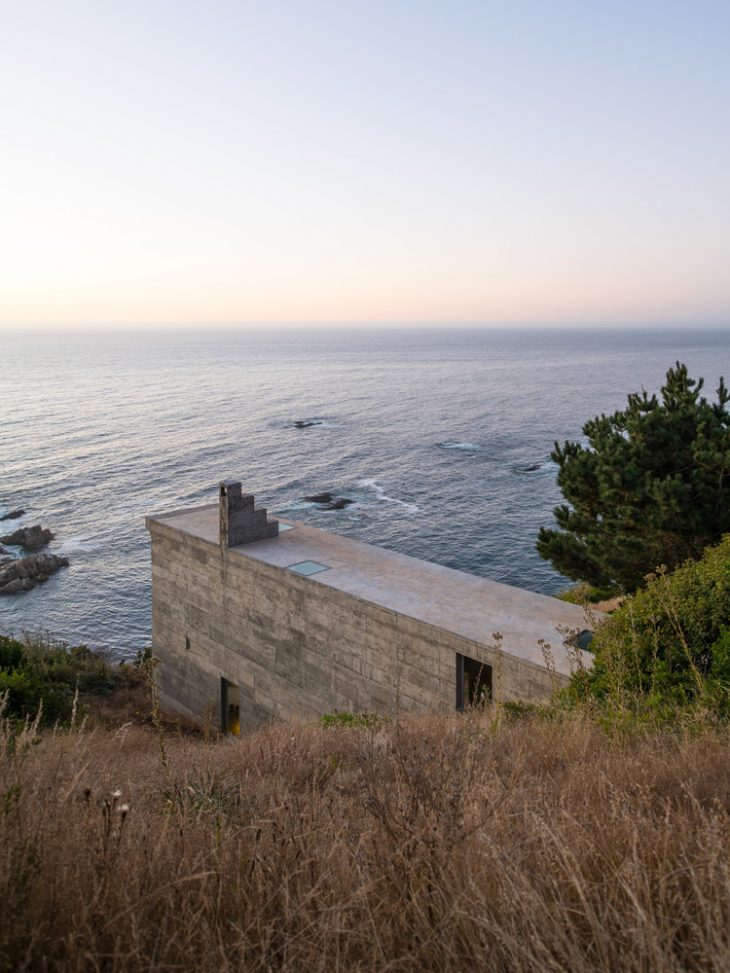 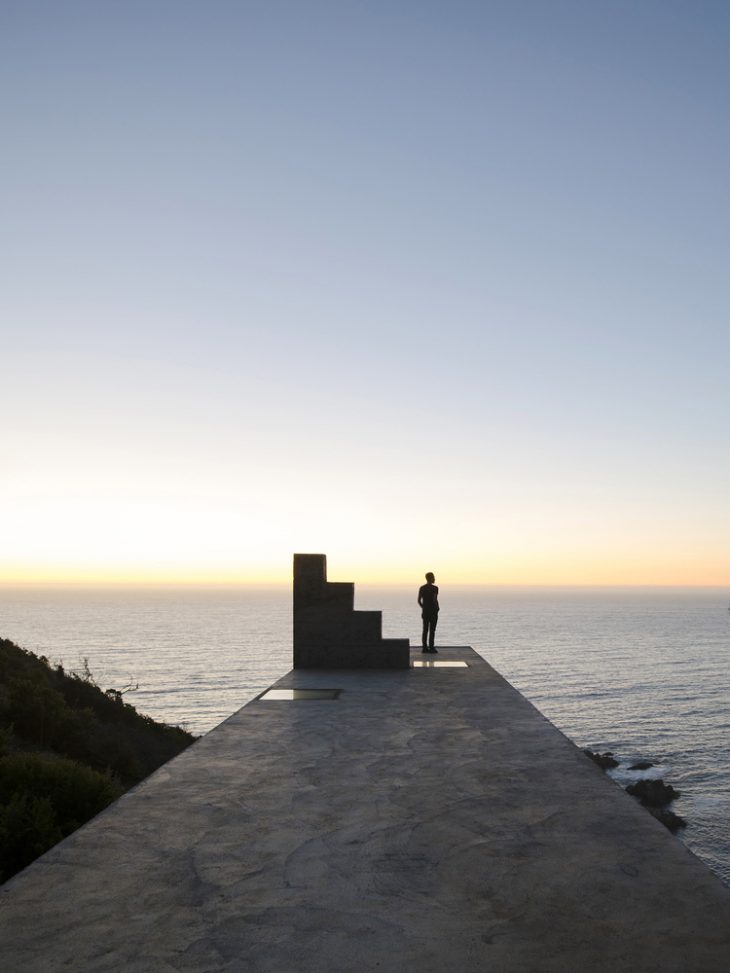 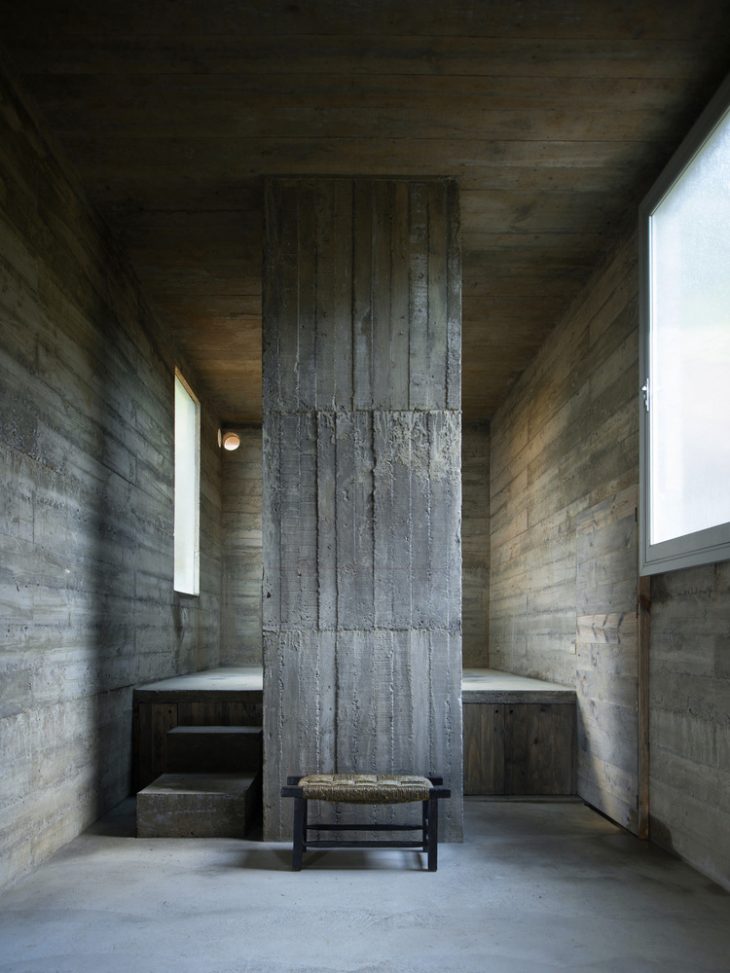 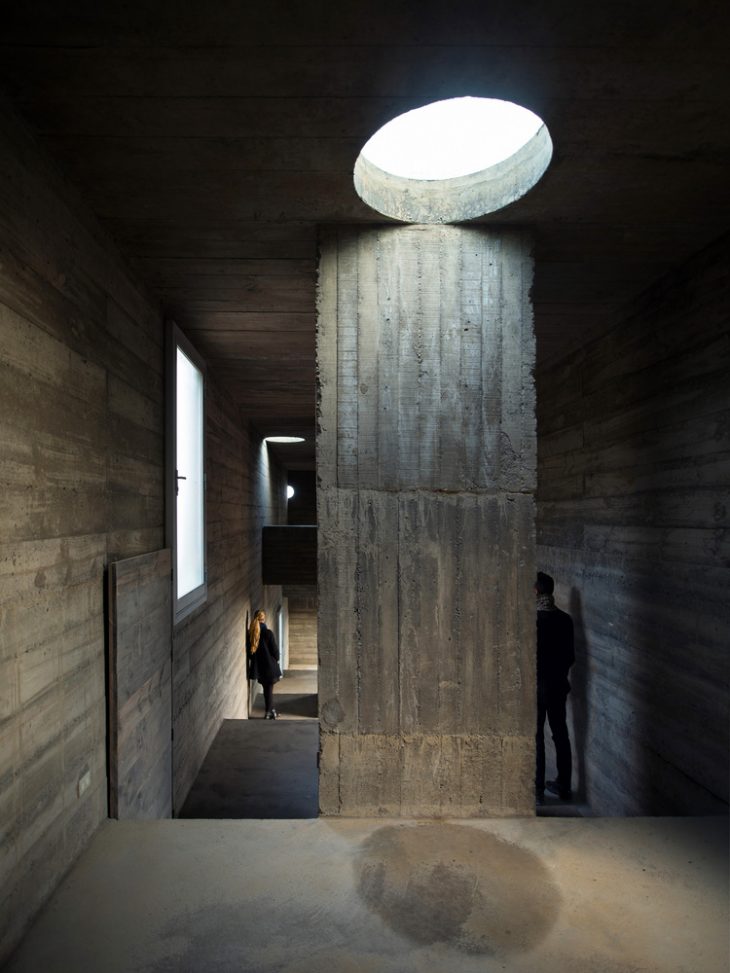 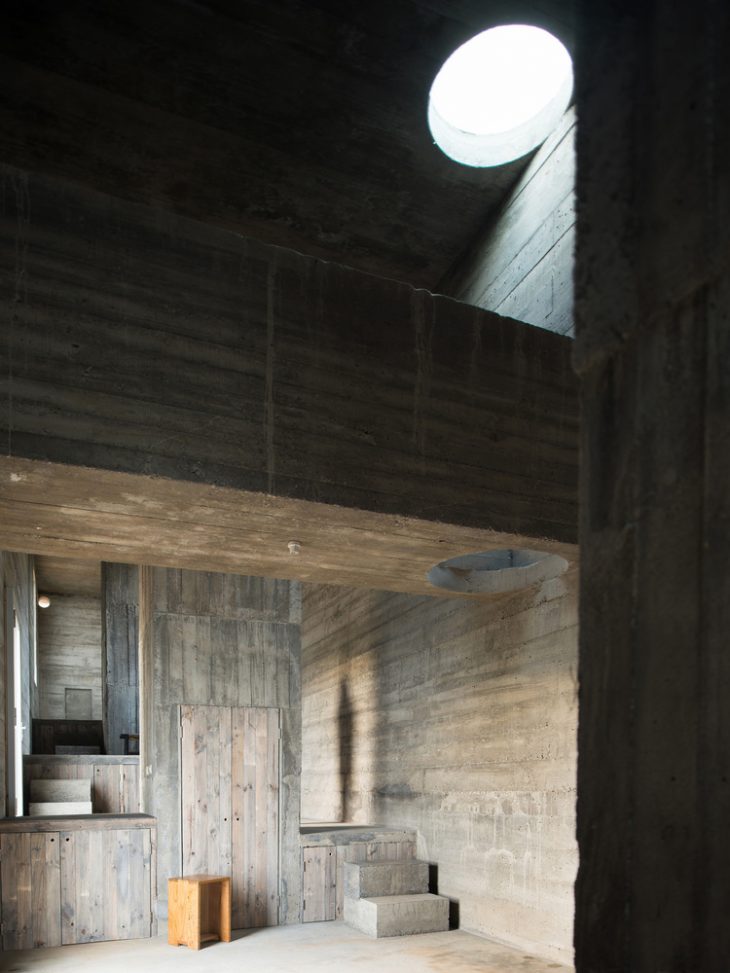 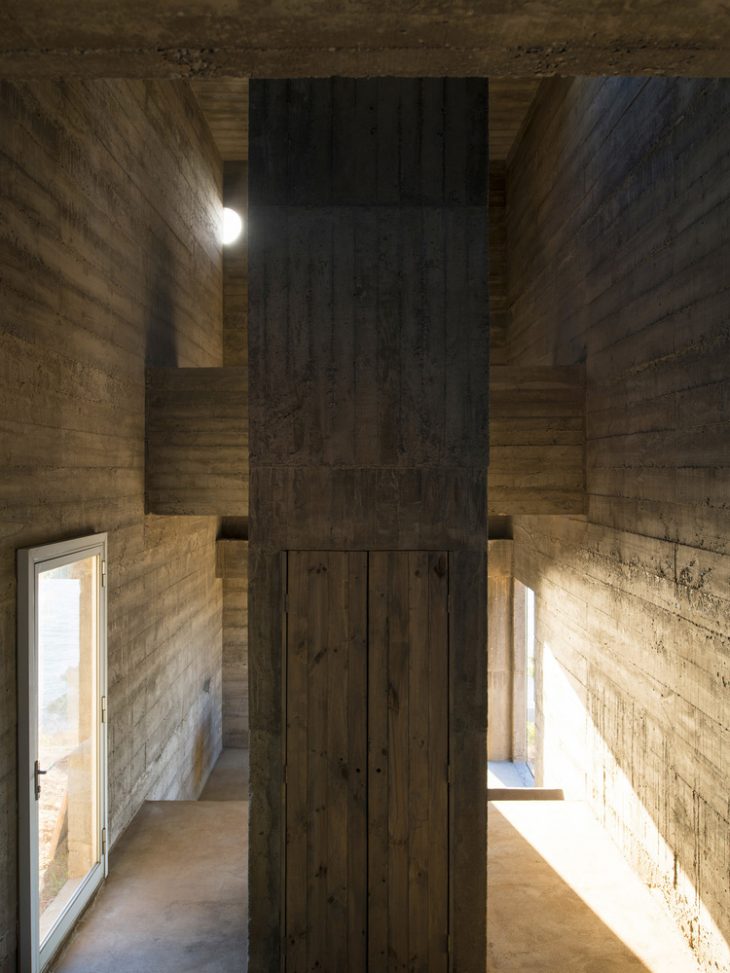 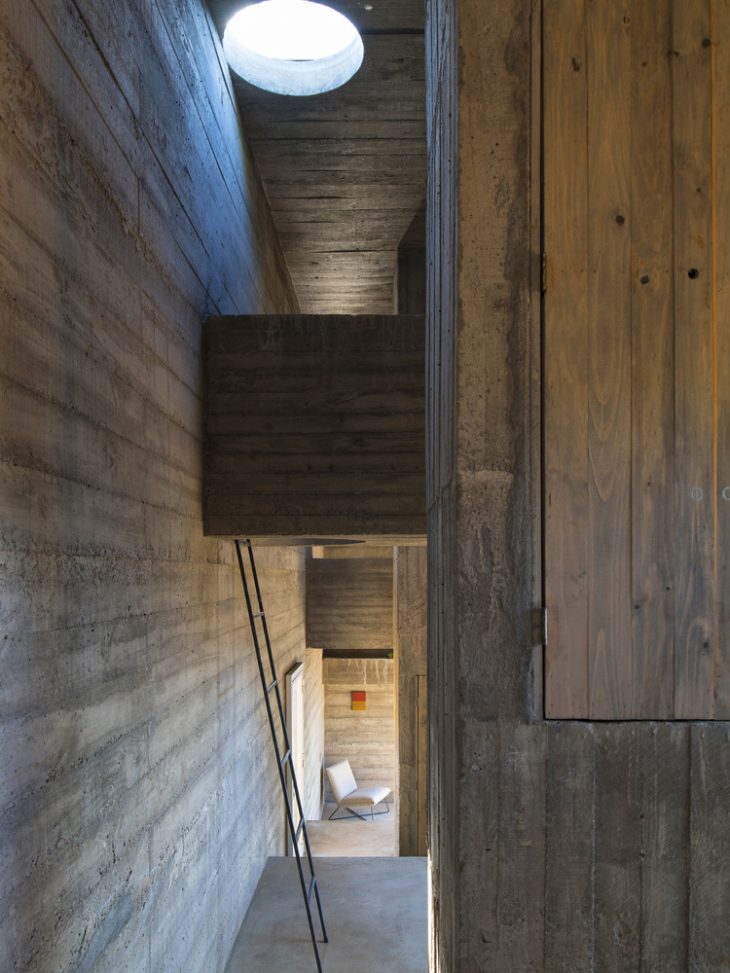 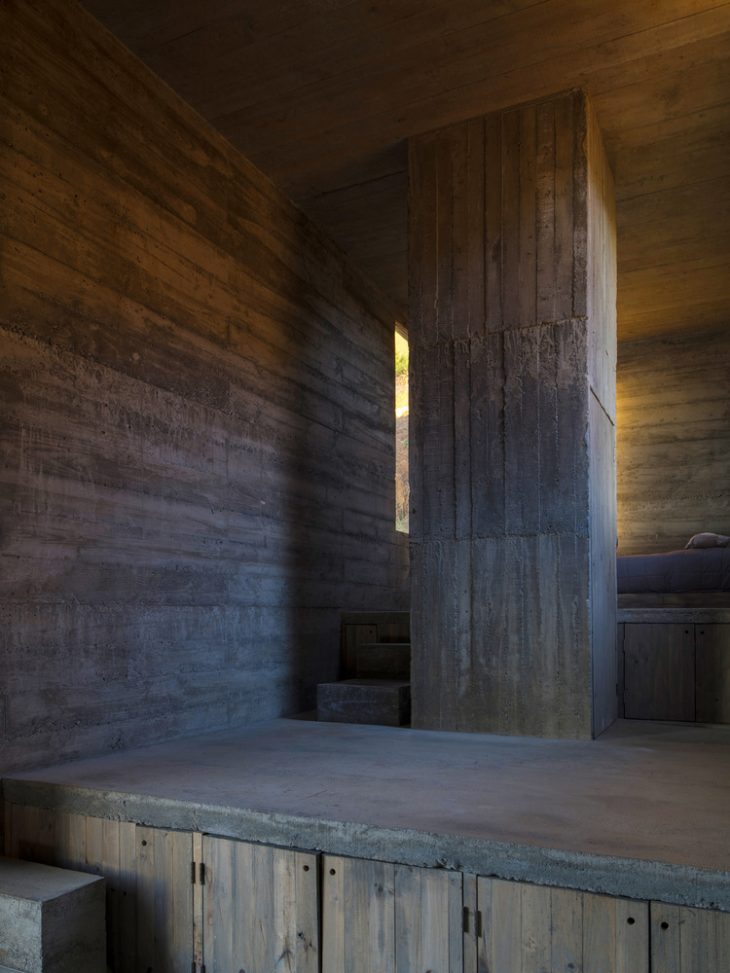 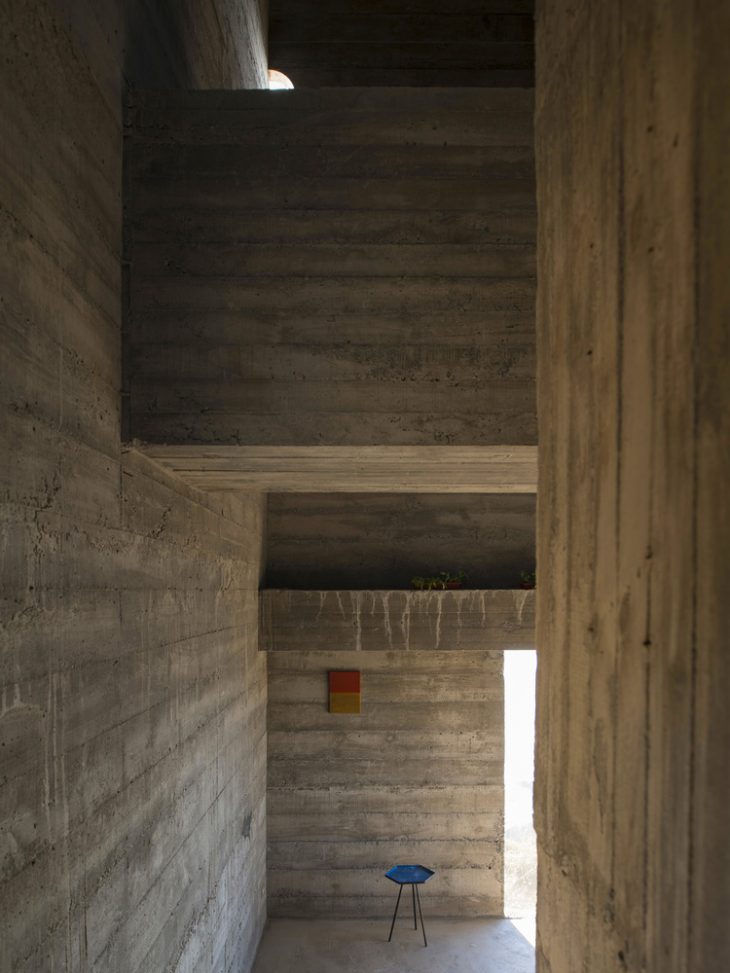 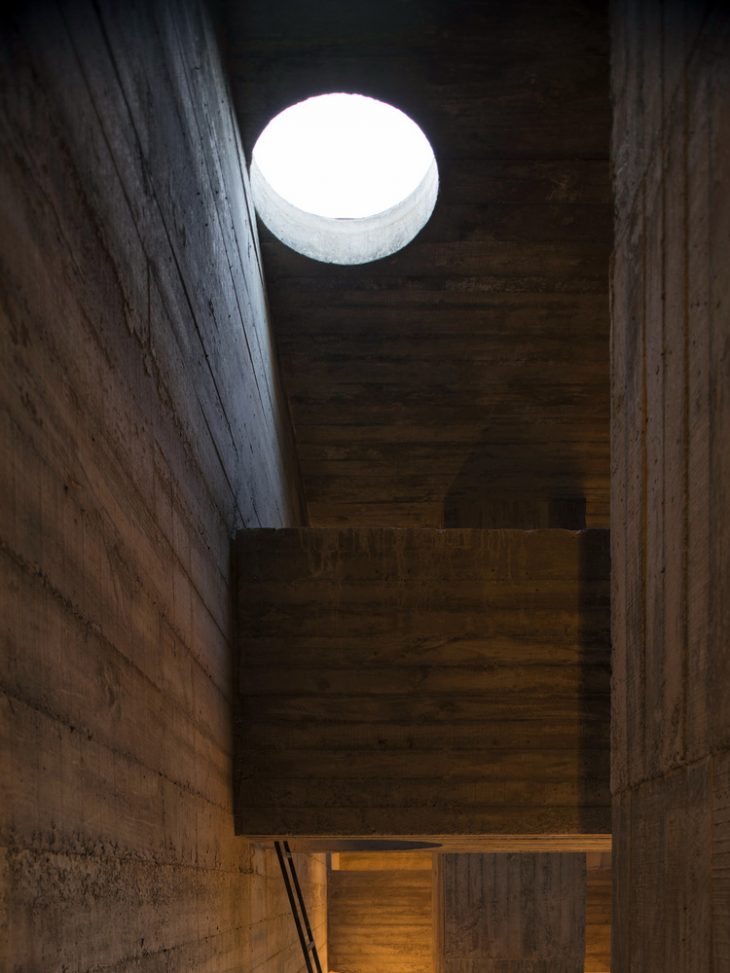 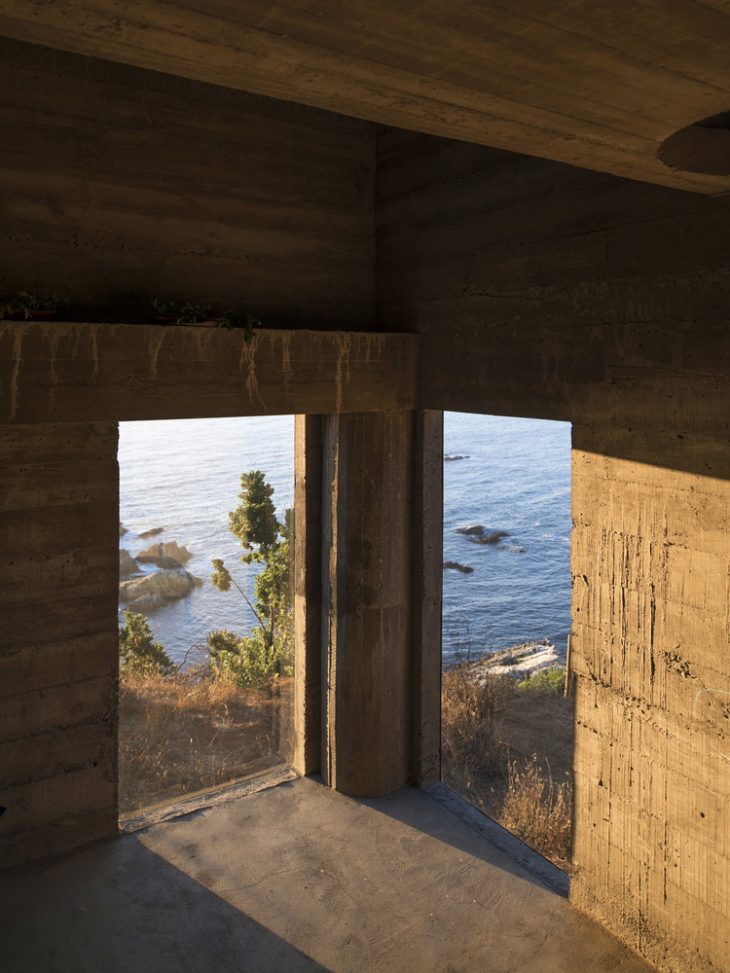 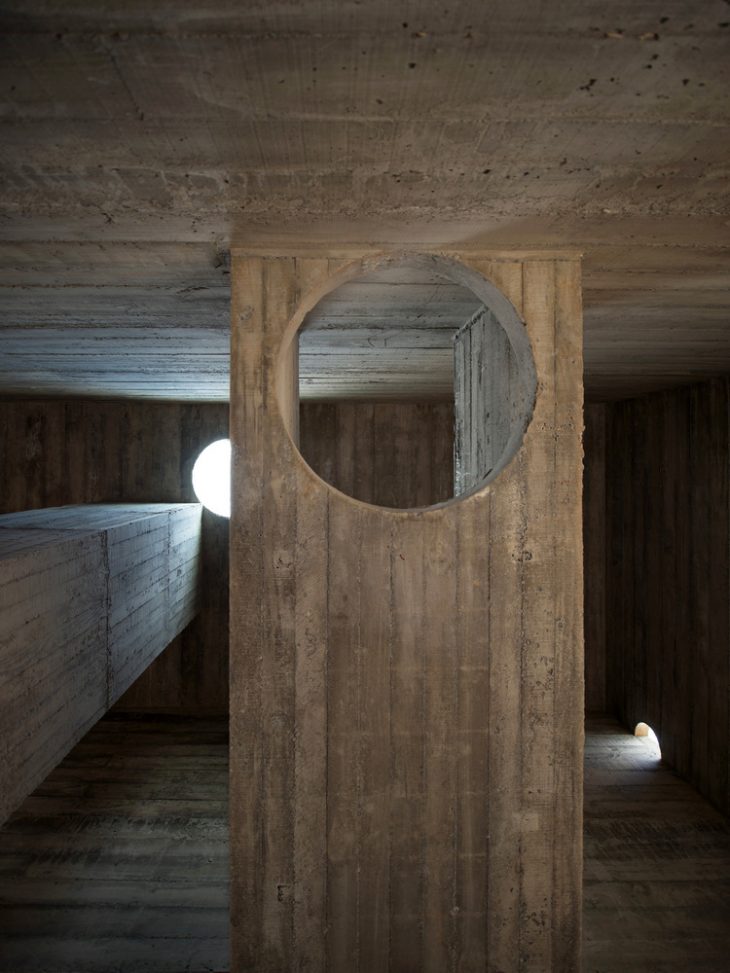 From the architects: Perhaps the only distinction between objects and things resides in their scale. Closer to any natural thing, in its ambiguous scale, this small building is more than a hut but less than a house: it is a cottage. As an opaque block, a monolithic object heavily anchored at the edge of a cliff, it is facing a sea-lion reserve on the Pacific Ocean.

In its under dimensioned thickness, in its narrow and tall proportion, the building could be read as an inhabited wall that runs perpendicular to the natural topography. The height of this wall is determined by two lines: a continuous horizon and a stepped sequence of six platforms that descend towards the sea.

The separation between that horizontal roof (with the function of an open terrace) and the regular extension of the ground (with the informal arrangement of rest, dinning and living), a single asymmetrical room, is interrupted by three massive columns and two bridges. While beds are placed in the upper platforms, with low ceiling, sofas or tables are meant to be in the lower platforms, within a vertical space.

There is a discreet regime of openings at either sides of the long volume with some punctual skylights, a few half-moon perforations that could be used as sun clocks and a singular corner window divided by a round pillar. This is the only window with unframed glass flushed to the outer concrete surface. Mirroring the sunset, an almost impossible and illusory floating rock rests right on top of that reflection. 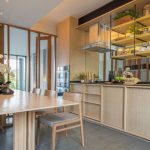 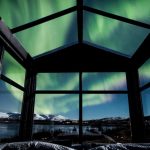