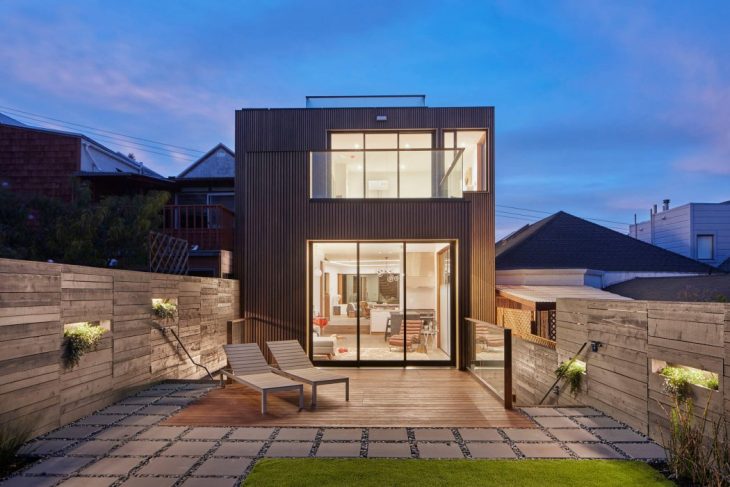 IwamotoScott Architecture designed this inspiring contemporary residence located in San Francisco, California, in 2016. Take a look at the complete story below. 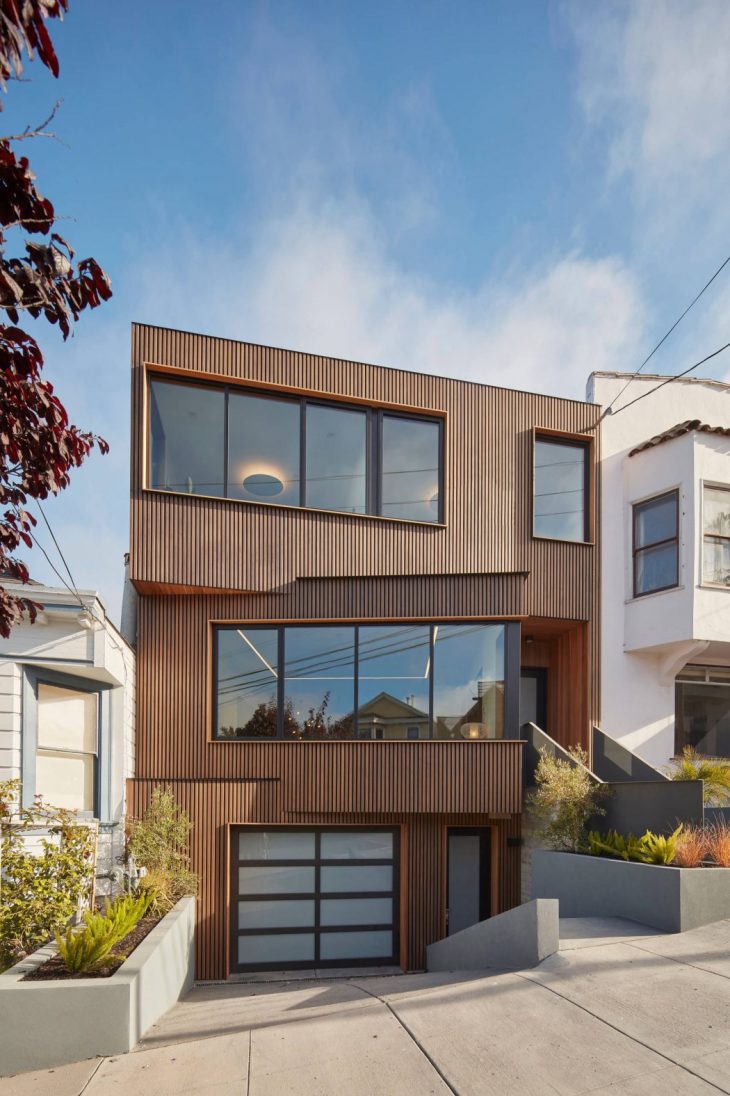 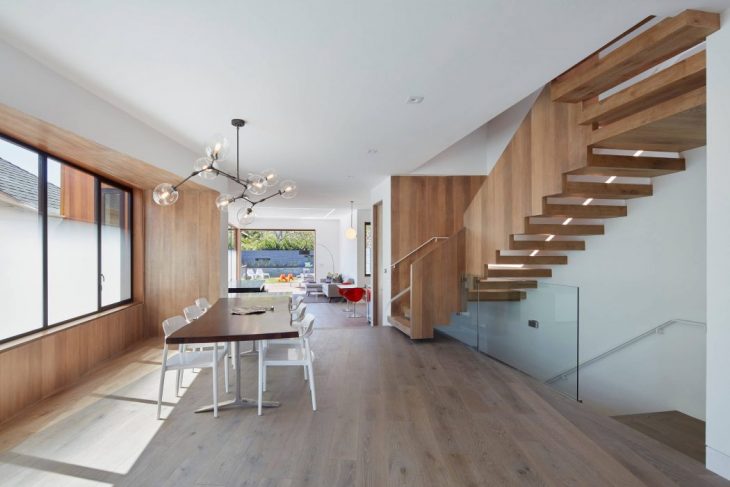 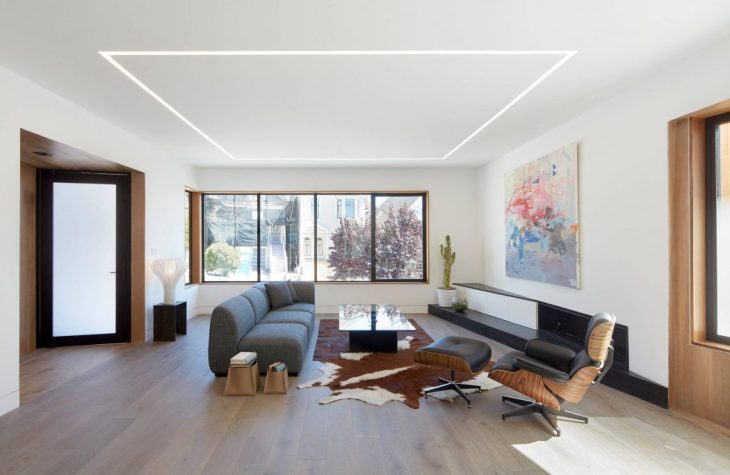 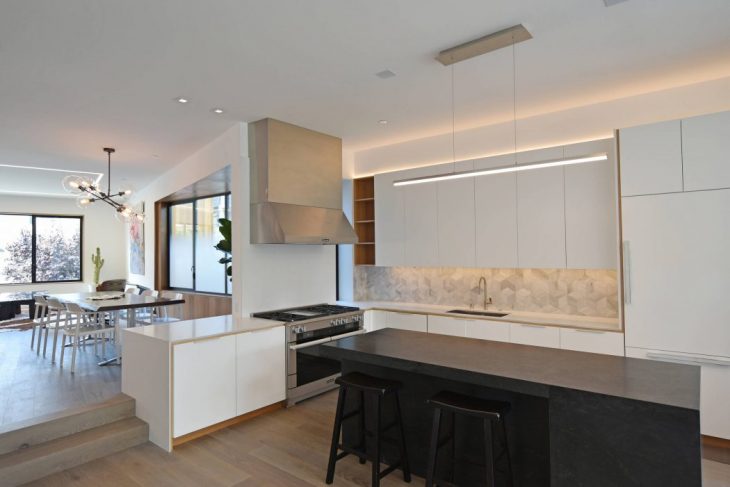 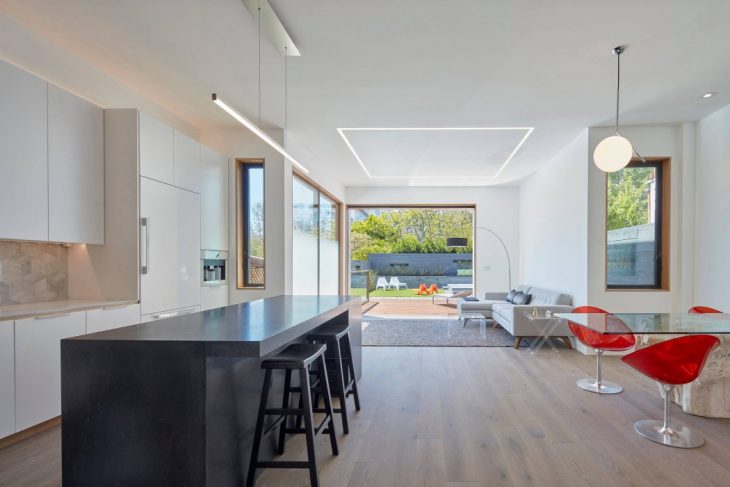 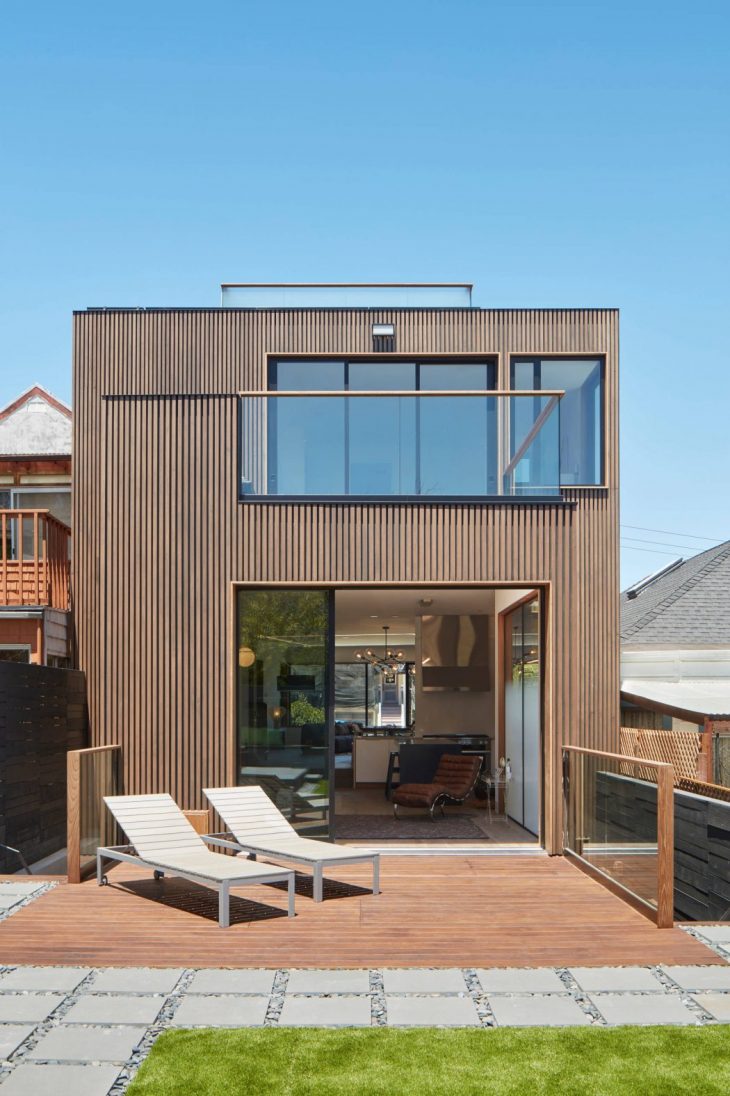 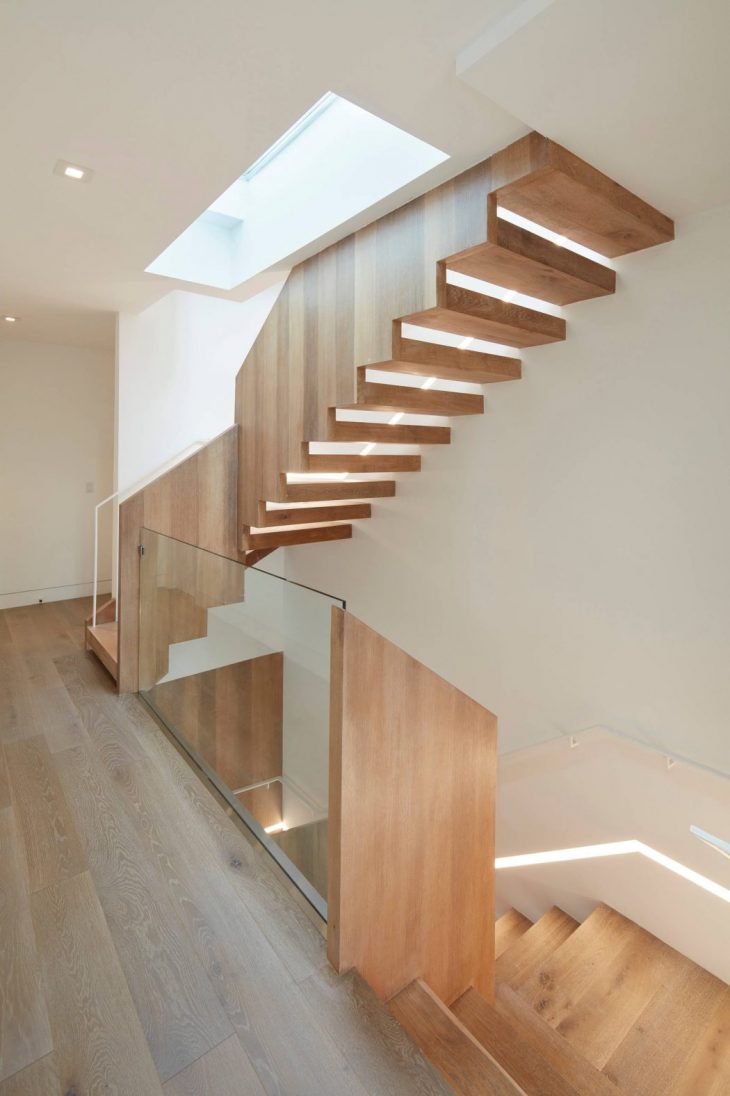 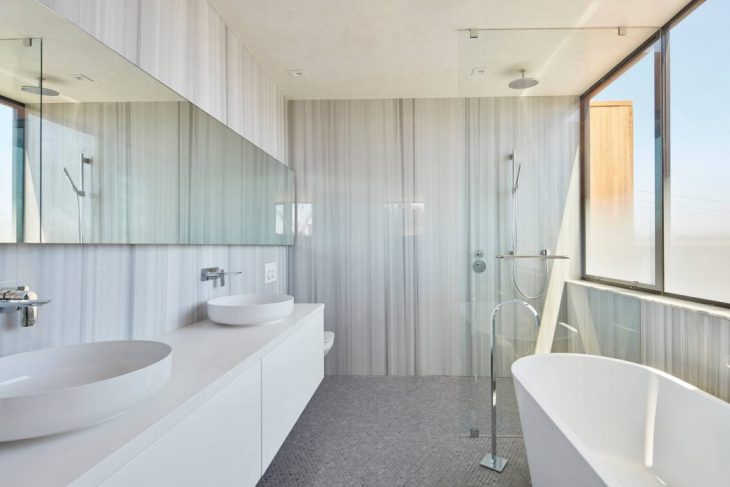 IwamotoScott designed this new ground-up house in the Noe Valley neighbourhood, as a speculative infill development for a builder in San Francisco whom we’ve worked together with on several projects. The site is located on a steep street, but has a fairly level topography within the lot, newly opened up by the demolition of a dilapidated small house at the rear of the property. The subtly-angled facade design was created by adapting to different setbacks of the neighboring houses, and as a response to the downhill views to the east. Exterior materials include both stained clear cedar vertical boards alternating with blackened spacer boards, aluminum windows with clear cedar casing, and cast-in-place concrete site work.

The house is organized around both a lightwell and stairwell at its center. The lightwell is positioned to responds to an existing light-well of the neighboring house, bringing in natural light and views to the sky. Situated at the heart of the house, the lightwell and stairwell act together as a spatial hinge between living/dining and kitchen/family on the main living level, and between kids’ and parents’ bedrooms on the upper sleeping level. Bedrooms and bathrooms on the next level up also flank the central lightwell and stairwell, which culminates onto a roof deck on the top level, with panoramic views of San Francisco and the Bay.

The lower level has an in-law unit behind the garage, opening into the rear yard. The main living level is entered via a front stoop, and houses living, dining and kitchen, with an open family room facing the rear yard. 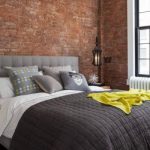 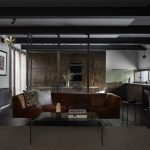