The RooMoo design team created B3, a bistro that is situated in Shenzhen’s Coco Park. The brand inspired the concept. Brunch, bistro, and bar’s first letters were used to create the name B3 for the restaurant. The studio adopts “time” as its overarching theme, reiterating the brand specifications and reinforcing the significance of time for B3.

The first wave welcomes visitors with open arms and is situated outside. It is a metal screen that plays with color and mirror effect by combining many stainless steel plates. The impression that the wave is moving is created by the external breeze on the metal parts.

The entire ceiling above the bar area and the kitchen window is covered by this second wave, which is more noticeable in continuity with the first external wave. While LED light provides a variety of hues at night, the small mirror made of stainless steel components provides a superb visual challenge both during the day and at night.

Above the eating area is where the third wave is placed. Below this wave, time seems to stand still as it becomes flat and devoid of any bricks or metal objects to contrast with its surroundings. This wave’s volume creates a cozy area below it where customers can unwind while enjoying meals.

The designer connected textures and colors in an intriguing way. To create a pleasing texture and pattern, stainless steel mirrors are used in contrast to rough surfaces like bricks or a white wave element is used in contrast to the warm gradient color of the bricks.

The space and the façade are both divided by the bar. The design team intended the bar to be the center of attention so that visitors from out of town would feel at home and invited. The bar’s placement divides the kitchen’s left side from the eating area’s right side. Additionally, it serves as a functional hub for the delivery of food and beverages from the kitchen and bar.

The ARCHISCENE team talked to Marine Bois, the main designer of the B3 project.

What was the main inspiration behind the interior design?

We had several inspiration behind this interior design. Main first inspiration was from the art work of Anish Kapoor’s Sky Mirror, Nottingham Playhouse and other similar artworks with mirror. Using mirror in open space is like an open eye or an open gate in time and space. It was somehow making sens with our concept, as we wanted a space that could echo the meaning of ”B3″.

At the beginning of the project, B3, come from the first letter of : breakfast, bar and bistro. What reflect different time of the day. So we wanted to accentuate the idea that we have different waves of time : morning, afternoon and night in the project. From this thinking, we decided to literally materialize those waves inside the projects.

How important was the light design in the B3 project?

Lighting is everything. In term of intensity of light, we use a dimmer system that can adapt the light according to the time of the day. so we get a warm cozy light at late night and a bit more bright at the middle of the dinner time. We also use different color of light, blue, yellow to orange -red, in order to reflect the natural color of the sky at the sunrise to the sunset color. In order to accentuate the idea of waves of time.

What are the most important features of a restaurant interior today?

The most important features is to catch the soul of the restaurant from the food, the spirit behind the scene in the kitchen and transfer it into the interior scene. In order to create an unique design with a singular identity. Making sens of the entire picture from what we eat and where we eat. ”B3” is run by an energetic group of people, they were already well established in Australia and were willing to extend their business in China. Their food is the perfect fusion between Chinese and Australian food, we wanted for that a space that match the image and the energy of their cuisine. In response, the design team created an unexpected scene, playing with various textures and pattern in order to create enough contrast to reflect this energy in the interior. 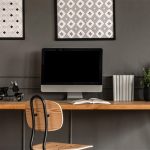 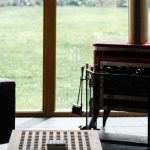