This past winter was relatively mild across the continental United States. There were a few days where certain areas of the country experienced cold, snowy weather. However, the majority of winter was among the warmest on record.

The weather inspired many homeowners around the country to install solar panels, but this interest in solar panel energy is not just for those who are enthusiasts. Many residential installations are being considered because homeowners are realizing that solar energy can help them save money on their utility bills. Buying solar panels seems to be a great idea at the time of purchase, but a number of people have been mis sold solar panels, check out some mis sold solar claims, and see if their claims are similar to yours. There are several other factors that are driving homeowners to contact companies like Cola Solar when they are ready to transition away from the electrical grid like:

As a result, understanding how solar power works involves more than simply converting sun rays into kilowatts. In order to fully understand the process, just follow the light from the sun to the solar panels to your bank account.

Solar panels are made up of many cells, similar to ones that can be seen in calculators that are solar powered. Racking systems are used to help ensure the panels are attached to the roof. Once the rack is installed, contractors will then orient these racks so the solar panels are able to receive the most sun possible. Panels can also be installed in on the ground via a mounting system that can be placed in your yard. Take Advantage of Those Rays

The first thing that most homeowners notice is that once they have a solar power system installed, it is very quiet. The quietness is due to the lack of moving parts. The racking system and the panels make up over two-thirds of the system. The only other necessary part is a simple inverter.

The inverter takes the energy from the sun and captures it in the cells. The energy is then converted from DC (Direct Current) to AC (Alternating Current). Power that is siphoned from the electrical grid uses AC because this allows electricity to travel for many miles without losing any power.
DC is great for power storage. This is one reason why car batteries use DC. It is only a matter of time before homes will be able to store power as well.

Do Not Forget Bill Payments

Although many would argue that this should have been the initial step, it is important for homeowners to understand how this type of power works so they can understand how to calculate their bills. Currently, there are several ways that homeowners are able to install solar arrays on their property.
The simplest way is to purchase solar arrays and have them professionally installed. You can also lease arrays from a company that sells them, installs them and maintains them. The final option is to obtain them through a purchase agreement.

In recent years, homeowners have shown they are no longer afraid of solar power technology. A tipping point has been established and more people are now looking for a reliable, clean and affordable energy source. 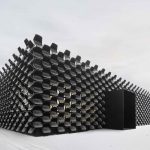 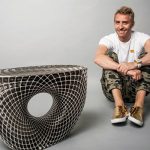